It was the strange and turbulent summer of 1968, and Van Morrison didn’t quite know what he was doing in Boston. He’d already achieved garage-rock immortality back home in Belfast by fronting the band Them with songs like “Gloria” and “Here Comes the Night.” Now, however, the moody singer suddenly found himself without a band, a record label, or even a steady gig. What he did have was a reputation for personal and aesthetic difficulty, some compelling new material about a Belfast street called Cypress Avenue and a mysterious Madame George, and an undeniable onstage charisma. He was desperate, lovelorn, and about to make some of the greatest music of his life.

Astral Weeks is many things to many people.

All great records inspire devotees—that’s part of their charm—but not all great records are worshipped in quite the same way. Astral Weeks is many things to many people: ineffably romantic, poetic to the point of high modernism, full of hope and yearning and despair. Bruce Springsteen said that it taught him to believe in beauty and Martin Scorsese said the first fifteen minutes of Taxi Driver were based on it. But the record’s quavering lyrics and brilliant instrumentation didn’t just pour from the slipstream of Morrison’s imagination. As Ryan H. Walsh’s engrossing new book explains, Astral Weeks was a part of the turbulence of its particular place and time: Boston in 1968.

Walsh is a journalist and musician hailing from Boston, and a founding member of the acclaimed indie group Hallelujah the Hills. As an Astral Weeks superfan, he appreciates the music with a scholar’s devotion, but don’t be disappointed if you’re looking for an explication of the record’s many biographical, literary, and symbolic references. That book has yet to be written. It’s true that Walsh has plenty to say about the record’s complex backstory, but his narrative zooms out to offer a sensitive and clear-eyed appraisal of straitlaced old Boston’s tumultuous encounter with the late sixties.

Boston’s puritan and radical histories run deep; the late sixties brought the two into constant conflict. Howard Zinn led antiwar protests on the Boston Common, wondering if there were any safe spaces left for dissent. James Brown exorcized the rage following the King assassination by permitting his concert at the Garden to be broadcast over the radio at the pleading of the jittery city brass. Shakespeare professor David Silver was given a show on Boston public television based on a curiosity about turning the airwaves into an avant-garde petri dish. Two rogue Harvard psychologists named Timothy Leary and Richard Alpert (later to be known as Ram Dass) were conducting the first ever acid tests in leafy, suburban Newton. Leary’s enthusiasm for heroic tripping isn’t as enticing in hindsight, but a maturing, science-based attitude towards drug policy had to start somewhere. For a little while, in the so-called “hub of the universe” everything seemed up for grabs. Walsh quotes a protester on the city’s revolutionary vibe: “You could just feel it, there was something in the bricks.”

Musically, Boston has its share of homegrown talent and one thing it can always offer is a receptive audience. The “Bosstown sound” was supposed to be the Next Big Thing but an East Coast version of psychedelia turned out to be a contradiction in terms: there wasn’t much aesthetic or commercial potential for a band named Ultimate Spinach. But Boston will always have bragging rights for providing The Velvet Underground’s favorite venue during its visionary run at the legendary Boston Tea Party.

Shortly thereafter a shy VU fan from Natick named Jonathan Richman started performing his oddly earnest songs at open mics, slapping his baseball glove for percussion. “I knew I couldn’t play or sing like the other guys. I figured I had a feeling and that was enough,” Richman recalled. “I knew I was honest.” Richman learned how to play guitar from hanging with the Velvets and formed The Modern Lovers, whose sole record is still a masterpiece and whose other members eventually joined The Talking Heads, The Cars, and The Real Kids. WBCN, an independent radio station with subversive roots, began broadcasting from Newbury Street, helping to forge the important connection between discovering the latest music and finding out where to see it live.

There were, of course, plenty of countercultural misfires. The elusive Mel Lyman gets quite a bit of space in Walsh’s narrative—a good deal more than he deserves, even if he was a part of the scene. The kooky harmonica player/guru comes across as a kind of Manson-lite at times, with better musical skills and fewer lurches into homicidal delusion. The provocative newspaper Avatar, produced by Lyman’s commune, was hotly debated in courtrooms on free speech grounds but evidently had little to offer besides paeans to Lyman’s all-consuming wonderfulness and poems penned by the charlatan himself full of ridiculous phallic imagery.

Boston today isn’t what it was fifty years ago, and Walsh’s history unintentionally demonstrates how sedate the city has become.

Between dodging mafiosi associated with the ill-chosen label for his solo work, Bang Records, and recording throwaway demos to release him from his Bang contract, Morrison started a trio in Boston named The Van Morrison Controversy. While he was workshopping the songs that would eventually become Astral Weeks, his former sidemen recall that Morrison was usually one step away from a meltdown or an unforgettable performance. Those in attendance are still awestruck by what they heard. Apocryphal bootlegs of these shows do exist, but we most likely won’t be hearing them anytime soon. Peter Wolf, formerly of the J. Geils Band and an old friend of Morrison’s, has some of the tapes in his personal archive but considering the paces he put Walsh through to hear them, they probably won’t ever see the light of day.

Obviously, Boston today isn’t what it was fifty years ago. Perhaps this is the way of all things, but Walsh’s history unintentionally demonstrates how sedate the city has become in contrast to its freewheeling past. For one thing, the rent is too damn high: gifted but eccentric artists like Morrison or Richman couldn’t survive now just from gigging around the city playing uncategorizable, uncommercial music. Venues are closing all over town, due to rent hikes and development. The city’s vanishing bohemian fringe also proved vital to the eventual triumph of the record—and by extension, Morrison’s fifty-year solo career as one of rock’s great eccentric visionaries. As Walsh reminds us, Astral Weeks flopped at first, but slowly caught on through word of mouth. If it were released in today’s placeless, consensus-friendly streaming music scene, its epic songs and ethereal vision might well have sunken promptly into oblivion.

Nowadays, Boston’s brave new innovation economy funds science and tech projects galore but the city’s august institutions don’t often direct their massive endowments into the arts. Mostly they just buy up real estate. In major media outlets arts coverage is shrinking precipitously. Niche-driven media concentration has made it highly unlikely that an experimental show like Silver’s would come in for serious consideration, let alone be broadcast. In the nineties, WBCN was the north star of my radio dial, but it was eventually bought out and replaced with a contemporary country station, as was WFNX, its spunkier cousin. The Boston Phoenix, the beloved and long-running alt-weekly that began in 1966, went belly up five years ago and no other independent media concern has come forward to fill that crucial public space.

In some ways, the ghosts of 1968 are still with us, both in Boston and in the country at large. Some are still pushing on the doors those ghosts tried to open, and Walsh’s narrative keeps their voices alive. Maybe, if we listen closely, we can still hear the stories they have to tell and recall what it meant to be creative in another time, in another place. 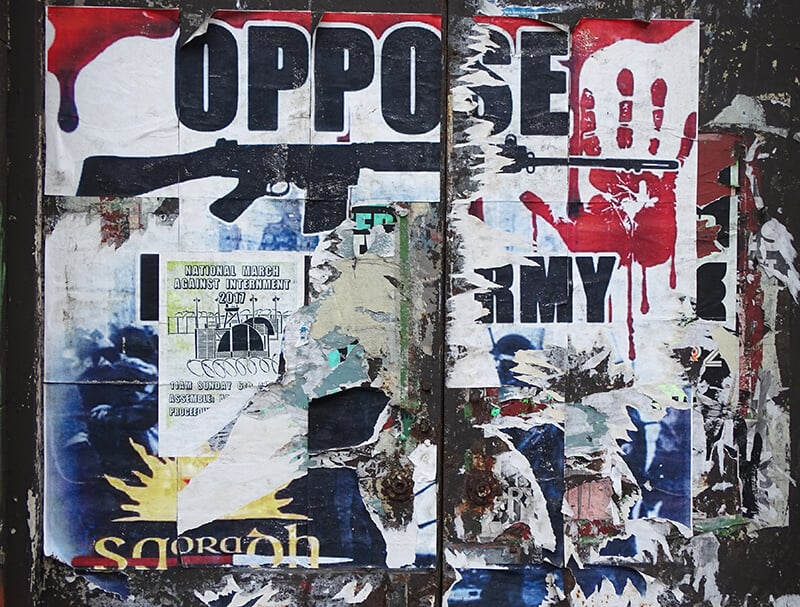 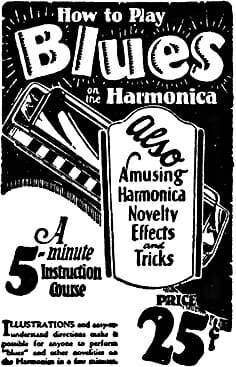 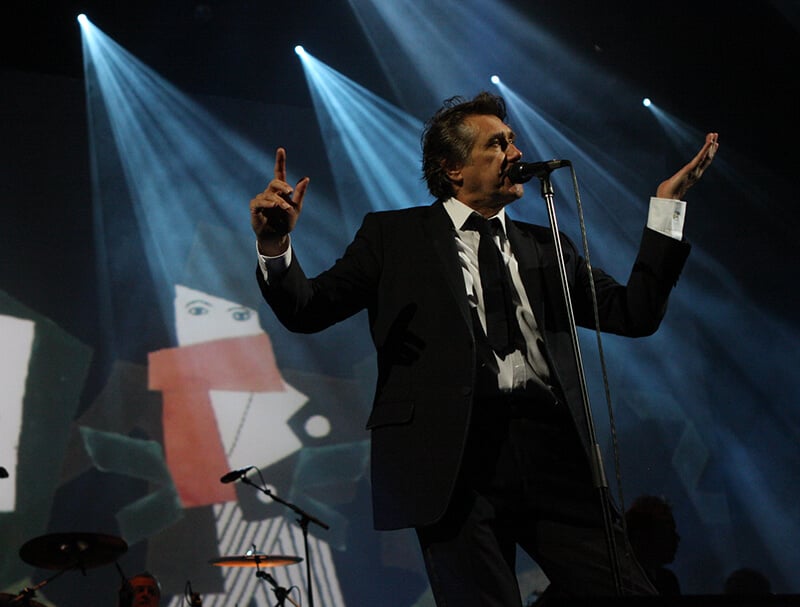