Jeremiah Moss’s Feral City begins with an invasion: new tenants have moved into his apartment building in the East Village. Moss responds by eavesdropping on them, observing their comings and goings via peephole, and Instagram stalking them in a hateful reverie.

Quickly, Moss’s hatred becomes so profound that he develops an “irritable bowel”: after attempting elimination diets, taking tests, and submitting stool samples, he surmises that “the IBS is a hysterical symptom, but I can’t prove it because the one irritant I can’t eliminate is the New People.” This, then, is how the Pandemic Liberation Gospel begins: with Moss hating his neighbors so much he starts shitting himself. But Moss knows that hatred of one’s neighbors is not a sufficient basis for a book with “finding liberation” as its scope. As such, before he can elaborate in full his collection of intra-bourgeois hatreds, he defines them as characteristics of a single cohesive sociocultural group, the “New People.” Persons fitting this “type” are described as exhibiting the following unforgivable traits:

The admittedly abrasive behaviors of Moss’s neighbors are remade into something we are supposed to ascertain as a social class—especially given the helpful clarification that the New People are uniformly white and, to some degree, rich. Moss is, by his own admission, a self-described “middle-class professional” “class climber,” as well as a “gender climber, moving from less privilege (female) to more (male), from gender-nonconforming to gender-boring, from visibly queer to passably not,” and finally, a deracinated white man who has “managed to shed the more obvious traces of my ethnicity” (Italian, it seems).

In the same passage, Moss remarks that “you might say I have gentrified myself.” That this declaration of standpoint and identity comes much later in the book (not until chapter nine) leaves his initial establishment of the “New People” as other, foreign, and rootless altogether free of any actual basis for their existence beyond the psychological. When he declares that, using his psychoanalytical training, they suffer from an “absence of mind,” this sounds damning. But at this point in the book at least, it is difficult to not see in Moss’s excoriation a desperate attempt to define himself from the outset as one of the good ones. Doing so requires him to first construct a class out of whole cloth.

The “New People” pseudo-class distinction becomes more incoherent with repeated use—a shame because Moss seems to think that their cameos over the course of the book suffice as a quick adrenaline shot of meaning whenever the narrative begins to flag. At one point, a family of “New People” function as a backdrop for a meandering exegesis on Lee Edelman’s figure of The Child; at another, they appear as “static generators” muddling the true “poetry of the streets,” in a pseudo-mystical interlude owing to theosophist P.D. Ouspensky; and at the outset of the pandemic (the fabled “NYC is dead” period in spring/summer 2020), their disappearance is explained as “elite panic,” which turns over into a defiant manifesto on how Moss doesn’t need Prada (like his friend “T.” does), but is vitiated by the true city beneath. He couldn’t just run to the Poconos or the Hamptons; Moss needs to be where the action is.

With glee, he tells us that the escaping New Yorkers (which he elsewhere professes to despise as “Leavers,” another class having broad overlap with the “New People”) are actually creating the conditions necessary for a nostalgic revolution. “In the American imagination,” he says, their flight into the countryside reframes the city as “the stigmatized Other, the diseased Rotten Apple,” just like how it used to be: a space of revels and queerness and dis-alienation as people finally put their phones away and Live in the Moment. Finally, Moss is free to get a slice of pizza, writing “if I die for this pizza, I will feel regretful, but at least I will die a New Yorker.” Which is, of course, about as good a thing as any to die for if you’re a person who believes in nothing.

The book’s sum of pages and pages filled with alternating paragraphs of pop-theory schlock, psychological ruminations, and self-obsessed diary entries are all bent to the purpose of differentiating Moss from his class fellows by erecting a new schema in which lifestyle choice becomes the only relevant metric. Every mention of the “New People” is doubly revealing. It goes without saying that they are revolting creatures, the grinning progeny of this or the other venal and psychotic Vice President of Marketing or Managing Director or Analyst or whatever. But Moss is also revealed in his repeated inability to meaningfully separate himself from them, instead relying on recorded behaviors and psychological imputation to protest that he is fundamentally different. He isn’t. He lives in the same building, has the same type of job, the same proximity to a genteel life free of concerns over money or status. But, he says, they are devoted wholly to the “normative order,” and he is not.

In chapter six, “The Cop in My Head,” he elaborates further on this “micro-control, not unlike micro-aggression” in which “it feels like the New People are telling us we don’t exist,” which he surmises “might be because they don’t want us to exist,” that is, he and his fellow “deviants.” The subsequent explication (“To theorize what might be going on inside the hyper-normal psyche, we need psychoanalysis”) is Moss’s most forceful attempt to establish a coherent basis for the “New People,” which he now reveals as avatars of control, making sure to employ the big grad student watchwords and neologisms: the problem is neoliberalism, it’s “free-market capitalism,” the “app world,” the assault on subjectivity, Foucauldian discipline, heteronormativity, “quiet weapons of social control” —“because the normals are the cops.”

But they aren’t. Cops are the cops. Feeling weird riding your bike around Washington Square Park is not the same as getting tear gassed or blinded by a rubber bullet. This simple fact is missed as he rushes headlong into yet another clever disaggregation of social reality for personal vainglory: the “New People” to the side of Order, and himself to the side of the Deviants. Yet this psychological factionalization means almost nothing on the ground. In the back half of the book, which is meant to be read as a riot journal of Moss’s time in Abolition Park (the City Hall occupation), outside Stonewall, in Washington Square Park, and riding his bike with various marches, there are three separate occasions where the group he is with is beset by NYPD riot cops, and in all three instances, he gets away scot-free while others he is with are beaten, detained, etc., in accordance with the usual tactics of the police (who Moss still can’t bring himself to refer to as pigs).

Of course, attending protests is laudable in the way that doing so was and is the bare minimum to be expected when a powerful social movement, like the one that erupted to protest police brutality after the death of George Floyd, asserts itself. But this is not a class distinction either. Liberal reformers are still liberals. Ethical dilettantes in the bourgeoisie are still bourgeois. And when Moss makes repeated trips to Occupy City Hall for the “free breakfast,” no amount of contemplation about how “humans are wired to equate food with love” or how his donation to pay off his tab is “transactional” and therefore unnecessary can elide the fact that he treated the occupation like a diner. In Feral City, Moss has managed a neat trick: getting his own neurotic handwringing published as an incendiary manifesto for urban liberals and by urban liberals.

This carries us to the central issue with the book: by dealing entirely with internecine bickering in Moss’s own economic class, the Deviants, the homeless, and the protesters become shallow window dressing for his own journey of discovery. There are almost no appearances of any actual workers who don’t get the luxury of being a Leftover out of a warped sense of aesthetic devotion, outside of brief mentions of the early-pandemic evening applause sessions and offhand comments about delivery workers. Instead, Moss sets about describing his interactions with a colorful cast of characters he has personally cathected to: there’s the “Jesus of Washington Square,” “the Leader,” “Bathroom Guy,” “Lip,” “The Joker on NYC,” “Stickers,” “Crackhead Barney,” “El Pollo Loco,” “Officer Chris P. Bacon.” These dramatis personae are all described lovingly, in great sartorial detail that reminds one of the psychotic cataloguing in Bret Easton Ellis’s American Psycho. (Moss himself seems to think he makes a personal statement by buying and constantly wearing a “New York Fuckin City” shirt he bought in Soho or something.)

All his characters swim into view when a footstool is needed for Moss to put his legs up and do some ruminating, then fade away just as quickly, allowing him to demonstrate his affiliations with the “joyful madness” and the “city’s id” and the streets’ reclamation “by the Blacks, the queers, the socialists, the freaks” against the “New People” and “their white male grievance,” their desire to “exert the Law of the Father over the liberated, feminine-chaotic city.” But these people are tools to alleviate Moss’s anxiety over his class position—an avenue for the fetishization of the gutter, for informality, for “chaos” that even in moments of solidaristic freedom always returns to his own irritations: “How is it that on a wide, empty sidewalk, a hyper-normal will slam into me, but in this crowd there’s no collision? We are awake and attuned. What looks like chaos is a complex system, the organic order of human nature when it is not alienated from itself and others.”

Moss has often been called a nostalgia artist, or a romanticist. If you like that sort of thing—that is, holding on grimly to the Drop Dead-era New York City, and hoping to achieve it either in thought or through selective consumption—then great, you’ll love this book. But do not mistake this for a true affiliation with “liberation,” no matter what the subtitle says. Feral City is an apologetic that posits political life can be arrived at by cleverly adjusting the parameters of politics, that killing the cop in your head is more important than combatting actual cops, that screaming “fuck” on the street is akin to throwing a brick through a window, and finally, that the market for mewling self-reflection can always be packaged as a call for liberation if you have the right publishing apparatus and literary friends willing to help you on your way.

Kevin Rogan is a writer, researcher, and PhD student who lives in New York City. 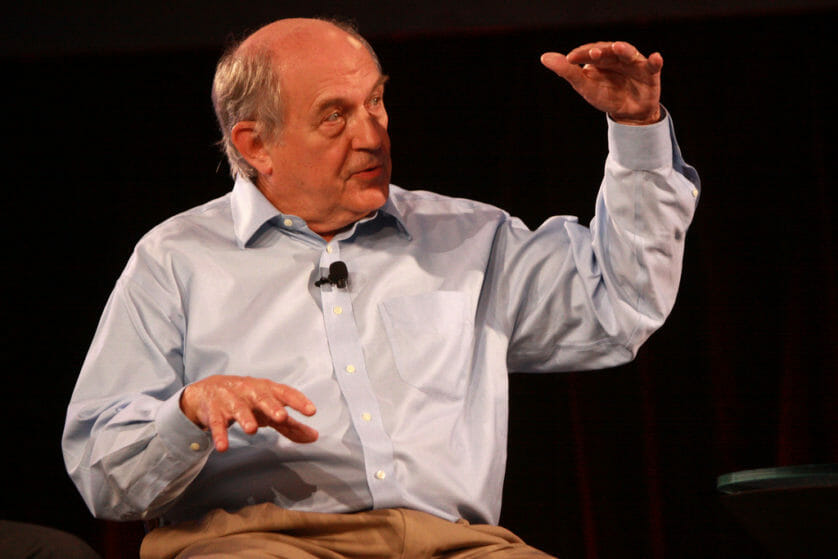 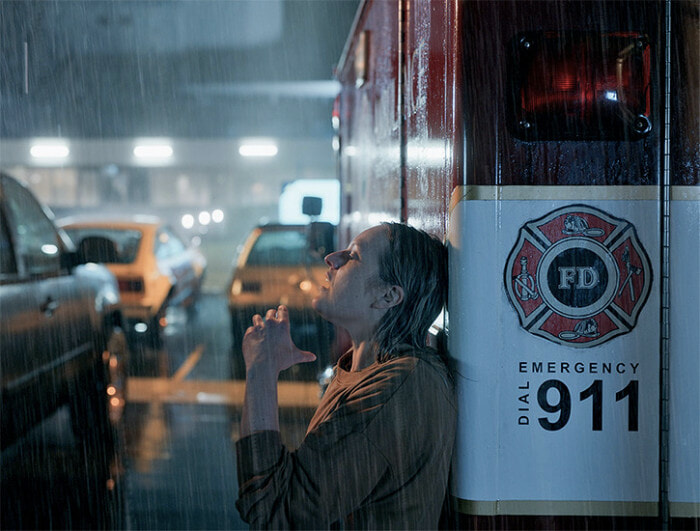 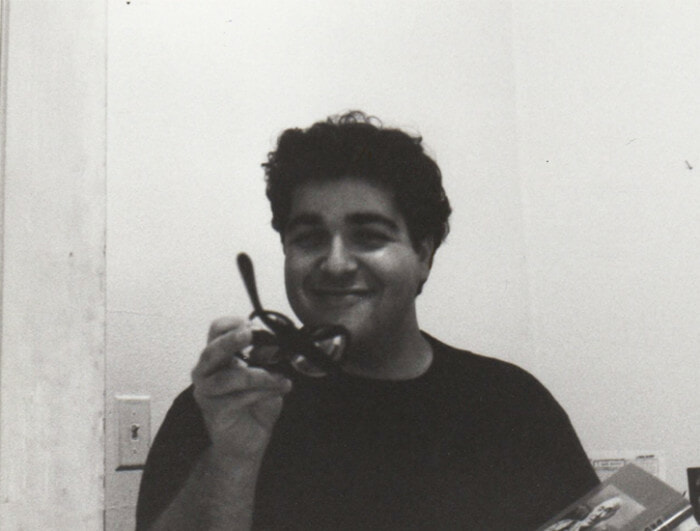 José Muñoz, Then and There
Tavia Nyong’o
Word Factory