One of my most vivid memories from the days after my first daughter was born is of pushing her stroller over several city blocks, crying and staring at the sidewalk in the hope of finding a piece of paper from the California Employment Development Department. My maternity leave benefit had been denied, and I had been holding the paper and pushing the stroller with one hand while I held my phone and listened to the Department’s eternal busy signal with another. Soon, I realized I had dropped the paper somewhere, and I waddled back over my route, seized by a complete, hormone-fueled and largely irrational panic that someone was going to find the dropped paper and use it to steal my identity.

The document eluded me, and I hustled home to perform the routine I gingerly performed every couple of hours, in between breastfeeding the baby and trying to call EDD. I used a plastic spray bottle to squirt water at my shredded vagina. I sprayed analgesic mist onto the stitches between the vagina and the ass. I folded a giant plastic-backed pad into sixths and put it into the big underwear they give you at the hospital, which everyone tells you to steal in bulk. Whether you give birth vaginally or via C-section, there is a lot of blood that keeps coming out of you for easily two months. If you have a C-section, you are not supposed to lift things or walk up stairs for weeks; I have had multiple friends wind up in the hospital delirious with infected incisions. I am talking a lot about blood and torn vaginas and incisions here because birth is a physical trauma that affects the body in ways they don’t even tell you about beforehand. It’s been four years since I had my second child, and my pelvic floor is still not quite right. Please google “rectocele,” and let your imagination run wild.

When I think about myself in those days, oozing and losing my mind over a bureaucratic snarl and a lost piece of paper, I cannot stress how much a person in that physical and mental state should not be returning to work. And this is before addressing the basic logistics of leaving an infant in someone else’s care. Most daycares don’t accept infants until they are at least six weeks old, and yet many parents have to go back far sooner. The dance of pumping milk is difficult even in the cushiest workplaces. Non-birthing parents seldom get any leave at all. And so, every day in America, people who are still torn up and bleeding and freaking the fuck out from hormones must leave their babies with a relative, neighbor, or friend, and go in to work, often remaining on their feet all day.

My experience was one of extreme privilege in this context, and yet I remember it as some of the hardest few weeks of my life.

I went back myself after ten weeks with my baby, six of them partially paid. The problem with EDD was finally, painfully resolved after many hours spent on the phone, a desperate act of snail mail regarding mysterious “form DE 2500A,” and a lot of hysterical emailing with my HR department, which had made a mistake I later learned cost me a couple of additional paid weeks that I could have taken had my employer been better informed of the state policy. I spent many hours of my new baby’s life trying to navigate a system that was fundamentally flawed and hostile to users—an absurdly complex patchwork, subject to the foibles of individual employers and the way their policies intersect with unpaid federal leave and the partially paid state programs that vary wildly around the country. And this patchwork represented among the best that most Americans get. My experience was one of extreme privilege in this context, and yet I remember it as some of the hardest few weeks of my life—the feeling of panic and regret about not structuring everything differently is seared in my memory as strongly as the memory of the wonder, love, and delight that accompanied the baby herself.

I have spent years feeling angry about those weeks and raging with other parents, mostly women, who have felt the cruelty of our system in a variety of ways. So earlier this year, listening to the new president lay out an economic and social agenda that included federal paid leave for every American worker, it finally seemed that millions of miserable and anxious new parents had been heard. As recently as early October, the Build Back Better Act included a provision to guarantee twelve weeks of paid family and medical leave annually—coverage not only for new parents, but anyone caring for sick loved one. But as Senators Joe Manchin and Kyrsten Sinema dug in with their objections to the plan’s price tag, carrying water for Chamber of Commerce and corporate interests who oppose any measures that empower workers and cost them money, those twelve weeks were whittled down to four weeks, and then to no weeks at all. As of now, parental leave remains the province of individual employers and states. It leaves the vast majority of Americans who are not employed by those employers, and who do not live in those states, right back where they started.

As rage over this betrayal fomented online, people circulated a variety of graphics to demonstrate that the United States is the only country among its peers that does not offer some kind of paid family leave at the federal level, a kind of American exceptionalism in itself. Usually there is an intrinsic clash-of-civilizations tenor to these posts—something like, “Can you believe [country believed by many Americans to be bad] has something we don’t have?” Well, yes. America has coasted for a long time by equating civilization with plumbing, and too many Americans don’t even have that. America offers cars of very large size, and an amazing array of fast foods. We have something unironically called The Mother of All Bombs. We have a political and economic system that can enrich a very small number of people with incredible efficiency. We have one party that can take office and immediately enact sweeping and vicious legislation to satisfy its base—the “Muslim ban” was signed one week after Trump’s inauguration—and another that has made a fetish of incrementalism masked by high-flown rhetoric.

Last year, Multnomah County, Oregon, where I live, won universal preschool via ballot measure after a long grassroots effort. The measure took hold during a time when national politics felt incredibly bleak and apocalyptic, something that perhaps turned out to be a boon for local politics. The feeling was that Donald Trump and Stephen Miller might be in the Oval Office, but we do what we can where we live. We can have nice things. And it worked. The measure, which was paid for entirely by a tax on the rich, passed with a very solid majority of the vote.

America has coasted for a long time by equating civilization with plumbing, and too many Americans don’t even have that.

I learned a lot volunteering with that effort, including from many colleagues who did not harbor any belief that American national politics can redeem itself, and who threw themselves wholeheartedly into changing things in their immediate area anyway. Their pragmatism notwithstanding, after Biden won, my heart soared when he promised the laundry list of universal programs that would soon be the law of the land. It’s hard to describe the acrid cynicism that floods in now as I watch the Democratic Senate turn around and strip the most popular, the most desperately needed measures from its slate, leaving us with, at best, a slightly expanded version of the same shitty things we already had. Then they ask why people aren’t falling over themselves to work at jobs that don’t pay people enough to live. They ask why people aren’t having children, and they also ask why people have children they can’t afford.

I want to think it’s too late for them to cram this maxi pad back into the mesh underwear. There’s blood on the floor, literally. After the last two years, when people saw both the consequences of governmental inaction and callousness, and the massive power of the state to alleviate a little bit of suffering with the simple act of handing over money to people who can use it, too many of us have seen that we all deserve better than we get. If they won’t give it to us, we’ll have to find a way to get it ourselves.

Lydia Kiesling is the author of The Golden State, a novel published by MCD. 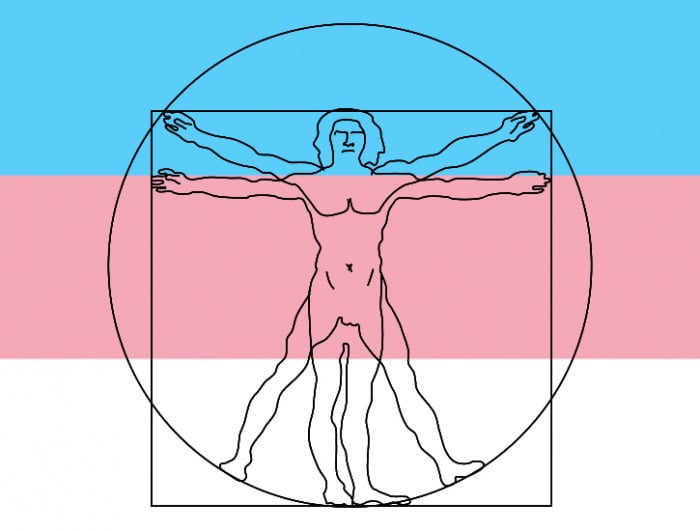 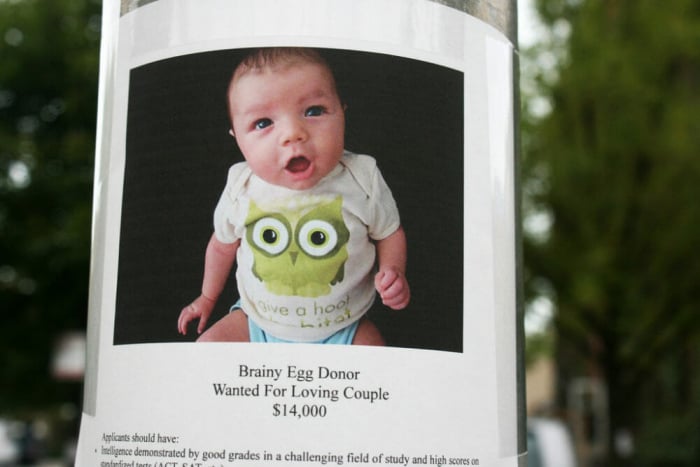 The Schizophrenic and the California Brood Mare
Natasha Vargas-Cooper
Columns 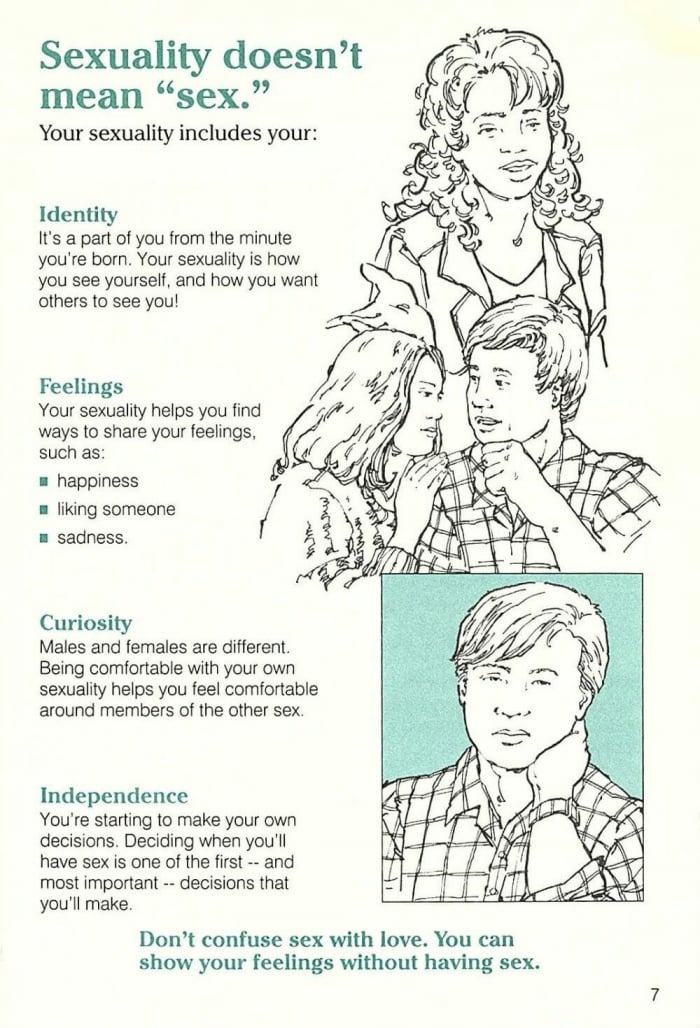