In the year 2002, India’s Ministry of Tourism launched the campaign “Incredible India.” Central to the campaign were advertisements that evoked India as the stuff of the West’s orientalized imagination. There was the color (often depicted by flying pieces of cloth), the history (always a dancing silhouette in an archway), the flavors (shot of spices and flower garlands), and so on. The Taj Mahal usually made an appearance. Over the years, the Incredible India campaign chose various Bollywood stars as brand ambassadors, trying to drum up domestic as well as international tourism. Then in early 2016, a little over one year after current Prime Minister Narendra Modi took office (despite having been accused of condoning the 2002 massacre of Muslims while he was chief minister of the Indian state of Gujarat), Bollywood superstar Aamir Khan, who is Muslim, did not have his contract renewed to be the public face of the marketing campaign. At issue were statements that the star had made concerning the rising rates of Islamophobia in the country. Since then, Prime Minister Narendra Modi has designated himself as the brand ambassador for Incredible India.

A more apt slogan for the country that exists today would be “Intolerant India.” As the New York Times, the Los Angeles Times, and other news outlets have noted, an unabashed Hindu nationalism is now carrying out organized campaigns meant to single out and persecute Indian Muslims. (Only Indonesia and Pakistan have larger Muslim populations.) Last December, a meeting of a Dharma Sansad (“Religious Parliament”) told Hindus to turn India into a Hindu state by exterminating Muslims, an act that was not condemned by Prime Minister Modi. That last bit is not surprising; Modi has championed laws like the Citizenship Amendment Act, which introduced a religious qualification for citizenship that discriminates against Muslims. In the state of Uttar Pradesh, Chief Minister “Yogi Adityanath” (a name he has chosen for himself) is in step with Modi, with a record of hateful statements, such as: “If one Hindu girl marries a Muslim man, then we will take one hundred Muslim girls in return. . . . If they kill one Hindu man, then we will kill one hundred Muslim men.”

That statement shines light on how misogyny, Islamophobia, and toxic masculinity are all tied up together in the devolution of India from a democracy to a tyrannical majoritarian state, where the humiliation of Muslims is just part of the political landscape. It was perhaps exhaustion and disgust at this ugly India that motivated the actions of one girl, Muskan Khan, a student of a college in the Indian state of Karnataka. A now viral video shows Muskan arriving at her school’s premises dressed in a black burka. As soon as she arrives, a mob of Hindu students sporting saffron scarves (a form of religious insignia newly popularized by Hindu nationalists on India’s campuses) begin to heckle her. The undaunted Muskan bears the jeering of the crowd of men and then raises her fist and says, “Allahu Akbar,” an Arabic invocation that simply means “God is Great.” She barely makes it inside the building as the mob is held back by school officials.

Karnataka, the Indian state in which this row occurred, is also governed by Modi’s Hindu nationalist Bharatiya Janata Party. Muslims make up 13 percent of the state’s population, and there has never been any kind of ban on the hijab. However, now various BJP officials are advocating just such a ban. The state’s Education Minister, B.C. Nagesh has said that he supports a ban on the hijab in educational institutions and that the State has the right to do so in its capacity to maintain public order. The Karnataka High Court is currently hearing arguments following a petition by Muslim girls alleging that the state does not have this power. In the meantime, the court has advised students to stop wearing the hijab in class. Students have protested, with one girl refusing to take a preparatory exam because she would have been forced to remove her hijab.

As one feminist blogger pointed out recently, the idea that India needs a hijab ban because the girls’ hijab suddenly poses a risk to “public order” is fatuous. Article 25 of the Indian Constitution says: “All persons are equally entitled to freedom of conscience and the right to freely profess, practice, and propagate religion subject to public order, morality and health.” Freedoms that are meant to be fundamental, of course, are often secondary to qualifying language like “subject to public order.” The policing power of the state leaves Muslims increasingly powerless to advocate for themselves after being shut down by Hindu nationalist Islamophobes. Instead of allowing individual Muslims to decide whether or not they want to wear the hijab, courts are now turning to issues such as whether the headscarf is a practice essential to being Muslim. Secular as India may once have been, it appears that nothing precludes courts from deciding what someone’s religious practice is or is not.

Nor is this just an issue of covering up. Muslim women’s bodies were also the basis of a misogynistic app that had taken photos of women and created profiles, claiming they were up for auction. The women, whose photos were stolen from social media posts, had no idea of the “Sulli Deals” until they were told by friends or began to face rampant harassment. In more recent months, a new app appeared with a new name, leading to the arrest of men suspected to be involved in the efforts to humiliate Muslim women.

To say that India has turned into a rabid and cruel majoritarian state would not be an exaggeration. Such is the virulence of “Intolerant India” and its rampant misogyny that the U.S. State Department warns visitors that rape cases are rampant and sexual assaults have occurred at tourist sites. It makes sense; in January of this year, a twenty-year-old Sikh woman was raped and then paraded in the streets of Delhi after her face was blackened and her head was forcibly shaved. A whole crowd of people just watched and refused to help or intervene in any way. Watching and not doing anything appears to be the general mood of nationalism-addled Indians who are watching their country and society sink to ever-lower levels of depravity, while not doing a thing to prevent their country from becoming a dark, macabre, and intolerant India. 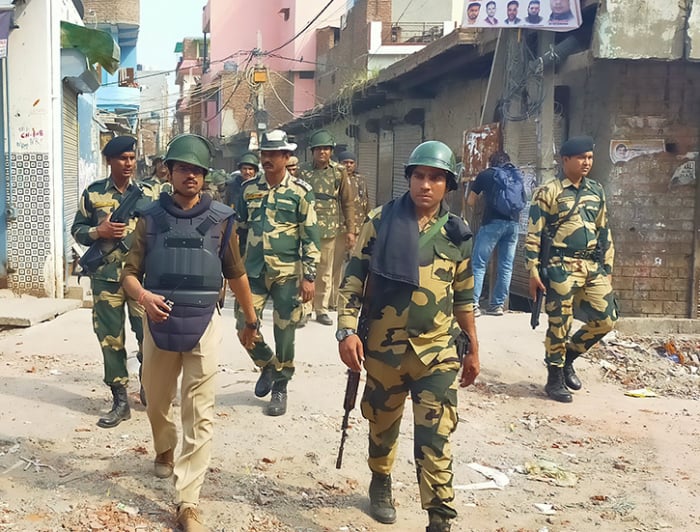 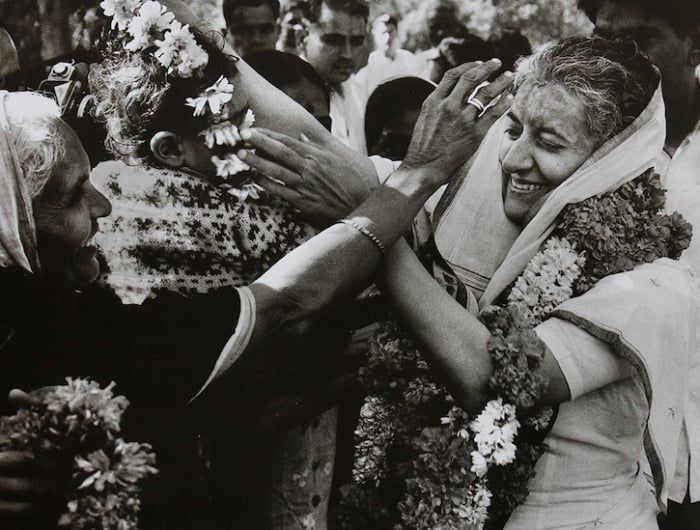