Reader: Are you someone who is angry in an inchoate way at the Trump administration as an institution but who would prefer to focus your anger like a laser beam on specific individuals? We here at The Baffler are here to help! As a wise man once told my father while trying to sell him a program at a Knicks game, “They’re just a bunch of tall guys in shorts, without a program”—and so, too, the various hangers-on in the Trump orbit may seem to be just a bunch of transparent grifters and/or terrifying ideologues in suits unless you have a clear guide for who the players are. We plan to bring you the key stats and career highlights of all the best people in the administration, as well as those who are “too hot” for government service and end up bounced out to the 2020 campaign, various 501c3 scams, or who just end up on the semi-consensual receiving end of those rambling “executive time” phone calls. Today we bring you the guy who, despite it all, is still only the second-worst head of the Trump 2016 campaign: Paul Manafort!

Just when we’d all sort of put the Russia stuff behind us, the Russia stuff came back with a vengeance two weeks ago with President Trump’s bizarrely subservient press conference with Vladimir Putin. If nothing else, Trump’s “surrender summit” supplies the ideal occasion for the latest entry in our series of Trump rogue’s gallery profiles—the recently jailed Paul Manafort, who served, after all, as one of the key vectors of Russia stuff-ness into Trump world, circa 2016. And if Russiagate is less an act of Cold War revival theater than a symptom of interlocking oligarchies across post-Soviet kleptocracies and the supposedly liberal West, Manafort’s career is a great way to get the background on how that all went down. Because for decades, he’s seen despots’ need for friends in the United States as his personal ticket to a lifestyle that includes, just for example, nearly a million dollars spent on carpets. Let’s take a walk through his thoroughly scummy career!

Floor fight! Weirdly, what initially brought Manafort to the Trump campaign was not his portfolio of lucrative connections to the post-Soviet world, but rather the expertise he gleaned at his very first big political job. Manafort had worked with James A. Baker III to help wrangle delegates for Gerald Ford at the 1976 GOP convention, the last one that opened with the nomination still up for grabs. So in the spring of 2016, with every political reporter’s fantasy of a brokered convention seemingly about to come true, Trump hired Manafort as his lead convention strategist. Those services turned out to be unnecessary, but Manafort ended up as Trump’s campaign manager after Corey Lewandowski’s abrupt firing.

Manafort committed himself to his true passion, which was helping burnish the image of extremely bad people outside the United States.

Not that Manafort was an unknown to Trump: he and his pal Roger Stone both met Trump via Roy Cohn around 1980, when they were working on Reagan’s campaign. Manafort helped Reagan with his Southern operation, which notoriously included a winking speech about state’s rights just a few miles from the site of the Freedom Summer murders. It was that year that Manafort and Stone teamed up with Charles Black, who had helped run Jesse Helms’s Senate campaign and defended his notorious “White Hands” ad, to form a lobbying firm, Black, Manafort, & Stone. Manafort and Stone subsequently played key roles in the formation of the Reagan administration. (Black would go on to work on all the respectable Republican presidential campaigns, even John McCain’s.) And it was during this stretch, starting in the 1980s, that Manafort began one of the most lucrative phases of his career. Though he would occasionally dabble in, say, influence peddling in scammy HUD projects in New Jersey, he committed himself to his true passion, which was helping burnish the image of extremely bad people outside the United States.

Angolan civil war! Jonas Savimbi was an Angolan Maoist who suddenly discovered the glories of market economics when he fell out with Angola’s leadership and launched a guerilla war. A 1986 article in the Washington Post detailed a ghastly sounding Conservative Political Action Conference party, with George H.W. Bush in attendance, where Savimbi was introduced by Jeanne Kirkpatrick as a “linguist, philosopher, poet, politician, warrior”; a few days later, the Post ran an article on how Savimbi’s U.S. tour was orchestrated by Manafort’s firm for a cool $600,000 annual fee. In contrast with other Cold War brushfires, the United States kept funneling money and weapons to Savimbi’s faction even after 1990, thanks in no small part to Manafort’s firm’s efforts. Savimbi never got to be president of Angola, but at least he left a legacy: hundreds of thousands of dead (including one of his rivals and his wife and children, whom he personally beat to death) and tons of land mines still in the ground. (An apparent stickler for detail, he also bombed a Red Cross factory that made artificial limbs for people who stepped on land mines.)

Filipino fraud! Ferdinand Marcos had been a longtime loyal American client—and he and Imelda Marcos were personal friends of the Reagans—but by the mid-1980s his corruption was getting too egregious to ignore. Reagan dispatched Republican Nevada Senator Paul Laxalt to tell Marcos to clean up his act; Laxalt ended up urging Marcos to hire Manafort to burnish his image, and with Reagan’s blessing, Manafort ended up helping run the 1986 presidential campaign that would prove that Marcos was a true believer in democracy. It didn’t go as planned, of course, with Marcos’s initially reported victory arising from massive fraud. Marcos fled the country in February of 1986, but had made his final installment on his $508,000 fee to Manafort’s firm the day before.

They say, if you listen closely to the wind, you can still hear Manafort writing pro-Yanukovych op-eds to this very day.

Various other dodginess! Other fun clients Manafort represented or tried to woo included a Kashmiri organization that was a front for Pakistani intelligence, Somali dictator Siad Barre (“We all know Barre is a bad guy . . . We just have to make sure he’s our bad guy”), and Montenegro as it sought to secede from its union with Serbia, which was funded in large part by Russian oligarch and Putin ally Oleg Deripaska. (It must sadden the longtime global adventurer to see that Montenegro is now seemingly out of favor with the man he helped ascend to the presidency; then again, Manafort has never seemed all that sentimental about his former clients.)

Ukrainian dreams. But the enduring and extremely enriching job that would have been a capstone for most amoral political operators was Manafort’s work with Viktor Yanukovych. In 2004, the pro-Russian Yanukovych had just tried to steal the Ukrainian presidential election, likely poisoning his rival with dioxin in the process. Nevertheless, the enterprising Russia-aligned upstart was defeated in what became known as the Orange Revolution. Manafort was summoned to Ukraine by a pro-Yanukovych oligarch and given the job of rehabilitating his career—a job made a great deal easier by the Orange Revolutionaries’ own infighting and incompetence. Manafort imported some American-style campaign techniques, stealing the “I feel your pain” line from Bill Clinton, and Yanukovych eventually became prime minister and then president.

And Manafort? Manafort made nearly $60 million for all his efforts in Ukraine, a pretty good payday! Of course, Yanukovych eventually got overthrown in another revolution, this time in 2014, by which time Manafort had gotten out of Dodge. He probably could have lived out his retirement comfortably, enjoying his ill-gotten gains while shunning extradition to Ukraine and otherwise avoiding the consequences of any of his terrible behavior—except that, like we said, Trump needed a guy who knew how to do a delegate fight and Manafort said “I wanted to do one more.” He resigned when more information about his Ukrainian hijinks started coming out. (Imagine being so embarrassing to a ticket headed by Donald Trump that you get replaced by Steve Bannon). In short order, the ultrawired defender of global strongmen was getting up to his old tricks. (Remember that botched Iraqi Kurdish independence referendum from last year? Manafort!) But then he was arrested by Robert Mueller’s team, which is where we are today.

Even after he was arrested, he couldn’t stop himself from ghostwriting pro-Yanukovych op-eds. They say, if you listen closely to the wind, you can still hear him writing pro-Yanukovych op-eds to this very day. His trial on fraud charges began this week in Virginia, and another one, scheduled for September, will take up money laundering and other matters in a federal court in the District of Columbia. 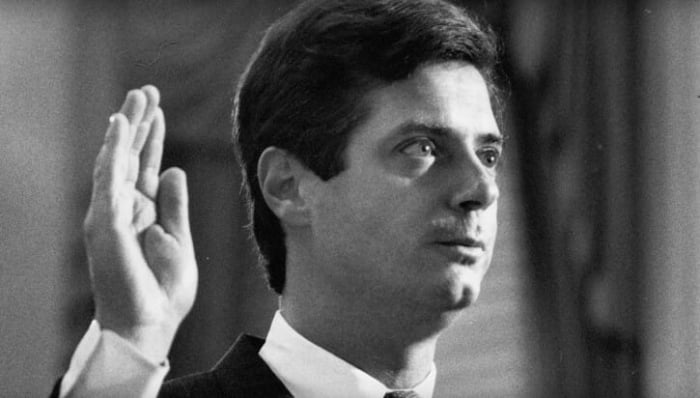 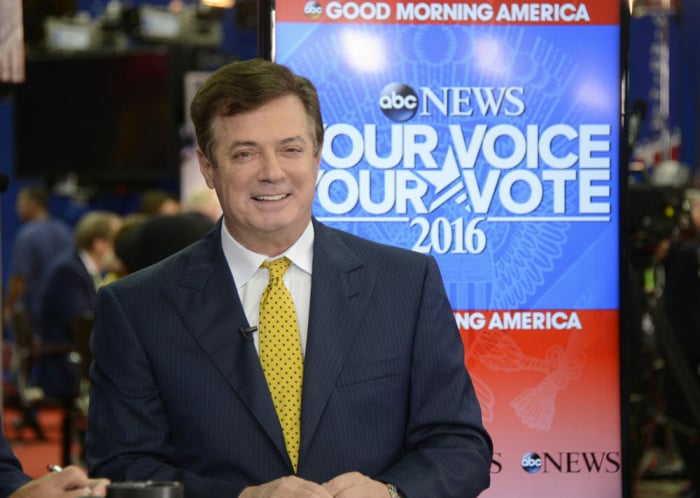