The president fired the official investigating the president: that’s the long and the short of it, whether we’re talking about Richard Nixon and independent prosecutor Archibald Cox in October of 1973, or Donald Trump and James Comey in May of 2017. Of the former travesty, the estimable historian Kevin Kruse explained what you need to know in these pages this past January, the last time Trump tempted constitutional crisis by firing acting attorney general Sally Yates. “It was 1,734 days into his presidency before Nixon had his famous showdown with the Justice Department. Trump, ever a model of efficiency, has reached a similar point in ten,” Kruse concluded.

That’s one difference. Here’s another—the most ominous difference of all. Then, Washington had a functioning civic culture, in which a critical mass of members of both parties proved willing to honor their oaths of office to uphold the Constitution. Now, however, we do not.

Nixon was on his third attorney general by the time of the “Saturday Night Massacre” in October 1973. John Mitchell had quit in March 1972 to manage Nixon’s reelection campaign. He had also served as Nixon’s 1968 campaign manager, making a mockery of any pretension of political independence in the Justice Department—though to be fair, John F. Kennedy had ruined said pretension first by naming his brother as AG. (Nevertheless, the Nixon White House is rarely outdone in these matters: Mitchell didn’t even wait to leave the federal payroll before getting to work, hosting a criminally conspiratorial meeting about how to sabotage the Democratic Party in the attorney general’s office in January 1972.) Mitchell’s replacement, Richard Kleindienst, resigned on April 30, 1973, under a cloud of pending scandal, for allegedly helping the conglomerate ITT bribe his boss. This banquet of Republican malfeasance was tempered, however, by Republican honor. Kleindienst’s replacement, Elliot Richardson, had only won confirmation by promising to the Senate Judiciary Committee not to interfere with any investigation of Watergate. When Richard Nixon ordered him to fire Cox, his inability to honor his pledge to the Senate triggered his resignation. Republicans used to be honorable like that. They even, unlike the supposedly upright deputy attorney general Rod Rosenstein, sometimes quit rather than carrying out Corleone-like orders.

So were conservative Democrats. Senator Sam Ervin, who presided over the Senate select committee to investigate Watergate aggressively and indefatigably, was a conservative with a record of voting with the president more than any other Democrat. On that panel were also two strikingly prosecutorial Republicans. Lowell Weicker, in his opening statement, called Watergate “the acts of men who almost stole America.” He was so determined to get to the truth, political consequences be damned, that he hired his own independent investigative staff. Howard Baker, who owed his political career to Nixon, initially leaked privileged committee details to the White House—but then buckled down and got so tough that Republicans started talking about him as a presidential prospect. Yes, there used to be Republicans like that, too: Republicans who sought to reward other Republicans for taking down a dishonorable Republican president. Consider, too, Republicans like Robert Packwood of Oregon. After the Saturday Night Massacre, his response was that “the office of the president does not carry with it a license to destroy justice in America.”

Now, however, Republicans appear to disagree. They believe the office of the president carries with it a license to issue talking points they eagerly repeat.

Senate Majority Leader Mitch McConnell: “Our Democratic colleagues [are] complaining about the removal of an FBI director whom they themselves repeatedly and sharply criticized. That removal [is] being done by a man, Rod Rosenstein, who they repeatedly and effusively praised.” Senator David Perdue of Georgia: “President Trump acted decisively and within his authority, and I stand behind him.” Chuck Grassley of Iowa noted “concern from across the political spectrum and from career law enforcement experts,” Lindsey Graham of South Carolina gamely suggested that “a fresh start will serve the FBI and the nation well.” This was indeed the White House’s own favorite propaganda line, most shamefully embellished by the supposed old-school moderate, Susan Collins of Maine, who said the firing was “likely the inevitable conclusion of Director Comey’s decision last July to bypass the longstanding protocols of the Justice Department and publicly announce the reasons he had decided not to recommend an indictment of Hillary Clinton and to offer his personal views of Mrs. Clinton’s actions.”

Collins, who is supposed to be smart, thus apes the most transparently stupid of the White House claims. For if Comey had behaved monstrously six months before Trump’s inauguration, why did Trump he wait until four months after his inauguration to fire him?

Nixon’s diehard defenders in the party were looked upon as clowns.

To even bother to ask the question is to insult the intelligence of anyone not craven enough to think like a Republican lawmaker, circa 2017.

The cult of “bipartisanship” in Washington—Tip and Dutch tippling whiskey when the workday is through, and all that—is usually ridiculous. But it was not conjured out of thin air. What I learned, studying Watergate, is that it was once something real, and precious. Nixon’s diehard defenders in the party were looked upon as clowns. Rep. Earl Landgrebe of Indiana went on the Today show on August 8, 1974, and said, “I’m sticking with my president even if he and I have to be carried out of this building and shot.” Incredulous, the NBC interviewer asked him about the just-revealed smoking gun tape, which demonstrated that Nixon had been lying about his participation in the coverup for almost twenty-six months: this was a fact. “Don’t confuse me with the facts,” Landgrebe infamously retorted. Hours later, Nixon resigned; and those words became the only thing for which anyone remembers Langrebe.

Nowadays, they would fit him for a position in the Republican leadership.

Rick Perlstein is a contributing editor of The Baffler and author of Nixonland and other books. 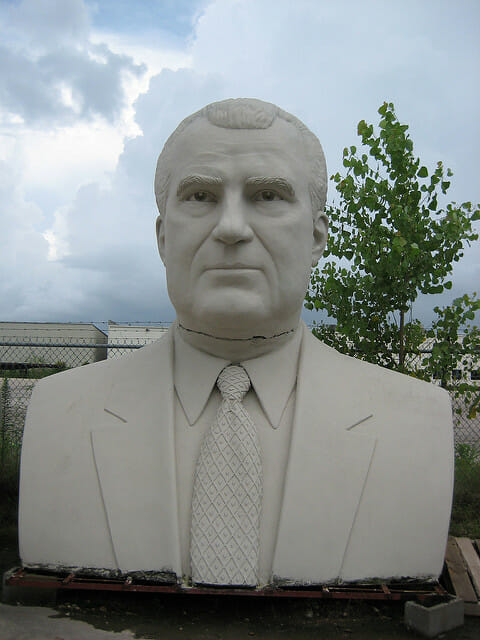 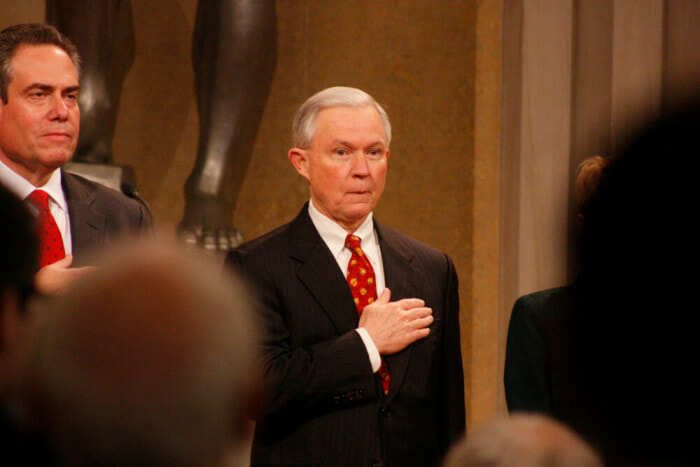 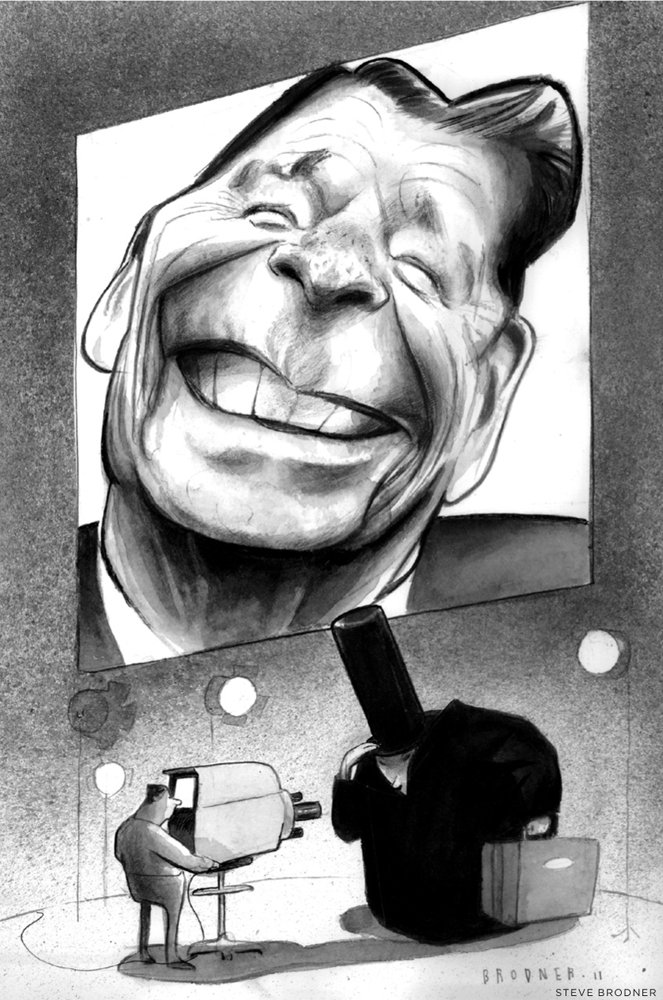