Amal and George Clooney were surely thrilled to spend the Fourth of July at their home on Lake Como in Italy. The pandemic, and likely its particular ferocity in Italy, had played a part in keeping the pair from their beloved hideaway for the past two years. This year, with their four-year-old twins in tow, they celebrated the holiday weekend with a night out on the town. Amal, the tabloids revealed, wore a midnight blue dress out to dinner in the village, and if the locals, suffering through a beach closure themselves, were annoyed at their return, they did not show it.

Amal Clooney, a lawyer and activist, had been busy in the time leading up to her holiday. A few weeks earlier, she appeared on Fareed Zakaria’s Global Public Square on CNN along with Yazidi activist and ISIS torture survivor Nadia Murad. The appearance was part of publicity Clooney had been doing following her May appearance before UNITAD, the United Nations Investigative Team to Promote Accountability for Crimes Committed by Da’esh/ISIL. In an opinion article for the Washington Post, Clooney, along with co-author Zainab Ahmad, laid out her misgivings about what the United States had done, or rather not done, to apprehend absconding ISIS war criminals. The gist of it involved the ISIS leader Abu Sayyaf, who had captured and abused American aid worker Kayla Mueller. Mueller died in February 2015 under mysterious circumstances. In June 2015, the U.S. Special Forces raided the compound where Abu Sayyaf lived and killed him. His wife, a woman named Nisreen Bahar but called Umm Sayyaf, was captured by the Americans.

Clooney’s qualms arise from the fact that the Americans handed over Umm Sayyaf—who allegedly kept eleven Yazidi girls at her home and was complicit in their rape and abuse by ISIS fighters—to the Iraqis to carry out their own prosecution. Whether that prosecution took place and the current whereabouts of Umm Sayyaf are both unknown. Clooney and UNITAD believe that the U.S. handover thwarted their efforts to bring the torturers of the Yazidi women to justice. In Clooney’s view, the government of the United States “has shown a surprising reluctance to charge international suspects with crimes against humanity.” Umm Sayyaf, Clooney thinks, should have been kept in U.S. custody and prosecuted in a U.S. court.

Undoubtedly, Clooney, a barrister at Doughty Street Chambers, is doing her best to obtain justice for her clients, the Yazidi women whom she represents and who deserve justice. At the same time, reading her op-ed column feels in part like receiving a missive from an alternate universe, or at least an archive from those long-gone optimistic moments immediately following World War II, when the United States was hailed as a world savior and a champion of justice. It is not that the facts stated in Clooney’s arguments are off; Umm Sayyaf was indeed charged by the Department of Justice, and then she was handed off. The shocking bit is Clooney’s judgment that Umm Sayyaf should be hunted again or be brought to the United States to stand trial—perhaps in a Nuremberg-esque trial for her and other accused ISIS leaders. No one thinking clearly about the current post-Iraq and post-Afghanistan moment would demand such a thing. They would remember, for instance, that an estimated 40,000 and 200,000 civilians were killed in Afghanistan and Iraq, respectively, at the hands of Americans hunting terrorists. They would keep in mind the American role in the torture of innocent Iraqis and Afghans at CIA black sites, the remote-controlled drone killings that mistook funerals and weddings for terrorist gatherings, and countless other depredations that make it quite clear that the United States did not pause to consider any limits imposed by international law.

In Clooney’s view, the government of the United States “has shown a surprising reluctance to charge international suspects with crimes against humanity.”

Even the timing of Clooney’s request made this history hard to ignore—or it should have. Her May op-ed was published one month after President Joseph Biden announced the withdrawal of all U.S. troops from Afghanistan. Notably, Biden chose to do this despite the fact that the Taliban are resurgent and Afghanistan is mired in just the sort of violence that the United States had promised to end back in the fall of 2001. Over the last two decades, no U.S. leader has been prosecuted for war crimes, for the black sites, the torture at Bagram, or the killing of thousands of civilians. This ghastly backdrop of American impunity, Amal Clooney seems to have decided, is irrelevant to her demand that the U.S. launch a woman-hunt in the name of international justice.

It makes no sense, but perhaps even a little sense is too much to expect from celebrity spokespersons who dabble in international justice, taking a break from lives lived on the banks of Lake Como to set the world right for everyone else. Perhaps if one considers the separate rules of celebrity logic, the demand and the timing and content of Clooney’s op-ed would not seem so outrageous. Celebrity logic, like celebrity justice, is perhaps concerned only with the cinematics: the comely lawyer and her always lesser-dressed and lesser-made-up suffering clients on the stage of world justice.

While she may occasionally represent it, Amal Clooney is only a small part of the farce international justice has become. Its current form is like Hollywood justice: fake and chimerical. Clooney’s recent demand that the United States become an international law-enforcer or at least a hunter of war criminals is just one example, one that makes sense only in relation to a fictional world where all countries follow the rules, and the world’s poorest and most hapless countries (such as Afghanistan) are not left in ruins because of imperial misadventures.

Everyone on Hollywood movie sets believes in the movie universe in which they play bit roles. It is crucial to make viewers believe similarly, as the current operatives still gleaning handsome U.N. salaries at courts of international justice do. That the world beyond has moved on, that liberal democracies from India to the United States have turned, or seem about to turn, wholly illiberal, that populisms delighting in tyrannies of the majority and invoking pogroms against Blacks or Muslims or whichever minority they find it easiest to pick on, are not relevant to them. A cynic would even conclude that the best use for international justice is to provide celebrities like Clooney a noble hobby, an admirable “something to do.” The Angelina Jolies and Priyanka Chopras of the world can serve as goodwill ambassadors, and the more educated, like Amal Clooney, can play at being international lawyers, demanding that the United States search for war criminals and then prosecute them—always with the assumption that such searches and prosecutions would not reach the upper echelons of power in Washington, D.C. It’s a sad pronouncement on international law—once so instrumental in bringing down Nazi mass murderers—now just a cute celebrity side-hustle. 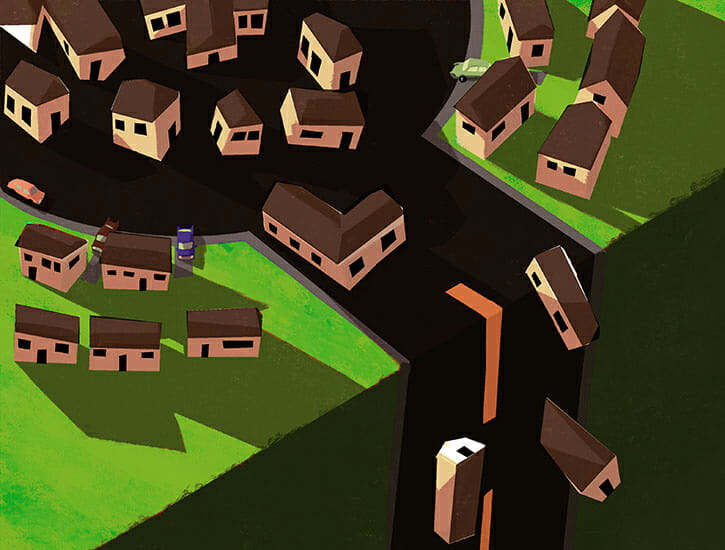 The Silence of the Burbs
Stephen Kearse
Word Factory 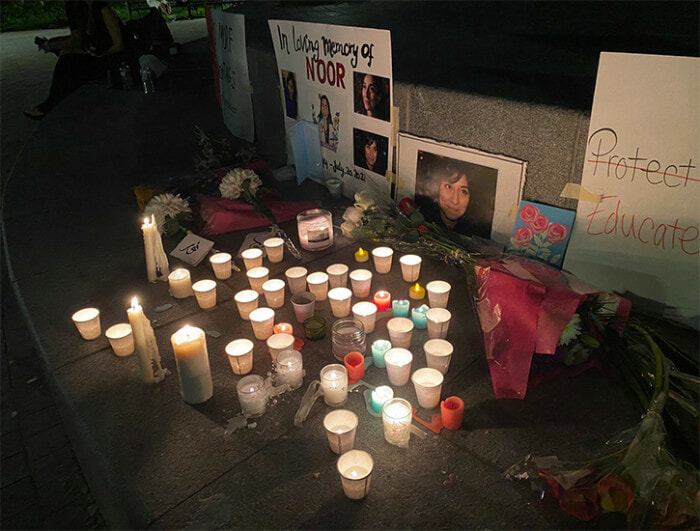 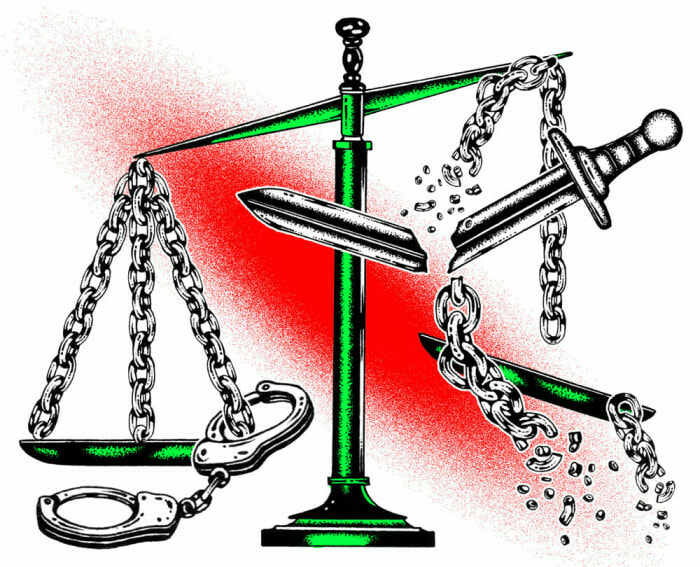