If start-up founders are our new royalty—as Mark Zuckerberg is Silicon Valley’s prince—then perhaps venture capitalists are their grand viziers. Once advisers to the sultans of the Ottoman Empire, grand viziers wield power behind the scenes. They variously prop up, manipulate, or replace their bosses. (For Game of Thrones fans, this role would be played by the King’s Hand.)

So Zuckerberg’s bold moves—for instance, when he decides to try out speaking Chinese—are actually much less significant than the machinations of the investors in his shadow. But lately, these investors and advisers have been stepping out into the spotlight and becoming “thought leaders” on their own. One of the most prominent examples is Marc Andreessen, an influential tech industry VC who runs Andreessen Horowitz and holds forth about any and every topic at will, both on Twitter and in interviews.

To track the flow of money and power in tech today, we have to watch people like Andreessen. So that’s why, when Andreessen launches into one of his signature tweet-storms, like the one last week on how to make the United States economy friendlier to billion-dollar start-ups, it can be almost frightening. As outlandish as his ideas might seem at first, we have to know that some of his proposed policies just might come true, grand vizier style.

What does Andreessen foresee for our future? Well, it is perhaps not surprising that in his vision, our nation’s bright destiny looks a lot like the venture capital economy itself. It’s a world in which much is wagered, much is leveraged, and more often than not, much is likely to be lost. (Like the concepts of social mobility or a diverse job market, for instance.) And everything is tech, all the time.

In his latest Twitter rant, Andreessen seems most focused on mass-reproducing the conditions that are understood to create new start-up founders, reverse-engineering the origins of the Jobs and Zuckerbergs. His recommendations for “Significantly expanded summer tech, science, math, entrepreneurship programs/camps for grades 5-12” sounds pretty good. The STEM education that he describes is a valuable thing, beyond its current buzzword-status.

The next step is more “free-form, and/or project-based K-8 public & private schools,” as well as “entrepreneurship magnet/charter schools specifically designed to produce entrepreneurs, vs cogs in the industrial machine.” Once these young minds are molded into thinking like proper tech gurus, they will then be drafted into the pre-existing system with “significantly expanded internship programs at tech companies of all sizes for both high school and college students,” Andreessen writes.

But shouldn’t Andreessen avoid producing cogs in the machine? Not to worry; new engineers will think differently, because they’ll be afforded “interdisciplinary college programs” that will combine programming skills with liberal arts, and “public research universities” that meld academia with blatant relationships to large corporations and the government, like Stanford and Berkeley—two schools that already act as feeders for Andreessen’s companies.

Beyond education, Andreessen wants opt-in “innovation zones” with “regulatory relief” for new technology—no need to worry about pesky laws. The elimination of software and business method patents will doubtless also speed this innovation by making free-market competition even smoother. Tax credits for home ownership should even be tossed out, Andreessen informs us, in favor of breaks for renters.

The VC economy is all about portability, mobility, and removing friction. As we know from the success of Uber and its discontents, however, the erasure of economic and legal boundaries is not often a good thing, however #disruptive it may be.

Andreessen is asking us to let the technology model overrun the one we’ve already set up for our country. In some ways, the vision is lightly progressive. He suggests “Comprehensive inclusion programs for underrepresented groups” for all his education initiatives, of course. But he doesn’t seem to recognize how the systems he participates in already build and perpetuate inequality, in that so few people have access to the same opportunities afforded to VCs and their ilk. It’s not that we can’t all get paid to drop out of college; it’s that we can’t afford to go to college in the first place.

Andreessen’s implied solution to the larger problems he outlines seems to be that these new proto-preneurs would go on to found companies that solve whatever issues were leftover—like, say, racism. VC money can solve that, right? His ideas are shortsighted. An economy based solely on technology seems like a good idea only until the next bubble pops. That kind of monolithic focus is ultimately harmful.

Businesses, which are after all what Andreessen invests in (and so is invested in creating), have a way of perpetuating themselves while blocking out other types of organizations, like tall rainforest trees blocking the sunlight from hitting the plants below. Technology companies tend to work to keep power in the hands of those who already hold it, the people who become kingmakers. These are the grand viziers of the global economy. For us peasants, however, the scenario is not quite so appealing. 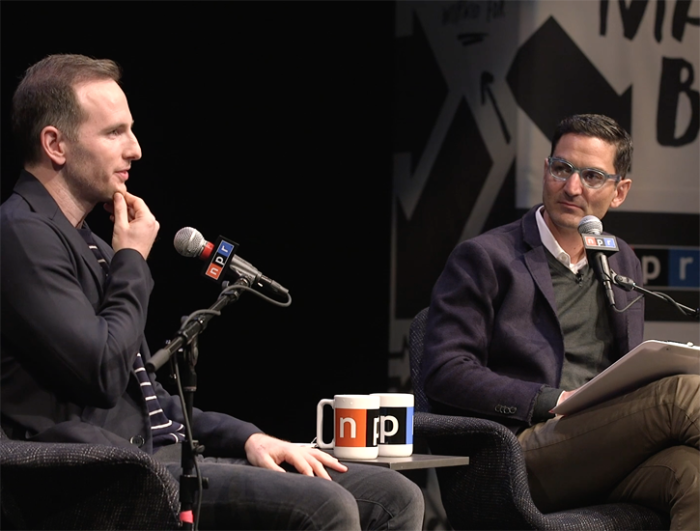 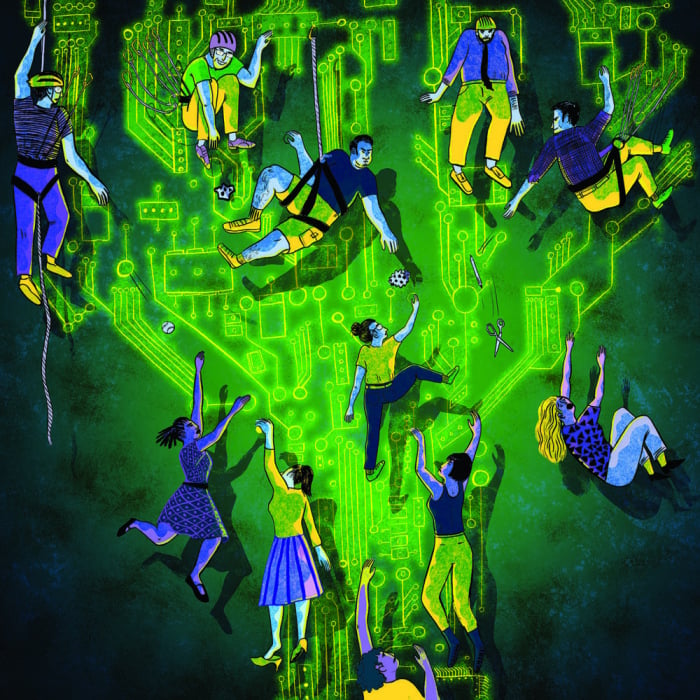