If any single event thus far has perfectly encapsulated up the public’s relationship with Google Glass, it was the Bay Area bar fight which made Sarah Slocum a minor celebrity.

A few months ago, Slocum made headlines by claiming she had been assaulted by anti-Glass zealots in a San Francisco bar, after she entered wearing the device. The alleged attackers seem to have been motivated by a mixture of class resentment and privacy concerns; various bar patrons, recorded on Slocum’s Glass, are seen eyeing the camera warily and one woman accuses her of “killing the city.” Slocum, for her part, is less than conciliatory and sneeringly refers to the woman as “white trash.”

Both Slocum and her attackers seem to agree on one thing: Glass is power. To the other people in the bar, Slocum appears as a specter of San Francisco’s VC-funded nouveau riche, equipped with a device that intrudes on their right to privacy. To Slocum, the “white trash” are bitterly resentful of her cool new toy, and not savvy or resourceful enough to get one for themselves. Either way, the person with the Google Glass is the one with the upper hand, at least until the proles of the Mission District resort to fisticuffs.

Glass’s reputation as a source of power for the wearer is partly a function of clever marketing and partly a function of the device’s current retail value. Early adopters shelled out $1,500 per unit during Glass’s initial, limited release. Those adopters—referred to by Google as “Explorers”—were, of course, paying as much for the privilege of being on the consumerist vanguard as they were for the product itself.

When Google Glass receives a wide release, the price will drop significantly, as will the prestige associated with owning the device. And once that happens, it will finally become obvious who really has the power.

A Google Glass headset may be useful to whoever wears it, but it is even more useful to whoever gathers data from it. Third-party developers are already working on applications which will mine the information on your Glass and interpret it for the benefit of private companies. Case in point, an app from the company Emotient will read the facial expressions of anyone being viewed through a Glass device; it’s being marketed as a tool which can, among other things, help retail workers “gauge the success of a campaign or promotion,” according to Fast Company. The retail worker may be wearing the Glass in this case, but it’s the employer who benefits.

And that’s not the only way the employer will benefit. In a workplace where Google Glass is a standard part of the company uniform, every employee would potentially become a security camera. Managers will be able to determine with unprecedented precision how workers talk to each other, how hard they work, and even how many bathroom breaks they take. The Glass-inflected workplace would become a perfect panopticon, where the boss has the ability to see every employee through the eyes of every single other employee.

Social theorists call this kind of surveillance “Digital Taylorism,” framing it as an Internet-era successor to the scientific management schemes of the early-20th century factory line. The term started to come into popular use around the turn of the 21st century, as management techniques such as reading employees’ e-mails became a more standard practice.

In a 2001 essay for The Nation, Christian Parenti summed up the emerging consensus when he wrote, “computers, databases and high-speed networks are pushing social relations on the job toward a new digital Taylorism, where every motion is watched, studied and controlled by and for the boss.” Once wearable computing devices begin to penetrate the American workplace, Digital Taylorism will become more sophisticated and inescapable than ever before.

The techniques of Digital Taylorism, like those of its analog predecessor, are intended to do more than just improve workplace efficiency and productivity. As Parenti points out, electronic surveillance can be used—and has been used—to squelch workplace organizing efforts before they ever take hold. In an office where everyone wears Glass, the very idea of workplace organizing will be utterly unimaginable, as every employee will be turned into an unwilling (perhaps even unwitting) informant for his or her superiors.

This is not a hypothetical supposition; the question is not if but when. Already, other companies are developing wearable devices with the specific intent of strengthening workplace surveillance. The Japanese tech company Hitachi—the same Hitachi which developed the Magic Wand vibrator—has built a wearable device called the Business Microscope, a slightly cumbersome, badge-like device that apparently works best when employees wear it around their necks at all times. The Microscope tracks when and how employees in a given workplace interact with one another.

According to the Wall Street Journal, it “can track where workers travel in an office, and recognize whom they’re talking to by communicating with other people’s badges. It can also measure how well they’re talking to them—by recording things like how often they make hand gestures and nod, and the energy level in their voice.”

The Microscope displays some of the data it collects to the worker, who can then ostensibly work on “larger strategies to improve collaboration,” according to the Journal. But it’s not hard to imagine how a similar device could keep management informed regarding who’s talking to whom, or provide advice that nudges employees away from any sort of collective action.

Wearable tech is coming to the American workplace, but not as a status symbol. Instead, the workers of the very near future will likely see it as something much closer to an albatross. 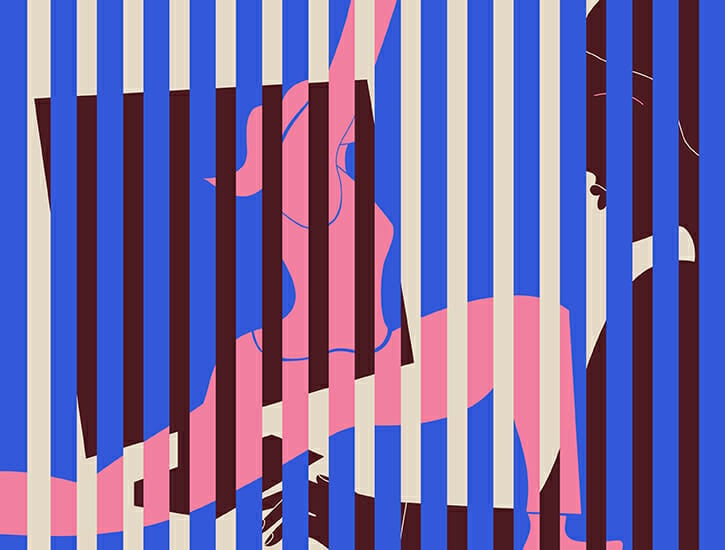 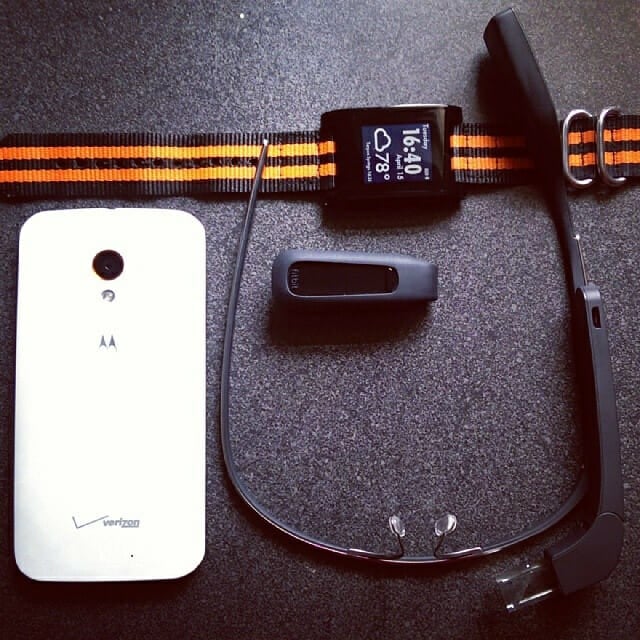 The Birth of the Time-Motion Human
Dale Lately
Word Factory