Forward, the startup touted by Bloomberg as “The Doctor’s Office of the Future,” doesn’t call itself a medical clinic. Instead, it bills itself as a “health membership,” like a gym. When I entered its office in San Francisco’s Financial District, the logic behind this turn of phrase began to reveal itself. Its medical robes for patients are designed by Lululemon, a brand that embodies the notion of wellness as a capitalist enterprise, in which the self, like an operating system, is primed for upgrades. More talismans of the self-improvement industrial complex are displayed somewhat conspicuously on the reception desk. On one side are bottles of the sleep supplement melatonin and assorted vitamins; on the other are rows of Aesop products and vials of anti-ageing serums by a company called SkinCeuticals (brand motto: “Skincare backed by science”) that can cost over $100 for a fluid ounce. A glass cabinet gleams with self-tracking gadgets like Wi-Fi-connected “body cardio” scales, blood pressure cuffs, and Fitbits. The promise of self-optimization lurks in the company’s slogan, “Design Your Health,” which is emblazoned in capital letters on the waiting room walls and on posters hanging in the shopfront window, accompanied by photos of lithe specimens in activewear.

The premise of Forward, founded by ex-Google employee Adrian Aoun and early Uber employee Ilya Abyzov, is that software can encourage a greater emphasis on preventative health care and solve the intractable structural problems and perverse incentives beleaguering an ailing system. Among its investors is real estate scion Joshua Kushner (brother of Jared), the co-founder of a health insurance startup that rewards customers who meet their step goals with Amazon credit, and Peter Thiel’s Founders Fund.

Forward’s aims are ambitious. It is betting that its use of body scanners, machine learning algorithms, and sensors can help lower the cost of primary health care by drastically shortening consultation times and improving the accuracy of diagnoses. Members enjoy unlimited visits, attention from a primary care physician, nurse, and “health coach,” and 24-7 access to the startup’s services through an app. In consultation rooms, your vital statistics are displayed on a flatscreen TV while conversations with your physicians are recorded—no need for them to take notes. In case you’re wondering, Forward does not accept health insurance—its $149 monthly fee (slightly cheaper than a membership at Equinox) is paid directly to the company. Patients will, however, need health insurance for specialist services (surgery, dermatology, psychiatry) that are not provided by Forward.

Forward seems oddly squeamish about the business it’s in.

When I visit, there’s no waiting room queue or patients in sight, bar one woman who wanders in out of curiosity. One co-founder described this vision to Forbes as “a doctor’s office that feels more like an Apple Store . . . an Apple Store that learns so it gets better with more data.” It’s an idea that runs counter to the conventional experience of a physician’s waiting room, which is a kind of unpleasantness. This is hardly surprising, given that waiting rooms are sites of illness and unconfirmed diagnosis, not to mention desperation; most of us are reluctant to visit the doctor unless we really need to.

At Forward, however, wellness appears to be a guiding ideology, in which individual responsibility for one’s health is spun as a form of empowerment. This is borne out in its aesthetics, which could be mistaken for a coworking space. The room is minimalist. It combines utilitarianism with the aspirational longing of a Pinterest board. There is a smattering of replica mid-century modern chairs, unadorned walls, polished timber floorboards, and plants in glass bowls. A report in Quartz gushes that Forward’s bathrooms have vestibules that allow you to deposit your urine samples without the threat of prying eyes. It’s one of many flourishes that makes Forward seem oddly squeamish about the business it’s in. That it is resolutely committed to erasing any association with sickness illustrates its profound misunderstanding of the obstacles impeding access to health care. It seems all the more inexcusable in the context of the GOP’s onslaught on health access that these Silicon Valley technocrats do not realize that it is the prohibitive cost of accessing services, rather than a clinic’s ambience, that actually matters.

But whether we like it or not, we’re likely to see more sleek schemes like Forward’s over the coming years. Forward’s accumulation of physiological data is a mere extension of the wholesale aggregation of data that has already taken place on smartphones and wearable devices. On the one hand, Forward’s access to such data may well mean that health plans can be tailored more accurately, or that patients can plan for better health in the long-term. Used judiciously, such data could fill the gaps in health care research. On the other, there’s something unnerving about subjecting oneself to a constant regime of granular diagnostic surveillance, even if the choice to opt in to the medical panopticon is a conscious one. Forward is cashing in on the story we tell ourselves in a neoliberal world: that we alone are the determinants of our self-interest.

The practice of logging our physiological signs and symptoms isn’t novel; its origins are as old as the Roman Stoics. The philosopher Seneca the Younger is said to have kept meticulous logs of his dietary habits and dreams. Self-tracking technologies, once the preserve of the Quantified Self movement, are easily found on the shelves of Walmart. Yet the proliferation of self-tracking is symptomatic of a more insidious sickness: the fixation with the body as an entrepreneurial project. Of course, there’s nothing wrong with taking an active role in improving your health—cutting back on booze and processed foods will give an overworked liver a hard-earned break. But I wonder how much of self-tracking is concerned with wellbeing. Performing health has become the ultimate humblebrag: being on top of your stats is as important as improving them. More troubling, though, is that good health is often seen as a matter of moral responsibility, which falls squarely on the individual. That Forward’s messaging deliberately resembles a high-tech gym aligns with this vision, where the pursuit of good health is often an expression of one’s tax bracket. Being equipped with the ability to constantly monitor and analyze our health metrics is framed as a productive enterprise. To “Design Your Health,” as Forward’s exhortation demands, is to exert control over your bodily destiny—that is, if you can afford it. For others, health is a literal matter of life and death.

Forward’s business model is a tech-driven, somewhat more affordable version of the concierge medicine movement that began in the nineties when Howard Maron, a former doctor for a professional sports team, launched a medical care program that caters to “fifty select families” who pay a retainer of more than $25,000 a year. The problem with concierge medicine is not so much its aims of personalized, preventative care and lower physician-to-patient ratios, but how it achieves them. It’s difficult to see the practice as promoting anything other than a starkly unequal two-tiered system, which only heightens existing imbalances in access to affordable health care.

In an era of free-market fundamentalism, it’s no surprise that consumer-driven, market-based options have been offered to Americans as a corrective. They’re a logical consequence of framing access to health services not as a universal right, but as a commodity. But any solution that divorces health care from a broader social project is misguided at best, and hardly constitutes the reimagining that Forward states it can lead. By focusing on technological solutions, rather than political ones, the status quo holds—and the future of health care is as exclusionary as ever.

Gillian Terzis is a writer based in San Francisco. 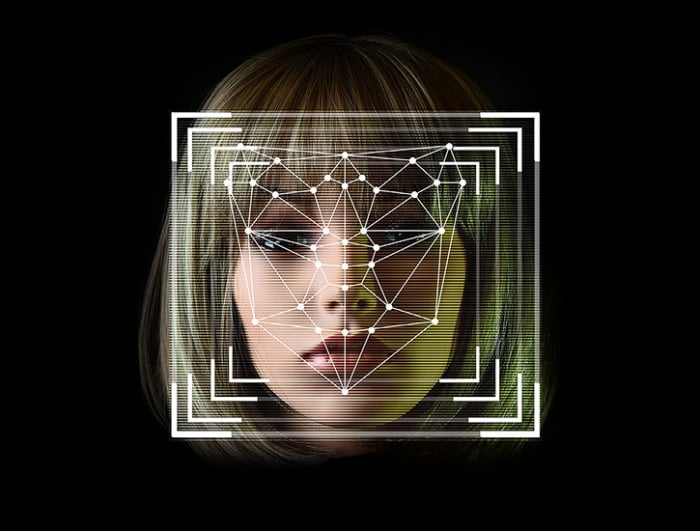 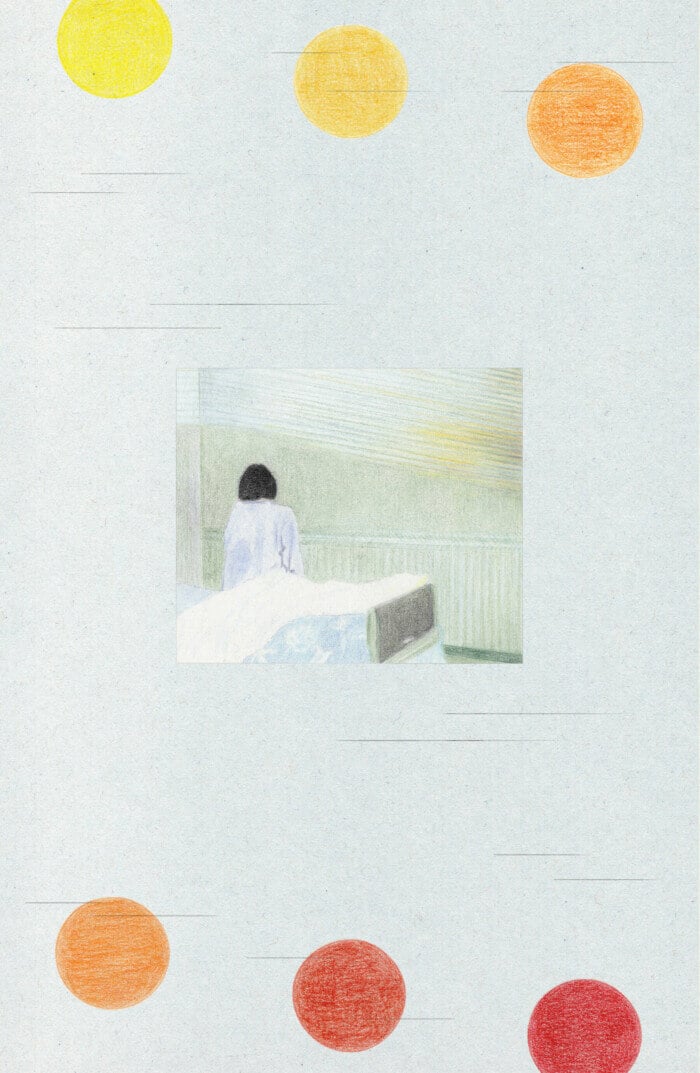 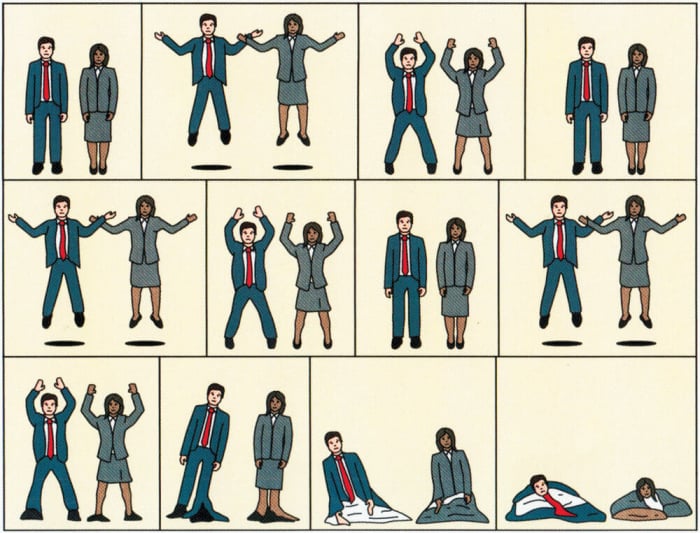