Bríd Smith has been the Teachta Dála—a member of the Dail, or the lower house of the Irish Parliament—since 2016. Her political ambition is to move the Irish Republic in a more progressive direction. To that end, she has participated in campaigns and protests against health care cuts and the Iraq War, but recently Smith has publicly revealed an experience she had in 1985 in order to gain support for the overturning of a 1983 amendment to the Irish constitution that prohibits the termination of a pregnancy for any reason. Only in 1992 was the amendment updated to allow abortion to save the life—not the health—of the woman. In 1985, Smith had to travel to Liverpool to have an abortion, an action that today in Ireland is punishable with up to fourteen years in prison. Smith is one of 158 Parliament members—only thirty-five were women as of the 2016 election. Today, Friday, May 25, the country votes on whether to keep abortion illegal—or to bring Irish women closer to equality.

Smith’s ordeal, traveling abroad for an abortion, is a sadly common experience for young Irish women, what she calls “our dark, dark past, the Mother and Baby homes scattered throughout the country, scandals of forced adoptions, scandals of rape and cruelty by the clergy,” she told me, “indeed the scandal of exporting our women’s health needs by ignoring the right to choose and failing to provide safe, legal, and free abortion in Ireland.”

The amendment has routinely and systematically killed Irish women.

The Eighth Amendment to the constitution of Ireland reads, “The State acknowledges the right to life of the unborn and, with due regard to the equal right to life of the woman, guarantees in its laws to respect, and, as far as practicable, by its laws to defend and vindicate that right.” Since the amendment’s passage, women have been forced to carry to term fetuses with fatal abnormalities, fetuses that are not able to live independently, or fetuses women cannot provide sufficient care for. The amendment continues to shame and drive pregnant and unwed women from general society. In the past women were forced into so-called—and often abusive—Mother and Baby Homes or Magdalene Laundries, facilities run by the Catholic Church. At least thirty-five thousand women and girls went through nine Mother and Baby homes—and nine thousand babies died—between 1904 and 1996, when the last home was closed. The alternative, leaving the country to terminate pregnancies, requires them to face immense monetary and emotional costs. The amendment has routinely and systematically killed Irish women.

This is not the first time that a motion to repeal the amendment has been introduced, but as more and more Irish families are coming forward with horrific stories of what this ban has done to them, Friday’s vote has garnered global attention—and fervor.

The New York Times story by Dan Barry, published in October of last year, magnified Ireland’s history of shutting away, mistreating, and denying women’s access to reproductive services. “The Lost Children of Tuam,” chronicled the discovery of a mass grave of babies found outside a Mother and Baby home in Tuam, County Galway.

A few months later in February, 2018, the Prime Minister of Ireland, Leo Varadkar, announced that he would be campaigning to end the constitutional amendment. Currently, Ireland is the only country in the European Union—and the only Westernized country in the world—that criminalizes abortion. The ban effectively facilitates the harm of female bodies in Ireland, with women both dying and being left with irreparable physical and mental hardships. Countries where abortions are illegal have four times the rate of unsafe abortions—which can result in disability or complications, with forty-seven thousand women dying from unsafe abortions annually. In 2016, 3,265 Irish citizens had legal abortions performed in England and Wales, with 69 percent of those abortions being performed at three to nine weeks of gestation. And 42.8 percent of abortions performed for Irish women in Great Britain were for residents of County Dublin; Dubliners happen to have the highest levels of support for repeal in the Republic. Most Irish women, however, do not have the means or the support network to go abroad for their terminations and, in desperation, are forced to use unsafe termination methods at home.

The idea of family values became rhetorically central to the new Republic, and was prized within Ireland’s burgeoning free state.

In February of this year Bishop Brendan Kelly of Galway and Kilmacduagh called for the protection of human life “from its tiniest origins” at his Mass attended by more than two thousand people. The Bishop’s address denounced the legislation that would replace the Eighth Amendment, which would allow abortions for up to twelve weeks of gestation. “Will Ireland Join 133 Other Countries Where Abortion Is Legal?,” UN Dispatch, a publication of the United Nations, wrote at the time of the Bishop’s address. Many members of the Catholic Church in Ireland have included the respect of human life and dignity in their arguments for retaining the constitutional ban. And days before the Irish prime minister was scheduled to visit the White House, seventeen prominent American “pro-life” leaders signed a letter urging him to retain Amendment Eight. These signees included the president of March for Life, the president of the Susan B. Anthony List, the executive director of Students for Life, and the president of Americans United for Life. This coalition believes that, especially in light of the 1973 Roe v. Wade decision, Ireland’s constitutional ban on abortion is “a beacon of hope for America.”

The regulation of women’s bodies has played a particular role since Ireland was established as a free state in 1922. Since the time of Ireland’s independence from its British oppressors in the early twentieth century, a conservative and Catholic nationalism has been linked to its political identity and independence. The idea of family values became rhetorically central to the new Republic, and was prized within Ireland’s burgeoning free state. The purity and morality of the state, then, was placed on Irish women’s shoulders; consequently, women who behaved in ways that opposed such ideals became violators of the nation, symbols of unacceptable female behavior in the newly formed country. The regulation and control of sexuality was woven into the identify of the new Free State. To the detriment of women’s health and safety, those principles have perpetuated discriminatory policies into the current national era.

The Republic’s history is stained with tales of women sacrificed in order to protect the sanctity—and control—of sexuality and reproduction. Today’s vote will determine if the country is still willing to disregard Irish women’s history of pain, suffering, and death.

Barbara Felder is a recent graduate of New York University where she studied Public Policy and Religious Studies. While studying in Dublin, she was intrigued by the juxtaposition of the progressive politics of the nation with its regressive stance on women’s rights. A Brooklyn Native, she is an aggressive driver and bagel connoisseur. 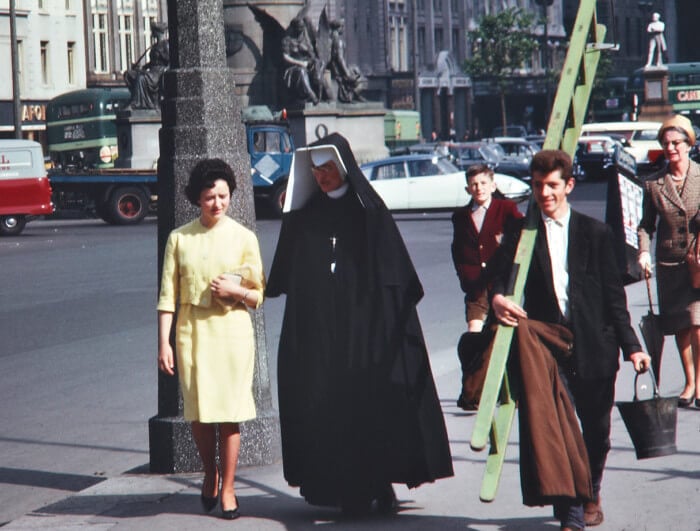 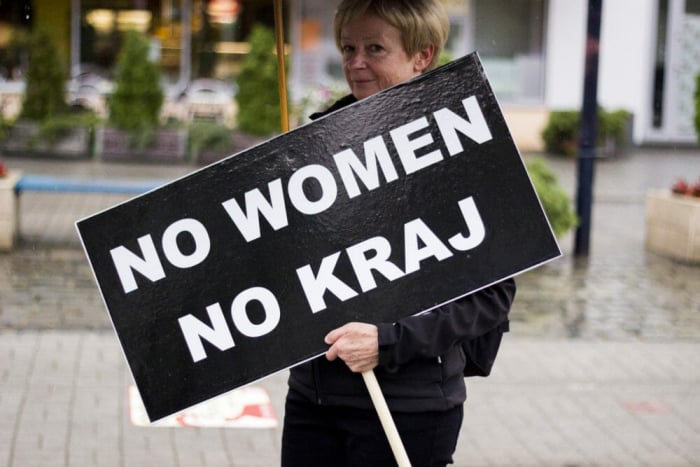