Midway through 1999’s The Matrix, Keanu Reeves’s hacker-cum-cyberpunk-messiah Neo sees a black cat shivering in a doorway. Then, he sees it again. “Woah,” he utters, in that trademark, flat Keanu Reeves way. “Déjà vu . . . ” The phenomenon, Trinity (Carrie-Anne Moss) tells him, means big trouble. In the titular world-scale digital simulation in which the bulk of the film unfolds, déjà vu signals a computer glitch: a case of the simulation tweaking its code in real time.

One can’t help but be reminded of this idea watching The Matrix Resurrections, a long-gap sequel to the original sci-fi trilogy, which ended with Reeves’s Neo striking a détente between the machine overlords that enslaved mankind within a counterfeit reality and the fleshy human resistors who opposed them. The new film opens as the original does, following a heavily-armed SWAT team as they swarm a seedy motel room where a leather-clad hacker is plonking away at a computer terminal. The scene expands to introduce a new character, Bugs (Jessica Henwick), who notes to her compatriot that this familiar scene is a training module, designed to hone the skills of the digital heavies who patrol the parameters of the matrix. Or rather, a version of it that exists within the original matrix. It’s sixty years after the events of the last film, and nearly twenty years after its release. Things have gotten deeper—if only slightly.

The simulation now includes a popular video game trilogy—called, of course, The Matrix—that re-stages the events of the original films. Neo, too, is back, in his guise as Thomas Anderson. This time he’s not a computer programmer but a video game designer, whose “great ambition was to make a game indistinguishable from reality.” He’s the chief architect of the Matrix game trilogy, which has just seen a sequel green-lit within the fiction of both the matrix and The Matrix. (Matrix Resurrections was itself promoted with a tie-in video game demo, The Matrix Awakens.) Like William James’s image of our world resting on an infinite regress of rocks, it seems like it’s matrixes all the way down.

The planned game sequel prompts much hand-wringing. Characters bat ideas back and forth in an open-concept office, trying to get to the heart of what made the original Matrix work. Resurrections abounds with this sort of dorky meta-humor. There are jokes about the game design firm’s parent company being Warner Bros. (the actual film’s producer) and jokes about déjà vu. A fourth-wave coffee shop is called “Simulatte.” That kind of thing. It’s the sort of stuff that elicits barking, staccato guffaws from in-the-know audience members that quickly fade into barely bemused titters. It’s meant to be cute, but it’s mostly annoying.

Still, the film is not without its charms. Some of the early action scenes crack along reliably, playing with inversions of gravity and time, like a fleeter Christopher Nolan flick. And the notion of revisiting the world of the matrix is not without appeal. After all, the original film forecasted a world of digital disenfranchisement that is now, under the auspices of our current Silicon Valley overlords, regarded as aspirational. (In a telling touch, Resurrections moves the action from an implied Chicago to the Bay Area, explicitly marked by familiar landmarks and San Francisco PD cruisers.) And with its image of two pills representing diverging ideological bents, The Matrix provided a ready-made vocabulary that has been embraced in our real world, where everyone is redpilled, blackpilled, Danpilled, or Tedpilled. But Resurrections never manages to meaningfully intervene in the very conditions it seems to be diagnosing—and which the series had already diagnosed, decades ago. Like postmodernity itself, the state of digital dependency dramatized by The Matrix cannot be alleviated. It can only be mediated, with increasing levels of irony and winking self-awareness.

To wit: Resurrections is not about digitization, or the metaphysics of reality, or the broken promise of the cyberpunk genre. It is about movie reboots. Here, Neo must be liberated again, literally remaking his quest from the original film, with the obstacles re-skinned and old foes appearing in new guises (Jonathan Groff, playing the meddling computer program Smith, is a hunkier, paler imitation of the menacing Hugo Weaving). Characters snipe about how humanity is merely reframing the same handful of archetypal themes and ideas. “We’re still telling the same stories we’ve always told,” says one game designer, sounding like he’s been watching too many Jordan Peterson YouTubes. “Just with different names, different faces.” This may well be true. But it also feels like a cop-out. Especially because the original Matrix, as imagined by sororal duo Lilly and Lana Wachowski, felt genuinely inventive. It blended Terminator-styled dystopian sci-fi with Hong Kong wire-fu action and state-of-the-art special effects, all draped in the industrial liveries of a turn-of-the-millennium goth club. It may not have been wholly new. But it was thrilling remix. It spoke to the ennui of America at the “end of history.” It captured the soul-deadening, Dilbert-esque daily doldrums explored in films like Fight Club and Office Space. It also played straight to the anxiety around “Y2K” and the mounting cultural panic that home computers and toaster ovens might break down or turn against their owners. The Matrix felt like it was speaking to its time. Now, movies seem to chatter only among themselves.

There’s plenty of precedent here, of course: Ready Player One; the recent Space Jam sequel; and the new Spider-Man movie, which draws together two decades worth of sticky narrative threads spun across three distinct franchises. Corporate wheeling-and-dealing is increasingly allegorized onscreen, to the point that many blockbusters are now about their own production. Within ten years, we’ll see Aaron Sorkin hoisting an Oscar overhead, rewarded by his peers for helming a chatty drama about the backroom legal finagling that saw a Star Wars-branded lightsaber licensed to the movie Free Guy. Hollywood is already lodged in the post-postmodern rabbit hole, with little to show for it. The culture is glitching, looping, stuck in some long, static interregnum, like a radio drifting between channels. If a new Matrix movie felt grimly inevitable in such a climate, it also had great potential.

And I suppose it’s nice that director Lana Wachowski (going solo this time) returned to wield some control over a story that would otherwise be expropriated however-which-way by the studio. But she has only a passing interest in the new convolutions of the simulation itself. Wachowski is more invested in revisiting Neo and Trinity’s wrenching, realities-spanning romance. Rather than the heady ideas at play in the premise—which have been by-and-large replaced by geeky in-jokes—she wants to explore (again) the profound power of love as some supernatural force. At its worst, the Wachowski worldview recalls that classic Simpsons joke: the secret ingredient is always capital-l Love.

This strain of touchy-feely sci-fi certainly has its admirers, and I sometimes count myself among them. But I find the Wachowskis’ sappiness (however earnest) more tolerable when enlivened by their stylistic and technical inventiveness. The rote, underdog rhythms of Speed Racer (2008) only work because they unfold within an aesthetic landscape that splits the difference between La Chinoise and Paper Mario. The Matrix’s heavy hooey about fate and choice and freeing one’s mind is leavened because, well, the movie is entertaining as hell. But now, the ideas are stale (2003’s The Matrix Reloaded already introduced the concept of its story being a remake), and the action settles into tedium: graceful bullet-time ballets are replaced by crunchy, John Wick-style fights and repetitive CGI set pieces that see Neo stopping hails of bullets with his hands, over and over and over again.

Perhaps there’s something modestly clever in the major meta-gesture of this newest Matrix—in its idea of the matrix reproducing its own destruction in the form of an interactive video game. After all, the notion that the very systems that delude us offer self-contained safe spaces for relieving those delusions is apt. Like capital, the matrix survives by evolving quicker than the forces that oppose it. If we take this message seriously, then the goodly thing to do is to ignore The Matrix Resurrections and all corporatized entertainments. To put down Twitter and TikTok and smooch our spouses; build a snowman with the kiddies; clink some beers with a gaggle of good buddies.

That we should all invest not in our virtual existences, but the fleshy, loving, contingent relationships of real life, is a perfectly decent message. That the Wachowskis have been repeating this tired line for two decades speaks despairingly to the conditions of our own, present-day dystopia. Resurrections is suspended between cyberpunk trappings that were already shopworn circa 1999 and the intellectual prison of high-concept meta-mongering. It is a movie of the interregnum, one that could have been auto-generated by it. In this way, The Matrix does manage to speak to the times. Again. 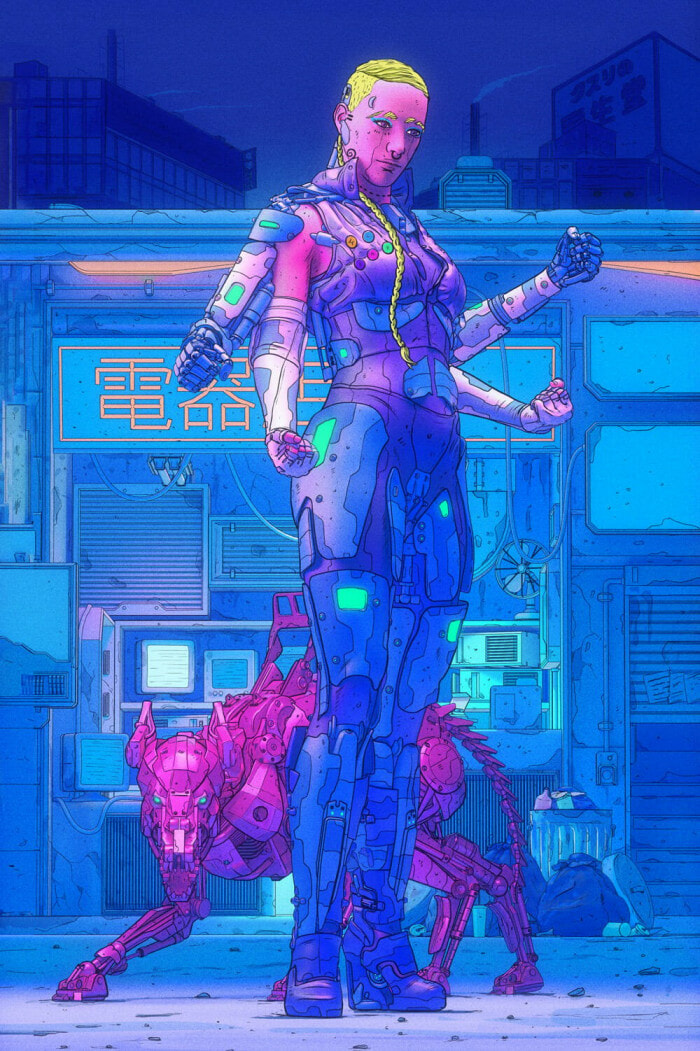 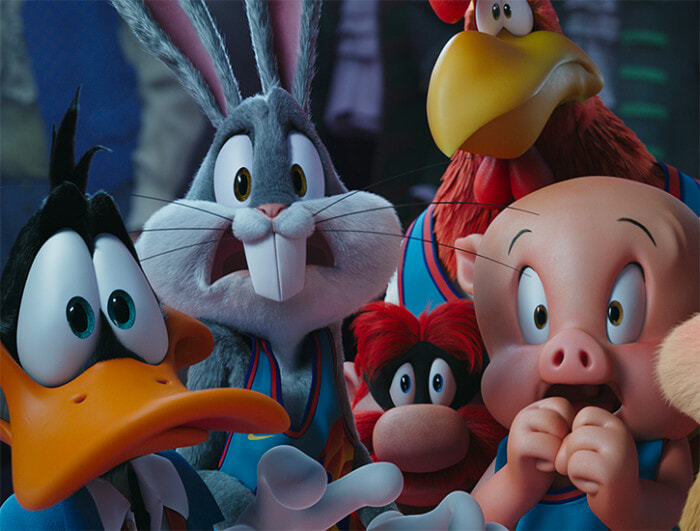 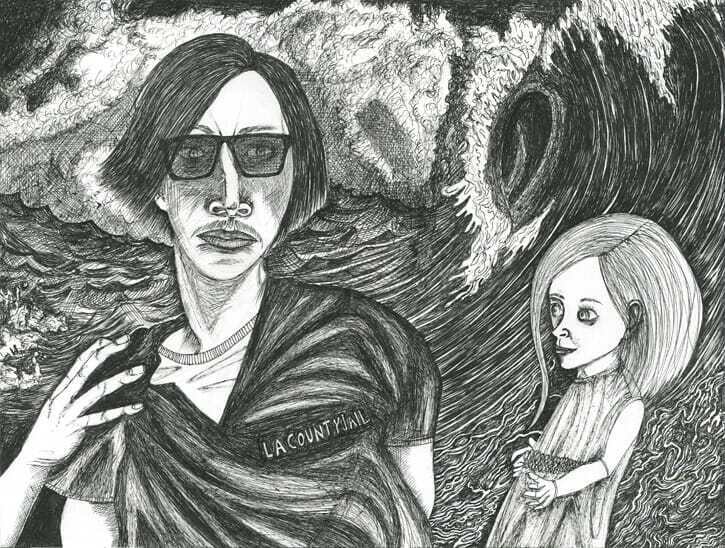