Two years ago, at a panel discussion held in a crowded theater in Brighton, England, on the fringe of the Labour Party’s annual conference, two thinkers were debating the way out of capitalism. Paul Mason, the journalist and author of Postcapitalism, relayed his book’s thesis: information technology, as seen in digital files that cost nothing to reproduce, “cheapens real things so rapidly that it disrupts capitalism’s normal mechanisms of adaptation and survival,” thus undermining the system from within. David Harvey, the scholar of Marx’s Capital, disagreed:

Every time a new wave of technology comes along, it does indeed seem to suggest some beautiful new future that can be constructed out of it. . . . the answer is, “well, it could be,” but it’s not going to be because the capitalist social relations are dominant . . . they are going to make sure that these new technologies get used to squeeze value out of labor.

It wasn’t exactly the Rumble in the Jungle, but the exchange illustrated two deeply different approaches to post-capitalist strategy: one places its emphasis on technology to light the way, the other on the dynamics of class struggle. Moderating the discussion was Aaron Bastani, co-founder of Novara Media, an outfit that emerged out of the 2010-2011 UK student movement and which has been plugging the gap in Britain’s discursive ecosystem for complex and accessible thinking from the left. Bastani’s first book, Fully Automated Luxury Communism, is something of a bridge between Mason and Harvey, fusing a futurological account of the emancipatory potential of digital technology with a “political project of collective solidarity and individual happiness.” If successful, Bastani argues, the endpoint will be a society “as distinct from our own as that of the twentieth century to feudalism.”

Fully. Automated. Luxury. Communism. It sounds like the future. Or, rather, how the future used to sound, when children read magazines about holidays on the moon. Popularized by Bastani in a 2014 video, the pitch is simple: post-2008 capitalism is in a secular crisis, sustained by an unprecedented amount of cheap money from central banks; automation, now paired with the cognitive capacities of artificial intelligence, is eating away at working and middle-class jobs; this renders a new account of a post-capitalist and post-work society necessary.

It has become easier to imagine the end of people echoing that Fredric Jameson line than the end of capitalism.

Borrowing from Silicon Valley’s lexicon, Bastani describes three world-historic “disruptions”: the first arrived twelve thousand years ago when humans mastered agriculture and animals; the second with the advent of industrial capitalism; the third, the book wagers, has already started, underwritten by “declining costs of information and exponential progress in digital technology.” Extrapolating from current trends, Bastani divines a near future in which labor is fully automated; the energy question solved by plentiful solar capacity and mineral resources for circuit boards and batteries acquired by mining asteroids in outer space; biological limits transcended by gene-editing; and laboratory food produced on a mass scale. With basic necessities made abundant, capitalism becomes unnecessary as a regime for managing scarcity.

Taking a cue from Marx’s understanding that his job was not to write “recipes for cook-shops of the future,” Bastani does not describe in detail what daily life under fully automated luxury communism will be like. But we can glimpse, through his playful and lucid sketches, FALC as a world in which solar-powered autonomous cars whisk us to blissfully short working days and then onto painting, hunting, fishing, or whatever non-waged hobbies we want, while diseases are spirited away by programming them out of our biological code. Somehow, consumption habits appear to be unchanged. It’s a fully free and leisurely existence in which we all “lead lives equivalent—if we so wish—to those of today’s billionaires.” “Luxury,” in this sense, is both a tautology and a contradiction, because under FALC, elitism is for everyone.

You can’t fault Bastani’s desire to enrich the general impoverishment when it comes to picturing an emancipated future: it has become easier to imagine the end of people echoing that Fredric Jameson line than the end of capitalism. But his central futurological claim—the inevitability of a “dramatically different” society as a result of automation—is questionable; it still remains uncertain that the robots are going to take our jobs. Bastani cites an influential 2013 Oxford University paper that claims 47 percent of U.S. jobs are at “high risk” of being automated, but doesn’t mention, as Hettie O’Brien writes in New Statesman, that “when its methods were replicated with different weightings, researchers obtained radically different results”: an OECD paper suggests 9 percent of jobs in advanced countries are automatable, while a 2017 McKinsey Global Institute report put the figure of wholly automatable occupations at 5 percent. The history of domestic labor in the twentieth century is instructive: there is evidence to suggest that the arrival of labor-saving appliances like dishwashers and washing machines rarely reduced women’s unpaid working time.

Bastani recognizes that the spread of automation may be “uneven and intermittent,” but this stands in tension with a more grandiose prediction: industries involving taxis, buses, trains, planes, and warehouses will be “near entirely automated in little more than a generation.” If it remains cheaper to exploit insecure humans rather than invest in machinery, there’s no reason why such an outcome is guaranteed. Also missing is the role trade unions, which have achieved more popular “luxury,” with weekends and paid leave, than any other organization, play in the transition to a fully automated society. Automation deprives labor of its key weapon—the strike—and can empower capital.

And what does FALC look like from the Global South? Bastani foregrounds the climate crisis as one reason to embrace the “third disruption,” with its potential to accelerate the transition to a post-carbon economy. The dramatically falling cost of producing solar energy, he writes, could “end the historic imbalance, present since colonialism and profoundly deepened by the Second Disruption, between the world’s wealthiest and poorest nations.” At the same time, a common critique of FALC is that it is a rich-world fantasy, made intuitively plausible to certain leftists only by the outsourcing of industrial production from the north to those poorest nations. Fully Automated Luxury Communism does not help this image problem with its scant treatment of the world outside Europe and North America. Bastani begins the book with a series of novelistic vignettes detailing “six characters in search a future,” including an entrepreneur, genetic hacker, shopper, and a factory worker whose lives are on the precipice of being transformed by technology. Tellingly, five of the characters live in the U.S. and UK and one in China, a nation that accounts for one-fifth of global GDP. Whereas Lenin emphasized the importance of solidarity between the laboring classes of rich and poor world alike, FALC treats the technologically advanced nations as leading the march toward the future. Given that the most successful socialist societies—USSR, Cuba, China—of the last century emerged from the “under-developed” world, this might be misguided, and suggests limits on its value as a universalist program.

By conceptually linking radical reform with a utopian horizon, Fully Automated Luxury Communism succeeds in its most achievable goal: reminding the left to start thinking in the future tense.

Perhaps what makes this type of techno-utopianism seem plausible or not—with its wide-eyed chapters on “Limitless Power” and “Mining the Sky”—depends not so much on the content of claims about the future, but whether the reader shares an intuition about the present: that tech-sector luminaries stand at the edge of a new avant-garde. Silicon Valley CEOs, with their shareholder-facing, boosterist predictions, are often quoted in the book as evidence of where things might go; FALC is in thrall to the story Silicon Valley likes to tell about itself. But have the likes of Jeff Bezos contributed anything qualitatively new? Judging by recent sketches of Bezos’s plans for space colonization, with images that could have been taken straight from the 1970s, or Silicon Valley’s well-documented capacity to invent things that already exist, the answer is no. Invention is not the same as innovation.

Yet, a central tenet of Bastani’s book, which lifts it above technological determinism, is his insistence that “in the absence of an appropriate politics” all these technologies will only “lead to novel forms of profiteering.” One clarifying passage is a moment of social analysis that draws on the migration crises and the 2013 science-fiction film Elysium, in which the wealthy live luxurious lives in an off-world colony while the poor suffer on Earth. “A world which will soon have the technology to sequence the genome of every organism on earth also permits thousands to drown in the Mediterranean each year,” Bastani acknowledges.

So, what is the appropriate political strategy to avoid an Elysium-like fate? FALC’s answer is not revolution or insurrection but electoral populism. After all, the reason Bastani, David Harvey, and Paul Mason (along with Alice Bell and James Meadway) were discussing post-capitalism at an event full of Labour Party members in the first place is because of the radical direction that the Party is heading in under Jeremy Corbyn, freed from the centrist managerialism of the Blair years. And the penultimate chapter of Bastani’s book reads like a lyrical, emboldening program for Corbyn’s possible government. Unlike the vague fantasia of FALC’s introduction, passages here on gentrification, poverty, and climate change are met with clearly articulated policy responses. A Universal Basic Income is jettisoned in favor of the idea of Universal Basic Services, a smart rebrand of the socialist endeavor to take essential services out of commodity circulation; think Medicare for All but expanded to Medicare for Housing, Education, and Transportation. This, Bastani claims, will “[begin] the work of communism in the present.”

By conceptually linking radical reform with a utopian horizon, Fully Automated Luxury Communism succeeds in its most achievable goal: reminding the left to start thinking in the future tense. And the spectacle of Bastani defending his Marxism on the BBC, fracturing the Overton window with self-assured style, might be worth a thousand predictions proved wrong. But we have been here before. The Black Panthers put “community control of modern technology” in their ten-point platform in 1972. The Third World project spent decades in the post-colonial era demanding a “transfer of technology” from the rich world to no avail. Salvador Allende’s Project Cybersyn in the early 1970s sought to combine state-of-the-art tech with socialist central planning, while the Soviets had set up a Ministry of Automation by 1956. Politics gets in the way. The next step for those committed to FALC should be returning to the past to learn from those who jump-started the future before them. 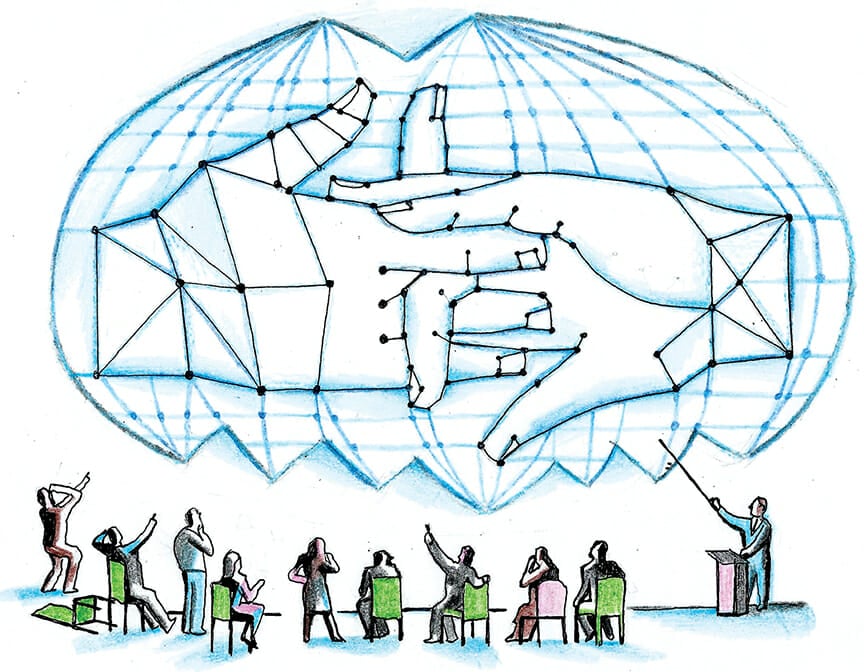 They Made Him a Moron
Evgeny Morozov
Salvos 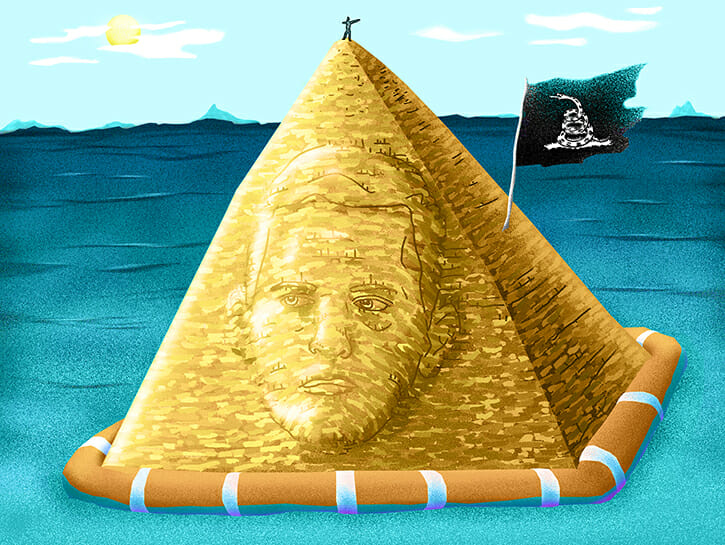 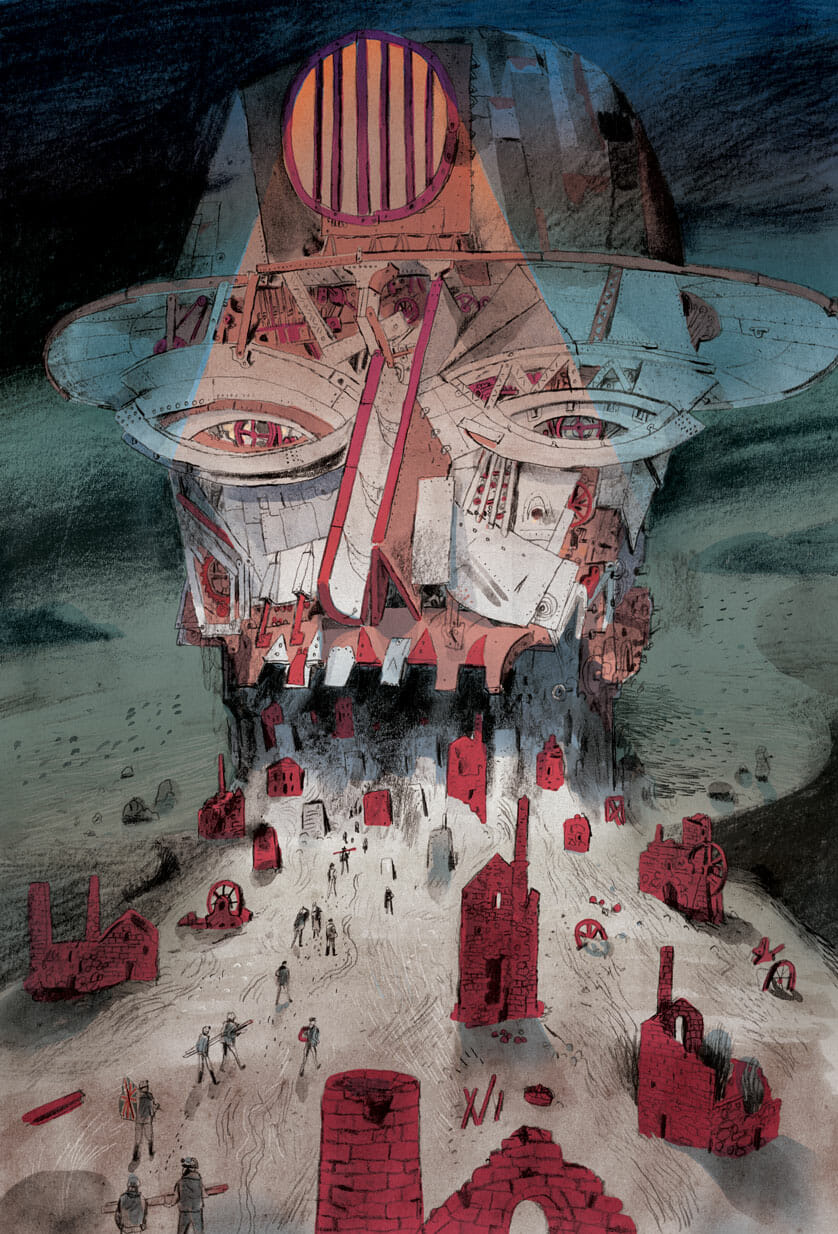 The God in the Machine
Tom Whyman
Salvos