Sarah Manguso’s turns of phrase have a way of instantly crystallizing into idiom. Ever since I finished reading her novel Very Cold People, shards of her precision keep surfacing in my head. When I pull the olive wool-blend cardigan that lives on the back of my desk chair over my shoulders, I think, “warming sweater,” as in, “an old Irish cable-knit cardigan with leather buttons hung in the downstairs coat closet, which smelled of hot farts and smoke. If anyone ever needed a sweater, they could go and put on the warming sweater, which was its name, as if other sweaters were merely decorative.”

That’s Ruthie speaking, telling us about her family’s house in the fictional Massachusetts town of Waitsfield, populated with the descendants of the United States’s “first, best people.” Even as a child, Ruthie understands that she “could never build the kind of relationship with money that the people in those stately, drafty, oldest houses enjoyed.” Her mother is a striver, a Jewish woman who “hung antique prints of George Washington and Abraham Lincoln on the walls as if we lived inside a schoolgirl’s report on the United States of America.” Her father, an Italian American who wears a fake Rolex and hates when machines make him feel small, is an accountant whose paycheck covers the mortgage but not much else. Ruthie knows she does not belong in this place but tries to blend into the scenery in order to survive. “My own girlhood felt like something from 1650 even when it was happening,” she thinks. “The little parties, kindnesses done by friends, the light as I walked home from school. Pine needles. I spent those days feeling half-there, not quite committed to that life.”

Though we follow Ruthie through the mid-1980s and early 1990s as she comes of age, trudging forward through frozen winters and bored summers, there is not much of a plot in this novel in the sense of cause and effect. We rarely stay in a scene for more than three pages at a stretch, and most of Manguso’s paragraphs are shorter than eight typed lines; the pages breathe with ample white space. Chapters are organized less around major events that propel the narrative forward than loose themes—class tensions, maternal cruelties, middle school anxieties, the ubiquity of sexual assault and intergenerational trauma—illustrated by snapshots of Ruthie’s memory. That’s to be expected. You don’t come to a writer like Manguso looking for plot but for distillation, those moments of perfect capture. Warming sweater.

Manguso has had a long career as a miniaturist. Very Cold People is her debut novel, and her longest book at 208 pages. She started with poetry, publishing two collections, The Captain Lands in Paradise (2002) and Siste Viator (2006), each combining verse and prose poems. In 2007, she shifted briefly into fiction, contributing very short stories—eighty-one numbered paragraphs, to be precise—to a McSweeney’s compilation, 145 Stories in a Small Box, alongside Dave Eggers and Deb Olin Unferth. Then came a decade’s worth of elliptical, fragmented nonfiction works, starting with 2008’s The Two Kinds of Decay, a sparse illness memoir that subverts the received narrative of illness: “Narratives in which one thing follows from the previous thing are usually imaginary,” Manguso writes here, in an ars poetica of sorts. Her 2012 book, The Guardians: An Elegy for a Friend, written following a friend’s suicide, is another act of genre subversion, written in prose and in flat affect. Her last two books, Ongoingness: The End of a Diary (2015) and 300 Arguments (2017), are exercises in extreme constraint: the former a 104-page reflection on an eight-hundred-thousand-word diary that Manguso kept for twenty-five years; the latter, well, three hundred aphorisms. A sample: “I don’t write long forms because I’m not interested in artificial deceleration. As soon as I see the glimmer of a consequence, I pull the trigger.”

The novel is, of course, typically considered a “long form.” In an interview with David Varno for Publishers Weekly, Manguso explains that she did not originally intend for Very Cold People to take the shape of a novel. Her “Boston book,” about growing up in Wellesley, Massachusetts, a town outside Boston first colonized in the 1600s, was originally conceived of as a memoir, until “it turned out that memoir wasn’t a large enough form to contain everything.” Fiction allows Manguso a measure of freedom within her tightly constrained style, an ability to explore the haunting violences of Wellesley—its obsession with its own whiteness and the power that clings to its original settlers; its rigid class structures; its icy emotional restraint; its refusal to acknowledge what happens to the girls who are stuck within its ten square miles—with more truth than a strict adherence to fact would afford.

As the vignettes in Very Cold People gather momentum, both we and Ruthie grow more aware of the dangers lurking under the surface in this frozen town. The town believes itself dignified, but that dignity can only stay intact if the truth of its atrocities stays buried, like the “three-hundred-year-old babies [who] lay in the earth” in the Congregational church’s cemetery.

Waitsfield is a place, for instance, where Officer Hill, a policeman who comes to the elementary school to lecture to the children about stranger danger, dies by suicide after a boy from the projects says he spanked “his naked bottom and kissed him on the mouth.” The newspaper reports, per Ruthie, that “the Bannon Road kid had lied . . . Officer Hill had spanked him through his pants, then kissed him on the forehead to console him about the spanking.” Some hundred pages later, as a teenager, Ruthie reflects on Officer Hill’s fate, waking up to how the stories the town tells itself serve to paper over a culture of abuse:

Back then, we’d been told that Officer Hill was an odd person. Sensitive. We thought that the tennis coach was odd, the volleyball coach was odd, Bee’s father was odd, Amber’s brother was a little odd, and it was particularly odd that one night, in ninth grade, Charlie had been picked up by a cop. She had been running through the field at school, screaming. And she was naked. Just screaming.

Waitsfield, in other words, is a place that keeps itself alive by perpetuating erasures both big—insisting that the Cabots and Lowells and Emersons, the Boston Brahmin, were the “first” families in this part of the country—and small—“That was just one time. It won’t happen to you.”

This erasure is one that Ruthie’s mother Linda clings to. Manguso’s character study of Linda is reason alone to read Very Cold People. She manages to make this woman both vilely self-centered and still somehow deserving of sympathy. A series of sketches toward the beginning of the novel seem to tell us all we need to know about Linda. Here she is watching television: “My mother looked straight ahead, as if the television were just a rectangle of meaningless sparks. . . . My father seemed capable of being transported to Victorian London or outer space, but my mother was always just a woman sitting on an upholstered sofa in 1985. She was the protagonist of everything.” Here she is at Ruthie’s birth: “The doctor said, Oh, she’s beautiful, when he pulled me out, and my mother thought he was talking about her.” Here she is in a moment of mundane cruelty: “One day my mother asked me what color my eyes were. . . She had no idea that a normal person would find it insane for a mother to ask her only child what color her eyes were.” This egotism, deliciously rendered, reveals itself as a form of armor. Linda’s dimensionality accrues with Ruthie’s growing understanding of the abuse in Waitsfield’s air, helping answer the questions she longs to ask her great aunt at the outset of the book: “What had happened to my grandmother? . . . To my mother? And what would happen to me?”

In Waitsfield, the answer to that last question seems fated. If fiction has offered Manguso formal freedom, it is difficult for Ruthie to imagine a manner of escape besides dying or getting pregnant. Manguso is an utterly unsentimental writer, and there is no true thawing of these cold people or this cold place. Which is exactly as it ought be in her first novel—a sharp icicle, like the ones Ruthie eats in winter because they are “a primal thing that could not be bought.”

Kristen Martin’s narrative nonfiction book American Orphan will be published by Bold Type Books. She has written for The New York Times Magazine, The Atlantic, NPR, Lapham’s Quarterly, and elsewhere. She tweets @kwistent. 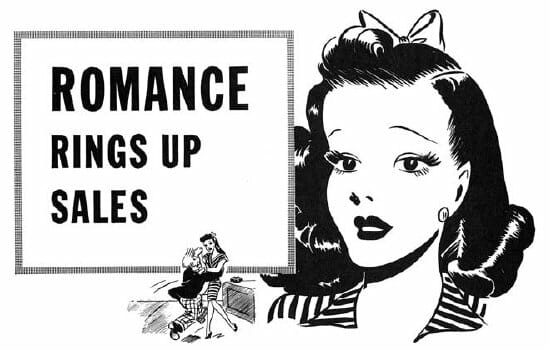