In June of 2017, Jeffery Havis pled guilty to being a felon in possession of a firearm before the U.S. District Court in Tennessee. The federal charge can carry up to ten years imprisonment but has no minimum sentence; Havis expected to serve twenty-one to twenty-seven months. Despite this, Havis was sentenced to at least forty-six months—a full year and seven months longer than he had anticipated when making his plea. The cinch in his case was a twenty-year-old conviction for delivering cocaine.

The unexpected severity of Havis’s sentence was a function of the U.S. Sentencing Guidelines. Established in the 1980s, the guidelines were intended to rein in disparities in sentencing in federal criminal courts; three decades later, they have been identified as one of the drivers behind the explosion of federal incarceration, which has grown more than six-fold since their introduction.

The seeds of the U.S. Sentencing Guidelines were first planted in the 1970s. At the time, progressive reformers like Senator Ted Kennedy hoped to reduce discrimination in federal courts by limiting the discretion of judges in sentencing defendants. But by the 1980s, “reform” of the criminal justice system had come to mean making it even more punitive, as conservative crusaders like President Ronald Reagan rode into office to wage the “War on Drugs.” Provisions lowering maximum prison terms and introducing alternatives to incarceration were cut from the legislation in favor of dramatically longer sentences intended to prioritize deterrence, public safety, and “respect for the law.” This grotesque transformation eventually manifested in the Sentencing Reform Act of 1984, which yielded the U.S. Sentencing Commission—and the guidelines—in 1987. The results have been predictable: from 1980 to 2015, the federal prison population grew from around 25,000 to over 200,000, with drug-related offenders constituting a disproportionate share of that growth.

“Despite the lofty goals of the guidelines, the practical effect was to make sentencing much more complex and often more punitive,” says Caleb Kruckenberg, litigation counsel for the New Civil Liberties Alliance, a nonprofit legal organization dedicated to defending constitutional freedoms. In addition to being draconian, the guidelines are, according to Kruckenberg, “about as readable as tax forms.”

By the 1980s, “reform” of the criminal justice system had come to mean making it even more punitive.

The Sentencing Guidelines operate on two axes: offense and history. On the first axis, the guidelines establish a base for minimum and maximum sentences according to the apparent severity of the criminal offense. Trespassing, for example, is a level four offense carrying zero to six months in prison, while kidnapping is a level thirty-two offense, carrying from ten up to almost thirteen years. On the other axis, the guidelines increase the minimum and maximum sentences according to the defendant’s criminal history, which is calculated by points: two points if the defendant was on probation, three points for each previous sentence exceeding one year and one month, etc. Along this axis, a trespasser with thirteen or more criminal history points will get six months to a year, while a kidnapper with the same number of points can get almost twenty-two years.

Though this summary may sound straightforward, the guidelines are anything but—which explains why they span nearly six hundred pages, with an additional 1,600 pages of appendices. To begin with, the level of the base offense and the number of criminal history points are both influenced by factors beyond the defendant’s immediate conviction. The base level, for example, can be increased by “relevant conduct,” including criminal behavior that never carried charges, or carried charges that were dismissed or even acquitted. Criminal history points can also be tabulated based on the defendant being categorized as a “career offender,” a designation which equates violent crimes with drug charges and assigns anyone with two such prior felonies to the longest possible sentences.

The adoption of the Sentencing Guidelines gave prosecutors wide discretion to establish base levels and criminal history points, which came with an unprecedented degree of power over defendants. For most of their history, the guidelines were compulsory and created a situation in which judges were forced to pass sentences within dictated ranges. “The Sentencing Guidelines shifted the balance of power originally because they were mandatory and very much constrained how the judge could sentence,” explains Mona Lynch, author of Hard Bargains, which examines the impact of the guidelines on federal criminal courts. “The conviction elements and relevant conduct—what goes into calculating the offense level score in the guidelines—were more in the prosecutor’s control, especially in the plea-bargaining process.” Because prosecutors could introduce relevant conduct, “career offender” assignments, and other so-called “enhancements,” defendants found themselves forced to negotiate with prosecutors who could threaten them with ever-longer sentences.

In Hard Bargains, Lynch documents the extreme outcomes such prosecutorial power can yield. She relates the case of Franklin Samuels, who was arrested after giving his son the number of a drug dealer, which the son then used to sell one gram of heroin to a confidential informant. Samuels had a criminal history—he had pled guilty to distributing crack cocaine fourteen years earlier, then violated his probation by using drugs—and he was charged with conspiring to distribute one hundred grams or more of heroin, based on the hearsay of confidential informants, otherwise known as “historical weight.” In exchange for a guilty plea, the prosecutor agreed to drop the historical weight in favor of the single gram—yet when it came to sentencing, she successfully argued that Samuels’s relevant conduct was significant enough to push him into the longest possible sentences. He ultimately received a four-year sentence: six times longer than the low end of what he and his defense counsel had calculated when accepting the plea.

The balance of power between prosecutors and judges via the Sentencing Guidelines was somewhat restored in 2005 with the case of United States v. Booker, which rendered the guidelines advisory rather than compulsory. But as Lynch says, “federal prosecutors are by no means defanged.” Jeffery Havis’s ongoing case demonstrates that the issues around the guidelines are far from resolved.

Defendants found themselves forced to negotiate with prosecutors who could threaten them with ever-longer sentences.

“This case is about a lot more than just the technical aspect of the Sentencing Guidelines,” explains Kruckenberg. Following his conviction in 2017, Havis attempted to appeal his sentence in May of 2018. For his appeal, Havis’s defense argued that his prior cocaine offense does not meet the Sentencing Guideline’s criteria for an enhancement, as it was unclear whether the state conviction was for sale or delivery; it only meets the commentary’s guideline for an enhancement, which includes not only completed controlled substance offenses but “aiding and abetting, conspiring, and attempting to commit such offenses.” (Havis’s defense counsel declined to comment for this article, citing her office’s policy prohibiting interviews; the US Attorney’s Office also declined.)

Havis’s appeal was rejected last October, though two of the three judges hearing the case wavered in absolutely affirming his sentence. One, who concurred with the majority opinion, noted that the precedents which created judicial deference to commentary need to be revisited. The other, who dissented with the majority opinion, sided with Havis in agreeing that his sentence should not have been enhanced. Encouraged by this strange defeat, Havis is once again asking that his case be reviewed, and the NCLA has filed a brief in his support.

“Rarely does a court encounter a more compelling case for [full court] review,” reads the NCLA’s brief on United States v. Havis. It goes on to argue that the precedents which produced the decision against Havis should indeed be reviewed, especially as they jeopardize constitutionally enshrined separations of power. The brief particularly takes issue with Stinson v. United States, the precedent that established commentary to the guidelines as “authoritative,” which the NCLA hopes the Sixth Circuit Court will revisit. “It is long past time for conscientious judges to call out the ways in which this ‘deference’ has corrupted the judiciary,” reads the brief, “and to advocate a return to the judicial independence that our Constitution prescribes.”

As one of the brief’s authors, Kruckenberg helped draft these arguments. But when he discusses the case outside of a legal context, he frames the consequences of the Sentencing Guidelines in much simpler, dire fashion: “There are far too many people in federal prison serving sentences that are far too long.”

Arvind Dilawar is an independent journalist. His articles, interviews, and essays on everything from the spacesuits of the future to love in the time of visas have appeared in Newsweek, the Guardian, Vice, and elsewhere. 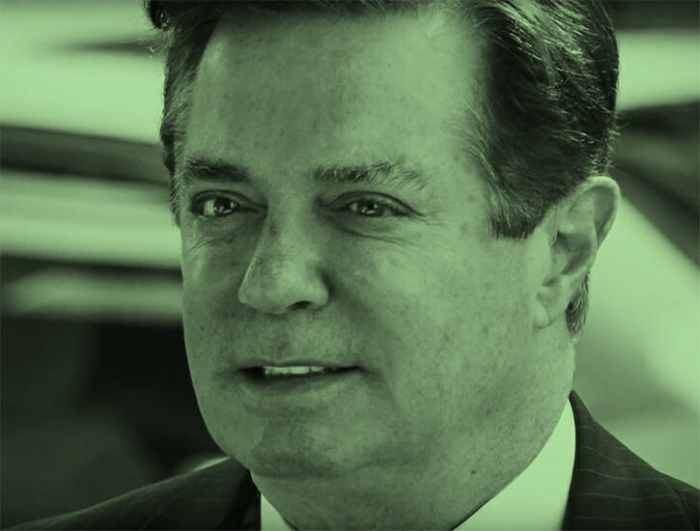 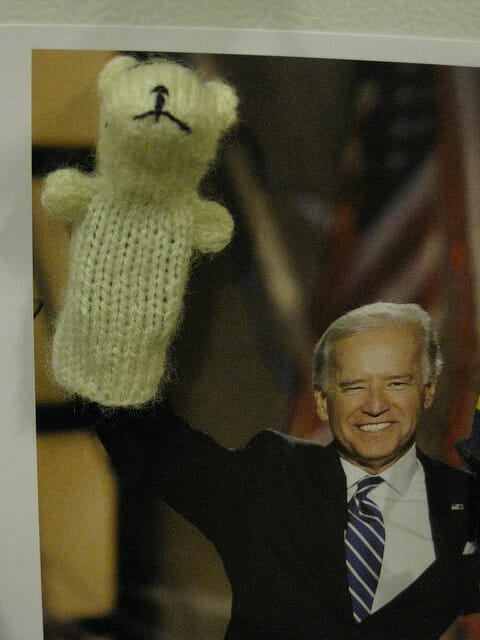 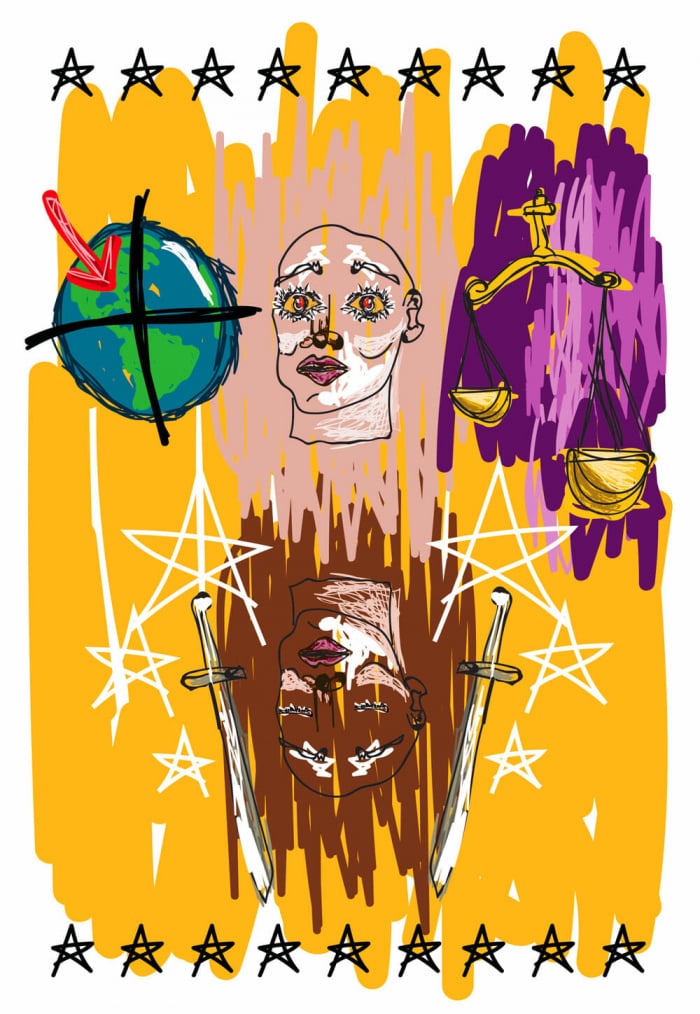