As the thirty-seven-year-old Haitian-American busboy presented himself to U.S. Customs at Miami International Airport after the short flight from Port-au-Prince, he was sweating profusely. A customs inspector was laser-focused on the unusually bulky frames of the art work he carried. Nevertheless, the nervous traveler steadily maintained, through a Creole interpreter, that the artwork was his—purchased in Haiti as a “gift” for his family. Further inspection revealed the reason for his discomfort: 2.2 pounds of pure Colombian cocaine, secreted inside the hollowed-out frames. As a federal prosecutor in Miami, I had witnessed scenes like this all too many times. For someone dirt poor and desperate, the allure of an easy $1,500 payday was a perfect quick fix.

The busboy’s sentencing hearing was routine and unspectacular. No friends, no family, no letters of support; just a pre-sentence investigation report reflecting the law-abiding life of an uneducated Haitian immigrant in Miami, working hard at menial jobs, never able to grasp onto a higher economic rung. Some would consider this a fairly blameless, albeit impoverished, life. When the judge ordered him imprisoned for the next seven-and-a-half years, the sentence seemed to me broadly just. The single importation of a kilo of coke could wreak a lot of havoc.

Of course, that was 1989. I was a young prosecutor fresh out of law school, and I thought I was helping to stanch the seemingly endless flow of drugs into South Florida. At the time, I believed that there was a single system of justice in America, dispensed to everyone with an even hand. Then I began prosecuting people of means charged with committing white-collar crime.

Fast forward twenty years. I was sitting in another federal courtroom, this time in the northeast. I had moved to D.C. to prosecute corporate fraud, and I had just finished what would be my final federal trial against five corporate executives who had orchestrated a securities fraud scheme, leaving shareholders short $544 million. Most of their illicit scheme was caught on audio tape, and they were all convicted at trial. It was now time to sentence the lead defendant—the former CEO who had authorized the scheme and ensured that it was carried out successfully. He was, however, not alone, and he certainly was not poor. Unlike that scene in Miami two decades earlier, this courtroom was packed. There was no mistaking this well-heeled country-club crowd; there were plenty of tailored suits, pocket squares, and Saks Fifth Avenue fashions. There were also more than 375 letters of support from fellow CEOs, business executives, board members, college presidents, heads of charitable organizations, and clergy, all containing attestations of the convicted fraudster’s good character and lifetime of service to others.

Money talks in American courtrooms—no less so than in all the other forums of our public life.

The sentencing guidelines governing the final stages of the trial were brutal—too harsh, some would say. The Sentencing Commission had determined that stealing more than half a billion dollars from unwitting investors warranted a sentence of life imprisonment. I never thought such a sentence was realistic in this case, but I still held out the hope that the serious nature of the offense would at least warrant a substantial sentence. Such an outcome, I firmly believed, would both justly punish this executive and send a powerful message to all similarly situated and highly paid executives weighing the profits and risks of such criminal conduct. But the convicted CEO possessed something more than economic wherewithal: he looked, dressed, and spoke a lot like many of the judges in the courthouse. Surely, some of the observers in the courtroom gallery belonged to the same country clubs.

When it came time for the executive’s personal allocution, he uttered not a peep of contrition, nor did he acknowledge any direct responsibility for his crimes. Instead, he intoned a lot of pabulum about his family and his life of good work serving others. He wound up his plea for leniency with this personal lament: his privileged upper-crust life was now “in shambles.”

Having worked so long as a prosecutor, I thought I recognized all the hallmarks of a clumsy courtroom tactic, sure to backfire. The convict’s palpable lack of expressed remorse would almost certainly irk the sentencing judge.

But I was sorely mistaken. After the judge regaled the former CEO and the attentive audience with some of the horrors of the crime, he then seemed to turn into the judiciary equivalent of a lapdog. He acknowledged the “outpouring of support” from the perp’s friends and family—and for good measure, dilated on the “character” of a man who’d bilked $500 million from the pockets of investors: “We will never know why such a good man did such a bad thing.”

Finally, the moment to pronounce the sentence arrived. Staring down at him sternly, the judge lowered the boom: two years incarceration. Not for the first time, my faith in the equal dispensation of American justice was deeply shaken.

So, it didn’t exactly come as a shock when I heard that Senior U.S. District Judge T.S. Ellis III doled out a similarly nominal term of forty-seven months behind bars to the wealthy veteran lobbyist Paul Manafort. Here, too, the light sentence was based largely on the jurist’s equable finding that Manafort had lived an “otherwise blameless life.”

This blandly delivered exercise in judicial indulgence for the wealthy was again outlandish, as scores of commentators noted at the time. But what felt truly deranged in Manfort’s case was just how completely the expressed basis for lenience was detached from reality. This, after all, was Paul Manafort—the all-but official poster boy for corrupt D.C. power-mongering. He had spent a decade laundering tens of millions in criminal proceeds, defrauded the IRS of millions of dollars in tax revenue, lied to the FBI, tampered with witnesses, and acted as an unauthorized foreign agent for a corrupt, pro-Russia Ukrainian strongman. And this all somehow added up to an “otherwise blameless life” in the eyes of our justice system.

I also knew from bitter experience that when terms such as “an otherwise blameless life” issue from the mouth of a sentencing judge, they function both as a marker of class privilege and moral license. Our two-tiered justice system relies on such euphemistic appeals to economic power as a kind of open-sesame incantation before a beckoning prison cell. The Haitian busboy’s life had been infinitely more blameless, in the larger scheme of things, than Paul Manafort’s could ever be. But money talks in American courtrooms—no less so than in all the other forums of our public life.

What felt truly deranged in Manafort’s case was just how completely the expressed basis for lenience was detached from reality.

One possible silver lining in the Manafort moment is that we can no longer persuasively create new euphemisms of power to explain away a system of justice that is more of a Victor Hugo plot device than a bulwark of civic self-rule. Wealth always manages to extract more than its share of privileges and free passes into social power (see, in the week following Manafort’s first sentencing, the FBI’s exposure of a multimillion-dollar scheme to rig access to elite colleges for the children of moneyed parents). Nevertheless, people have the right to expect at least a rough semblance of blind justice in a functioning democracy. Matt Taibbi’s stinging 2014 expose of our two-tiered model of justice, The Divide, reveals “a perverse new standard of justice based on a radical, disturbing new vision of civil rights.”

He does not exaggerate. The justice crisis is a first-order threat to the maintenance of a plausibly equitable civic life—and thereby to the rule of law, no less so than in many banana republics and authoritarian regimes we routinely denounce from the bully pulpits of official state power. Perhaps the Manafort sentencing might serve as a teachable moment in the bid to rescue justice from the orbit of moneyed privilege and to extirpate the many rank hypocrisies of American plutocracy.

Paul Pelletier served as a federal prosector in Miami and Washington, D.C. for more than twenty-five years. As Chief and Principal Deputy Chief of DOJ’s Fraud Section, from 2002 through 2011 he led DOJ’s nationwide financial crime enforcement efforts. He is currently in private practice. 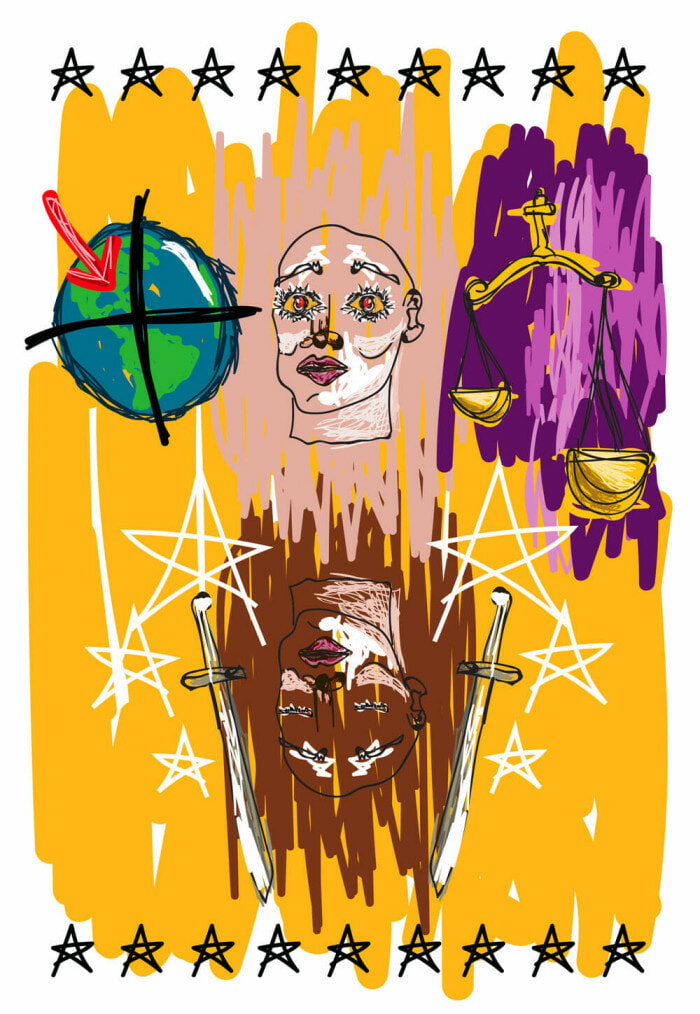 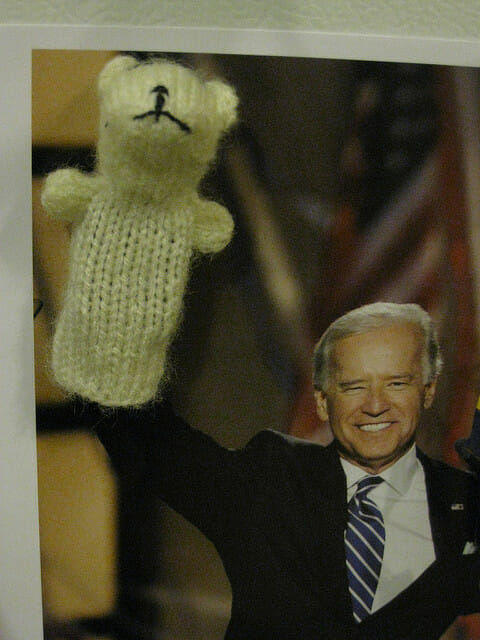