Angela Schanelec’s I Was At Home, But . . . is the sort of film that cleaves viewers into opposing, differently reactive camps. A mannered, mystifying baffler that netted the Silver Bear for Best Director at 2019 Berlin International Film Festival, Schanelec’s latest invites thoughtless dismissals (boring, tedious, a first-rate snoozer, etc.) and just-as ill-considered praise (remember Homer Simpson’s nodding approval of TV’s Twin Peaks: “Brilliant! . . . I have no idea what’s going on”). At the upmarket, accursedly tidy cinema where I saw it, back when such outings were still on offer, post-screening muttering ran along that gamut, from “Huh, what?” to claims of Schanelec’s genius to an older woman commenting that the film’s final shot of a donkey turning to stare at the camera was “a reference to Au Hasard Balthazar.”

It struck me as emblematic of responses to plenty of critically hurrahed arthouse films (or “festival cinema,” or whatever cultured designation one prefers to use to distinguish I Was at Home, But . . . and films like it from the broader canon of “movies”), which are typically regarded as primarily intellectual exercises. Their concerns are theoretical. Or formal. Narrative is secondary, or otherwise nonexistent. They can feel, at times, like litmus tests of one’s own intelligence. Or philistinism. Or endurance. A given viewer’s ability to “get it” becomes the metric by which the film itself is measured.

But, as Vadim Rizov noted when reviewing Schanelec’s latest from the 2019 Toronto International Film Festival, “treating her work as a kind of beyond-Gaddis nightmare that has to be scrutinized closely to make all the puzzle pieces fit properly is not productive.” Indeed, what struck me about I Was at Home, But . . . was not its formal rigor, its austerity, or its nods to Robert Bresson—from the, OK, admittedly Balthazarean donkey, to the deliberately stilted performances of school children in a production of Hamlet, to ample insert shorts of human hands—but its sensuousness.

A given viewer’s ability to “get it” becomes the metric by which the film itself is measured.

Early in the film, runaway teenager Phillip (Jakob Lassalle) returns from the wilds outside Berlin, filthy. As he removes his muddied sneakers, Schanelec’s camera holds tight on the shoes, the unlacing of which is elevated by thoughtful sound design, involving what are presumably foley effects recorded in studio. This subtle sound, bound to go unnoticed in the course of daily life—do we really hear our laces as we untie them? Or rather, do we think about hearing them?—is rendered with lush, earthy intensity. “The ear goes more toward the within,” wrote Bresson in his “Notes on Sound.” The effect of this simple, seemingly banal sequence—one of many in Schanelec’s film—is penetrating. Yet to chalk up Schanelec’s gifts to a series of hand-me-down Bressonisms is to discredit both film and filmmaker. I Was at Home, But . . . is as much about its manner and restraint (the title evokes I Was Born, But . . . , the 1932 comedy by Yasujirō Ozu, another director known for his controlled formalism) as its wild explosiveness.

The film follows the runaway, his younger sister, their widowed mother Astrid (Maren Eggert), and a number of loosely assembled characters in the family’s general orbit, including a school teacher (Transit’s Franz Rogowski), and an old man with an electrolarynx who sells Astrid a busted bicycle. In its centerpiece scene, Schanelec follows Astrid as she discusses the nature of artistic originality with a filmmaker friend (Dane Komljen). The extended walk-and-talk is less chatty stroll in a European capital à la Linklater’s Before films and more a thorough dressing-down, in which the frazzled mother of two vents her repressed anger by way of a lengthy exegesis on a film she has not even finished watching. There is a sense of relief, catharsis even. It’s as if not only the character but the film itself were fissuring, unburdened itself of its own rigidity in this outpouring of emotion and raw-nerve intellect. The monologue also busts open Astrid’s interiority. Where she hitherto appears as little more than a worn-down single mother, managing the stresses of her son’s reintegration into their family and the pernickety mechanics of a second-hand bicycle, Astrid’s domineering disquisition reveals her depths, unfurling a whole person with worries, ideas, and working theories of art.

In her abounding anxiety—revealing itself in bouts of rage, depressiveness (one memorable shot sees Astrid cradled in the crags of a rock in a stream, evoking, particularly by way of the film’s Hamlet subplot, Shakespeare’s suicidal Ophelia)—and her stone-faced, distinctly Teutonic affectlessness, Astrid recalls another recent indie-arthouse heroine. The titular Anne of Canadian filmmaker Kazik Radwanski’s third feature, Anne at 13,000 ft—a festival hit, with a theatrical release delayed by the pandemic—feels, like Schanelec’s Astrid, noticeably out-of-step with the demands of daily life. But where Astrid slogs through her day-to-day as if ensnared by reeds of obligation and expectation, Anne (Deragh Campbell) practically vibrates with unshackled enthusiasm. (In the interest of transparency, I should mention that I have, for years, played outdoor ball hockey with Radwanski and the film’s producer, Dan Montgomery; my hope is that this disclosure does not read as some form of bias, but as some dorky-quaint snatch of Canadiana.)

A childcare worker in her late twenties or early thirties, Anne feels like an itinerant in romance, in life, and in her own body. She interacts seamlessly with the children she cares for, but feels ill-at-ease among adults, many of whom appear with heads chopped off by Radwanski’s frame, figures of authority only halfway-figured onscreen, as they are in Anne’s life, like the skronking teachers in Charlie Brown cartoons. She doesn’t fare much better among her peers, alienating friends, co-workers, and her new sort-of-boyfriend. If Schanelec’s film is bone-rattling on the basis of its tableaux, so stark and new as to feel penetrating, Radwanski’s latest thwacks a different nerve.

After watching the film at the Toronto International Film Festival, where it made its world premiere en route to subsequent festival engagements in Berlin (and a pandemic-delayed spot at New York’s annual New Directors/New Films showcase), I noted on Twitter that it was “as finely drawn a portrait of cyclothymia as is conceivable.” Anne surfs on vacillating eddies of depression, hypomania, anxiety and black-out-drunkenness. Like Joaquin Phoenix in The Joker, she is prone to fits of spontaneous laughter and engages in purposeless trickery. She seems, in a word, flighty. But Campbell’s purposeful performance and Radwanski’s tightly framed, kitchen-sink realism combine to create a felt portrait of a young person as adrift in society as in their own mind. The portrayal feels like a corrective to the shopworn “Manic Pixie Dream Girl” trope, in that Anne actually appears to be actually, diagnosably manic.

Behavior that may scan at a surface level as whimsical or defiantly “random” is in fact self-destructive, depicting Anne as incapable of maintaining meaningful relationships. It calls to mind The Forest For The Trees, a 2003 film by Maren Ade, a contemporary of Schanelec’s in the loose assemblage of contemporary filmmakers sometimes classified as “The Berlin School.” Another film about at an ill-eat-ease twenty-aught whose professional life surrounds her with children, The Forest for The Trees, like Anne, plays at times like a cringe-comedy resolving into a laugh. The catharsis seems delayed, just over some infinitely receding horizon.

The portrayal feels like a corrective to the shopworn “Manic Pixie Dream Girl” trope, in that Anne actually appears to be actually, diagnosably manic.

After skydiving as part of a friend’s bachelorette party, Anne becomes hooked on the experience. As she tells her friend, “I didn’t feel scared at all.” There is a sense she’s taking hold of her own annihilation. This association between breakneck exhilaration and identity is so often configured onscreen as a distinctly macho pursuit: think of the adrenaline-jacked surf-jocks of Kathryn Bigelow’s Point Break (an archetype Bigelow revisited in The Hurt Locker) or, more recently, Christian Bale’s blokey English racer in Ford v Ferrari, a man for whom auto racing is not merely a kick, but a form of consciousness-expansion. Anne’s taste for adventurism feels different—less about explosively asserting herself in the world and more about subtracting herself from it. She doesn’t want to wrest the forces of nature or machine to her will. She wants to dissolve herself into those forces. When her body reaches velocity, her busy mind goes blank, and the distinction between herself and the sky seems to blur and disappear. The only time she’s at peace is when she’s in free-fall.

This dovetailing of Anne’s plummeting life and her newfound passion for sky-diving may feel a bit pat. Ditto the all-child performance of Hamlet or the donkey in Schanelec’s film. But their characters feel so developed—through both intimation and intimate observation—and their images so thoughtful, that even their cliches become lively, fresh, and not like cliches at all. It’s not that either film is cryptic, but that the world and its people are. Both Schanelec and Radwanski offer something of that inscrutability-as-such: the sense that people are always disconnected by virtue of their fundamental unknowability. But they also point toward the recognizable depths of human feeling that teem beneath their stately images and unreadable characters.

The working director, wrote Bresson, “is making a voyage of discovery on an unknown planet.” And often, the most memorable of those voyages are not far-flung flights-of-fancy, but explorations of the richness of quotidian existence, whether by delving into a young woman’s tangled interior life, or revealing the tying of a shoe or the glance of donkey as some highly novel, alien encounter. It stirs, within the receptive viewer, that feeling of sensing anew that is, or ought to be, the cinema’s bottom line. After mounting weeks of social isolation, physical distancing, and shuttered cineplexes, with voyages of any kind so few and far between, such encounters feel increasingly rarefied. To miss the movies, these days, is to miss people. 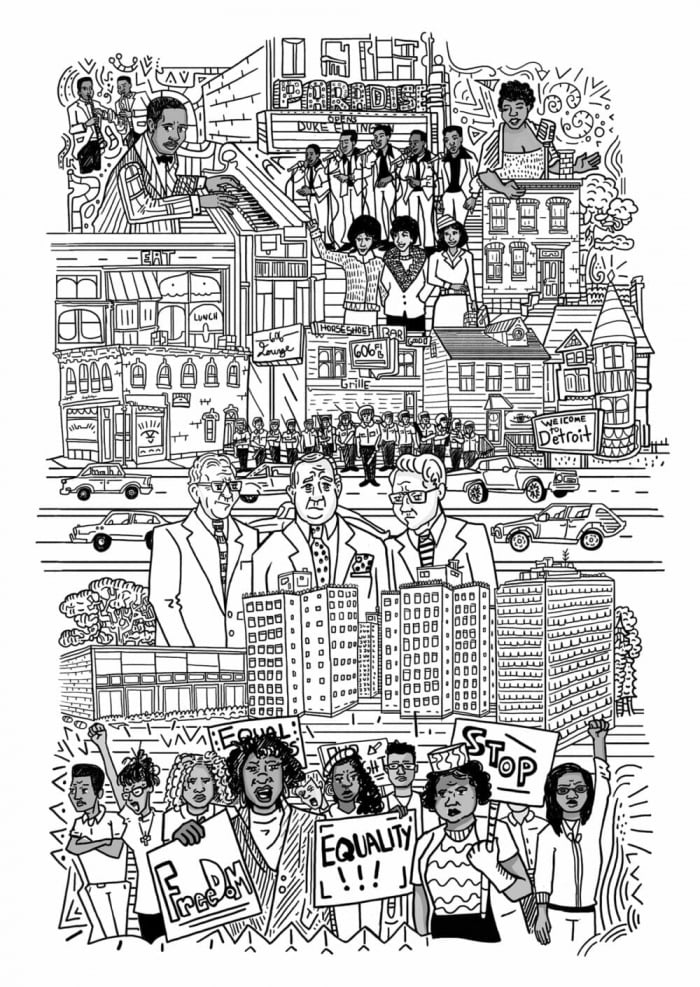 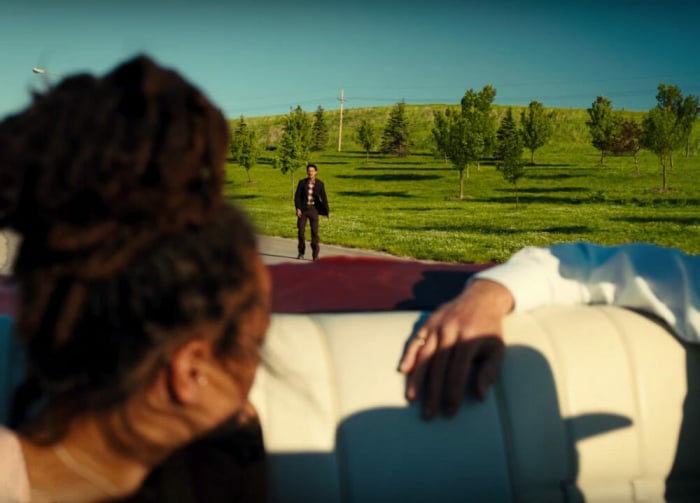