When Charles Mingus was born in Nogales in 1922, it was not yet a divided city. A narrow fence in downtown and some cattle fencing along other parts marked what is today a militarized international boundary, separating Nogales, Arizona, from Nogales, Sonora. People (mostly locals and whites) could cross back and forth between countries without hassle, unlike today, when a triple-layer of razor wire and a thirty-foot-high fence, along with roving Border Patrol agents, sever Ambos Nogales in two. It’s fitting that one of the twentieth century’s great shapeshifting artists was born here. Though his birthplace has been overlooked by critics (his family moved to Los Angeles when he was a toddler) the spirit of troublemaking and mezcla embodied in the borderlands tints Mingus’s music.

In this year of Mingus’s centennial, however, local musicians and scholars are attempting to right the record. A series of shows this April in Phoenix, Tucson, and Nogales, the latter of which was sponsored by the Santa Cruz Advocates for the Arts, brought his music back to the border. On April 23, a humble new street-corner park in Nogales—featuring a small wall with a few plaques and a mosaic—was inaugurated in his honor.

I attended shows in Tucson and Nogales, as well as the ribbon-cutting at the Charles Mingus Jr. memorial park, after which a series of acts, including two high school bands and culminating in The Mingus Dynasty (comprised of a few former Mingus collaborators, including Charles McPherson and Jack Walrath) played for the early Saturday afternoon crowd. To finish their set, the Rio Rico High School jazz band launched into a jaunty version of Mingus’s composition “Fables of Faubus”—the title of which references Orval Faubus, the malicious dolt and former governor of Arkansas, who refused to comply with the ruling on Brown v. Board of Education and desegregate schools.

After the set, I talked to the seventeen-year-old bassist Domenique Coppola, who played an inspired solo standing on top of the bandstand, the border wall framing him in the near distance. He’d heard a Mingus song (“Moanin’” from Blues and Roots) for the first time back in eighth grade: “And I was like, I want to do that.” Tony Belletti, the director of the Apache Jazz Ensemble, the rival high school jazz band, said that his pupils tend to “understand Mingus’s music, and they dig it.” Which is just as well. Without a jazz club anywhere close, it’s largely high schoolers who have been keeping the Mingus legacy alive.

Mingus doesn’t mention Nogales in his autobiography Beneath the Underdog (1971). But his son Eric stressed that Mexico was important to him. “He definitely loved the country,” Eric told me when I met him at the park dedication. “That was what he was all about, the bleeding of cultures.” McPherson, who I talked to after the Mingus Dynasty show the night before in Tucson, described Mingus as an artistic border-crosser. “The best way I can describe him is as a combination of different genres of music. Charlie Parker, Duke Ellington, Strauss, Prokofiev, Shostakovich. He was just so well-rounded.” Thinking for another beat, he added, “Mingus loved the rhythm of mariachis.”

Mingus spent his early years in Camp Little, a segregated Army base in Nogales, just across the street from the new memorial park. His father was stationed there as a Buffalo Soldier, part of a regiment made up of all Black soldiers, initially former slaves and then their children. (First used to describe the all-Black 10th Cavalry Regiment established in Kansas right after the Civil War, the term “Buffalo soldiers” later become synonymous with all of the African American regiments formed in 1866.) At the park dedication, local scholar Dolores Rivas Bahti explained that Buffalo Soldiers were first posted to Nogales in 1917 to “keep the peace during the turbulent times of the Mexican Revolution.” The year before, Pancho Villa had crossed into New Mexico and killed more than a dozen Americans, prompting the “punitive expedition” of American soldiers into Mexico. In 1918, a day-long skirmish broke out in Nogales, leaving twelve people dead.

While stationed at Camp Little, Mingus’s father, Charles Sr., who previously had passed for white, faced pervasive military racism, as Mingus’s niece Alicia Schooler-Hugg detailed in her book Art and Soul of Jazz: A Tribute to Charles Mingus Jr. In 1917 he was run over trying to board an army truck that wouldn’t stop for Black soldiers; he had to be hospitalized. Racism would follow Mingus to Los Angeles, where his family settled in the Watts neighborhood in 1923. In Beneath the Underdog, Mingus says that Charles Sr., hoping his son would be able to pass, warned him about playing with “them little black nigger yaps.” The narrator of the book, which is written in the third person, says of himself:

Whenever he looked in the mirror and asked “What am I?” he thought he could see a number of strains—Indian, African, Mexican, Asian and a certain amount of white from a source his father had boasted of. He wanted to be one or the other, but he was a little of everything, wholly nothing, of no race, country, flag or friend.

Mingus’s first love wasn’t jazz; it was classical music. Schooled in the basics of music theory, he eventually forged his own makeshift system, half sight reading and half playing Beethoven by ear. Still in grade school, a conductor chewed him out for not following the rest of the kids on his cello; Mingus channeled his resentment into hours of practice. But coming to feel that the scene in Watts wasn’t conducive for a career in the orchestra, he soon turned toward jazz and blues. Flutist and saxophonist Buddy Collette, a year older than Mingus and one of his early mentors, advised him to switch from the cello (his first instrument was the trombone) to the bass: “You’re black,” Collette told the teenage Mingus. “You’ll never make it in classical music no matter how good you are. You want to play, you gotta play a Negro instrument. You can’t slap a cello, so you gotta learn to slap that bass, Charlie!”

By the age of twenty-one, Mingus was touring with Duke Ellington. Over the next decade or so he played and recorded with Lionel Hampton, Charlie Parker, Art Tatum, and Miles Davis. At the same time he was composing his own tunes, many of which radically broke with jazz’s melodic and structural conventions, anticipating some of the seismic shifts from bebop into free jazz, as would be heard from the horns of John Coltrane, Ornette Coleman, and Miles Davis in the late 1960s and early 1970s. Mingus didn’t get much credit for his innovations, however, and the lack of recognition drove him into a series of depressions. After years of struggle, he appeared to overcome his mental health issues following the 1971 publication of his autobiography and successful tours in Europe.

The recently released The Lost Album From Ronnie Scott’s was originally recorded during a live set in 1972 in the London jazz club during a period of renaissance in Mingus’s life. The liner notes describe the album as “volcanic,” which is true in that it does a lot of emphatic, and sometimes explosive, issuing. But metaphors about Mingus never quite hold up. He is—to hazard another metaphor—too mercurial, and so are most of his songs, jumping between motifs, meters, even genres, often within a single composition. The constant changes (Mingus released two albums called Changes) define his music and life.

The opening track, at over thirty minutes long and featuring a young Charles McPherson on saxophone, is probably the best recording of Mingus’s twelve-bar blues song “Orange Was the Color of Her Dress, Then Silk Blue,” which first appeared in a four-minute version on the 1964 solo album Mingus Plays Piano. Like many of Mingus’s tunes, it has a complex, almost freewheeling structure. The carnal opening of the all-band, horn-heavy swing leads, after about forty-five crashing seconds, to a flirtatious reveal of the melody, which slowly builds, in fits and starts, into a sweet-at-first sax riff, after which there is a charging piano run, followed by a pummeling, bluesy interlude of sax, which could be from Coltrane’s Giant Steps. Mingus’s twanging bass enters into stichomythic conversation with Faddis’s defiant trumpet, which is soon tempered by John Foster’s confident intervention on piano. Roy Brooks, meanwhile, on drums, is always chiming in with a fluttering tap or snare. The motifs seem to culminate, as do many a Mingus composition, with an explosive circus-like hailing of notes, which sounds like a coda. But we’re not even halfway through, and, as the piano and drums quietly take over, the song breaks through.

In tunes like these the instruments can seem to work against each other even as they build a coherent whole. But counterpoint—Mingus once called Bach “the baddest cat going”—is only one of his favored techniques. Countermelodies and discord and swing and free jazz and frequent pop quotations vivify nearly every composition. Consider “The Man Who Never Sleeps,” one of the great tracks from The Lost Album. It starts with a yelp from Jon Faddis’s trumpet, a quick screeching sigh from Mingus, and then, as Faddis trills into a melancholic reveille, the bass thumps, then thuds—you can hear the wood of the body, the ligature of the strings—as the drums and piano ease in, transforming the insomniac’s anxiety into a spreading peace. It doesn’t last, of course. A jeering riff on “Ring Around the Rosie” starts up a few beats later, and then—as Mingus once described his own music—organized chaos reigns.

Asked by a reporter what his band’s instruments say to each other while playing, Mingus replied that they say “Fuck you, you dirty motherfucker. You son of a bitch.” And sometimes, he added, they also say, “I love you truly.”

John Washington is the author of The Dispossessed: A Story of Asylum at the U.S.-Mexican Border and Beyond. His work regularly appears in The Nation and The Intercept. 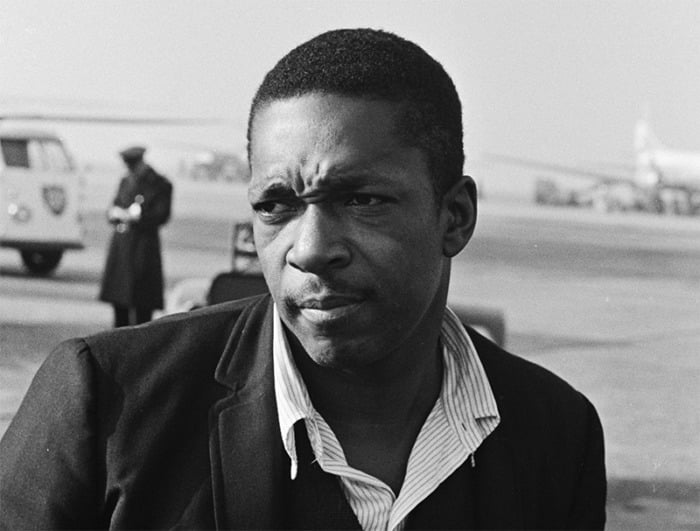 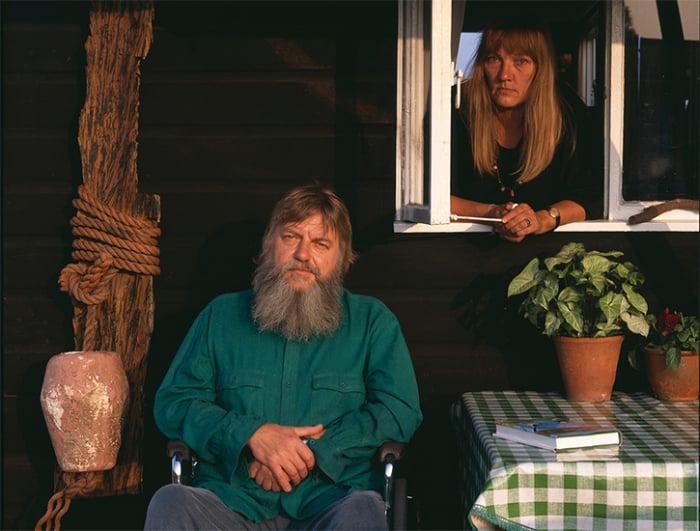 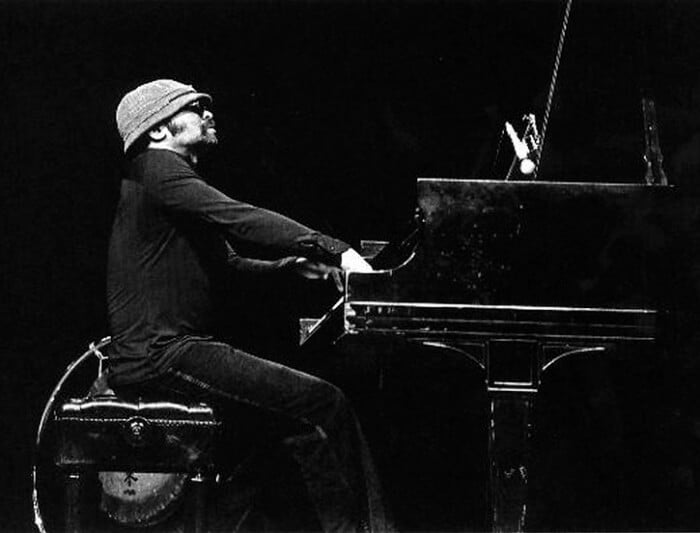