In a darkened room, a woman lies watched by an infra-red camera as she sleeps. It monitors her breathing, her movements, the flicker of her eyelids. Some hours later it stings her with a painful electric shock. She wakes, tumbles out of bed and into the restroom, whereupon a chip installed in her toothbrush tracks her arm movements. She’s photographed, silently, every thirty seconds. As she sets off in the morning her location is logged and data is streamed on the steps she takes. Her pulse and calorie count are recorded and sent to unseen observers. She has a dog at her side. The dog’s data is logged as well.

Such a tableau would be the envy of any futuristic dictatorship. In fact, the devices outlined above are all available on the consumer market now, for voluntary use. The impetus towards tracking our lives with smartphones, apps and stats represents a massive growth area into which companies like Jawbone, MyFitnessPal, RunKeeper, Runtastic, MapMyRun, Foodzy, GymPact, and Fitocracy are flooding. Alongside the Nike+ Fuelband, there’s the popular Fitbit Flex, a wristband that counts the steps you take by day and the number of times you stir in your sleep. There are smart cups to track what you drink and wristbands programmed to give you electric shocks for not achieving your goals. There’s even a “Fitbit for your vagina” in the form of the KGoal Smart Kegel Trainer—a Kickstarter project designed to track kegels, exercises for women’s pelvic floor muscles to improve childbirth and continence, and for helping them to achieve a better “clench strength” via Bluetooth.

With all this biofeedback now available on our phones, the act of walking, living and breathing can—at least to the “datasexuals” who embrace it—be an ongoing project with limitless potential for improvement. But might such potential also lead to a kind of “Taylorism within”? Applying scientific management to twentieth century business created a workforce optimized for maximum efficiency. Likewise, life-tracking is encouraging us to internalize this dream by optimizing ourselves. Rather than a tool for liberation, we’re using the tech, in other words, to tune our lives for maximum “productivity.”

Perhaps none of this should seem surprising for a consumer society that drives on anxiety. If bad breath had to be invented as a disease mouthwash would help to cure a century ago, now the Quantified Self movement suggests we must live in permanent beta, to aim not just at maintaining ourselves but to become “better than well.” And so, Dave Allen’s Getting Things Done and websites like Lifehacker help to turn our lives into a series of sanctioned tasks and goals, where one must carry a “Surprise Journal” to find areas for self-improvement in one’s life, and sleep comes in the form of “power” naps. There’s the Lumo Back, a gizmo that monitors the tricky process of sitting in a chair, while the Narrative wearable camera snaps your life twice a minute. Time management lessons are now available for kids, while the iPotty seems to give toddlers the message that they shouldn’t take their eyes off a screen even when satisfying the most basic of human needs.

Silicon Valley, naturally, is more than happy to export the mantra of ongoing product optimization to our bodies: life-hacking fanatics talk of “upgrades” and “body hacks,” with often obsessive results. In a Financial Times article that marked a mainstream recognition of the movement, Tim Ferriss–author of The 4-Hour Body–claimed that he could teach people how to lose weight without exercising, work on two hours’ sleep, and have a fifteen-minute orgasm, while bio-hacker Dave Asprey was adamant that he’s made himself twenty years younger and forty IQ points smarter through life-tracking and smart pills (“I’ve rewired my brain,” he said). All of this task management can become a considerable task in itself, leading to the piling up of Catch 22 ironies—like the fact that developers are now working on smartphone apps to solve the problem of people spending too much time on their smartphones.

Luckily, some are questioning the use of intimate monitoring devices in our lives. The information asymmetry provided by the emergent “Internet of Things” may create a class of uninsurable people, while ”digital Taylorism”—the tracking and tagging of workers like cattle—has been roundly criticized as it has begun to emerge at companies like Amazon. What’s disquieting about the popularization of life-tracking is the voluntary desire to become “time-motion humans,” to subject ourselves to a self-imposed surveillance state. “Track everything. Track your entire day—wherever you go,” says the website for the LumoBack. “VESSYL AUTOMATICALLY KNOWS AND TRACKS EVERYTHING YOU DRINK,” the Vessyl “smart mug” warns us in stark capitals. And once we’ve volunteered for this intimate biological scrutiny, we’re keen to publicize the results—using tools like the Withings scale, which threatens to broadcast our weight gains to our Twitter followers as “encouragement.” Self-Improvement Macht Frei.

Since the invention of the forceps we’ve been introducing machinery into our bodies to improve our lives (the aforementioned KGoal is actually based on a biofeedback device from the 1940s by Dr. Arnold Kegel), and undoubtedly many of these trackers are helping to make people healthier. But life tracking also comes from a certain ideological background, one that denigrates macro-interventions in our lives (nationalized health care) in favor of individual micro-solutionism (becoming our own gym instructors and fitness trainers).

We’re living in an entrepreneurial model of humanity, a vision of human beings as start-ups, where unfitness or obesity are viewed as “bugs” to be fixed rather than as products of an economy based on long hours and precarious work. Daily exercise has always been an individual responsibility, but sharing our biofeedback via social media encourages people to compete like businesses, vying for better health scores with the personal data that makes us special. (Flex boasts that it reflects “your stats, not any average Joe’s.”) Here we can all be Superman—“Join over 141,000 other people who want to discover their inner superhero,” urges website Superheroyou—while, back in the complex, unquantifiable real world, we often struggle to maintain control over the most basic facts of our finances and job prospects.

The Quantified Self literature is full of such fantasizing. It all treats the body as a fun challenge, a puzzle to be solved. We see this in the current trend towards adding game-like features to the process of life tracking, which leads to some quite startlingly intimate results (“Spreadsheets,” an app that promises to gamify your sex life, has the user get on the bed and talk dirty to a computer). Even antenatal workouts aren’t immune: the KGoal promises gamification in forthcoming product updates for those who fancy comparing their pelvic thrust scores to those of their peers.

The friendly rivalry that has always been a part of amateur fitness starts to look less inspiring, and more controlling, when it’s built into the architecture of smartphones and social media. It’s more like a crowd-sourced version of what philosopher Michel Foucault termed “Biopower,” the control over our bodies wielded by states and their institutions. But in this version, it’s not the institutions; we control ourselves, and each other.

As more and more aspects of our lives are seen as legitimate targets for intrusion by technology, the gaze inevitably falls on the newly born. Start-ups like Sproutling, Owlet, and Mimo are springing up to replace old-fashioned baby monitors with comprehensive, round-the-clock surveillance (temperature, pulse, breathing, position, room ambience) as well as all the attendant data crunching. These infants may be the first humans to grow up entirely in the lens of machines, with the process of rearing having been refashioned as a high-tech, high-maintenance project, requiring endless inputs from both parent and child alike. They will be the first “time-motion babies”: faster, happier, more productive, in the words of Radiohead’s Ok Computer.

Will they really be happier, versed as they will be, since birth, in the techniques of maximizing their sleep, optimizing their nutrients, and tracking the number of steps they walk? It seems doubtful, but then, it’s impossible to really tell when we talk about happiness—even Silicon Valley hasn’t worked out how to put a number on that. 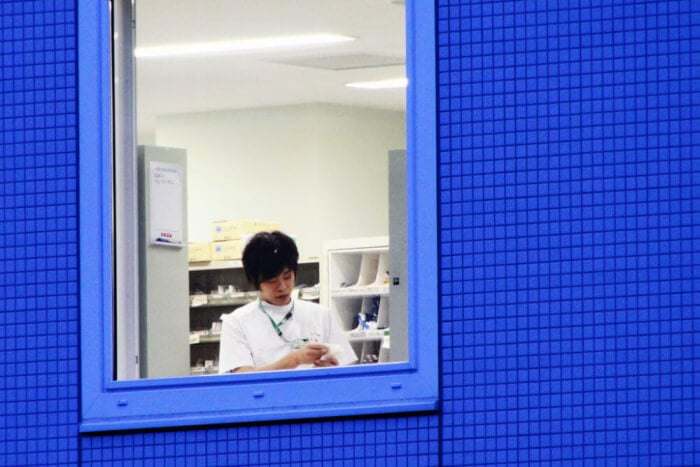 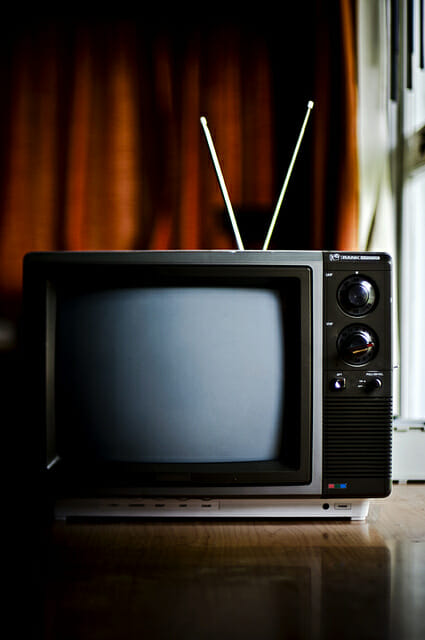 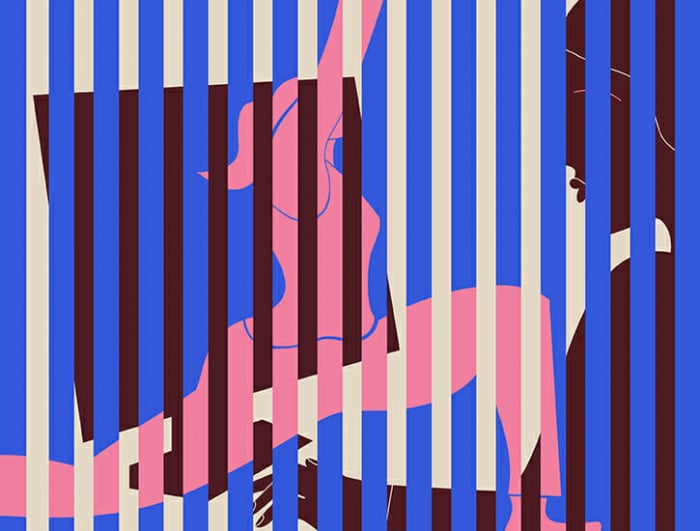