Far, far away from the oak-walled conference room of the Senate Judiciary Committee, with its panel of willful white men, is the country of Pakistan. One of its laws was the work of a murderous general. The Offence of Zina (Enforcement of Hudood) Ordinance of 1979 stipulated, among other things, that a rapist could only be convicted if four male witnesses could testify that the act of penetration was non consensual. If a rape survivor who came forth was unable to summon this quartet of male witnesses, she could be deemed to have lied about the rape—and then be found guilty of fornication or adultery. A woman judged to have lied about being raped could be imprisoned, fined, and flogged thirty times.

While the Zina Ordinance (which has been criticized by Islamic scholars for its vague provisions) may apply only in the Shariat courts of faraway Pakistan, the Republican members of the Senate Judiciary Committee revealed themselves to be adherents of its core beliefs regarding proof and protection of accused men. On September 27, a lone woman, Dr. Christine Blasey Ford, was strapped into the procedural chokeholds of Senate rules and prosecutorial questions. Her credibility was drawn and quartered and her story dissected and doubted because of the lack of witnesses. While none of her Republican questioners put things quite so directly, it nonetheless seemed as though the testimony of four male witnesses of good character would have been what counted as credible evidence for the male GOP majority on the Senate Judiciary Committee.

Ford could not provide them. Thus, she was deemed a “mixed-up woman” who may have been assaulted by someone, somewhere, sometime—but not by the man whom she pointed to with one hundred percent certainty.

Per the code of male entitlement, which has long lubricated the career trajectories of the stiff, power-suited members of the Judiciary Committee’s GOP caucus, a woman who fails to provide the proof they would deem suitable is only a woman who seeks to sully a man—which is to say, their man. And so Ford was metaphorically flogged, her truths parsed only to be rendered wanting, her public suffering reduced to a televised spectacle.

A woman’s words had not been enough then, but that was then, before #MeToo led women to share how they bore the burden of male predation.

It was not supposed to be this way. Before the hearing, feminists buoyed by the rolling heads of sexual predators exposed by the #MeToo movement bet on its successes to procure a different sort of proceeding for Ford, one less rabid in its demand for incontrovertible proof, less gleeful at the prospect of an account sure to be found ultimately wanting. Christine Blasey Ford would not be treated like Anita Hill, who exposed the future Justice Clarence Thomas as a sexual harasser. A woman’s words had not been enough then, but that was then, before #MeToo led women to share how they bore the burden of male predation, how they kept quiet, how they suffered, before women started winning battles against the men who hurt and harassed them.

But we know now that it is still then. The events of last week—the derisively jagged denouement of the hearing itself, the contrived words of concern offered by senators just moments before they launched into impassioned defenses of the “man who had suffered so much”—showed how little progress we’ve made. There was no changed world here—just the usual one, in which the word of a woman was never better than the word of a man.

The post-Kavanaugh #MeToo movement will have to take full account of this dismal truth, not least because the man who still is taken seriously after his intemperate rants and dissembling under oath may well be supplying the last word on the course of American law for decades to come. And yet, ironically, it is the law itself that can provide succor and a sense of future direction. Until now, the #MeToo movement has meted out justice via the percolated rage of public opinion, cultural change, and social critique. The fear of sheltering harassers and rapists and predators has led to resignations and departures, rendered Hollywood a valley littered with the detritus of ruined careers and extinguished stardom. This first stage of #MeToo has been fitful and fierce.

How much proof? How many witnesses? The current system turns a private trauma into a public spectacle.

It is time for the second stage. The harnessed tide and turn of public opinion in the service of cultural transformation is a useful but still inexact weapon, reliant on force and circumstance to achieve its ends. The law is just the opposite: precise and particular, targeted and specific. The jury-rigged ramparts of #MeToo have not included a well-defined legislative agenda. This must change in the post-Kavanaugh moment. Laws could require that all those nominated for federal judgeships submit themselves to thorough independent investigation. The current process involves a White House staff vetting, including an FBI background check. But the Trump administration has been a case study in what happens with politically motivated or incompetent screening. There should be a legal requirement for nonpartisan vetting: perhaps by a legislative panel staffed by trained investigators who would have the authority to request assistance from federal law enforcement. This would help create a tradition of judicial investigation that goes beyond perfunctory background checks and includes attention to allegations of harassment and sexual predation. Consumer blowback can work to dislodge corporate overlords, but legislative sanctions are required to ensure that America’s enduring bureaucracies of bros do not continue to cover up for predators. At the very minimum, the present system of executive-branch managed background checks could be revised to examine whether a candidate has any history of sexual assault, abuse, or harassment.

The refusal to believe women who have been sexually assaulted, together with the right-wing establishment’s glib and smarmy demands for proof, proof, and more proof, have sentenced millions of women to a life of shame and silence. If they are to be freed, and if Kavanaugh-style spectacles in which their pain and persecution are offered up for dissection and derision are to end, then #MeToo must force a legal redefinition of “proof” as it pertains to sexual assault. Lower standards of proof have until now been discarded because of men’s fears of false allegations. It’s odd that this concern for innocence has never been a priority of Republicans when it comes to wrongly convicted persons of lower status—even when there is the risk of innocent convicts on Death Row.

Yet, blatant hypocrisies of enforcement aside, the answer to unjust results is more careful investigation of evidence. A Senate “show trial” a la Anita Hill and Christine Blasey Ford is the worst possible way to proceed. Somehow, the justice system must shift and be restructured so that it is primarily concerned with protecting all innocent women—indeed all witnesses who bring forth credible and serious evidence they have been wronged. It’s hard to imagine that happening when angry, aggrieved men like Clarence Thomas and Brett Kavanaugh are consistently installed as arbiters of justice.

A law like Pakistan’s Zina Ordinance, which imagines four intently watching male witnesses, present but never intervening in rape, as the requisite proof to act against a perpetrator seems bizarre and farcical on the page. It is the product of imagining the forcible sexual attack as a public act rather than the private one that it nearly always is. And yet this insistence of considering sexual assault witness-able, requiring it to be witness-able, was operative as much in the Kavanaugh hearings as in any courtroom in Karachi, where a rape allegation was found wanting for the same reason.

It is this insistence on conceptualizing rape as a public act that has sewn and sealed the lips of millions of women in the world. It is this same insistence that permitted the calcified clowns of the Senate Judiciary Committee to reduce a woman’s act of courage to an easily ignored aside in the organized effort to appoint an alleged sexual aggressor to the United States Supreme Court. 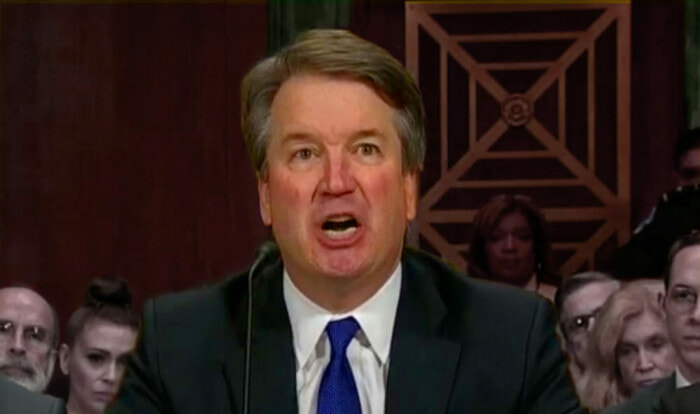 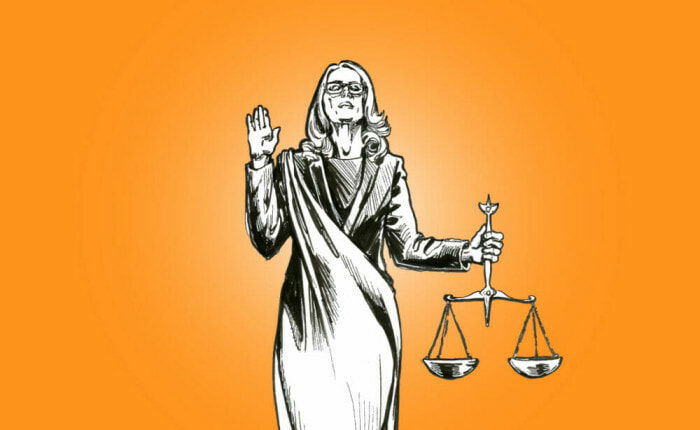 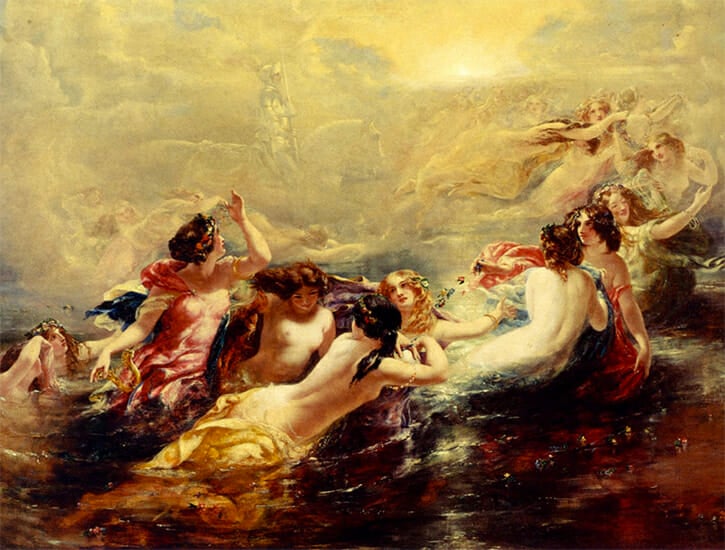