Precisely how full of shit is Mark Zuckerberg? Does he believe in anything beyond some vague coder’s logic of efficiency and scale? For years I’ve parsed his robotic utterances, and I’m still not sure. Based on his recent public appearances—a soft-focus Fox News interview by former Bush spokesperson Dana Perino; a dead-on-arrival bit of humanitarian philosophizing in front of a Georgetown audience that included Tiffany Trump; a typically awkward grilling before a Congressional subcommittee—it doesn’t seem that Zuckerberg knows either.

In public, Zuckerberg lobs useless bromides about free speech and connection while privately he dines with far-right media figures and frothing South Carolina senator Lindsey Graham and girds his team for battle against Elizabeth Warren. (While Zuckerberg has claimed he has dinners with “lots of people across the spectrum,” that spectrum doesn’t appear to include the left.) His company donates substantial amounts to conservative politicians, and conservative media does extraordinarily well on Facebook, with Ben Shapiro, Breitbart, and other right-wing luminaries often ranking among the top shared articles. (As of Friday, Breitbart is also a “trusted partner” of Facebook News, the company’s long-gestating feed of verified news stories.) A handful of top company executives, including Joel Kaplan, Facebook’s vice president of global public policy and a prominent Brett Kavanaugh supporter, are Republican political operatives. (Kaplan was even considered for a Trump cabinet position.) Recently, in order to investigate whether the platform exhibited bias against conservatives, Facebook hired former Republican senator Jon Kyl, whose report gently chided Facebook as insensitive to conservatives’ concerns while ultimately exonerating the company of anything more serious. When defending Libra, Facebook’s embattled cryptocurrency project, before Congress, Zuckerberg made a plea of economic nationalism that would appeal to any conservative, arguing that the United States must fend off a digital Chinese renminbi. 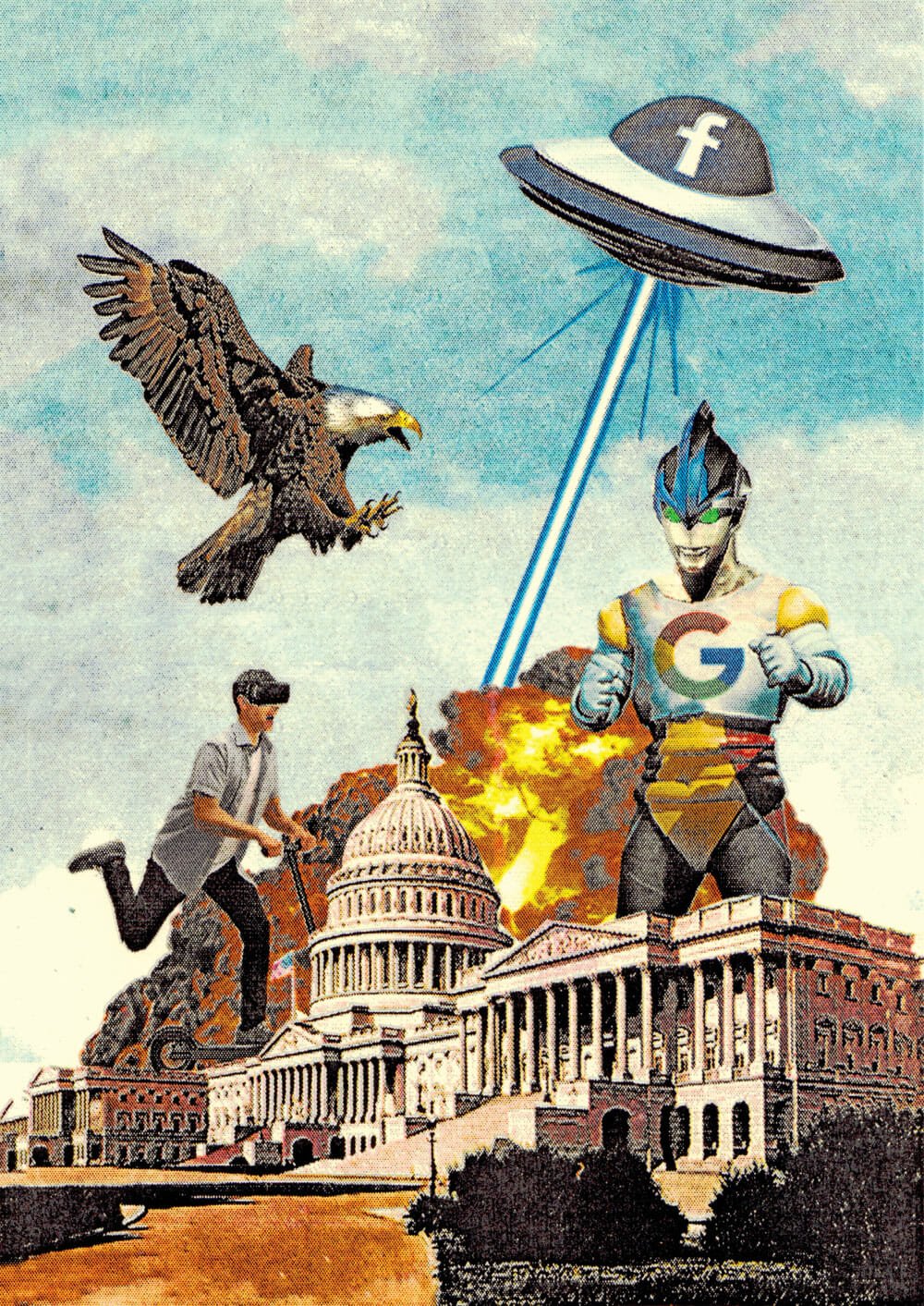 If it’s not clear already, then it must be said: Facebook is a right-wing company, hostage to conservative ideas about speech and economics, its fortunes tied to its allies in Republican politics, including the president, whose campaign spends millions on Facebook ads. Offering support to some of the worst figures in American political life, Facebook is as nihilistic as an oil company and just as willing to dump its pollution on all of us. That it has come to so thoroughly dominate our public sphere is a tragic indictment of American civic life and American techno-capitalism, which has confused the pitiless surveillance of today’s internet with utopian empowerment.

Facebook is a right-wing company, hostage to conservative ideas about speech and economics, its fortunes tied to its allies in Republican politics.

But an unfeeling right-wing ideology is not the image that Facebook wishes to project. Promoting a kind of beneficent nonpartisanship, Facebook’s latest line is that the company stands for free expression and “Voice” (the capitalization intentional, as is the lack of a definite article). That neither of these, in Zuckerberg’s perambulating formulations, is ever clearly defined doesn’t much matter. Zuckerberg—who, because he reportedly wanted to “maximize for sincerity,” wrote his Georgetown speech without the editorial help customarily afforded to tycoons—has never been one for intellectual rigor or originality, and the official Facebook origin story has long been malleable, eliding early accusations of betrayal and intellectual property theft. Now Zuckerberg claims that Facebook was created to hash out the political division and powerlessness felt over the launch of the Iraq War. Never mind that this is fiction as well as functionally impossible, given that Facebook’s predecessor, the sophomoric Hot-Or-Not rip-off known as FaceMash, was created after the war began. (Early versions of Facebook, too, did not feature walls, news feeds, and discussion groups like it has now.)

Bearing the perverse logic known only to authoritarian state propaganda, Zuckerberg wishes us to believe that Facebook is a benevolent sovereign, a gateway to flourishing connectivity and public discourse, instead of an all-seeing surveillance apparatus that attempts to predict our needs, guide our behaviors, and monetize our dearest relationships and communications for obscene profits. It may not be the death knell to democracy that some claim, but it would be dubious to say that targeted advertising—and the coercion that attends it—has done anything to improve our lives. Nevertheless, Zuckerberg argues otherwise. Part and parcel of the new rhetoric is that Facebook’s technologically enabled users represent “a fifth estate,” a new member of the public sphere. “People no longer have to rely on traditional gatekeepers in politics or media to have their voices heard,” Zuckerberg told the Georgetown crowd.

This speech was a shabby defense of his own blinkered version of free expression, one which Facebook, with its billions of customers and quasi-nation-state status, has been deputized to guard. But while Zuckerberg speaks of the masses and of quashing division, he offers absolutely no specifics, no hint of authentic belief. “When people don’t feel like they can express themselves,” he warned vaguely, “they lose faith in democracy and are more likely to support populist parties that support specific policy outcomes over the health of our democratic and civil norms.”

What Zuckerberg ignores is that his form of rigorous nonpartisanship, his refusal to take any stand at all, is itself a political act, especially when Donald Trump is president. A specific type of right-wing populist movement is currently in power, with a specific, iniquitous ideology, and it got there in part by leveraging the Facebook platform, yet Zuckerberg refuses to give it a name. Nor will he even consent to fact-checking or blocking the deliberately misleading ads that Trump’s campaign and its allies regularly run on Facebook. This passivity is not a form of even-handedness or a devotion to free expression. He has taken a side, and it happens to be occupied by some of the most malign forces in American political life.

But the tech billionaire continues to live in cosseted denial, even as his airless remarks would have you believe that he has been reading from the right-wing playbook that says we are all just too sensitive. During this era of dissensus, he warned the Georgetown crowd, “a popular impulse is to pull back from free expression.” But the social networking boy-king wishes otherwise. “I believe we must continue to stand for free expression,” he said, even if “free expression has never been absolute.” That last part, of course, is the rub, and Facebook, which has no constitutional obligation to free speech, polices speech all the time, using cadres of traumatized and poorly paid contractors to remove pornography, violence, and other unacceptable content from the platform. (When questioned by Rep. Katie Porter last week whether he’d sit in as a content moderator, Zuckerberg averred and said he wasn’t sure it’d be a good use of his time.)

He has taken a side, and it happens to be occupied by some of the most malign forces in American political life.

Facebook, in other words, has quite specific rules about speech. It just doesn’t happen to prohibit politicians paying to spread lies. Facebook says that political advertising is a fraction of its overall ad haul, but it has an interest in continuing to accept political ads—it helps the bottom line and keeps politicians dependent on the platform for advertising, communication, and constituent outreach. For many American politicians, there is no alternative to Facebook.

And thus it is for us, or so we’re told. With the all-organizing repository it has become for many people’s social and family lives, it can be hard to quit Facebook or its coterie of messaging apps. We are all entangled. But if we want to stem the company’s power, we must confront it as a right-wing political force. By now we know where Facebook’s allegiances lie, and it’s not with the vast public whose rights it claims to protect. 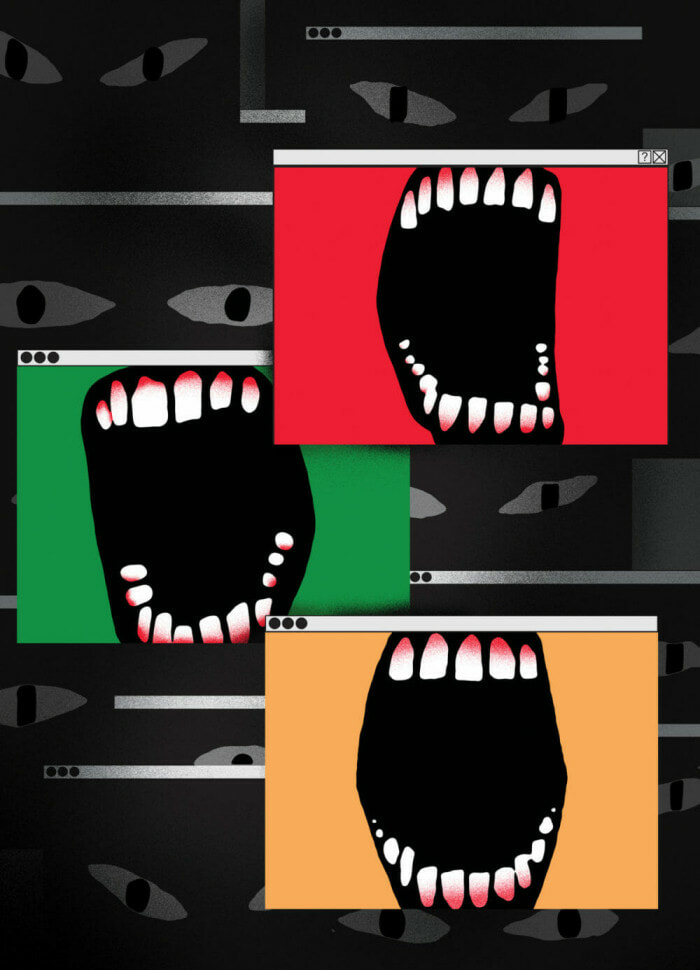 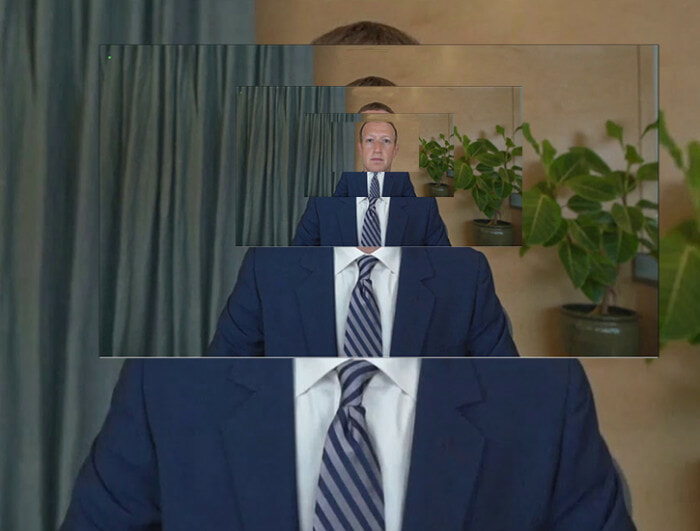