Recently, idling away an especially rainy Saturday in January, I found myself sinking a solid six hours into Sony Interactive Entertainment’s 2018 blockbuster game God of War: a stupid-violent farrago of Greek and Norse mythology notable for employing a fixed, over-the-shoulder camera perspective, which makes the game seem as if it’s unfolding continuously, with no obvious breaks in the action. The exploration, the combat, and the cutscenes weave together, in one steady, unbroken, immersive flow. The player is even given control of the game’s “camera,” such as it is. During a bout of in-game downtime, I found myself hammering hard on the camera-controlling directional stick, causing the camera to whirl around my character as he scowlingly rode up an elevator platform.

I was reminded of this ludicrous, self-directed sequence—a lazy mockery of the cinema-scale engrossment to which this video game, and video games more generally, aspire—while watching Sam Mendes’s laboriously accomplished Great War thriller 1917. About midway through the film, British Lance Corporal Will Schofield (George MacKay), escapes German gunfire and finds solace in a quiet hovel in the evacuated northern French village of Écoust-Saint-Mein. Just as he’s gathering himself, he notices a young woman hunkering down in the bombed-out sub-basement. The camera begins spinning around the space, dizzily. Dramatically and spatially, the camera’s ’round-the-world whirling achieves basically nothing—apart from reminding the viewer of the mechanism’s presence, which is pitched as 1917’s big draw.

The film opens in a verdant pasture, amid what Edith Wharton, in her frontline travelogue Fighting France, called “the sober disciplined landscape” of the French countryside. There, Schofield and his war buddy Blake (Dean-Charles Chapman) are roused from a snooze by a commanding officer. The orders are as clear to the soldiers as they are to the viewer: “Rise and shine, grunts. War’s on.” The two are immediately enlisted by a commanding officer (Colin Firth; first of film’s distracting cameos by big-name stars) to deliver a message to a nearby battalion, ordering them to halt an attack on the German line. Excepting hidden cuts, digital trickery, and one notable blackout sequence—designed to elide time as Schofield loses consciousness, and amp up the film’s ticking-clock pacing—1917 unfolds in what appears to be one long, continuous take. 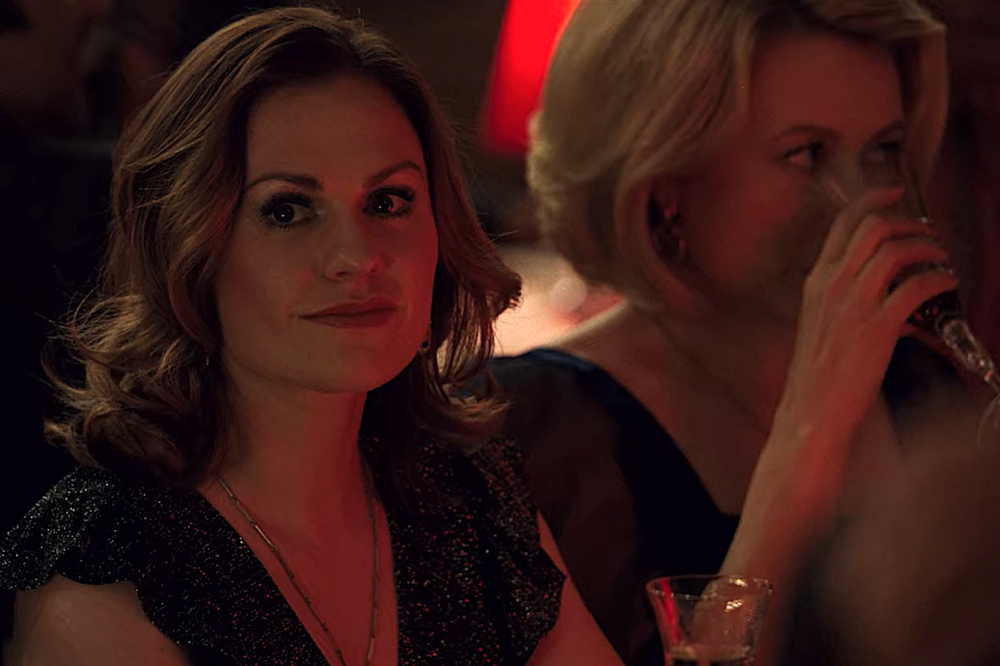 There’s something grating in this approach: an overly eager, “Ya gotta see this!” quality, which makes 1917 seem more like a techno-bauble cinematic whatzit, and less like what might broadly be called “a real movie.” For one thing, Mendes (and his director of photography, the prolific English cinematographer Roger Deakins) already arrive a little late to the party, even as far as techno-bauble cinematic whatzits are concerned. Of course, one can trace the history of the long-take across diverse move-making traditions, and way back—from Paul Thomas Anderson, Gus Van Sant, and Apichatpong Weerasethakul back to Scorsese, Tarkovsky, Hitchcock, Welles, Ophüls, D.W. Griffith—to the birth of the cinema itself, when the earliest films were, de facto, single-take affairs. And films composed of—or edited to appear as if they are composed of—a single, extended take have proliferated since the turn of the millennium, corresponding to the acceleration of digital cinematography. (Traditional 35mm film magazines need to be swapped out after ten or eleven minutes, whereas digital hard drives do not; the technology is also considerably lighter, accommodating greater freedom in the planning and execution of complicated camera movements.)

From Alexander Sokurov’s historical reverie Russian Ark (2002) to Alejandro G. Iñárritu’s Best Picture winning Birdman (2014), to episodes of The Haunting of Hill House, Mr. Robot, and, most recently, Watchmen, extended digital long-takes have moved from art house oddities to prestige pictures to premium cable TV dramas in a relatively short time. Such feats are no doubt difficult to pull off. But they’re also easier to pull off than ever. While such sequences can prove immersive, and vaguely intoxicating in stirring a felt sense of breathlessness, their multiplication has a diminishing effect. In many cases, never more so than in 1917, there is a hollowness to the sense of technical achievement. It’s like making a whole song, or indeed a whole album, out of an extended guitar solo. Call it the Zappafication of cinema.

In an especially conspicuous moment in 1917, the camera looses itself from Schofield’s immediate orbit, floats through the window of a semi-demolished building and glides back towards the earth—evoking the bravura proto-Steadicam cinematography towards the end of Mikhail Kalatozov’s I Am Cuba (1964)—catching up with the solider as he makes his way into the wreckage of Écoust-Saint-Mein. Here the camera reveals itself not as an accomplice, on a ride-along through the detritus of the First World War, but more as a maestro. It doesn’t follow Schofield so much as nudge him along, jostling him from one waypoint to the next en route to the (assured, practically predetermined) completion of his mission. It’s as if it possesses a consciousness, like the off-screen animator in Chuck Jones’s “Duck Amuck,” who cruelly arranges the various scenarios to bedevil the film’s protagonist. It is omnispective (all-seeing), omniscient, and omnipotent. It’s no mere witness or spectator to the action, but a kind of narrator, what film theorist Christian Metz (following the French phenomenologist Albert Laffey) termed the grand imagier. It is a master of bloodletting ceremonies, a god of war.

It’s like making a whole song, or indeed a whole album, out of an extended guitar solo. Call it the Zappafication of cinema.

And like most gods, 1917’s grandstanding camera-eye is, in a literal sense, awesome. It is designed to gin up slack-jawed astonishment, while precluding the airy, contemplative spaciousness curated by more serious-minded practitioners of the long-take (Weerasethakul, Tarkovsky, Béla Tarr, etc.). It is meant to overwhelm. That quality can, perhaps, be read as an analogue for the experience of early twentieth century mechanized warfare itself. Such an effect was marshalled with perhaps greater force in Christopher Nolan’s Dunkirk (2017), which is both more formally rigorous and sensorially shell-shocking than 1917, while also serving as proof-of-concept for Mendes’s microcosmic, hermetic approach to depicting a global scale conflict. But the impression generated by 1917 is different, subsuming its problems or even the deliberation of any deeper themes (about the nature of warfare, heroism, etc.) into its parade of swooshing technical proficiency. It does not want to be considered. Only admired.

A new film about eager young men conscripted to serve capricious aristocrats and the agenda of unfeeling imperial expansion offers an opportunity to speak to the continuing climate of endless, pointless, war. Instead, Mendes’s practically Tolkienesque parable of an apple-cheeked try-hard slogging through an acrid hell with the promise of declaring “mission accomplished!” only serves this pointlessness. Every Tommy is fundamentally decent (even the ones who, we’re warned, might not be). And every Hun a crazed angel of death. Even Peter Jackson’s archly sentimental documentary They Shall Not Grow Old (2018) paused to consider the common lot of draftees on both sides of no-man’s-land, the vanity of their courage, and the futility of their sacrifices. Mendes offers a conservative corrective to such thinking, restoring the virtue of courage, of sacrifice, and of a traditionally English, stiff-upper-lip approach to doing what one is told.

The film’s long-take form provides cover for such retrograde ideas. Editing is, in many meaningful respects, the spirit of cinematic artistry precisely because it suggests that decisions are being made. Editing produces what the august film theorist André Bazin called “the creation of meaning which is not contained objectively in the individual images themselves, but which arises from their collocation.” The long-take, by contrast, aspires to a “purer” relationship to meaning. Montage editing manipulates time and space, where the long-take coheres these dimensions. Meaning is not created through the aggregation and deliberated display of images, but in the presentation of the image. It offers what scholar Brian Henderson called, in a 1971 Film Comment essay, “the true cultivation and expression of the image as such.” The long-take does not editorialize. It does not ponder reality. It is reality. Such privileged claims to reality—and, especially, the reality of a historical event as multifarious as a world war—betray a sinister ideological dimension.

“There’s no such thing as an anti-war film,” goes a tricky-to-source quote commonly attributed to French filmmaker François Truffaut. That all war films inherently glorify war, and that the general attitude of even those most unsparing depictions amounts to “War is hell . . . also it is awesome!” is certainly debatable. And in their most productive forms, war films can work to stimulate this debate. But 1917 isn’t interested in this. Even in its glimpses of horror (the dams of water-logged corpses, the large rats, the sheer noisiness of it all) are quashed under its grander, more redemptive project: its sense that wartime astonishment and adventurism are not profitable fictions, but an essential component of conflict. And that war-making is not only virtuous, but an act of virtuosity. 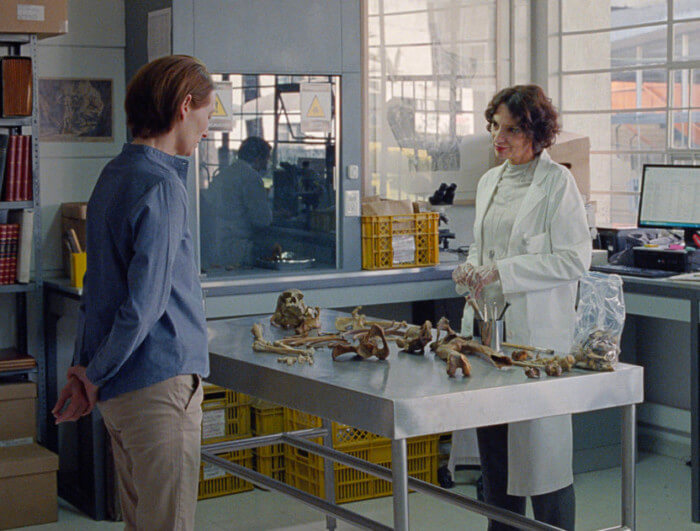