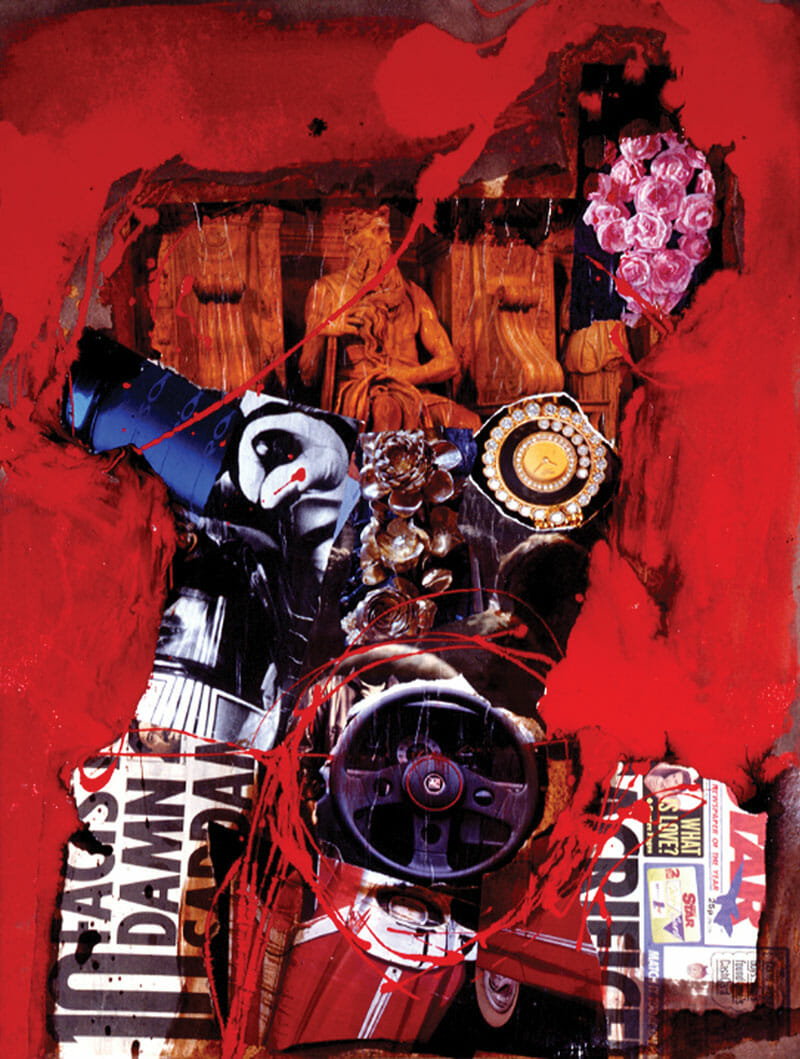 We tried—half-heartedly, it’s true—to Christianize and Anglicize the native North American population, but found it much simpler in the long run to slaughter, dispossess, and relocate them onto arid inland Bantustans. We sought to discipline African-descended slaves under the paternalist (and again, perversely Christian) precepts of unremunerated labor, but reached for the rod, the whip, and the noose at the first sign of resistance. We then slaughtered a good portion of our inestimably more privileged white male population in a Civil War that freed the slaves as a near afterthought—and proceeded, in its typically murderous epilogue, to confine black Americans within a polity of systemic discrimination and organized racial terror for the next century.

There are rumors of dissent in the tightly scripted American war of all against all.

We devised all manner of new, American-branded mayhem during our long passage from a frontier republic into, well, a frontier mass republic, as historian Richard Hofstadter notes in a strikingly timely essay abridged in this issue: lynchings, riots, vigilantism, and political assassinations, along with garden-variety domestic knifings, shootings, and bludgeonings carried out on a scale of gruesomeness pretty much unprecedented in the soi-disant civilized West.

If we were to sum up the general logic of social control in our uncivil society, we could do worse than quote Ernest Borgnine’s churlish aside in the camp-western classic Johnny Guitar (1954). Having just plunged a knife into the back of an associate, Borgnine shakes his head and ruefully barks in the general direction of the corpse that he’s freshly minted, “Some people just won’t listen.”

In the pages of The Baffler no. 28, we give the last word to the hapless souls targeted for elimination by our nation of hot-headed, carnage-happy Borgnines. David Graeber goes to the heart of the perverse social contract dictating that deserters and war-resisters be typecast as cowards and finds its deeper psychic antecedents in the casual brutalities of the schoolyard. A. S. Hamrah scopes out the cult of the Zombie Apocalypse and descries a self-hating, consumerist fantasia in its flesh-eating cortex. Heather Havrilesky sizes up the new face of high-tech warfare and finds that it bears a distressing resemblance to the workaday commerce of our gadget-happy world.

Along the way, there are rumors of dissent in the tightly scripted American war of all against all, be they in Noam Chomsky and Kade Crockford’s unsettling anatomy of the death-dealing trial of Boston Marathon bomber Dzhokhar Tsarnaev or in the placid muse of the Amish-themed romance novel.

Hey, in our fast-unspooling uncivil society, poised as it is to implode at the next carelessly weaponized keystroke, you take your fugitive visions of peace and quiet wherever you can find them.