To even the most indifferent of observers, this can hardly seem the appropriate time to launch a literary review. College libraries struggle to make room for the inevitable journals of increasingly minute specialization while bookstores proffer ever-slicker periodicals which make ever-more-expansive claims of literary authority.

The Baffler justifies its entry into this seemingly saturated field by its distinctiveness: our review will be neither the tool of a University ‘creative writing’ program nor the slick product of a great publishing house.

American literature has lately succumbed to a variety of alarming maladies. Fiction has been captured by the professional innovationists of college writing workshops, who assure the marketability of their products (and, hence, the expansion of their reputation) by regularly announcing “the newest thing.” With their minds fixed firmly on the astronomical rewards of a successful career in writing, aspiring artists trample one another in a mad scramble to adopt the newly-anointed technique. While the “vanguard” shifts constantly and its fads are fabricated with remarkable regularity, literature is reduced to commodity. “Newness” becomes a weighty criteria for artistic judgement and authors come and go in a frenzy of planned obsolescence that any advertising executive must envy.

Paralleling the slide to trendiness has been the triumph of theory. Academic circles have proven particularly vulnerable to this malady, as journals of criticism begin to outnumber those of actual creation, and the author is increasingly forced into the position of psychiatric patient on the critic’s couch. The ascension of the all-powerful critic with his air-tight System of Interpretation has encouraged writers to place theoretical coherence above their individual creative gifts. “High” literature is consequently threatened with the pathetic fate that overcame much of modern painting. As Tom Wolfe writes of the days of Theory’s triumph, “the new order of things in the art world was: first you get the Word, and then you can see.” The phenomenon which Wolfe aptly labels “avant-gardism” has largely overwhelmed the literary world as well, with newer and newer waves of ‘creative writing’ theory generating buckets of derivative, dogmatic prose.

This malaise has wreaked its greatest destruction on poetry. The all-too-human angst expressed by such spirits as Rimbaud and Plath seems alien to today’s poets of theory and inscrutable word games. Theory and facile avant-gardism have rendered impotent civilization’s most expressive form: its practitioners strive to maximize esotericity and churn out scarcely-comprehensible “gibberish.” Henry Miller writes of modern poetry that

The screech of the bomb still makes sense to us, but the ravings of the poet seem like gibberish. And it is gibberish if, out of two billion people who make up the world, only a few thousand pretend to understand what the individual poet is saying. The cult of art reaches its end when it exists only for a precious handful of men and women. Then it is no longer art but the cipher language of a secret society for the propagation of meaningless individuality.

In the convoluted minds of the fabricators of modern literary fashion that which is passionate, forthright, and ingenuous becomes baffling. 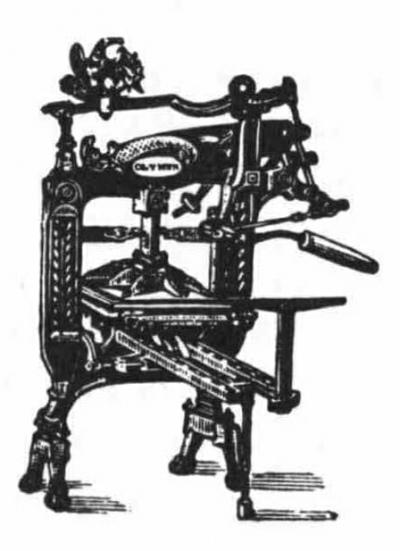 Against this sordid backdrop The Baffler offers itself as an alternative. We reject the load of pseudo-intellectual baggage which literature has been forced to bear and accept instead the traditional duties of the artist–the creation of a work which, in Miller’s words, “stirs men’s passions, which gives vision, lucidity, courage, and faith.” We denounce the self-declared critical junta that dominates literature from its platform of ‘creative writing’ workshops and affirm true creativity that resonates with human experience. In place of the shallow trendiness, affected opaqueness, and brazen commercial aspirations of established literary circles we offer youth, energy, and vitality. We present The Baffler, the journal that blunts the “cutting edge” and sends the “vanguard” scurrying in disarray.

Meditations in an Emergency

Worker writers take stock of a world reshaped by coronavirus.

Major League Baseball’s hothouse economy is not any more logical or predictable than the broader one from which it is carved. . .

Settling in for the “Covid Spring” in small-town Wyoming.