Presented by International House at the University of Chicago Global Voices Program and The Baffler, in partnership with Seminary Co-op Bookstores

Join us for an afternoon discussion of Rick Perlstein’s “There Goes the Neighborhood: The Obama Library Lands on Chicago,” a shocking tale from The Baffler’s new issue (no. 28), along with Chris Lehmann’s “Having Their Cake and Eating Ours Too,” mordant observations on the emerging mutant donor class in America. Not enough fun to drag you off your couch? Writer and attorney Tom Geoghegan will discuss the case of and against the Lucas Museum of Narrative Art. Activitst Jitu Brown recently helped lead a hunger strike to save historic Dyett High School, located in Washington Park, the probable location of the Obama Library.

Come, all ye faithful defenders of clean air, lake water, and natural light, gas up the The Baffler’s bullshitdozer and join us for an afternoon of talk about politics, art, vanity, social class, and developmental disorder in Chicago.

There is no charge to attend this event. Your RSVP is requested, but not required. Be there or be run over by a bulldozer

Rick Perlstein is contributing editor of The Baffler and author of three books: The Invisible Bridge: The Fall of Nixon and the Rise of Reagan, Nixonland: The Rise of a President and the Fracturing of America, and Before the Storm: Barry Goldwater and the Unmaking of the American Consensus. A contributing writer at The Nation, former chief national correspondent for the Village Voice, and a former online columnist for the New Republic and Rolling Stone, his journalism and essays have appeared in Newsweek, the New York Times, and many other publications. Politico called him the “chronicler extraordinaire of American conservatism,” who “offers a hint of how interesting the political and intellectual dialogue might be if he could attract some mimics.” The Nation called him the “hypercaffeinated Herodotus of the American century.” He lives in Chicago.

Thomas H. Geoghegan is an attorney who specializes in labor and employment law, civil rights, consumer fraud, voting rights, and other constitutional rights litigation. He has argued before the United States Supreme Court in Union Pacific Railroad Company v. Brotherhood of Locomotive Engineers and Trainmen, in which his firm won a 9-0 decision. With his colleagues, he is currently representing the League of Women Voters of Chicago in a challenge to gerrymandering by the City Council of Chicago. He has written six books, including Which Side Are You On? (1991), cited as one of the best five nonfiction books in that year by the National Book Critics Circle. He has written for the New York Times, The Nation, Harper’s, Slate, Bloomberg View, and other publications. His latest book, Only One Thing Can Save Us: Why America Needs a New Kind of Labor Movement, was released in December 2014. He lives in Chicago.

Chris Lehmann is senior editor of The Baffler and the magazine’s Dollar Debauch columnist. He has been an editor for Newsday, New York magazine, the Washington Post, and Congressional Quarterly. After the great reckoning of 2008, he found himself laid off and writing a bitter online column about the casual idolatry of market values in America; eventually, that therapeutic pursuit became a book, Rich People Things: Real-Life Secrets of the Predator Class (2011). After one final and predictably disastrous encounter with new media boosterism at Yahoo News, he recognized that he should throw in with The Baffler, and his other cherished extramural editing gig at Bookforum, on a full-time basis. He lives in Washington, DC. 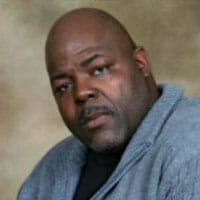 Jitu Brown is the National Director of the Journey For Justice Alliance and the Education Organizer for the Kenwood Oakland Community Organization (KOCO). He also teaches African-American history at St. Leonards Adult High School. Jitu helped develop the Mid-South Education Association, a grassroots advocacy group working to meet the needs of schools in the area. His work has been published in Rethinking Schools and Ebony magazine, and he has appeared on several talk shows, including WBEZ’s Community Voice, CLTV’s Gerard McClendon Live, and Democracy Now. He lives in Chicago.

Persons with disabilities who may need assistance should contact the Office of Programs & External Relations in advance of the program at 773-753-2274.