When it comes to TNT’s new show Claws, a pulp fiction about five women who work in a Florida nail salon and carry out low-level crime on the side, make sure to pay attention to the walls. In a crime boss’s living room, for example, there are crude paintings of fellatio and swamp animals that hover over his goons like thought bubbles. In this respect, like Empire before it, Claws sends a message through its art, lightly encoded, about its themes. Where the Kehinde Wileys and Mickalene Thomases and Kerry James Marshalls mounted in Empire showcase its characters’ aspirations for black capitalist opulence, the pictorial Easter eggs in Claws amplify the failure of its thugs to imagine more with their ever-accumulating wealth. Not only are they bad guys, they are guys with bad taste in art.

At Nail Artisan of Manatee County, a Southern Florida salon, Desna Simms (Niecy Nash) is the boss and maven of a ragtag group of manicurists who launder money for crooked honcho Uncle Daddy (Dean Norris, playing opposite the F.B.I. agent he portrayed on Breaking Bad), a hilariously incomprehensible higher-up in the Biloxi Mafia—the one with the chintzy blowjob art. The misfit manicurists include Desna’s best friend Jennifer (Jenn Lyon), the beleaguered wife of a life coach with addiction issues; Polly (Carrie Preston), a spacy parolee with an ankle monitor; Quiet Anne (Judy Reyes), a butch lesbian who sometimes plays bouncer when things get out of hand at the salon; and Virginia (Karreuche Tran), a youngish former stripper and the pariah of the group. Promotional posters of nail designs are tacked up around the shop, and as the women work, tidy models mug just over their shoulders, embodying an ideal neither they nor their clientele strive for. For one thing, the nail designs Desna and Co. devise are far more eccentric and abstract than the straightforward styles the models flex on their fingers. Compared to the adult contemporary, Kenny G.-meets-Dixie Cup designs displayed in the generic window signage, these ladies have jazz hands.

Beneath Claws’ Day-Glo radiance, effervescent soundtrack, and pervasive luxe-ness, there’s a layer of sadness—like the first coat of nail primer.

The crown jewel of Uncle Daddy’s seedy little empire is a strip-mall clinic located in the same complex as Nail Artisan. There, oxycodone-dependents occupy the waiting room, disrupting service. Above them, on the walls, are anodyne images of flowers and pacific vistas, which ironically offer lush, eye-popping fields while the opioid addicts below await relief. Elsewhere, in the palatial mansion belonging to Roller (Jack Kesy), Uncle Daddy’s nephew and Desna’s sometimes beau, a naked portrait of the sleazy proprietor ogles visitors. There’s the familiar sensation that Roller’s painted eyes watch as you move, but given how much creepy sex goes down in that place, the eyes aren’t the only part of his anatomy you might imagine following you around.

Beneath Claws’ Day-Glo radiance, effervescent soundtrack, and pervasive luxe-ness, there’s a layer of sadness—like the first coat of nail primer. Desna’s desperation—she’s struggling to raise funds from her money laundering arrangement with Roller and Uncle Daddy—is palpable in the first episode. She wants to buy a new, ideally more profitable salon so that her autistic-savant brother Dean (Harold Perrineau) can eventually move into a sturdy home, one that doesn’t leak when it rains and isn’t infested with black mold. As the pressure mounts for Desna to deliver a down payment to her real estate agent, the audience is treated to comic relief in the form of impromptu beatdowns and slow-motion weirdness. When Polly, who has returned to the shop from a mysterious “vacation” wearing an ankle monitor, expresses frustration over her situation, Desna assures her, “This is our place. This is our crew. I’m gonna take care of you. I’m gonna take care of all of us.” It’s this home-away-from-home pep talk that reveals Claws’ two sides, bright and dark. It’s uplifting to watch Desna protect her employees and friends, but you can’t help thinking that if the nail salon is all these women have, their lives must be pretty bleak.

The ways in which the women use their nail art to escape personal turmoil, to facilitate emotional support for other women (co-workers and clients), and to earn a living, brings to my mind other women artists. Specifically, they remind me of contributors to “Making Space: Women Artists and Postwar Abstraction,” an ongoing exhibition at the Museum of Modern Art. The women featured in this show were making art in an era when social change allowed for more women to work as professional artists, yet many still felt constrained by the discriminatory practices of men in power—there was little material support, despite nominal improvements, for women artists in the period from 1945-1968. Under such conditions, these women turned to abstract art; according to the exhibition text, “Abstraction dominated artistic practice during these years, as many artists working in the aftermath of World War II sought an international language that might transcend national and regional narratives—and for women artists, additionally, those relating to gender.” While Claws is surely not an example of avant-garde art, its mesmerizing shots of intricate nail designs nonetheless sanctify its mostly female space. The nail salon in Claws becomes a heterotopia of female art—with Quiet Ann watching the door at all times—and it illustrates how traditional feminine aesthetics, even when presented in straightforward media, often tend toward unruliness and even abstraction.

Claws does its own thing with nails, highlighting the fakeness of certain ultra-femme aesthetics while also elevating those style choices to the status of authentic art.

Claws does its own thing with nails, highlighting the fakeness of certain ultra-femme aesthetics while also elevating those style choices to the status of authentic art. Even the name of the salon, Nail Artisan, points to the high-low aims of its manicurists. There is likewise a parallel between the gutsy, relentless Claws heroines and the “Making Space” artists, who cleared a path for themselves despite institutional discrimination. Looking at the bold, exuberant designs made by the Manatee County nail artisans, for example, it’s hard not to think of Alma Thomas, an artist featured in “Making Space.” Thomas’s contribution to the exhibition is “Untitled,” a colorful wall-mounted drawing, made from acrylic and pressure-sensitive tape on cut-and-stapled paper. The fact that Thomas had been an art teacher for many years makes her selection of accessible materials even more daring; she was likely making due with handy materials. An art made from staples and paper, in other words, becomes a commentary on the scant resources available to women at the time.

In Claws, Desna uses lacquer and tiny embossments strategically, flossing her own extravagant fingernails to get what she needs. After showing off an intricately crafted set at a ritzy party, she leverages the curiosity of her ex-real estate agent’s bachelorette friends into several nail appointments and a corny cross-cultural hang session that ends—where else—at a strip club. At the end of the Bridesmaids-style shenanigans, Desna’s former agent, Mandy (Christina Moore), offers to work with her again, inspired by the beauty of her nails. “They’re incredible,” Mandy says, “they’re exactly what I’m thinking and feeling.” In Claws, women artists, doing more with less, sanctify a female space, and that space in turn emboldens their art. A dose of hot-pink fun calls back, in a small but important way, to the female abstract artists who came before. 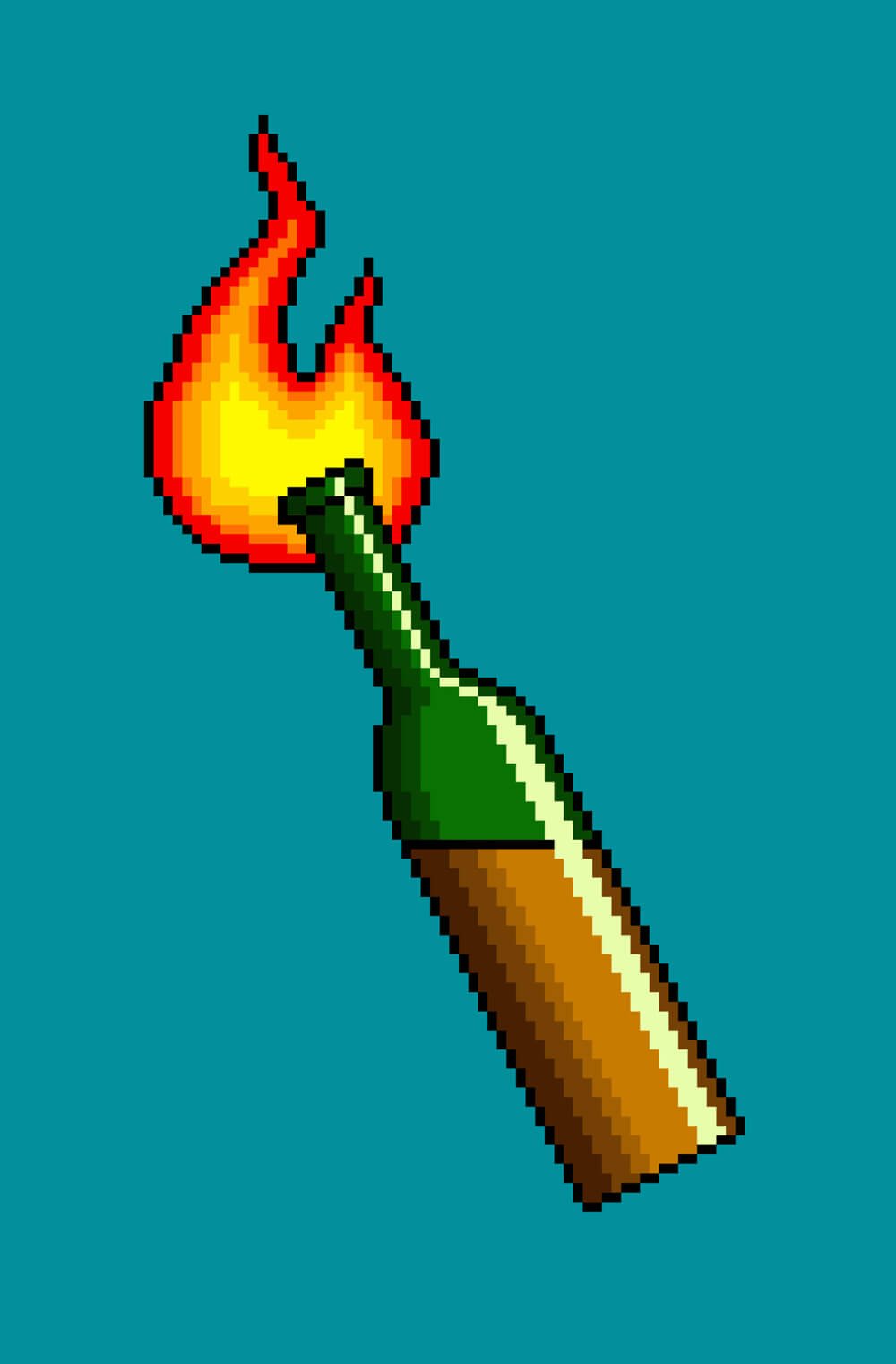 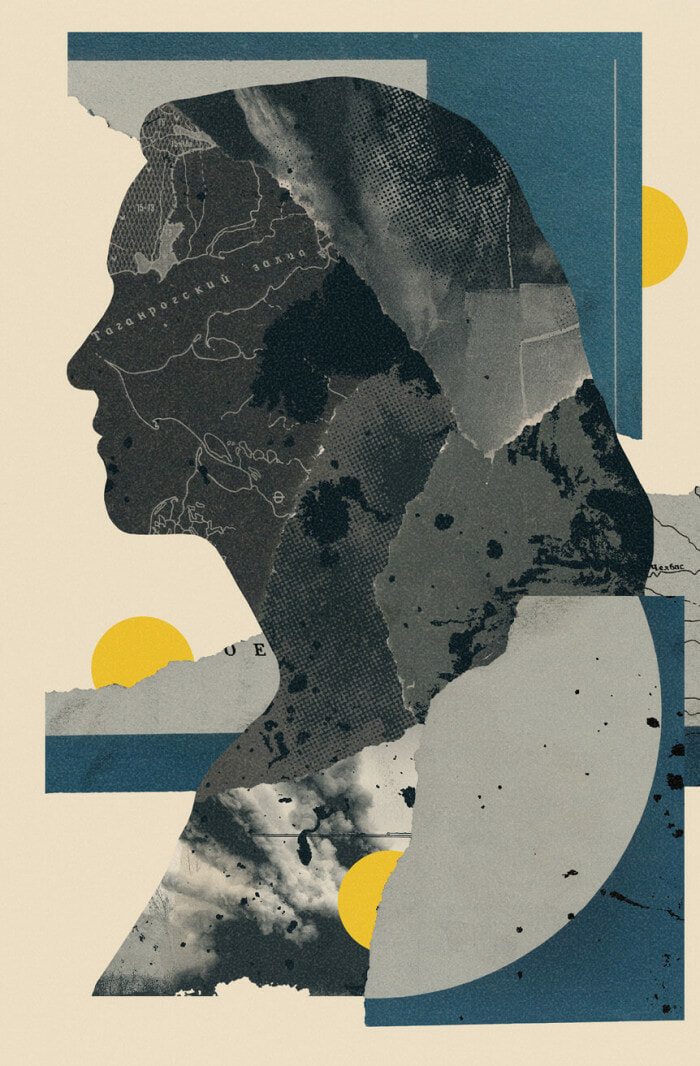 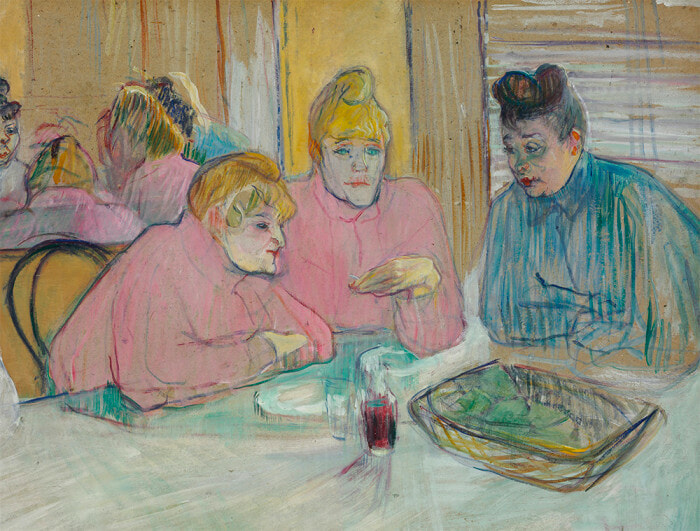