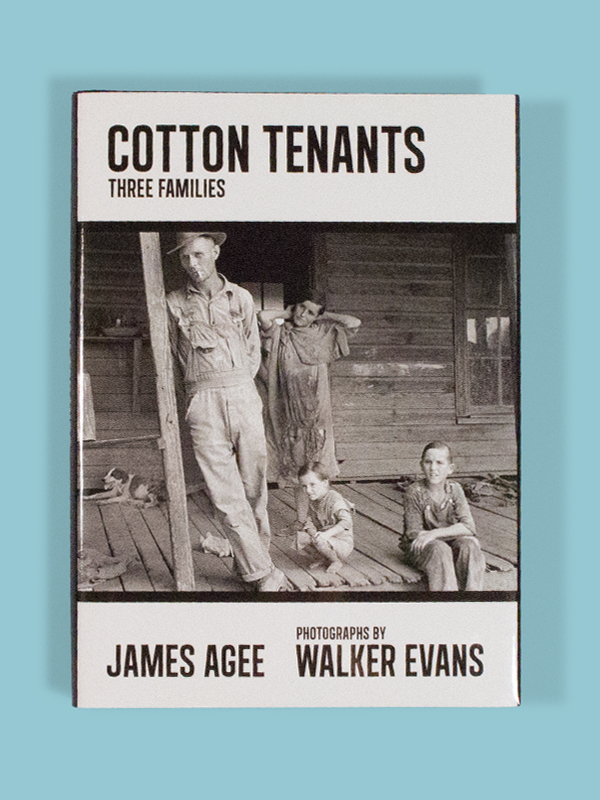 A rediscovered masterpiece of reporting by a literary icon and a celebrated photographer.

In 1941, James Agee and Walker Evans published Let Us Now Praise Famous Men, a 400-page prose symphony about three tenant farming families in Hale County, Alabama, at the height of the Great Depression. The book shattered journalistic and literary conventions. Critic Lionel Trilling called it the “most realistic and most important moral effort of our American generation.”

The origins of Agee and Evans’s famous collaboration date back to an assignment for Fortune magazine, which sent them to Alabama in the summer of 1936 to report a story that was never published. Some have assumed that Fortune’s editors shelved the story because of the unconventional style that marked Famous Men, and for years the original report was presumed lost.

But fifty years after Agee’s death, a trove of his manuscripts turned out to include a typescript labeled “Cotton Tenants.” Once examined, the pages made it clear that Agee had in fact written a masterly, 30,000-word report for Fortune.

Published here for the first time, and accompanied by thirty of Walker Evans’s historic photos, Cotton Tenants is an eloquent report of three families struggling through desperate times. Indeed, Agee’s dispatch remains relevant as one of the most honest explorations of poverty in America ever attempted and as a foundational document of long-form reporting. As the novelist Adam Haslett writes in an introduction, it is “a poet’s brief for the prosecution of economic and social injustice.”

James Agee was an American poet, novelist, film critic, screenwriter, and magazine journalist who died in 1955. Agee's Cotton Tenants was published by The Baffler and Melville House in 2013.

Age of Iron
Bongani Kona
What led the adversaries in apartheid South Africa to seek a negotiated settlement instead of a fight to the finish?
January 10