In whatever remains of our weirdly didactic civic culture, the death of a statesman is supposed to impart a lesson. John F. Kennedy’s assassination was held to be a solemn set piece about the loss of American innocence—something that occurred in the actually existing world roughly an hour or so after the first settlers in Jamestown set about scouring the New World for gold, at the expense of the basic rigors of sustenance. John McCain’s passing was naturally treated as a sermonette on the waning martial character of our once-great republic, which was somehow failing to heed the stirring example of a true patriot’s fealty to imperial war-making and supply-side dogma.

So it was anything but surprising that the loss of George H. W. Bush sparked a vigorous round of pundit nostalgia for an America of noble elite public service and self-sacrifice. “President, patriot, gentleman,” read the headline about Bush’s funeral in my hometown Washington Post. This selfless Brahmin “made our lives, and the lives of nations, freer, better, warmer, nobler,” marveled Jon Meacham, the spirit of potted consensus history made flesh, from his eulogist’s pulpit.

Meacham’s effusive tone poem would certainly have been discordant to thousands of Iraqis on the Highway of Death—and to thousands of stateside AIDS sufferers to whom Bush expressed a wan patrician indifference while in office. But the actual record of leadership and history counts for no more in Bush’s case than in Kennedy’s. No, what matters is the image of the civitas we project onto the dead leader—and in Bush’s case, the obvious thing to mourn was the passing of our stately WASP establishment into the boorish Guignol of the Trump era.

The actual record of leadership and history counts for no more in George H. W. Bush’s case than in John F. Kennedy’s—what matters is the image we project onto the dead leader.

This brand of elite lamentation reached its apogee with a truly batshit offering last week by conservative New York Times columnist Ross Douthat. The old WASP ethos that died off with Bush, Douthat writes, represented “a distinctive competence and effectiveness in statesmanship—one that from the late-19th century through the middle of the 1960s was arguably unmatched among the various imperial elites with whom our establishment contended, and that certainly hasn’t been matched by our feckless leaders in the years since George H. W. Bush went down to political defeat.”

And needless to say, the philistine practices of our own age’s smugly demotic, multicultural model of status, power, and entitlement is a poor substitute for all that chin-jutting WASP assurance. Over against the unhinged hectoring of today’s demented faux meritocracy, Douthat hymns the can-do prowess of Ivied diplomacy, which was, OK yes, deeply bigoted but also steeped in a redemptive spirit of “cosmopolitanism that coexisted with white man’s burden racism but also sometimes transcended it, because for every Brahmin bigot there was an Arabist or China hand or Hispanophile who understood the non-American world better than some of today’s shallow multiculturalists.” It’s a shame that we’ve carelessly discarded that sturdy, ennobling body of tradition for the enervating, exhausting rites of entitled equality—particularly when the prospect of elite accommodation to the unwashed imperatives of mass democracy could have been achieved so briskly and competently:

In such a world the establishment would have still admitted more blacks, Jews, Catholics and Hispanics (and more women) to its ranks . . . but it would have done so as a self-consciously elite-crafting strategy, rather than under the pseudo-democratic auspices of the SAT and the high school resume and the dubious ideal of “merit.” At the same time it would have retained both its historic religious faith (instead of exchanging Protestant rigor for a post-Christian Social Gospel and a soft pantheism) and its more self-denying culture (instead of letting all that wash away in the flood of boomer-era emotivism). The goal would have been to keep piety and discipline embedded in the culture of a place like Harvard, rather than the mix of performative self-righteousness and raw ambition that replaced them.

I quote this mystic vision of elite WASP self-reform at length because, seriously, what the EVERLASTING FUCK? Leaving aside the obvious analytical problems here—namely that the racial and religious exclusionary rites of WASP clubbability were the means by which this elite reproduced its own power across generations and would not be cast off in a stirring and voluntary display of “piety and discipline”—the larger problem is of course that the heroic fable of WASP competence had always been a self-interested social myth. The feckless surrender of WASP privilege under the rude pressures of non-legacy admission has also been the principal campfire story that the aggrieved modern conservative elite has been lulling itself into jowly indignation with ever since young William F. Buckley Jr. published God and Man at Yale back in 1951. In reality, of course, that privilege was never sacrificed in any thoroughgoing way. For a prooftext, one need look no further than George H. W.’s eldest son, who managed to mint an academic and business resume of resounding mediocrity into his dad’s former post as the most powerful man in the world—where, in turn, he compiled a governing record that gives mediocrity a truly awful name.

Indeed, the saga of generational declension among aristocratic elites is the stuff of Shakespearean tragedy, dynastic political corruption across the West, and countless Victorian novels. For Douthat to posit a straight-faced counterfactual regimen of elite self-reinvention as an advance in American self-governance is to show a militant disregard for basic historical dynamics that should have gotten him booted from any self-respecting boarding school. (It’s also not a little dumbfounding that Douthat’s reverie of noble preps in power fails to account for the first Gilded Age’s retinue of non-elite-bred robber barons, who were already crashing the clannish WASP power elite as the scions of Mayflower-stamped privilege began swanning into obscurity.)

And for Douthat to flag the globe-trotting “cosmopolitanism” of the WASP grand-strategy set as another cause for mourning is likewise staggeringly ahistorical. He briefly references the “establishment failure in Vietnam” as though it were a faculty club gaffe—but neglects to mention any of the other murderous and dismal errands into the global wilderness captained by the Cold War’s confident WASP elite, from the blood-drenched authoritarian coups in Greece, Iran, Guatemala, Chile, and Indonesia on through to Poppy Bush’s own singularly feckless invasions in Panama and Iraq. And of course modern American imperialism was launched on its disastrous course largely at the behest of that tirelessly self-improving, and epically bigoted Brahmin of the old school, Theodore Roosevelt. If that’s what passes for “competence” on the global stage then, by all means, bring on the amateurs.

Douthat briefly references the “establishment failure in Vietnam” as though it were a faculty club gaffe—but neglects to mention any of the other murderous and dismal errands of the Cold War’s confident WASP elite.

Indeed, any unsentimental account of the WASP elite’s actual record in power can only marvel that the whole sorry edifice didn’t collapse under its own sententious weight sooner than it managed to. From former Princeton president Woodrow Wilson’s arrogant (and Red-baiting) prosecution of the War to End All Wars to JFK’s solemn mustering of the Best and the Brightest to monitor the body counts in Vietnam, the world has paid a steep price indeed for the cosmopolitan reveries of America’s Ivied power elite. The only outlier in this cavalcade of sick conquest-for-conquest’s sake was Teddy’s Roosevelt’s cousin Franklin, but something tells me that the New Deal’s redistributionist legacy isn’t quite the sort of rousing show of WASP spiritual discipline that Douthat has in mind.

Which is too bad, since in one important respect Douthat is not mistaken: today’s pseudo-meritocracy has failed miserably to make American life more equal or gracious or kind. Right-wing moralists like Douthat, though, always write up that failure to a fatal atrophy of manners and self-control. His complaints about today’s meritocratic power elite are not that its leading lights are greedy or otherwise heedless of the moral fallout from the lavish livelihoods they’ve set up for themselves. No, for Douthat, the relevant sins are all matters of etiquette, and abrasive moral excess: the apostles of merit are addicted to “performative” and formulaic public outrage, and they marinate in the backwash of “emotivist” Boomer spiritual sensibilities.

But the real lesson of WASP America’s heyday is that our elites can always be counted on to mouth a long array of sonorous pieties while carrying out their appointed world-conquering duties in gleefully rapacious fashion—a lesson that the elder Bush’s own father, Prescott, drove home in no uncertain terms when he managed a lucrative series of investments in Nazi-arming business dependent on slave labor. (In his off hours, meanwhile, Prescott helped lead an abortive business-driven coup to topple FDR’s elected government in favor of a fascistic, market-friendly alternative, out of his deep reverence for America’s noble civic traditions.)

No amount of enlightened curricular reform or self-administered spiritual hygiene was going to change this toxic status quo—and the all-too-plain failings of the American neoliberal meritocracy partake in no small measure of the same pious hypocrisies. But that’s no cause to hanker for the putatively gentler dispensations of a vanished power elite; it’s grounds for asking why we’re allowing today’s version to make the same fathomlessly destructive mistakes. 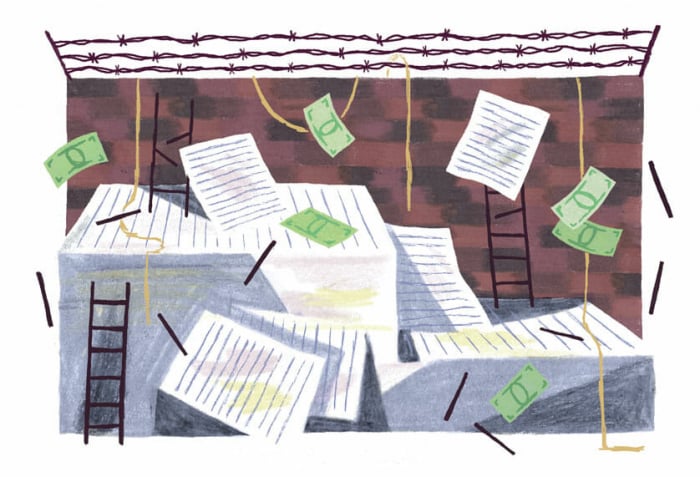 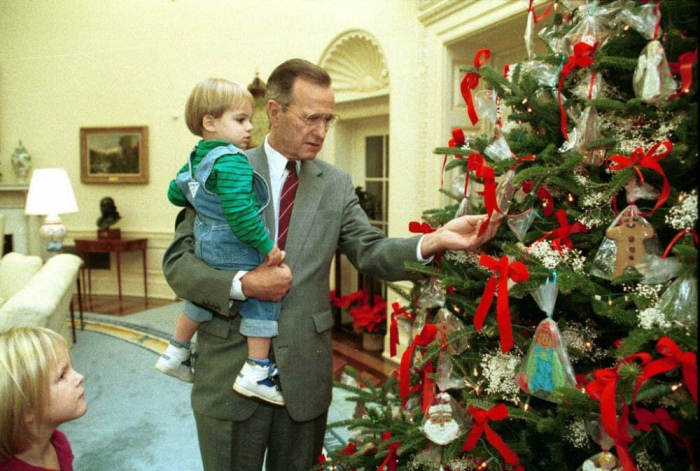 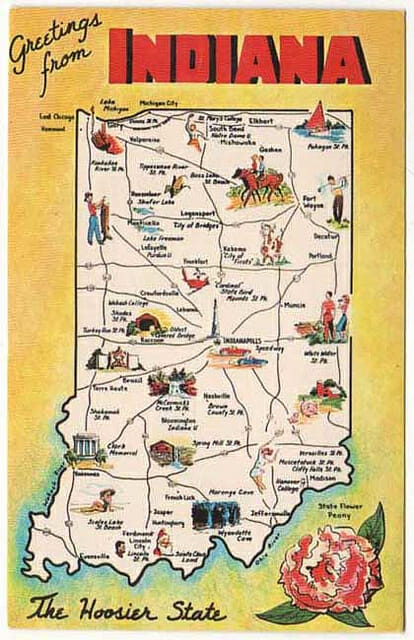