The relationship between Facebook and news publishers is a bizarre charade, peopled by unreliable characters, dotted with contradictions, suffused with dependency and resentment. Over ten long years, Facebook kneecapped the newspaper industry by devouring its main revenue stream. Together, Facebook and Google now take in more than 65 percent of digital advertising dollars—an extraordinary haul given that these sites grew fat in part by indexing and sharing the content produced by news organizations.

Just don’t call Facebook a publisher, please. By its own conception, it’s a platform, aspiring toward neutrality, that needs publishers to provide it with high-quality content that users can like, share, and comment upon. In this bland spirit of connection, both sides need each other. Besides providing a civic service, media organizations offer fact-checking, breaking news, and a kind of social utility as people bond, or bicker, over the day’s events. And Facebook, the nostrum goes, helps give publishers a vast reach that they would otherwise never have.

Still, Facebook might argue that the value of news services is overblown, grounded in a false nostalgia for an era when a few newsprint and television conglomerates ruled the airwaves, because it turns out that news makes up only a tiny part of the Facebook megalith. According to Adam Mosseri, Facebook’s head of news feed until he decamped for a position at subsidiary company Instagram, only 4 percent of the average Facebook feed is news items; the rest is interactions with one’s contacts. “People don’t come to Facebook for news. They come to Facebook for friends and family,” Mosseri said at the February 2018 installment of the annual Recode Media Conference. (The line has found a grateful audience among Facebook’s senior managers, and has since become a robotic koan they invoke whenever the conversation over Facebook’s relationship with the media industry becomes a little tetchy or complicated.)

The relationship between Facebook and news publishers is a bizarre charade, peopled by unreliable characters, dotted with contradictions, suffused with dependency and resentment.

To sort out this relationship, in early 2017, Facebook brought on former CNN anchor Campbell Brown to be the company’s first global head of news partnerships. Traveling the world, meeting with editors, doling out grants, offering crash courses in how to boost subscriptions or leverage Facebook’s experimental paywall feature, Brown became Facebook’s ambassador to an industry that, even as it had come to depend on Facebook’s mind-bending reach, had also learned to hate and fear the company. If Brown was aware of the depth of such toxic feelings , she didn’t show much concern when sitting on stage next to Mosseri at that Recode conference. At the time, she warned diffident publishers: “If anyone feels that this is not the right platform for them, then they should not be on Facebook.” As if the tension weren’t clear enough, Brown acknowledged, “this has been a bumpy ride between us and publishers.”

The ride has only gotten bumpier, as Brown continued to take aim at critical publishers. In August, in an off-the-record meeting with Australian media companies, Brown reportedly warned her down-under counterparts that company founder and CEO Mark Zuckerberg “doesn’t care about publishers”—an admission that might shock no one but is useful to have confirmed.

“We are not interested in talking to you about your traffic and referrals anymore,” she said, immediately dismissing a monetization framework that publishers had spent years trying to master. “That is the old world and there is no going back.” Adding threats to insults, Brown said that if publishers don’t cooperate with Facebook, their businesses will end up “in hospice.”

(Brown later disputed many of the quotes, saying they either didn’t capture what was said at the meeting or didn’t reflect Facebook’s own transcript, which the company didn’t release. Facebook apologies aren’t lying when they say the platform isn’t a publisher.)

In many respects, Campbell Brown is the perfect figurehead for Facebook’s flailing efforts to repair its relationship with the press. Her imperious mien, perfected over a long tenure behind a corporate news desk, reflects Facebook’s (and Zuckerberg’s) casual disregard for an industry that the company would prefer to think it doesn’t need. Armed with its profoundly detailed records of user consumption, Facebook knows just how much, or how little, news gruel to serve up to its livestock (Mosseri said that his figure of four percent news-in-the-news feed was previously five percent, until the company tinkered with the algorithmic dials). Still, Brown is able to project the image of a sovereign who, overwhelmed by the vastness of her holdings, couldn’t possibly offer a suitable comment on the state of things to come. “I don’t think any of us know what the future of journalism looks like or what we should be doing five years from now,” she told the Recode audience.

Besides conducting botched goodwill tours through the world’s ever-shrinking newsrooms, Brown is known for her time at NBC and CNN, where she covered catastrophes like Hurricane Katrina and the invasion of Iraq. While in Iraq, she attended briefings by Dan Senor, a thirty-one-year-old venture capitalist who failed upward into a position as spokesman for the Coalition Provisional Authority in Iraq. In the words of the New York Times, “For his first days on that job, [Senor] slept on the floor of a former palace of Saddam Hussein, taking showers with bottles of water.” (If this set piece sounds like an outtake from an Armando Ianucci farce,  just recall that it was written in 2006, when blinkered optimism about the Iraq invasion was still the default position of the establishment press.) After returning stateside, Brown and Senor got together. They were married in April 2006. The pundit Richard Wolffe told the Times, with unintentional derision, “It’s the perfect meeting of hearts, minds, and talking heads.”

In 2009, Senor co-authored a book called Start-up Nation that has become a bible for Israelophiles who would trumpet the country’s tech scene while ignoring its daily human rights violations. The book accelerated Senor’s rise to the forefront of the conservative punditocracy, and in the run-up to the 2012 election, he became a high-level advisor to Republican candidate Mitt Romney. (After Romney said that Israeli “culture” accounted for the vast disparity between Israeli and Palestinian wealth, he quickly turned to Senor as his authority for the claim, saying that it came from Start-up Nation.)

With his experience laundering the felonious acts of governments foreign and domestic, and hers as a front-rank talking head, Brown and Senor were, as Wolffe said, perfectly aligned. While declaring herself an independent, Brown still exhibited the murky, Republican-friendly politics that would cause her to publish an op-ed in the New York Times deriding Planned Parenthood as too committed to “ideological purity.”

With this gaslighting history of undermining institutions she claims to support, it made sense that Brown would alight on another cause favored by today’s impatient-yet-self-regarding haute bourgeoisie: charter schools. Under the propagandistic mantle of improving “school choice,” Brown founded an organization called the Partnership for Educational Justice and helped file a lawsuit challenging teacher tenure. New York Magazine called her “the most controversial woman in school reform,” while Reason celebrated her “fight to get lousy teachers fired.”

This is who Facebook chose to lead its outreach to news organizations, where most workers make five figures and are often hopeful just to finish out the year employed—and where Facebook is viewed, quite justifiably, as an existential threat that is all the more frightening for its apparent indifference. On the other hand, the news industry is just as self-destructive and stratified as some of its worst critics charge, and there are plenty of overpaid people of nebulous ability riding charm and social connections toward industry renown. News outfits are now dotted with various well-compensated directors of digital projects and other preachers of the innovate-or-die gospel who have little idea of the travails of, say, a metro reporter working in the bullpen next door. These people can spend years burnishing their records as ideators-in-residence without having anything tangible to show for it, before hitching themselves to the next digital fad—schizophrenic chat bots, boutique social networks, or maybe mini drones that whisper tweets into your ear. It’s a lucrative racket, if  also a less than inspiring one, mostly involvig the spirited  regurgitation of company jargon, the repackaging of hazy prognostications about a future no one understands, a maundering array of global conference appearances, all while touting revolutionary products that may never come to market.

In other words, it’s pretty much the private-sector equivalent of pulling PR duty for the provisional authority in U.S.-occupied Iraq. If knowledge workers find themselves at a loss to more perfectly align themselves to the market directives of Mark Zuckerberg’s global empire, they can do a lot worse than to look to the model perfected by Campbell Brown and Dan Senor. 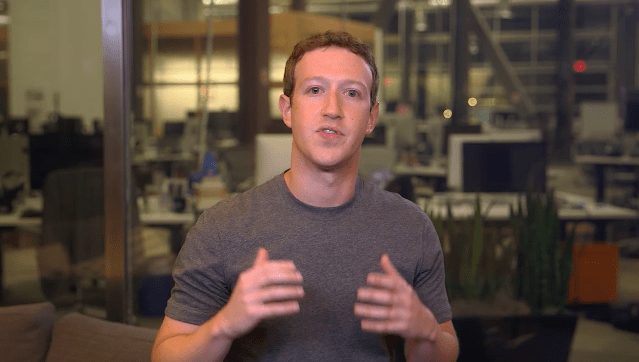