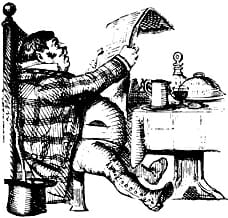 Last January, I got a call from Jim Grant, editor of Grant’s Interest Rate Observer, a Wall Street newsletter on the credit markets. Jim was a bit nervous that the dockers’ strike in Liverpool had attracted sympathy strikes, demonstrations, and other actions around the world—a solidarity campaign organized in part through the Internet. The rise of labor is always bad for the bond market, and Jim was afraid that in all the hype about fiber optics, it’d been forgotten that rebellious proles can get wired too. Was the historical tide of the last 20 years reversing itself, and labor beginning to rise again?

It was my duty to tell Jim that labor’s attempts at international solidarity, as inspiring as they are, have typically burned out quickly. Maybe someday a global labor movement could sustain itself, and if it did, it’d certainly be wired, but it’d also use phones and letters too.

Ursus Wallstreetus is a strange species. Almost without exception, bears adore capitalism as the most wonderful institution that humans have ever devised, the goal of all social evolution. But the true bear—not the temporary cyclical bear, but the temperamental permabear—always expects all kinds of disasters: inflation, deflation, boom, collapse, in turn or in various strange combinations. Whatever seems a plausible reason for a sharp and sustained drop in security prices will do. Aside from a few catastrophist Trotskyist sects, Wall Street bears are virtually the only people in America who have faith in an imminent labor uprising.

Though stockbrokers can often be giddily optimistic, a sizeable portion of Wall Street, especially those around the bond market, are staunch partisans of gloom, if not outright doom. Gloom is as much a part of the bond broker’s sales effort as optimism is of the stockbroker’s. Bond investors love sluggish economies and servile workers; anything that threatens these two factors, like strong growth and tight labor markets, is regarded with alarm. So it’s not surprising that the overall culture of rentiers and traders is often gloomy, even sadistic. Daily newspapers have so absorbed this worldview that drops in unemployment are described as “alarming” (the New York Times), and a low rate of unemployment something against which experts “warn” (Washington Post).

Since stocks rarely do well if the bond market isn’t, mainstream Wall Street wants a happy bond market. So if selling securities is your business, then you don’t want to have economists forecasting strong economic growth. This made for trouble in 1993–1997, when the U.S. economy often showed far stronger growth than Wall Street predicted or wanted. One economist who was rightly forecasting growth above the Wall Street consensus in 1993 and 1994 was called in by his boss and told to mark down his numbers. Meanwhile, Ed Hyman, Wall Street’s favorite economist (according to the Institutional Investor poll, which he won for about a dozen straight years), predicted all sorts of slowdowns that never materialized. By coincidence, in addition to sending out his own commentaries and forecasts, Hyman also sells bonds and manages a large bond portfolio.

That’s just one of the unpleasantries of life.

Most of the time, these hacks are rarely called to account for their bad forecasts. A rare and delicious moment, however, came in late 1994. Every January, the Wall Street Journal does a roundup of predictions for the coming year. One of the most prominent gloomsters on the Street, Phil Braverman, had predicted that 1994 would be a year of a torpid economy, meaning lower interest rates and an indulgent federal Reserve. Instead, the economy proved strong (strong, that is, by the standards of the last 20 years, not those of Golden Age America or East Asia today) and the Fed tightened six times during the year. Asked to explain what went wrong, Braverman replied that he hadn’t made the mistake, the Fed did.

The most intriguing form of bear is the one gunning for a generalized financial collapse. Many, if not most, permabears hew to some brand of right-wing political economy, and blame the always-imminent disaster on various statist perversions of The Free Market. (Their notion of a pure stateless urmarket is, of course, complete fantasy; it’s always taken powerful states to create markets and keep them from spinning out of control). Some are “Austrians”—followers Hayek and von Mises, who hold, among other things, that the ceaseless extension of credit, supported by indulgent central banks, leads to vertiginous booms and punishing busts. Central banks are, of course, institutions of the hated state, which prevents the body economic from undergoing a ritual depressive purge every 10 or 20 years. Sure, such a purge would bankrupt millions and drive the unemployment rate up toward 20 percent, but that’s just one of the unpleasantries of life. If you don’t let the purifying ritual its purgative work now and then, the consequences will be even worse the inevitable crash that never seems to arrive.

Probably the most entertaining bears are the lunatics who inhabit the edges of respectability. One of the looniest such outposts is the newsletter Strategic Investment, edited by James Dale Davidson and Lord William Rees-Mogg. Davidson, who also runs a loopy anti-tax foundation, is constantly scouring the globe for a retreat in case of global meltdown; right now, his favorite potential retreat is one in the “delightful green hills” of New Zealand. Meanwhile, virtually every issue includes a dispatch from house stock market pundit Michael Belkin declaring the great bull market of the 1980s and 1990s to be already over. Every additional 1000 points tacked onto the Dow simply serves as further confirmation of the crash’s imminence. In his more fevered moments, Belkin circulates tales of the Fed’s “safe houses” from which Alan Greenspan’s agents buy stock index futures to boost the market whenever it sags.

Wall Street is supposed to be a place of great sophistication. In one sense this reputation is deserved; it takes a certain degree of imagination and technical skill to devise instruments like inverse floaters, poison put bonds, and remarketed reset notes. But when it comes to political and economic analysis, denizens of the Street are as crude as any barroom philosopher. All of which might be overlooked if Wall Street’s bears came up with better investing advice or pleaded allegiance to higher truths. Unfortunately, they live in a world that knows no higher truth than statements of profit and loss.

The Dustbin of Theory

Every age produces its own characteristic interpretation of history, and it seems entirely appropriate that. . .

Burn together for the full experience.

Is Patriarchy Too Big to Fail?

On the trials of Trump and Weinstein.