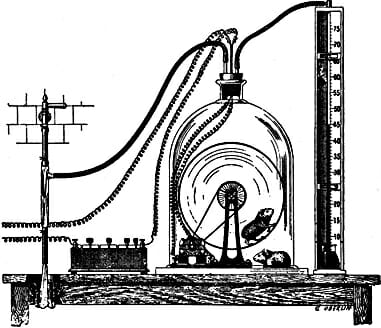 I don’t know why, but the rules of market-oriented literary culture remind me of good old socialist realism. I admit that my head’s a bit muddled from the trauma known as Eastern Europe, but that’s what I think. I also admit that I travel too much—here, there, back again—so I see things all mixed up. And maybe it’s just nostalgia. But isn’t that understandable? My entire country has been destroyed by murderers and criminals, my libraries have been burned by thugs. Surely I have a right to nostalgia, at least.

Today there is hardly anyone who knows what socialist realism is. East European artists have an allergic reaction to it. For the last fifty years East European artists have developed elaborate strategies of subversion, and have given socialist realism such a hammering that they have killed it stone dead. They were so bloodthirsty that they erased all trace of it. That’s why no one can explain what the socialist realist scourge was anymore. For Westerners, and more surprisingly also for Easterners, the idea of socialist realism has been sealed in its monumental icon: Mukhina’s Worker and Collective Farm Girl (Rabochy i kolhoznitsa) monument, which also appears as the logo for movies produced by Mosfilm. And, of course, in the figure of the hypothetical father of the term itself, Joseph Vissarionovich Stalin.

A brief recap. Socialist realism demands from the artist the truthful, historically concrete depiction of reality in its revolutionary development. That truthfulness and historical concreteness of the artistic depiction of reality must be combined with the task of ideologically remolding and educating the working people in the spirit of socialism. Socialist realist literature must be accessible to the broad mass of readers. This fundamental didactic demand produces a novel structured around the struggle of positive and negative heroes (Superman vs. Lex Luthor!), and various types of novels: the “production novel,” the “pedagogical novel,” and so on.

To be successful, market literature must be didactic. Hence the enormous number of books with the word “How” in their titles.

If we ignore its victims for a moment, then we can say that the art of socialist realism was a happy art, even when it dealt with darker themes. My personal favorite is the “disability” theme, introduced by Nikolai Ostrovsky in his novel How the Steel Was Tempered, which is considered to be an official cornerstone of socialist realist literature. Ostrovsky’s novel is a story about a war invalid, a blind man, a positive hero who in the end overcomes everything. The Yugoslav film Just People also used this theme. The main characters are a man and a woman: an engineer with a missing leg (a former partisan, a war invalid) and a young, blind doctor. They fall in love. They spend days working hard, he to build the society of the future, she in her hospital. They often go skiing together: the engineer skis on one leg, the doctor by memory. The doctor subjects herself to a risky operation, after which her sight is restored. I shall never erase from my heart the magnificent happy ending, when the limping engineer and the formerly blind woman meet on a mighty socialist dam. Their kiss, accompanied by the mighty roar of the water and the ecstatic applause of the workers, will remain in my cultural memory forever.

The art of socialist realism was not only happy, but also sexy. Nowhere have so many muscular and healthy bodies been put on display, so many entwined haymakers and tractor drivers, workers and peasants, strong men and women. Nowhere, to put it in contemporary terms, were so many Arnold Schwarzeneggers, Roseanne Barrs, and Sylvester Stallones joined into one, powerful body. Socialist realism was an optimistic and joyful art. Nowhere else was there so much faith in a bright future and the definitive victory of good over evil.

Nowhere except in market-oriented culture. Most of today’s literary production bases its success on the simple socialist-realist idea of progress. Bookstore counters are heaped with books that contain one single idea: how to overcome personal disability, how to improve one’s own situation. Books about blind people regaining their sight, fat people becoming thin, sick people recovering, poor people becoming rich, mutes speaking, alcoholics sobering up, unbelievers discovering faith, the unfortunate becoming lucky. All these books infect the reading public with the virus of belief in a bright personal future. And a bright personal future is at the same time a bright collective future, as Oprah Winfrey unambiguously suggests to her impressive world audience.

To be successful, market literature must be didactic. Hence the enormous number of books with the word “How” in their titles. How to this and How to that—How the Steel Was Tempered. The American best-seller How Stella Got Her Groove Back has roughly the same healing effect on the American Black oppressed female proletariat as Maxim Gorky’s novel Mother once had on its readership. Contemporary market literature is realistic, optimistic, joyful, sexy, explicitly or implicitly didactic, and intended for the broad reading masses. As such, it ideologically remolds and educates the working people in the spirit of personal victory, the victory of some good over some evil. It is socialist realist.

Some seventy years have passed since the birth of socialist realism. East European writers are the ones who lost out in this story—they’re the ones I am sorry for—because they lacked the self-confidence to stand up for their own art, and threw the old, hard-working socialist realist writers in the trash without learning from them the skills they need in the literary marketplace. They battered their child to death.