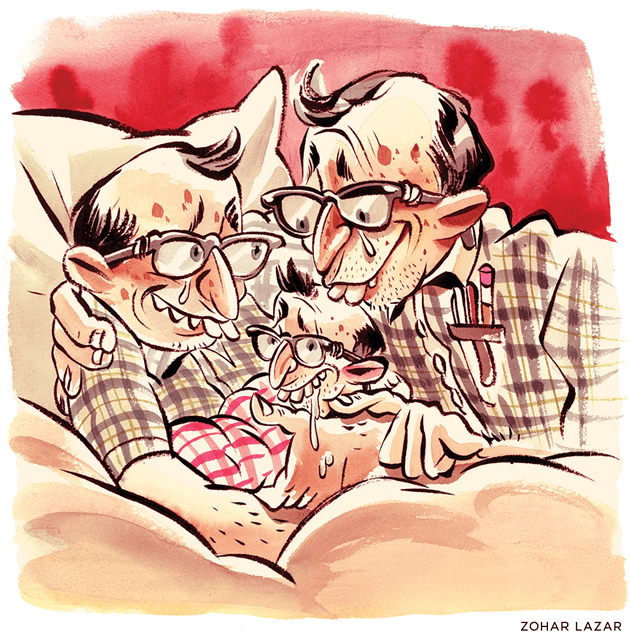 Silicon Valley is not an entirely new phenomenon. What’s new is the rise of a sterile nerdiness as a dominant personality. It’s almost an eschatology: the world is a giant program that we’re optimizing, and we’ll make ourselves obsolete as part of that—the grand project of the singularity. You did hear some fairly nutty thoughts from Thomas Edison, Nikola Tesla, people like that. But this sort of stuff has a knife-edge nerdiness to it that’s new, and it’s distinguished not so much by what it thinks of itself as by its success in imposing its pattern on everyone else.

When was the birth of the nerd? One possible marker is Isaac Newton, who thought that if you could calculate you were better than other people. The nerd personality comes into its own with the arrival of computers, though there was definitely a superiority complex among rocket engineers and physicists. One of the things people used to say when Albert Einstein’s work first became known was, “Ooh, only six people in the world understand relativity. It’s so esoteric.” (If you talk to a physicist, the right answer is that there are zero people who understand it.)

MIT was the first place there was really a nerd culture, where you could have a whole building of nerds. I remember in the 1970s it still felt like you were in the middle of Gravity’s Rainbow or something. There was this dark, dank, World War II, hollowed-out, bombed-out feeling in the buildings. It was like encountering the ruins of a great military encampment—all those old buildings, everything stained.

What I’m seeing right now is people choosing to be the same rather than different. In terms of nationalities and ethnicities, Silicon Valley is more diverse than it was thirty years ago, but cognitively it’s much more homogenous. Everybody has the same nerd personality. It wasn’t like that back in the 1970s and 1980s. It’s become a dominant style of thinking on campuses too—there will be large classes where every kid is kind of the same.

Some New Age people say to me, “Oh, you are so right, we don’t understand anything.” But that’s wrong too. We do understand some things. Science and technology are real. But our understanding is like an unfolding wave that also illuminates new areas we don’t understand. The idea that all that’s left are details to be filled in, that the computational worldview is complete, that the manifest destiny of optimizing the universe is our final project—that sort of feeling really shuts down creativity. How can you be creative if you believe that all the fundamental lines of inquiry are already established?

To defend mystery is not to demand that everything be mysterious or that no mystery ever be solved. When I talk to young people with startups, they are not saying, “We’re going to do this thing and we just have a feeling it’s important, we have a feeling it will matter to people, but we don’t know why or how.” Instead, they have this airtight worldview, as though what they’re doing is dictated by the zeitgeist. But in order to have culture, there has to be some little bubble that’s not meshed with everything else, within which something can brew. And you don’t get that when your startup is routed through a giant computer.

Every area of life can have its own startup, of course, but most of them today try to do the same few things. We’ll put sensors in snow cones, aggregate all the data, optimize, and then we’ll know everything about who prefers what kind of snow cone, and we’ll correlate that with their health prospects and their career prospects, and then we’ll sell that data! Fine, I think sensors in snow cones could be great, for public health or whatever. The problem is that all the startup nerds think the same way. It’s this all-inclusive model of what will happen when we optimize within the boundary—but the boundary itself isn’t mysterious, isn’t fuzzy.

We have the appearance of diversity everywhere in the digital universe these days. In practice, there’s less diversity than ever.