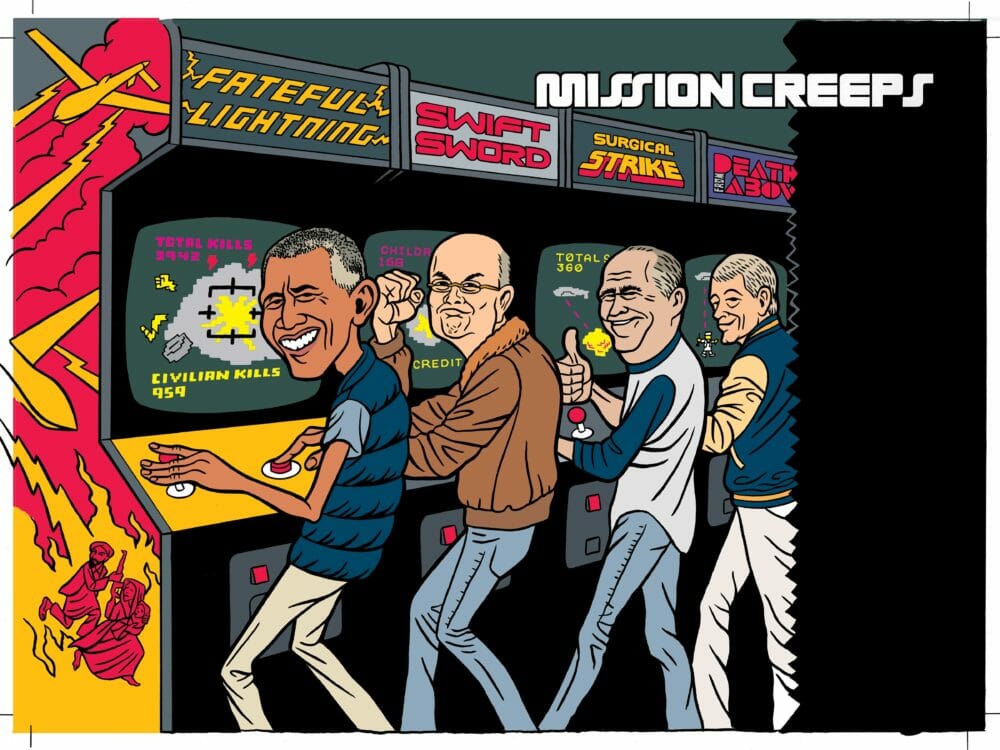 1:06 (Pilot): JAG25/ KIRK97, your comms are weak and extremely broken, uh, understand we are still looking for PID. We are still eyes on the east side working on PID. We have possible weapons but no PID yet, we’ll keep you updated.

1:07 (Sensor): Send me a (expletive deleted) still. I don’t think they have kids out at this hour, I know they’re shady but come on.

1:07 (Sensor): Well, maybe a teenager, but I haven’t seen anything that looked that short. Granted, they’re all grouped up here, but—

This text is taken from the official U.S. Air Force transcript of a February 21, 2010, drone attack in Afghanistan, later published in the Los Angeles Times.