At the Kay Bailey Hutchison Convention Center last week I stood in one place for an hour watching a line of thousands inch along, quietly, cheerfully. They had come to see the president, the vice president, to see guns and lovers of guns, to see each other. I had come—just another dude who had grown up gay on a Pentecostal compound in Oklahoma—to the NRA convention in Dallas for other reasons.

It was my intention to not take a side in the two-sides bullshit that too many journalists and our own beloved president use to explain that surely there must be “good guys” among the bad, among the white supremacists in Charlottesville, the men — and yes, they were men — who chanted “fuck you, faggots.” Among the Confederate flag flyers, among the “build the wall” chanters, the Blue Lives Matter protesters, the incels, the people who put an open racist in office. They were here.

But when you’re suited up in the uniform of evangelical Christian hetero white supremacist it doesn’t matter what is or is not in your heart. You are actively building a kingdom on the blood and bones of others. While in that uniform, there is little about the work that can be called good.

I saw young boys performing their masculinity, demanding respect, ready to shoot; men in black T-shirts with tough slogans and badass logos; I saw a wife, a mother, perturbed by her husband’s dalliance with the Camouflage Barbies at the Bass Pro Shop booth. I saw a girl playing a violin—sweetly, proficiently. “Amazing Grace,” over and over again. She smiled each time someone bent down to drop money in her violin case.

I saw a young man kick off the annual NRA Prayer Breakfast. Landon Dalton belongs to the shooting team at Liberty University. He is enrolled in Liberty’s automotive program and he wants to be in the business, just like his daddy, when he graduates. He’s never lived outside Lynchburg. He likes to shoot. He opened his speech with, “I want to share with you a few constants that have always been in my life: faith and firearms.”

I said to myself as I watched Mike Pence address the auditorium crowd, OK. You grew up with these people. Mike Pence could have been your Sunday school teacher. You’re ten years old. You’re back on the compound. Your parents brought you here and you’re surrounded by friends. What do you feel? Reader: I felt great. Mike Pence knocked it out of the park. His face was just leathery enough to evoke a cousin of John Wayne’s and his gruff, perfect sad dad face made me feel: he’s got this. He knows. I was ten years old and Mike Pence made me feel pretty fucking safe.

By the time Trump came on stage, I was sitting in the nose bleeds where other journalists feared to tread. There was Trump, as usual, talking about “fake news CNN” and there was me, my press badge hanging out like a siren. I’d wanted, for a couple years now, to hear Donald Trump speak. I’d wanted to know: is it magic? Will I feel it? I didn’t.

But the crowd felt it so hard they were all of them —every man, woman, and child in the audience —ready to rub themselves all over him. One woman couldn’t contain herself, shouting “I LOVE YOU!” in the middle of his speech. Trump stopped. He looked at us all, like, can you believe this shit? Then: “Honey, I love you, too!”

“87,154 patriots and 800+ exhibitors came together for the biggest Annual Meeting yet, featuring a jam-packed schedule of seminars, workshops, special events, and more!” —the NRA website

Finally, after a short speech, and while he still stood at the podium, beaming, that song came on. You know the one. That Rolling Stones song that after two years has everybody trying to figure out why he plays it. Why would he not? Listen to the first two minutes on high volume. Imagine you’re standing in front of an audience who believes you are the Son of God incarnate. Angels, almost unintelligible at first, begin to sing. Then: “You can’t always get what you want, but if you try sometime, well you might find, you get what you need.” And then: a slow, mournful guitar. A funeral scene. It’s the last days. It’s a new era. Whatever pain you felt, well get over it. It’s not that your pain will go away. It’s that it doesn’t matter anymore. You’re going to keep hurting — a lot! — but it doesn’t matter anymore. Your pain is what you needed all along. Trump will make us all hurt, and he’ll laugh while he does it, and we’re in on the joke.

I felt sick to my stomach all weekend. I couldn’t eat on Saturday and then when I finally did, I ate too much. I took in what I saw. I thought, they’re telling us all, plain as day: this is a show of strength, a mobilization. They want us to know they’re coming for us all.

And yet, when the Star Spangled Banner played on Sunday morning, when every NRA member stopped in their tracks to put their right hands on their hearts,  I felt it, that whatever it is you feel when your country is calling out to god. Some of us are calling out for revenge. Some for respect.

Randy R. Potts's work focuses on portraits of minority communities in conservative areas: conflicts over the place of faith, guns, race, and orientation. He currently teaches high school English to immigrants and refugees at a public school in Dallas. 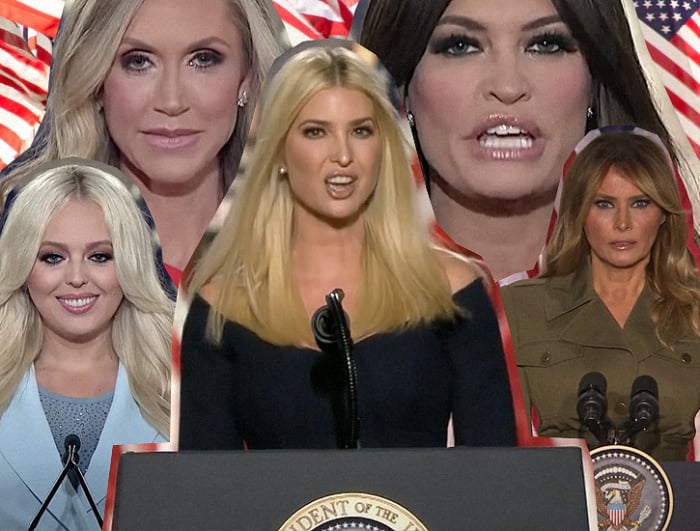 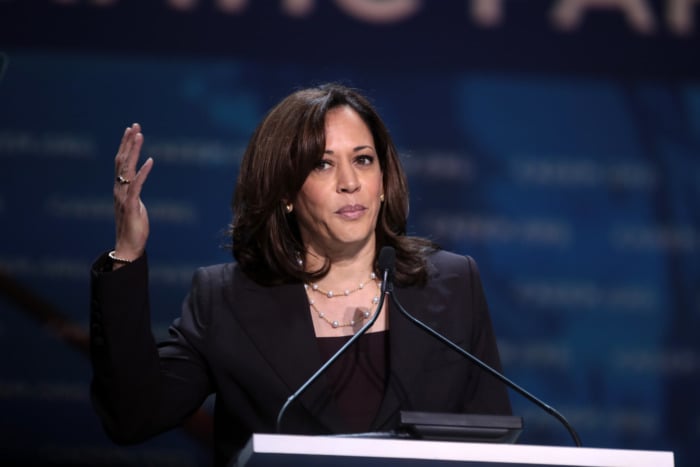 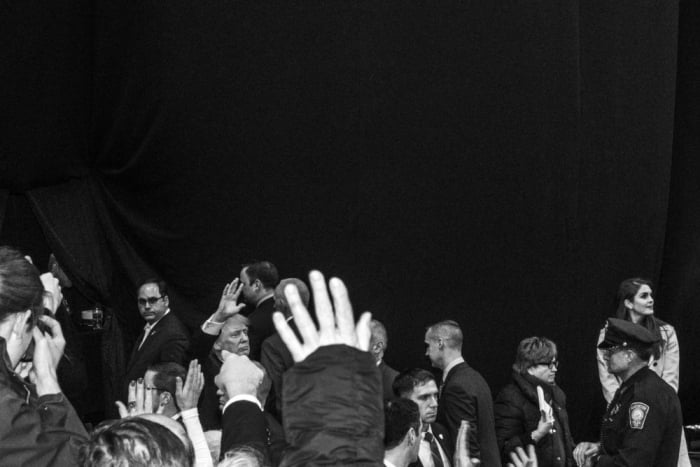