Somewhere over the last decade, Ricky Gervais lost it. His nosedive is fairly puzzling: in just a few years, the man who inaugurated a new era of TV with The Office went from one of the most original voices in comedy to a complete gasbag. His stand-up comedy is excruciating, his movies are instantly forgettable, and his smug, dorm-room atheism makes any self-respecting unbeliever want to convert to Wahhabi Islam just as a personal fuck you.

In short—to paraphrase a bit of dialogue from one of his contemporaries, Armando Iannucci—Gervais has gone from the guy everyone loves to hate to the guy everyone just hates. From Simon Cowell to Piers Morgan.

Now that Gervais’s latest Netflix special Humanity has landed with a thud, prompting him to melt down over his online critics, it might be time to ask: What went wrong for Britain’s self-appointed bad boy of comedy? Was this inevitable? Are all comedians destined to turn from comic to crank? And was Gervais ever even that funny in the first place?

The answer to that last question, which will lead us to the others, is a solid yes. Way back in 2001, with his sweet, gangly co-writer and co-director Stephen Merchant, Gervais crafted a perfect sitcom in The Office. There is a strong argument that it’s one of the best shows of all time. As writers, Gervais and Merchant distilled the life-sucking absurdity of dead-end jobs (during an employee review: “Under weaknesses, you’ve put ‘eczema’”), hamfisted liberal tolerance (“I don’t care if you’re black, brown, yellow—Orientals make very good workers, for example”), and, most of all, the tyranny of a boss who thinks he’s your friend (“You will never have another boss like me, someone who’s basically a chilled-out entertainer”). It all holds up. 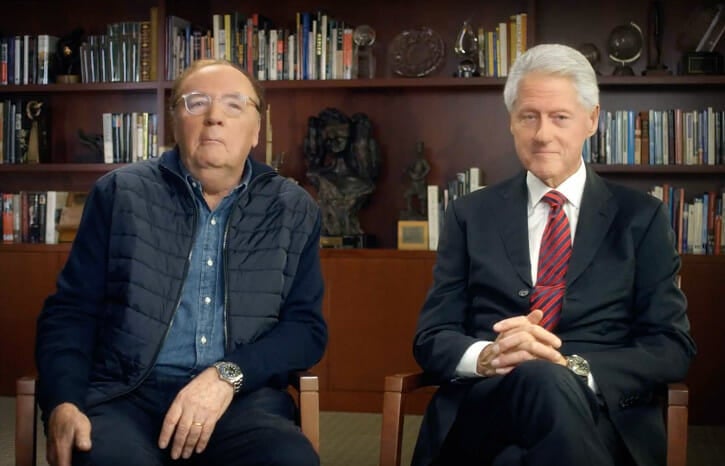 As an actor, too, Gervais turned in one of the great comic performances. Off-camera, he was self-effacing and never took himself too seriously. Significantly, he was already in his early forties at the time, with only a couple UK chat-show credits to his name. Suddenly, after living most of his life as a poor, chubby, “pug-nosed” nobody, Gervais was about to catapult to worldwide fame, voice-over deals, corporate events and, of course, millions upon millions of dollars.

Even then, however, his weak spot was clear. Gervais’s stand-up comedy, which he had flirted with in the nineties before he got famous, was accurately panned from the get go in 2003. Meandering and uninspired, it was warmed-over Stewart Lee and Eddie Izzard; he clowned on the Bible, listed kooky animal facts, and generally regurgitated material from his much funnier radio shows and podcasts. From 2003’s Animals to 2004’s Politics to 2007’s Fame, this was amateur hour. But who could blame the guy for trying to have it all? By this point, Gervais was probably getting used to being called a “genius.”

It was only after his and Merchant’s decent 2005 follow-up, Extras—in which Gervais ominously played a man whose soul is poisoned by fame—that things started to unravel.

In 2006, Gervais produced a key but underappreciated series of Channel 4 specials called Ricky Gervais Meets . . . where he interviewed his comic influences, talked about his career, and spliced in clips from his own shows. It was an endeavor now commonly referred to as a self-suck. It was the first time he really betrayed his ballooning self-regard. It also smacked of a weird desperation to be seen chatting with his idols, to be respected even more than he already was.

He did one with Larry David and one with Christopher Guest. They are boring and indulgent. Don’t bother watching them. However, the final one featuring the late Garry Shandling is revealing.

“The Shandling experience put him off for good,” said one source at the time. It’s easy to figure out why: Shandling—the creator and star of The Larry Sanders Show and the biggest influence on Gervais’s entire style—relentlessly fucked with him throughout the entire interview, and that’s leaving out whatever humiliation Gervais had cut. After a virtually uninterrupted period of acclaim, the king of cringe-humor found himself getting curb-stomped, by his own hero, on a TV event he himself had commissioned.

Coincidence or not, all evidence suggests that it was around this time Gervais completely ran out of ideas and became what the British call a massive twat. Maybe it was from being dommed by Garry Shandling. Maybe Gervais thought his witty self-deprecation in Extras earned him the right to step out a bit. Maybe he convinced himself he was playing a character. In every event, as one of his own characters in Extras says, paraphrasing Updike, “fame is a mask that eats into the face.”

After dropping some weight, doing an unintentionally hilarious atheism-themed photoshoot, filming another weird, meet-my-heroes special called Talking Funny, and making a string of films that no one really enjoyed (Ghost Town, The Invention of Lying, Cemetery Junction, Special Correspondents), Gervais’s only real claim on the public’s attention in the past ten years has been his epic, renegade, no-holds-barred Golden Globes roast-a-thon. It was so incendiary, so dangerous, and so offensive to the snowflake Hollywood celebs that the victims of this massacre invited him back three times. His mojo finally restored, Gervais took on the mantle of showbiz truth-teller and said things we were all thinking, like that Kim Kardashian is too famous and that Robert Downey Jr. did drugs in the mid- to late-’90s.

That about brings us up to date. From this point on, Gervais would abandon satire and storytelling and instead adopt a new comedic style of being incredibly logged-on and tweeting “Have I offended you? Do you find me offensive?” next to professionally shot photos of himself laughing. It is, in fact, a long way down from the brilliant work that made him famous.

Meanwhile, his previously neglected contemporaries have all risen up: Iannucci conquered America with Veep, Steve Coogan got an Oscar nomination for writing Philomena, and Chris Morris made the best comedy in twenty years with Four Lions. Perhaps without the curse of peaking early, perhaps by being told “no” once or twice in the past decade, they’ve avoided the descent into hubris. They’ve certainly achieved the status of respected auteur that Gervais took for granted long ago.

Meanwhile, Gervais has morphed into something like the British Carlos Mencia: an irrelevant and mediocre public persona who deludes himself that his shabby material is simply too real for the haters to enjoy. (Of course, if he really wanted to offend audiences in 2018, Gervais would immediately convert to evangelical Christianity, mock the theory of evolution, and preach Original Sin. The Madison Square Garden crowd would shit themselves in horror.)

It’s true that people online, and I’m sure some offline, are currently offended by an extended and belabored stretch of his new standup where he mocks Caitlyn Jenner, gratuitously refers to her old identity, and does a bit about how he’s decided to “transition” to being a chimp. Whether or not you subscribe to the idea that comedy should categorically never “punch down” (I don’t), we can all agree that this material is objectively for idiots and people over fifty who think it’s daring and brave to flout “political correctness.”

This role of pedantic free speech-warrior is where most comedians end up once they run out of steam but retain a platform. Indeed Gervais, with all the composure of an obsessive Reddit guy or InfoWars crank, would probably submit that you, me, and anyone else who does not lavish praise on his wispy portfolio since Extras, are—that’s right—too easily offended. He would insist, actually, that he doesn’t even care about the backlash and finds it funny, and conclude with an unattributed quote he found on Goodreads that says something moronic like, “free speech is like oxygen—you don’t need it until you don’t have it.”

If this is the terminus of his career, Ricky Gervais is in trouble. His problem is not that he is wildly offensive, it’s that he’s wildly defensive, angrily tweeting at every stranger with under 180 followers, inexplicably blocking them, and then doing an entire hour of stand-up explaining this neurosis. His case certainly supports the theory that comedians must hate themselves a fair amount to keep their edge and substance. His overnight fame wiped out that self-loathing spark.

There’s even a chance he occasionally remembers a particular moment from that disastrous interview with Shandling, back in the good old days when Gervais was still fat and funny. At one point, dropping all irony, his hero leans forward and tells him: “The second you think you’ve got it, as a person, as an actor, as a comedian, and you think, ‘Ah, I know what to do’—you’ve lost it.”

Ricky Gervais has lost it. Sorry if this offends.

Brendan James is a writer, musician, and co-author of The Chapo Guide To Revolution. 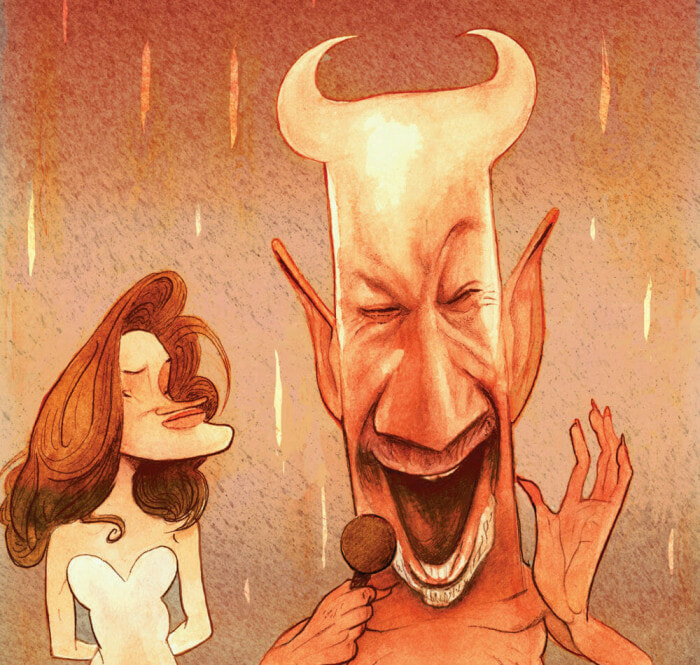 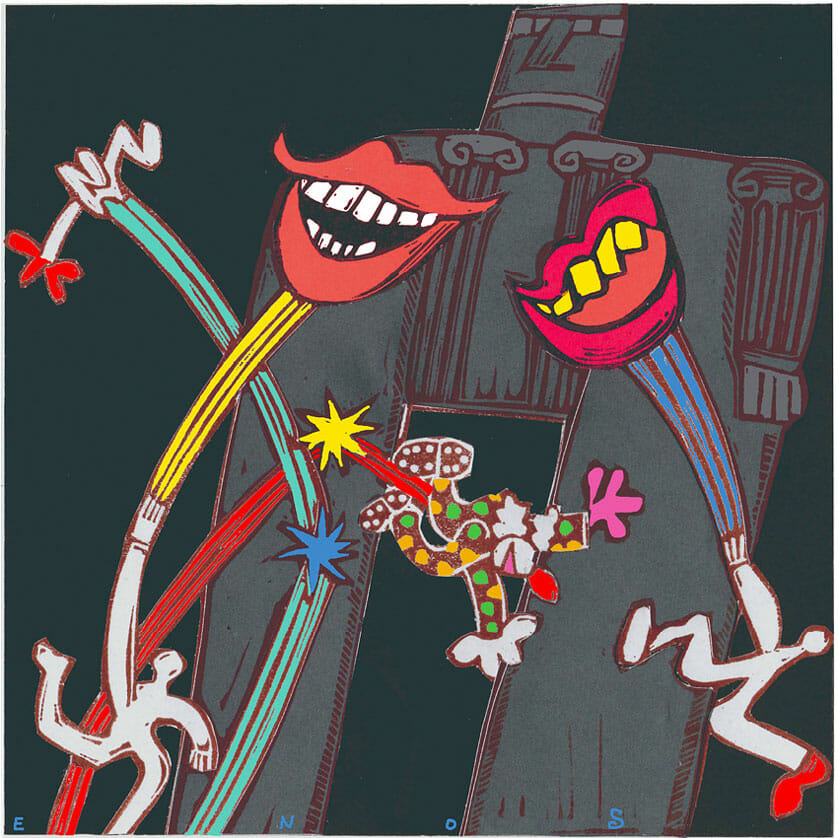 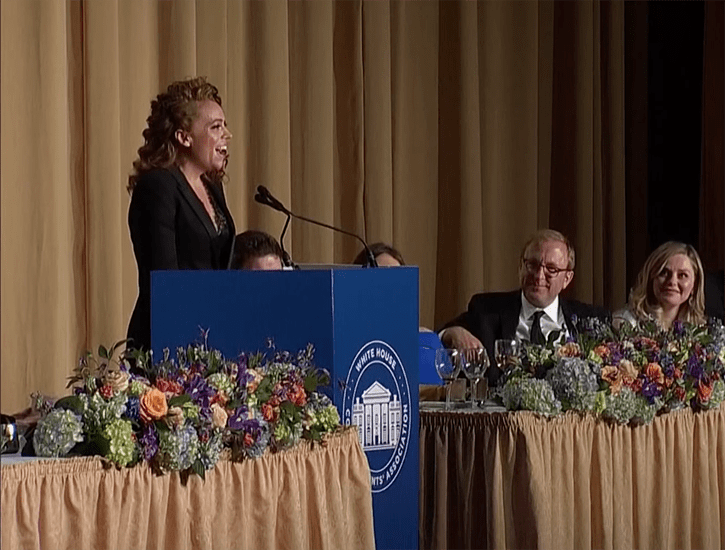