Don’t get me wrong. Most of Athens is fairly clean. The subway stations are spotless. Trash is picked up and the streets are swept.

But then you stumble across something like this: a hallway of the huge, nine-story School of Philosophy building in the University of Athens, littered with trash. About nine months ago, following a dictate from the government—which was itself responding to the demands of the Troika of European commissions and financial institutions—the university dismissed many of the cleaners it employed and reduced the hours of others. The school’s administrators intended to outsource the work, and they put out a call for competitive bids from private cleaning companies.

According to employees at the university I talked to, one company won the bid, and prepared to get to work. But another company, which came in second, sued, and forced work to stop until a civil court decides who actually should win the bid. Or so it seems: in the tenebrous patron-client biosphere of employment in Greece, it is often hard to know who is the cause of a screw-up, and who responsible for getting it fixed. All we know for sure is that the university is filthy.

Trash is not the only problem, either. Many of the university’s facilities are dilapidated. In early February I led a seminar (perhaps ironically on John Foxe’s Book of Martyrs) in a dusty, unkempt classroom where the tiles were dislodged from the floors and left to disintegrate into rubble, and where half the student chairs were falling apart.

The university budget was cut by a whopping 23 percent in 2010, after consultations with the Troika’s accountants, but problems in funding go back a lot longer. For universities, in Greece as elsewhere, are both drivers of national economies and challengers to them. Universities perform a function that modern economic life relies upon–finding, elucidating, preserving, and transmitting knowledge–but in liberal capitalist societies universities may also defy the system of governance that regulates and funds them. Universities cannot be managed solely as profit centers; they cannot always churn out knowledge that is economically useful (since not all knowledge is useful). They seem to exert a drag on the very economies they are supposed to serve.

The University of Athens was founded in 1837, a mere five years after the Greek nation established its independence from the Ottoman Empire. Becoming a modern, independent European nation-state meant propping up its national identity with public institutions, but it also meant living up to international standards by establishing centers of cosmopolitan learning. But it has not been an easy ride for Greek universities; poverty, civil war, foreign invasion, foreign war, government by dictatorship or fractious parliaments, and a high rate of talent-sapping emigration even in periods of prosperity have all followed Greek independence.

Meanwhile, the universities have been crucibles of political activism, with students and faculty contributing to the overthrow of the Junta in 1973-74, and, now, the organized protest that brought the new Syriza Party into power. Until recently, students were allowed to vote on the appointment of key university administrators, and police were banned from entering university premises, even when violence broke out. If the universities have suffered from poor financial support, they have also suffered from ineffectual self-governance.

Into a difficult situation the Troika thus came, declaring, “Cut the budget! Cut the salaries!” As that still wasn’t enough, they came and said, “Fire the administrators! Fire the cleaners! Outsource the essential services, and learn how to do without the inessential.” The result was strikes, a cancelled school term and a disheartened population. The Troika did not realize that in Greece, at least, when you abruptly fire a group of workers, the workers who still have jobs will strike in the streets on the behalf of their colleagues—or that replacing civil servants with contract services will bring not services but legal battles. Privatization makes losers as well as winners, and sometimes the losers strike back.

I asked my students at the University of Athens who and what was to blame for the current crisis. They did not wish to point fingers, they said, so they would not say “who.” But they had plenty of one-word answers as to “what” was to blame: “greed”; “fate”; “capitalism”; “consumerism.” These students are, by the way, as committed, astute, and enthusiastic about their studies as any I have met in Europe. They recognize that something systematic is at fault for the Greek crisis—that not the delinquent behavior of individuals, but the corporate behavior of a society, is in the wrong. They know they themselves are complicit in the crisis.

This kind of thinking seems to be waning in America, but is still very much alive in Europe—the idea that social problems are symptomatic ills, expressing endogenous structural disorders. To solve these problems, radical structural change is required, rather than a swap in personnel or a revision of current policy.

It must be noted, however, that if Slavoj Žižek—a guru to many young Europeans—is correct, the symptoms we find ourselves experiencing are not only something we suffer from and deplore, but also something we need and like. (Enjoy Your Symptom! reads the title of one of his books.) It is very possible the students of the University of Athens love their garbage—it aptly signifies the disharmony of their lives—and so do the European authorities who threw it at them. 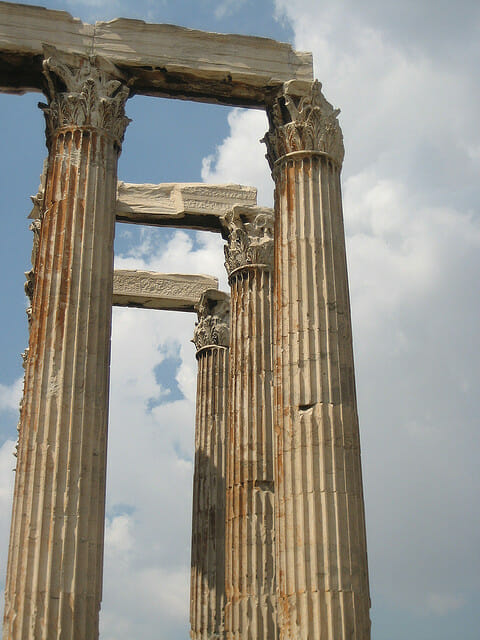 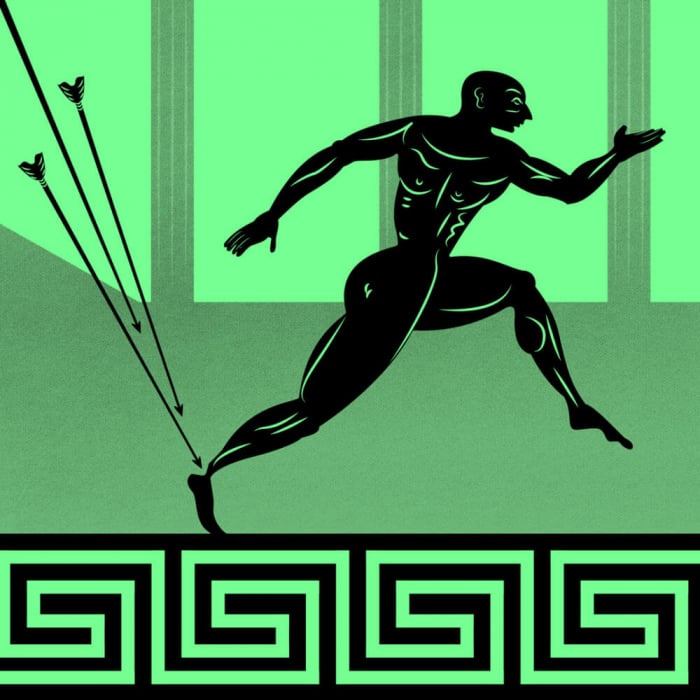 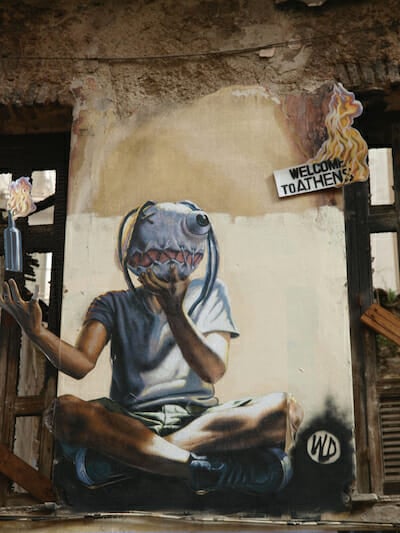