Into this “sex recession” enters Kink. Edited by Garth Greenwell and R.O. Kwon, it features fifteen stories, some previously published and others new, about the range of sexual expression by a “roster of all-star contributors”: Roxane Gay, Chris Kraus, Carmen Maria Machado, and Brandon Taylor, among others. In their introduction, the editors promise to reject ideas of “normalcy” while using kinks and kinky sex—what here amounts to mostly BDSM—to process “trauma” and “joy.” Kink, we are assured, can be “one of the tools we use to make sense of our lives.”

Kink is a bold title, one that, like an essay prompt, establishes simple parameters. The K sounds are hard, they rattle front to back, the I and N bump uglies, but its true audaciousness stems from its dishonesty. The editors’ self-conscious effort to reject normalcy leaves us with the opposite: a gallery of sanitized, atomized sexual acts—uniformly palatable kinks engineered for a mainstream audience. This choice comes at both a political and literary cost, reaffirming rather than dissenting from the artistic and social status quo.

Each editor includes their own story, both previously published. Greenwell’s “Gospodar,” from his khaki-bland collection Cleanness, tells the story of a man who wants to be reduced to “nothing” at the hands of another. In mechanical prose, the narrator details how the dominant partner goes about doing so: desires are a “catalog,” affection is a “compass.” Greenwell’s body of work—his debut novel What Belongs to You and the aforementioned stories—strikes me as a juvenile lament from an older queen who, even in portraying joy, appears grey; reading him is like being cornered in a strobe-lit gay bar by Eeyore. His writing about sex is didactic and technical, his characters merely aphorisms or props. And while his command of the English language can be admired, his self-proclaimed aesthetic ethos, to write something that’s “100 percent pornographic and 100 percent high art,” neglects the necessary irony of the former and the campy gravity of the latter. It’s a bungled attempt at dialectics without correctly identifying the synthesis or the antithesis.

It didn’t take a shrink to guess why she was so shy: what with the nuns, the Catholic boarding schools, the subsequent renunciation of the Catholic schools, the shame, the counteracting feminism, her quasi-Victorian and entirely Korean squeamishness with anything having anything to do with the body, and all this heaped for decade upon decade on top of the great hungry beast of sexual desire.

Each of these wants may explain why a person in “real life” may want to explore kinky sex, but it doesn’t suggest why a character in this short story wants these things and why a reader should care. My conjecture, with this story and the collection overall, is that there exists an a priori contract between the writer and the reader, who wants to relate to a character on an empathetic level and needs to be tethered in that relatability by categorical reasons. That conceit drives the collection, often at the expense of character. It’s notable that Kwon presents characters who seek to address their problems with a purchase: in this case, the services of a person.

The rest of the collection is equally uneven. Alexander Chee’s talents are wasted on a thirteen-page story that clumsily threads the needle between erotica and literary fiction. The presence of a dual perspective story by Callum Angus—which utilizes italics to delineate its speakers, but mostly to remind the reader that this work is in fact Literary—appears to make the argument that sex between gender non-conforming people ought to be catalogued as “kinky.” “Impact Play” by Peter Mountford journeys to a “Kink Fest” and finishes with wistful remembrances of incest with the narrator’s cousin. Machado’s story “The Lost Performance of the High Priestess of the Temple of Horror” contains her usual gory prose, but it heals to purple quickly; similes like a piece of garlic tasting “like a spell” should’ve drawn editorial attention for their literary paucity. “Mirror, Mirror,” “Scissors,” and “Reach” are competent in that they fulfill the prompt: “write a story about kinky sex.”

The two most successful stories are by Brandon Taylor (“Oh Youth”) and Larissa Pham (“Trust”). Each have conscious characters driving the narrative. The sex, of which there is less than in the other stories, results from said characters, not the reverse. Pham positions her subjects out of place, New Yorkers in the Vermont countryside, and enfolds their desire in intimate, affective passages:

She feels delicate and hollowed out, like an empty seashell. The candles are burned through. When she picks them up, she is horrified to see that in the night, several moths flew toward the light of the flames and their bodies are trapped in the molten wax. Some of the moths are big, over an inch long, longer, their wings splayed open like autumn leaves. She shows them to the man, their ruined bodies, trapped in soft, translucent layers of wax. She is worried he is going to put his finger in it, deep into the mess of dead things, but he just takes the metal votives out of her hands and throws them away.

Similarly, Taylor’s piece follows an aspiring black architect named Grisha, who is the third for a wealthy couple. His story pays thoughtful attention to the nature of Grisha’s desires and how those desires affect relationships, thus revealing the political and emotional tensions between the characters. Each character is driven not by a kink but by other ideological and emotive desires: Grisha wants to be a successful architect and knows he has to impress a visiting couple if he is to have a home the following summer as their third; Victor can’t express his desire for Grisha because his existence in their home is a contract with his wife, Enid, who desperately wants this interloper out of their marriage. Taylor, rather than posing the question “what if these characters used whips and chains in this scene?” addresses the much more interesting questions that derive from complex characters: What would a wife do in this scenario? How does race affect these relationships? Why should a reader care how these people fuck?

The other stories, however, address only the prompt “render kink,” which is woefully insufficient to carry a short story. Across the collection, food and hunger are a significant motif, and while that metaphor is tired, it is revealing in this case. Here, desire is “one bite, two,” something that grows “when fed”; sex is like “feeding”; it is “tasty, filling, reliable.” There is “perpetual hunger” and “sexual appetite.” Desire can only be satiated through consumption, in most cases of another person or their services. In these stories, desire and by extension, kink, reflect the myopic views of the editors. The sex here is described as a tool, and we should take the editors literally. With the dearth of consciousness-driven characters, the players in these stories become ideological symbols of that consumption, tools used to portray kink in “the full range” of complexity. They are not Jamesian liberal characters, but, in a sense, distinctly neoliberal variations of the literary fiction hero adrift in a world of consumer goods. Though intimately aware of the neuroses generated by this position, they remain incapable of even contemplating alternatives. This is most prevalent in the story from Chris Kraus, which makes sure to namecheck Foucault, lest we forget him when fornicating.

The editors position themselves as non-ideological curators, striving for “fellowship,” “urgent conversations,” and “investigations richer than etiology.” The work, however, in seeking to engage with sex seriously in literary fiction merely portrays how sex has become a commodity. Reading it thus comes to feel like an act of service, what Elif Batuman called literature as a “Protestant good work.” You read these stories because it is a good thing to do, and the stories are artistically good because they render things that are “subaltern” and “pathologized” familiar to a suburban book club audience. I will take Batuman’s words one step further and suggest that this collection accomplishes the same thing good advertising does. Kink is selling the reader sex. Eschewing ambiguity and complexity, these stories exist to inform the reader of the products on offer in the infinitely permissive sexual marketplace—products the reader may not even have known they desired. Kink takes the languid emotional force of Fifty Shades of Grey and applies Iowa MFA bona fides to give itself the appearance of art. It’s shopping the woke aisles of Target instead of “slumming” it in Walmart.

To some extent, every piece of art is a commodity, but not every piece of art hungers to be sold and honored like this one. This is the bind the writers and editors find themselves in. From conception, the collection is solipsistic, and at the level of craft, the writers rely on their name recognition and past successes to earn praise rather than producing new or interesting literary fiction. Rather than exploring the depths of pleasure, the peaks of violence in sex gone bad, or the wonderful, affective middle ground, Kink reveals and revels in the spiritual limits of neoliberal fiction and its attendant world order. 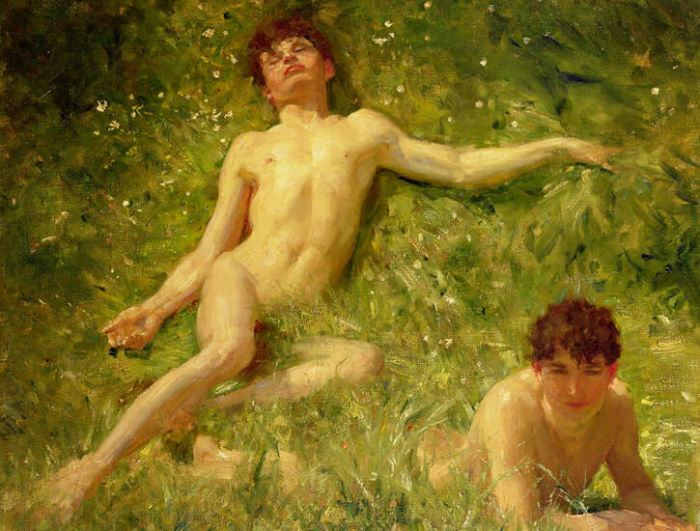 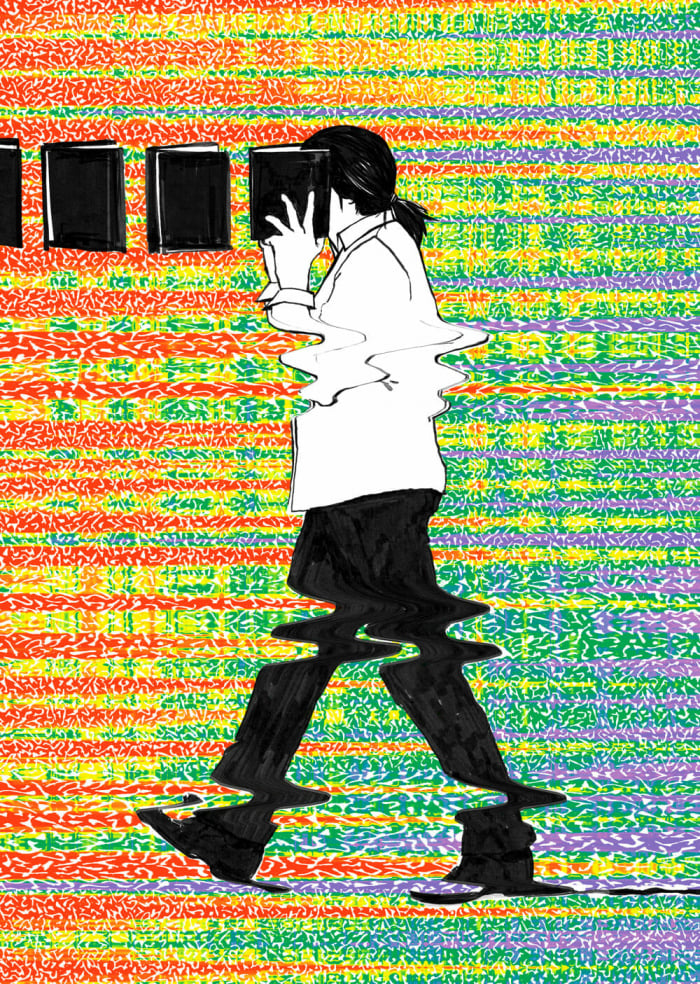 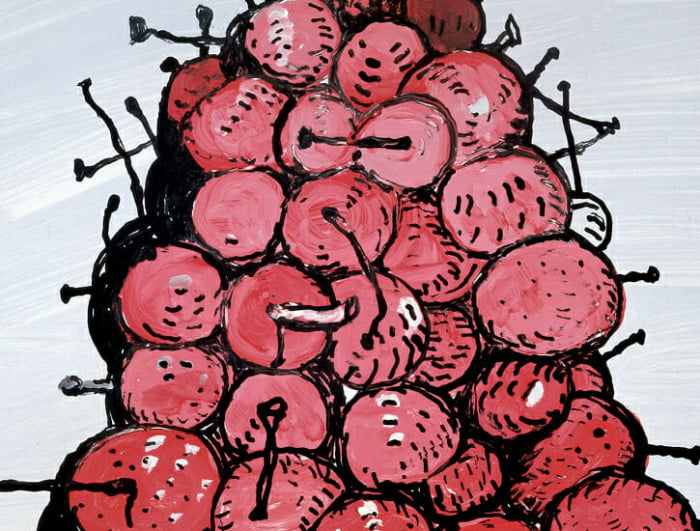