Alice broke my heart at the Waffle House, summer of ‘04.

You can’t, I said. I drove halfway across the county to be with you.

What do you want, she asked. Gas money?

She died in Arizona last year in an experimental plane owned by a billionaire her boyfriend worked for. I hadn’t seen her in years. But her picture on the news turned me on. I remembered how we’d streaked naked through a country music video shoot in Nashville. How she loved The Smiths and whiskey and the sound of midnight storms. Some nights we walked the river’s edge searching for Cherokee arrowheads or buttons from the Civil War. She always joked about what if we found an orphan baby like Moses floating in a basket and I told her we’d raise it. I’d learn to be a man. I’d do what needed to be done.

The night was one of those nights when you feel so far from home.

But it was me who made mistakes. The first being that I read her diary while she showered. I found out she was sleeping with her sculpture professor. She refused to stop modeling. I heard somewhere that love is like falling headfirst down a flight of stairs and I agree with that statement.

I was thinking about Alice the other day. It happened the winter after college. I was living behind the laundromat pretending to write a screenplay about the moon. My house was a green tin building just stable enough to keep the weather out. No working shower. I washed at Alice’s place. We were in that in-between phase. We were broken up, but, you know, some nights we spent the night together. It was a gray weird zone of friendship and lust.

So anyway, I was down at Bummer’s Bar one night having a pitcher of PBR and a cheeseburger with everything on it. Just finished up and was about to have my after-supper Camel Light. A mysterious lady at the other end of the bar was giving me the business. Brunette, on high alert. Looking straight through me. Really giving me the eye. The neon signs made rainbows in the empty bottles and the bartender was my friend. The night was one of those nights when you feel so far from home.

A few minutes later a policeman came into Bummer’s. Walked in with purpose. A real Barney Fife and he goes up to the mysterious lady and she points at me and he comes over and is all like, I need to see you outside. And so I go with Barney Fife out to the dumpsters where it’s colder than a witch’s titty.

Where do you live, he asks me.

I pointed across the street.

Behind the laundry, I said.

Where were you last Sunday night?

He didn’t like that answer, but it was the truth.

I gave him my ID.

That young lady in there, he said. She claims you were hanging on a tree outside her window last Sunday night with your dick out flapping in the wind.

Then I would suggest finding some way of proving that, he said.

My mind was an oil slick. The past was lost in my nightly fog of cheap beer and regret. Could I have done something so craven, I thought. Was I in some drunken lust-filled fugue state? Then I remembered I was with Alice.

I was with my girlfriend, I said. Ex-girlfriend. Alice.

Why don’t you give me her information, he said. I’ll need to talk to her.

I rattled off her phone number. He gave me my ID back and looked me in the eye for a long time.

I asked the bartender about you, he said. She teaches my kids guitar so I trust her. She claims you’re good people. That’s the only reason you’re going home tonight. But don’t leave town.

He really said that. Just like in the movies.

The week before, I’d started seeing a girl named Nancy from Kentucky. She was a freshman at college. Wanted to be a journalist like Joan Didion. A real muckraker. She did long terrifying swims in wild oceans. Trained for them. Places like the English Channel and Bermuda. There were pictures of her in wetsuits around her room. I left Bummer’s and drove to her. I felt like a loser drinking in a dorm room again. We were actually doing nothing. Maybe about to do something but then her phone rang. She told the person on the other end that she was with me.

My sister wants to talk to you, she said.

Her sister Beth graduated the same year as me.

I hope you’re not doing, Beth said, what I think you’re doing.

What am I doing, I asked.

She doesn’t have the fortitude, Beth said.

The word fortitude nearly put me over the edge.

I’m not sure what you’re talking about, I said.

She hung up. The night crept through the open door. A broken dove danced circles in the moonglow.

I told Nancy I needed to go home but I drove to Alice’s house.

What are you doing here, she asked.

It was late. Maybe midnight. She was topless.

I need to talk to you, I said. It’s important.

Alice looked at me and smiled. It was a smile of unquestionable disgust.

You think I’m stupid, she said. You and Beth’s little sister.

What about her, I asked.

This had the benefit of being true. We had yet to sleep together.

Whatever, Alice said. You’re such a dirty liar.

She got out the whiskey and put on a shirt. We sat on her back porch and let the katydids sing a lonely song. I told her about the cops and the mysterious lady at Bummer’s and the guy hanging from a tree with his dick out in the wind.

I feel like my memories are nothing but cheap souvenirs. But I want to remember what that small mercy felt like.

You’re off the hook, she said. You were here last Sunday.

Just like that she recited the whole day, everything I had forgotten: we’d made love and watched a football game on mute and drank beer until 10 a.m. Drank whiskey and watched a fox in her backyard and she made me stop talking so we could watch it cross the creek. I made steaks for supper. Two bottles of French wine. Built a fire. I hadn’t remembered any of it.

Many years later Alice and I got back together briefly in Prague. I was living in Ireland and surprised her there. She was teaching English to Czech tobacco executives. Her apartment was in an old Soviet-era building. I met her friends, fellow teachers from the states. One was a short guy from Nebraska, unibrow, he’d been sleeping with her. I knew by the way they locked eyes. As if he couldn’t stand the air between them. And then another guy, from Dallas. He was a writer and we talked about art while the guy from Nebraska cornered Alice by the dying jukebox.

I want to stop here and mention this is a story about mercy. People don’t always come out and say what a story is about. But I want to this time. Alice didn’t hold my mistakes against me. She protected me when she didn’t have to. A year after Prague I drove from Asheville all the way to Memphis to make love to her in a Days Inn off I-40. The next morning at the Waffle House she told me it was over for good. She had children and married a successful plumber then got divorced. Started living in Arizona selling essential oils and crashed and died in a rich man’s plane. Sometimes I feel like my memories are nothing but cheap souvenirs. But I want to remember what that small mercy felt like. I wanted to write it out like this. I don’t want to forget.

But also, the other day, I was thinking of that guy from Dallas that I met in Prague. We sat drinking gin gimlets in a subterranean all-night cafe talking about Milton Avery. What a thing to do. I followed him on social media a few years ago. He published a novel. Got married to a girl from Mexico. Had three kids. And then, a few years later, she got cancer and died. It was slow. Took years, and he would post about how hard it was to lose his best friend, the mother of his children. He wasn’t shy about his grief. He told everything. The experimental treatments. The praying. The hope. The failures. The despair. The last months. Weeks. Days. Hours. Minutes. The long quiet after she died. I wanted to put that down in words as well. I don’t know why.

And one last thing. The mysterious lady from the bar. The one who thought I was a flasher. I saw her again. This was after everything was explained. Alice had talked to the cops. They caught the guy who actually did it. I was sitting in a movie theater. I like to go to movies alone. It was a late night showing of It’s a Wonderful Life. The lights came up and I was walking down the aisle to leave and she stopped me.

Hey, she said. I wanted to introduce myself.

I know who you are, I said.

OK, she said. I wanted to say I’m sorry.

She was crying. Maybe it was the movie, or maybe not.

This is weird, she said through her tears. But can I hug you?  I shook my head and walked past her without saying a word. I never thought about her again. Then recently, all these terrible years later, I wished I’d grabbed her. Yelled something into her stupid face, but I kept walking. A thunderhead followed me home.

Michael Bible is the author of the novels Sophia, Empire of Light, and The Ancient Hours. He was born in North Carolina and lives in New York City. 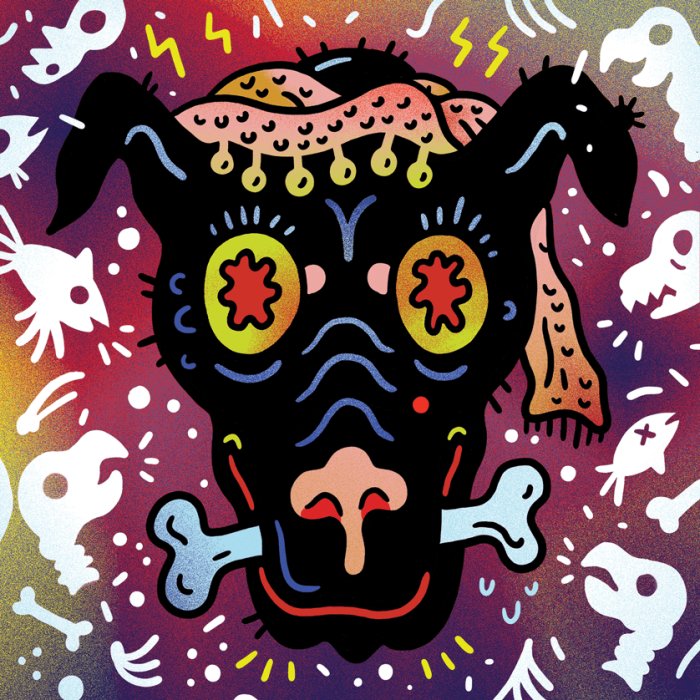 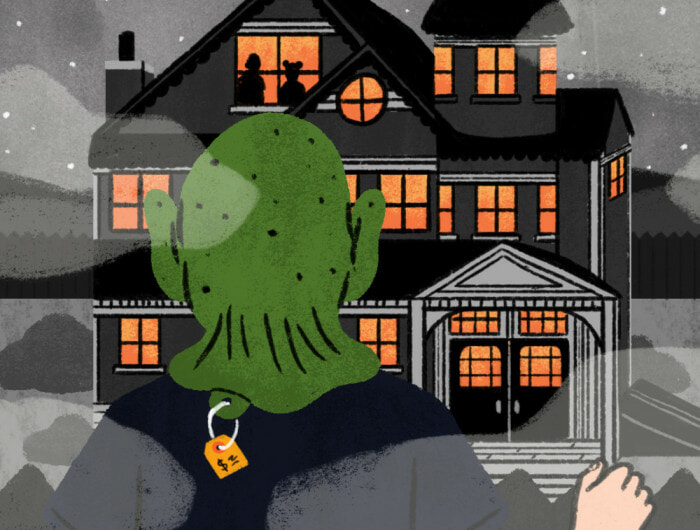