Of the many perplexing moments in Jordan Peele’s jumbled second film, Us, one stands out in particular. A well-to-do black family headed by Adelaide Wilson (Lupita Nyong’o) has had their summer house invaded by another black family dressed in red jumpsuits and armed with golden scissors. The invading family looks just like them, but poorer, rougher, meaner. When the doppelgängers are asked to identify themselves, Red (also played by Lupita Nyong’o), the matriarch of the intruding family, replies, “We’re Americans.” The quip is a punchline and a statement of purpose. Red and her family, members of a subterranean group who refer to themselves as “the Tethered,” have come to claim their birthright. The ensuing horror of the Tethered’s homecoming is clearly meant as an allegory of the violence that built and sustains the United States. We, the film contends, are united—tethered—through bloodlust.

Over the course of the film, that lust gets sated in ways that are highly aestheticized but rarely meaningful or coherent. Peele’s violent Americans commit violent acts in a tedious, empty loop: cutting, stabbing, and stalking (but curiously not shooting) their way across America. The dark side of America’s noble veneer, the Tethered arrive ready to kill, and because they are doubles of every American—including babies?—they are wildly successful. Their goal is to “untether” from their ringers and celebrate their new nation by joining hands, an ode to Hands Across America, that hokey, corporate, charity mega-event that was also a disjointed spectacle.

We, the film contends, are united—tethered—through bloodlust.

Ultimately, Peele’s depiction of violence as a collective impurity rather than specific acts performed in the name of expropriation or entitlement, resources or gain, is itself deeply American—which is to say it’s mythical. Similar to the boilerplate non-apology, “I’m sorry if anyone was offended,” the myth of American original sin is often denial posing as reflection. When it doesn’t point toward specific incidents or casualties, when it allows violence to be recognized but not examined in detail or with nuance, the myth reduces violence to naturalism, landscape—something that happens of its own accord.

Peele knows this, of course. His Americans are mythical, too, their heightened ugliness designed to reflect the exaggerated virtues accorded to this nation despite its long and bleak record of atrocities. “When you have something idyllic and beautiful and sort of perfect, that’s where true horror lies,” Peele has said. But reflecting a distortion just produces more distortion, a problem that other filmmakers have faced in similar attempts to reckon with the American psyche. The Purge (2013), for instance, takes place in a near-future version of the United States where restrictions on crime are lifted once a year for a twelve-hour span, ostensibly to allow anger and aggression to be “purged” from the collective consciousness. The citizens of this parallel United States treat the day like a holiday, buying special bouquets, throwing parties, and thanking the political party that came up with it, the New Founding Fathers of America. The movie shows the ritual to be in part an elaborate excuse for rich people to hunt poor people for sport, but it has little interest in exploring what that means. The clumsy class warfare and exaggerated odes to patriotism are ultimately just staging for a run-of-the-mill survival horror film. When a character asks her husband, “What the hell happened to us, James?” after they’ve tortured a man, there’s no real answer. They’re Americans?

That evasive justification for carnage haunts Quentin Tarantino’s The Hateful Eight (2015) as well. Set in the aftermath of the American Civil War, the movie stages a grisly and seedy parlor mystery around a pending hanging. It excels as a pulpy character study and whodunnit, but its backdrop is a bit of a misdirection. Despite the tense time period and its setting on the desolate Wyoming frontier, the movie has little interest in the source of all its animosity. The film’s loquacious, spiteful characters prod each like bored delinquents in detention, their true motivations overdetermined by an underlying entropy. Personally, I like it! But it’s hard not to dwell on how readymade its themes are, the way in which its bounty hunters and Confederates and thieves have to be tetchy scoundrels. The Hateful Eight explores the ambient paranoia of frontier life without ever addressing the reality of the frontier: the genocidal colonization that gave it the appearance of emptiness, the entitlement that drove Americans to claim it, the Homestead Act’s promises of land and prosperity. Not every movie needs to be a history lesson, but it’s fascinating how often American history is obscured at the same time it’s told. We turn to our origins to understand ourselves, and then rewrite both.

Beyond its vague evocation of America’s history of violence, Us relies on a strange twist that further muddles its imagery. The Tethered turn out to be more than doppelgängers: they are clones of every American who have been forced to pantomime their opposites’ every move for their entire lives. The logistics of this plot detail are virtually nonexistent, but even as a metaphor it’s a baffling conceit. If the Tethered are the oppressed and neglected, the wage workers and homeless, the scapegoats whose misery sustains American dreams, then what about the actual homeless folks and wage workers and scapegoats? Why would the people who know their pain and their struggles most intimately seek to replace them, to murder them in cold blood? What are the Tethered even getting in return?

To answer this question, Peele relies on a second, obvious twist: the revelation that the two characters played by Lupita Nyong’o met and switched places as children. In order for Us to make the case that the Tethered are sympathetic and all Americans equally guilty of their bloodlust, it has to rely on a literalist conceit that downplays the family at the film’s center—and all aspects of identity other than nationality. While Adelaide and her family have a clear stake in the Tethered’s uprising due to Adelaide’s history with Red, it’s strange how much of a foregone conclusion their opposition to each other is. Albeit for different lengths of time, Red and Adelaide have both suffered at the hands of a twisted government experiment. They have both been separated from their families. They are both black women in America, which is generally a raw deal. Besides their personal scorn for each other, what do they really have to fight over? Is their bitterness so all-consuming that nothing else matters? Are they just American? To work, the film has to elude these questions at every turn. Like two mirrors placed face to face, it just reflects, endlessly.

Not every movie needs to be a history lesson, but it’s fascinating how often American history is obscured at the same time it’s told.

Movies with more interesting ideas about American violence tend to set their sights on the specific forms it takes, the needs it fulfills. The Witch (2015), for instance, uses the exile of a family of English settlers to explore the sexism of Puritan Christianity. Alone in the New England wilderness after being expelled from their insular community for religious disagreements, the family is driven mad by infighting and righteous zealotry. As Thomasin (Anya Taylor-Joy), the family’s oldest daughter, becomes the go-to scapegoat for weird happenings around their farm, painted as a witch by her family, she is slowly emboldened to embrace the darkness and secrecy they have projected onto her. The film’s setting is not incidental, but central to its power. The way in which the New England forest threatens to shape Thomasin into something unfamiliar embodies a very American fear of and attraction to the unknown—as does the family’s rugged individualism and its ultimately fatal consequences—but the movie succeeds without being deterministic. While her circumstances are clearly shaped by a particular current of American history, there is no American essence that Thomasin must embrace of expel, no inherent vice that she must struggle against. She goes into the woods and shit gets weird.

Bad Times at the El Royale (2018), another period piece built around odd happenings, takes place on the border of Nevada and California in 1969. In the course of one night, the El Royale, a hotel that straddles the two states’ dividing lines, becomes a battleground for the future of the country. The film gathers a motley crew of Americans and sets up a crossfire between multiple tenuous factions. At the center of their conflict is a sex tape that features an unnamed and recently deceased American martyr, strongly implied to be Martin Luther King, Jr. For the film’s characters, that tape promises riches, chaos, and absolution, all in the most American of ways. But there is no shared original sin binding the El Royale’s residents together, and the movie is better for it. Each character is rendered idiosyncratically and dynamically: a bank robber posing as a priest turns out to be an honest man; a leering FBI agent undercover as a salesman is a bit of a rogue; a young girl who appears to have been kidnapped reveals herself to be a sociopathic cultist. In its various twists and unmaskings, the film is symmetric yet also kaleidoscopic, attuned to how people change in the light of new information. Its vision of America is dark and critical without being static. It’s a movie about what America is and what it could be—for better, for worse, for much worse, for no reason at all. That multiplicity, the endless potential for opportunistic reinvention, is far more exhilarating and scary than bland notions of collective guilt.

Ultimately, Us invokes America as a place but not an experience. For all the intricacy of its plot, the movie has no sense of intimacy. The violence that supposedly unites all Americans is abstract and generic: the film points to no specific victims or perpetrators, no causes or rewards for the violence at its center. America the beautiful is revealed as America the ugly, without ever confronting or defining the contours of that ugliness. The very real genocides, human trafficking, and imperialistic annexations that forged this country are treated like vague curses rather than material acts that scorched the earth and served to prop up a white supremacist order. The Tethered are just empty shadows: there are no classes or hierarchies to Peele’s reversal, no attempt to unpack how “we” understand ourselves through particular relationships to America’s wars and policies. For Peele, there’s just us and them, but we’re all in it together. That’s deep, bro. 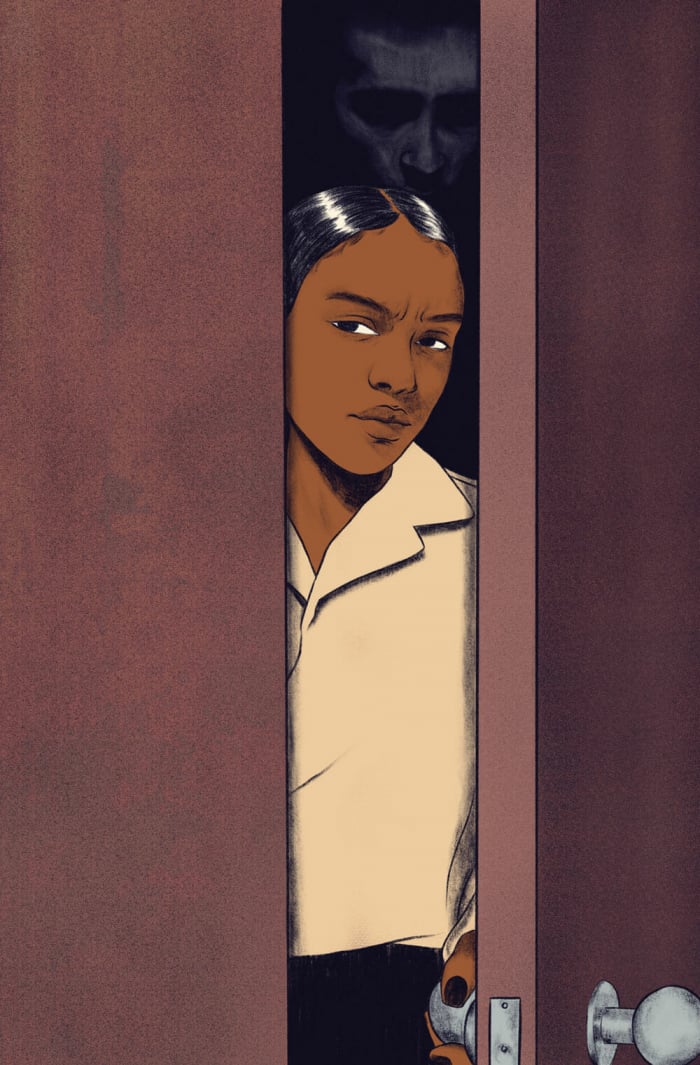 The Women Who Knew Too Much
Niela Orr
Salvos 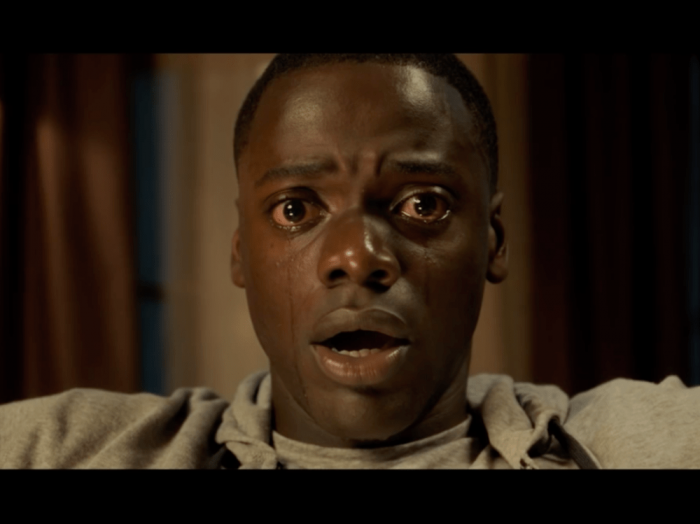 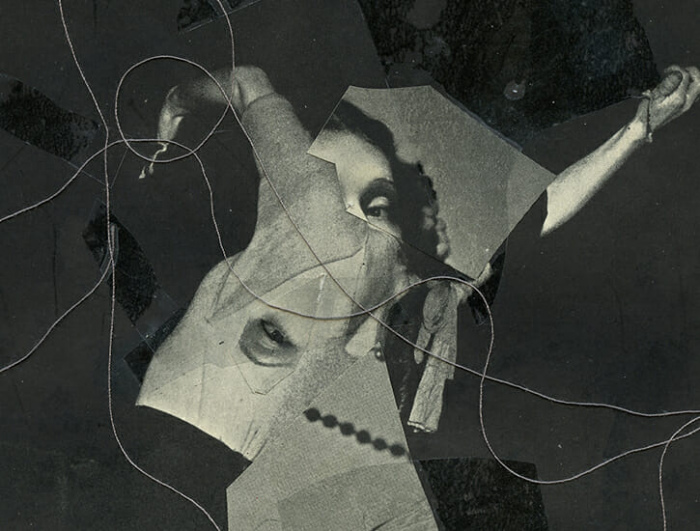