Weeks before Patrick Crusius, the white supremacist terrorist who carried out the massacre in El Paso, entered the Walmart that was to become his killing ground, authorities received a tiny clue of what was to come. In a call to the Allen, Texas, police department, Crusius’s mother said that she was concerned that her twenty-one-year-old son had an “AK” type firearm. Her call ended up being transferred to a public safety officer, who informed her that, per her description of the situation, her son was legally permitted to purchase the weapon. Crusius’s mother did not provide her son’s name, nor did the officer ask for it. The call ended.

On the day of the attack, nineteen minutes before he walked into a Walmart and shot down twenty-two people, Crusius is believed to have posted a white supremacist manifesto on the message board 8chan. It laid out his worries having to do with a Hispanic “invasion,” which he felt is well underway, along with the “great replacement” of white people. He wrote of his opposition to “race mixing.” “If we can get rid of enough people, then our way of life can be more sustainable,” the manifesto asserted.

Witness now to the rapacious cruelty of the carnage in El Paso, one cannot help but wonder how things would have turned out if Crusius’s mother had been listened to with a little more attention, or if some magic algorithm keyed to deter such violence had flagged the 8chan post and initiated law enforcement action in the twenty-or-so minutes before twenty-two people were killed.

The legal truth of the matter is complicated. In either case, when Crusius’s mother called or when the manifesto (which explicitly mentions “this attack”) was posted, authorities were not likely to go into high alert about a terrorist threat, nor were they likely to see grounds for arresting him. This is not, as one would be wont to assume, because United States criminal law forbids preemptive law enforcement action prior to the commission of a criminal act. It is because domestic terrorism, under which white supremacist attacks like those portended by the Crusius manifesto fall, is not criminalized under of the biggest piece of anti-terror legislation in the United States.

The Material Support for Terrorism statute codified in 18 U.S.C. was amended as part of the post–9/11 spate of legislation passed by lawmakers to curb terrorism in the United States. The case of Ali Shukri Amin highlights how it works. Amin, a seventeen-year-old described as “small for his age,” lived in Manassas, Virginia, with his mother and stepfather. The teenager, afflicted with Crohn’s disease, which had led to hospitalizations and missed school, spent a lot of time on his computer. Somehow, Amin fell prey to ISIS propaganda on the internet. Under the handle @AmreekiWitness, Amin began to post pro-ISIS tweets. This was in 2014, when unrest was underway in Ferguson, Missouri, after the police shooting of teenager Michael Brown, and the United States remained heavily engaged in the Middle East, carrying out its campaign against the Islamic State. When his mother and stepfather found out, they were bewildered and afraid for Amin. First, they contacted an imam known for counseling young people who were drawn to extremism; then, later in that year, they went to the FBI, asking for help in keeping their son away from extremism and near certain death in Syria.

Domestic terrorism, under which white supremacist attacks like the one in El Paso falls, is not criminalized under of the biggest piece of anti-terror legislation in the United States.

The FBI was not interested in any of that. In 2015 they charged Ali Shukri Amin, a teenager whose primary efforts on behalf of the Islamic State had been tweeting (including how to use Bitcoin to funnel money to ISIS), under the Material Support for Terrorism statute. Based on the decision in the recently litigated case of United States v. Mehanna, the First Amendment protections for free speech did not cover the provision of coordinated “material support” to international terror groups. “Terrorism is the modern-day equivalent of the bubonic plague,” wrote a federal appeals court judge. “Predictably, then, the government’s efforts to combat terrorism through the enforcement of the criminal laws will be fierce. Sometimes, those efforts require a court to patrol the fine line between vital national security concerns and forbidden encroachments on constitutionally protected freedoms of speech and association. This is such a case.”

In mentioning the government’s efforts to “combat terrorism,” the judge smugly assumed that all terrorists were in fact (like Tarek Mehanna, the defendant before him) those with affections for foreign terrorist organizations. For Ali Shukri Amin, whose parents had reported his pro-Islamic State tweets to the FBI, this meant an eleven-year sentence in federal prison. With little chance of seeking refuge under the First Amendment, he pled guilty under the Material Support for Terrorism statute.

It is that statute that criminalizes actions taken to promote and support a terrorist group even before an actual act of terror occurs. It criminalized Tarek Mehanna’s recruiting efforts; it criminalized Ali Shukri Amin’s tweets. Based on all of this, it would be possible also for the law to criminalize the support for violent domestic organizations by those who are known to be stockpiling military-style weapons, especially if they are making public threats to attack Hispanic “invaders” or others. Those actions go beyond some of the crimes that can be prosecuted under the Material Support for Terrorism statute—which, to reiterate, criminalizes support for terrorism instead of actual acts of terror.

But the Material Support statute does not apply to domestic terrorist groups. It relies on the official designation by the Secretary of State of groups considered to be “foreign terrorist organizations”—a list that currently names more than sixty groups worldwide, including several ISIS and al-Qaida groups, the Palestine Liberation Front, HAMAS, the Real Irish Republican Army, and even Basque Fatherland and Liberty (ETA). The upshot is that only potential terrorist actors who have provided support to designated foreign groups can be prosecuted under the statute. The most important and expansive anti-terrorist legislation intended to protect innocent citizens from harm, in other words, can only be used against the most faraway threats.

As the outrage and furor over the massacres in El Paso and Dayton grows, there is increasing talk about making “domestic terrorism” a federal crime. While these discussions are taking place, it is crucial to consider the disparate legal regimes that have been set up, through courts and legislation, for foreign and domestic terror groups. These are not based on the citizenship of the defendants, who may in both cases be United States citizens, but based on the terror group with which they sympathize. Foreign threat has been considered a more acute threat, bolstered by the multi-billion-dollar terror industrial complex within the FBI, the NSA, and even police departments like the NYPD.

It may well be that belief in the “foreign-ness” of terror is what has given judges like the one in the Mehanna case the guts and gusto to proclaim “terror” “a bubonic plague” that requires an abridgment of First Amendment speech protections such that even ranting tweets could be prosecuted as “material support.” Things could have been and still can be very different. If the definition of “terror group” within the Material Support for Terrorism statute were expanded to include domestic terror organizations, then it at least raises the possibility that vocal white supremacist assassins could be arrested and prosecuted just like Ali Shukri Amin.

The attacks in El Paso and Dayton have focused American attention on a neglected issue. The freedoms available to domestic terror groups and their militias to recruit, organize, and disseminate propaganda without it being considered a violation under the Material Support for Terrorism statute is a huge legal loophole. Whether it’s domestic terror or foreign terror, the carnage and catastrophic impact of attacks remains tremendous and crushing. If this is so, American lawmakers and citizens must ask themselves: Should the way these threats are policed be so utterly and irresponsibly different? 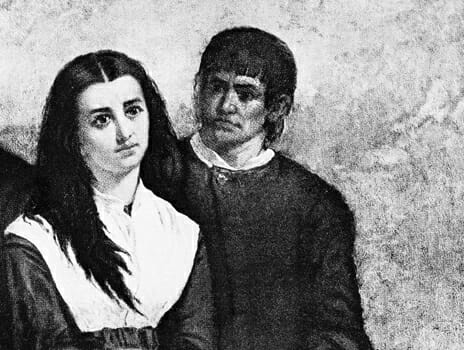