In a recent debate at the Peterson Institute for International Economics about whether a wealth tax would help lower inequality, Larry Summers, a very wealthy man, rose to express a dissenting opinion. The first speaker had been Emmanuel Saez, an economist and advisor to Elizabeth Warren. Saez, along with Gabriel Zucman, helped to design Warren’s proposed wealth tax: a 2 percent tax on every dollar of wealth over $50 million, and a 3 to 6 percent tax on wealth over ten figures.

While Saez had given a prepared PowerPoint presentation, Summers, with a jowly old man’s confidence, appeared to speak off the cuff. First, he wanted everyone to know that he is, politically, on the right side of history. “Let me say I speak from the perspective of someone who thinks the United States should be a vastly more just society, with a government that does substantially more to help the middle class and, uh, the poor,” he said. Sure, he was about to argue for twenty minutes against progressive taxation, but he wanted the audience to know that his heart is in the right place.

Summers continued by saying that, apparently in lieu of actually reading their book, The Triumph of Injustice, he had made a “very close study of the Twitter wars” concerning Saez and Zucman’s work, and he found himself “about 98.5 percent persuaded by their critics.” Watch out kids, uncle Larry’s got Twitter, and he’s not afraid to debase the discourse with it! Those critics Summers referred to were disputing Saez and Zucman’s controversial data, which showed, of course, that the very wealthy pay a lower tax rate than any other income group.

Summers, who has made lots of money consulting for Citigroup, Nasdaq, and assorted hedge funds, wasn’t buying it. First, the idea that a wealth tax would curb the political power of the rich has “almost no validity,” he argued. This is because “you can become one of the most powerful money people around” the Democratic or Republican Party “for four or five million dollars a year.” Pocket change! To be fair, maybe he hasn’t heard of the Kochs. Also, said Summers, if we just had better social insurance, then wealth inequality wouldn’t matter. In other words, if the poor were taken care of––somehow––then the wealthy could keep their wealth. Our current lack of social insurance and high concentration of wealth are, to Summers, inexplicably not connected.

Then Summers—who in 2009 estimated his net worth as between $17 and $39 million, according to financial disclosure forms—said, “I don’t think wealth is a particularly sensible way for judging or assigning taxes.” He believes taxing wealth is ridiculous because it would change the behavior of wealthy people. A wealth tax would, for example, discourage the wealthy from “investing their money in the ways they think are the most productive, based on the fact that they were smart enough to accumulate it in the first place. That’s what we punish hardest with the wealth tax.” In other words, wealthy man thinks the wealthy are wealthy because they are smart, and they should not face consequences for being such super investors. Unsurprisingly, this limp, tired justification for wealth accumulation doesn’t account for inherited fortunes.

Our current lack of social insurance and high concentration of wealth are, to Summers, inexplicably not connected.

Later, recapping his performance on Twitter, Summers added a dastardly twist sure to confound his critics. Taxing could backfire, he tweeted. “If the wealth tax had been in place a century ago, we would have had more anti-semitism from Henry Ford and a smaller Ford Foundation today.” This is something of a brain-twister, but Summers’s logic seems to be that instead of angering wealthy people by taxing them—which would drive them inevitably toward bigotry, for some reason—we should hope their fortune randomly lands in the undemocratic hands of a capricious foundation one day. Nothing could go wrong there!

What Summers seems determined to obscure is that tax opposition in the United States, from the very beginning, has been a tool to maintain existing power. That is, it was never an appeal to liberty and freedom—the freedom of the wealthy to invest how they wanted—but a deliberate attempt to perpetuate whatever oppressive system had brought them their wealth in the first place, allowing for an unending stream of moronic, wasteful allocations of capital to continue unimpeded to this day. Robin Einhorn, a historian of U.S. taxation and political economy at UC Berkeley, explains in American Taxation, American Slavery that tea party aside, the origins of our anti-tax sentiment are found not in Massachusetts, but in southern states like Virginia, where wealth was largely contingent on chattel slavery. Anti-tax ideas, she writes, “have more to do with protections for entrenched wealth than with promises of opportunity, and more to do with the demands of privileged elites than with the strivings of the common man. Instead of reflecting a heritage that valued liberty over all other concerns, they are part of the poisonous legacy we have inherited from the slaveholders who forged much of our political tradition.”

Einhorn notes that wealthy slaveholders were often bouncing with excitement to support taxes that would benefit them, such as for the expansion of the military. While they opposed taxes for infrastructure improvements, they “wanted all manner of government action to protect slavery . . . they tended to dismiss everything else as wasteful government spending.” This set a recurring, nightmarish, though totally obvious paradigm for the wealthy class’s position on taxation: oppose that which will reduce your power (or might lead to anyone even trying to reduce your power) and support that which will increase it. Einhorn finds a Virginia planter in 1829 opposing a change to the state legislature that would allow non-slaveholders more seats because it would “put the power of controlling the wealth of the State, into hands different from those which hold the wealth.” In other words, no one––especially the non-wealthy––should be telling the wealthy what to do with their money.

In the early nineteenth century, one opposition to taxation in general, but especially a tax on slaves, was that taxing was a slippery slope; once you had a tax on slaves, for example, lawmakers could effectively abolish slavery by raising the tax so high as to make slave ownership unprofitable. Patrick Henry worried in 1788 “about a federal slave tax hefty enough to ‘compel the Southern States to liberate their negroes.’” This underscores a crucial role of taxation that far outstrips its role in bringing in revenue: changing norms. When we choose what and who we tax, we are also setting our priorities as a political body. Summers clearly understands this, yet his main argument against the tax is that it will bring in less revenue than Saez and Zucman predict. This is a smokescreen; his real problem is with a potential realignment of power.

When we choose what and who we tax, we are also setting our priorities as political body.

In fact, contra Summers, the primary advantage of the wealth tax is its effect on behavior. When I spoke with Einhorn this week to discuss her current research, she confirmed for me that throughout American history, taxes have rarely been opposed on ideological grounds, but—surprise, surprise—on the self-interest of “regions, classes, and the politicians who represent them” instead. Which makes you wonder why Larry Summers is listened to about wealth taxation at all.

He’s far from the only one whining. All sorts of wealthy people don’t like the wealth tax. Billionaire Leon Cooperman threw a temper tantrum in an open letter to Elizabeth Warren, telling her that her “vilification of the rich is misguided,” before getting choked up about the tax on CNBC. Bill Gates chimed in at a the New York Times DealBook conference to say that he has “paid more than anyone in taxes,” which is probably true, but deliberately elides the fact that the United States has very low rates. “When you say I should pay $100 billion,” he said, “then I’m starting to do a little math about what I have left over,” before claiming, unconvincingly, that he was joking. “I’d love somebody to find a middle-ground approach,” he said. Of course you would, Bill. When asked who he would support in a race between Donald Trump and Elizabeth Warren, Gates squirmed in his chair and declined to say. Not to be outdone, Michael Bloomberg is preparing to renege on his vow to stay out of the presidential race, perhaps because his abstention was contingent on the likelihood that Joe Biden would become the nominee and leave his vast fortune untouched.

Near the end of his speech at the Peterson Institute last month, Summers growled on about some evidence that when workers take ownership of a company, the profits are spent not on expanding the business, but on the workers themselves. It is almost impossible to imagine how this could be a bad thing. And in a fitting, populist response to his display, Summers’s moronic Ford tweet was almost immediately ratioed, sitting now at nearly 3,000 replies to a mere fifty-six retweets. 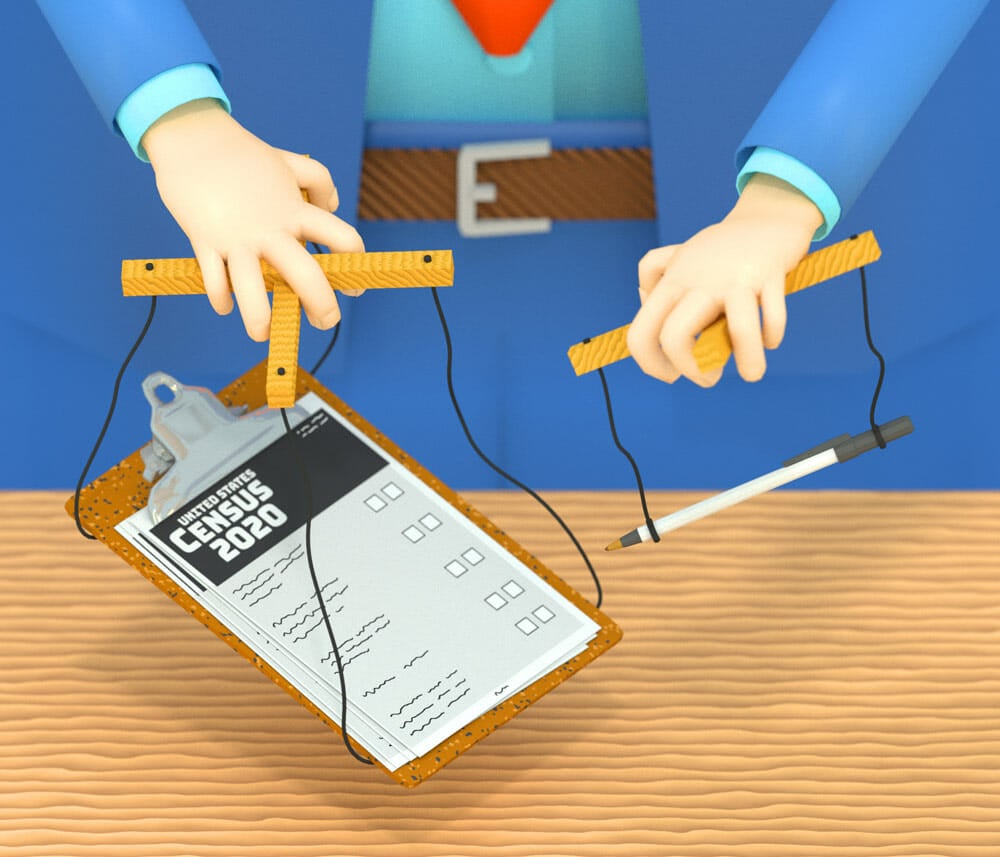 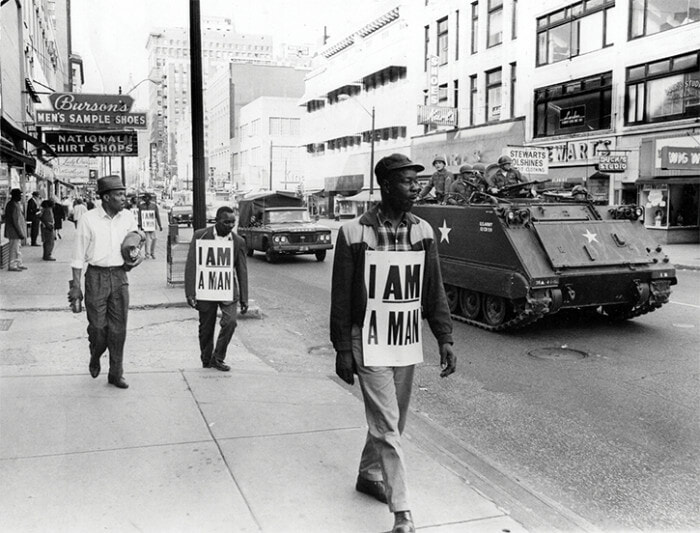 Insurrection in the Eye of the Beholder
Hawa Allan
Word Factory