In the last few days, a carnival of tarot, music, and psychomagic made its way through New York City in the guise of shamanistic filmmaker Alejandro Jodorowsky and his family. The elder Jodorowsky and his son, Adan, made appearances at museums, theaters, and a downtown lounge to promote Endless Poetry (Poesía sin Fin), their new film (which was directed by the father and stars the son). With this project, perhaps the world’s biggest cult filmmaker returns his audience to his native Chile, where he picks up the thread of his previous work, The Dance of Reality, albeit with slightly less Oedipus complex (and self-indulgence). For its part, the poetic film’s color-saturated cosmology was shot by famed cinematographer Christopher Doyle (In the Mood for Love), and it features an ecstatic Jodo-esque parade of dancing skeletons, puppetry, tender sensuality—and an enormous plummeting penis.

In the film, Jodorowsky chronicles his youthful rebellion against a bullying, money-obsessed father, which ultimately leads to him deserting his parents’ home for the bohemian world of muses, artists, and poetry. “Poetry, you shall illuminate my path like a blazing butterfly,” says a young Jodorowsky. With time, the poet and the butterfly coalesce. A wizened Jodorowsky later tells us that at the end of life “you become a butterfly, a being of pure light.”

The New York art world, it turns out, is not accommodating to butterflies of pure light.

The New York art world, it turns out, is not accommodating to butterflies of pure light. Nonetheless, Jodorowsky recently landed at the Museum of Modern Art (MoMA), where he described his life as a writer, creator of the shamanist psychology called psychomagic, and passionate student of the tarot, to a sold-out audience. In its billing, Jodo fans were promised a special program in which Jodorowsky “honors our audience with a one-time public (tarot) reading for twenty-two people.”

The eighty-eight-year-old Jodorowsky was joined by Klaus Biesenbach, director of MoMA PS1 and Chief Curator at Large at MoMA. An art-world Mephistopheles, Biesenbach’s preoccupation with money and celebrity should come as no surprise to anyone who remembers 2015’s spectacularly disastrous Björk show at MoMA, a total failure mounted by the curator, whom critics argued turned the museum into Planet Hollywood. He also previously hauled actress Tilda Swinton into the museum for an installation that asked spectators to observe her sleeping in a glass box.

Biesenbach climbed onstage carrying a large transparent bowl filled with tiny pieces of paper. As if to foretell the direction of the evening, he then told the audience, “Don’t be paranoid, I have all of your names in a bowl. We will select some.” The idea was to allow the anti-elitist filmmaker to perform tarot readings for an adoring public.

The aging filmmaker reminisced, if one can, about the death threat he received from one of Mexico’s most powerful directors after he dared to produce a film outside the bounds of the powerful union. Creativity without limits, he said, had been his life’s work, a cleansing of mind and spirit of their constraints. “We are prisoners of prejudice,” he said. “If we want to go out of what humanity is living today, this awful thing we are living, all this war, all this economical difference, we need to change the way to think.”

Biesenbach of course responded with a question about celebrities and money. What about the infusion of cash Jodorowsky received following the making of his 1970 Mexican western-meets-mysticism cult classic, El Topo, from none other than Yoko Ono and John Lennon, who famously gave the filmmaker $1 million to do as he wished? With a balmy million in his pocket, Jodorowsky began work on The Holy Mountain, which secured his reputation as a high priest of countercultural filmmaking. The cash, as Jodorowsky delighted in telling the audience, allowed him to film zoo animals that he smuggled out at night after paying off a guard.

Following the screening of a clip from The Holy Mountain, Biesenbach asked about the inspiration for Jodorowsky’s use of color and form, “Was there a team of designers?” A clearly exasperated Jodorowsky replied, “Listen, Klaus, how do you dream? Who [is] doing your dreams? Not you? You receive it.”

Some two hours into the show, the “random draw” tarot reading began.* From the back rows, a sheepish thirty-year-old climbed on stage and drew “the world”—the best card of the tarot. Jodorowsky announced that the youngish man’s life project was simply “to become yourself.”

After Biesenbach revealed the next name, a bewildered Jodorowsky found himself face-to-face with longtime friend, Jean Stefan. Jodorowsky, apparently suspecting an influence beyond coincidence, asked if Jean Stefan had put in a word with Biesenbach. With questions in the air, Biesenbach handed the clear bowl to someone in the first row—a MoMA staffer, perhaps—and instructed her to pick five names at random.

The third guest, a woman dressed in an arresting red, drew “the devil.” Jodorowsky issued a prescription: she needed to accept her shadow self. The next lucky participant materialized out of thin air; Jodorowsky reacted by asking Morgan, a red-headed actor wearing tiger print pants and a tacky print shirt, if he lived backstage. As is customary, the reading began with the guest posing a question to the cards. Morgan had no illusions about spiritual fulfillment or demolishing limits, he simply wanted to know how to become a successful actor and artist.

For the next lucky pick, Biesenbach called out the name of MoMA collaborator Michael Bullock—but he had departed. Yet the subsequent draw summoned a guest from the few reserved seats in the front. Jodorowsky raised his head, took a good look at his next guest, Laurie Simmons, and said, “You’re an artist.” Biesenbach retorted, “she’s an artist, half the audience is an artist.” Of course, there is a vast gulf between the artists filling the back seats, artists who pack into illegal lofts in Brooklyn or the graffiti artists who come through the Harlem print studio where I have set up shop, and Simmons, Lena Dunham’s mother.

Such is a sign of our gilded age when the artist who once said, “It is not the finality of art to make money,” conjures his wisdom and power for the art world’s elite, while his adoring public watches from the back rows. Lost in the draw was not simply a chance to meet Jodorowsky but any notion that art should be available to all and not just the famous and rich. Indeed, what is tarot but the channeling and deciphering of a prevailing energy? And our current national moment is defined by powers who rework the system when it fails to turn up the right people, the expected results. Left to chance, two of the truly random picks were Latino, but those hand-selected as worthy recipients of psychomagical insight were exclusively white.

But to suggest that a force other than serendipity and luck could account for the sequence of MoMA friends and headline artists who climbed on stage would be, as Biesenbach stated at the onset of the show, paranoid. I may have conceded a streak of cynicism—it’s possible, I suppose, that the entire drawing was an unlikely coincidence. Still, the next name called was Imogene Strauss, daughter of DJ Justin Strauss, a former MoMA staffer who now works with the likes of Solange Knowles.

When Strauss did not answer the call, Jodorowsky took matters into his own hand; he reached into the bowl and drew a relative pleb. The woman’s reading would be the deepest of the night, a dramatic excavation of the forces that have prolonged her journey as a would-be psychotherapist. With each overturned card, Jodorowsky described her career choice as an effort to repair the childhood wounds. More than Simmons artistic struggle to finalize her latest piece or Morgan’s need for a space in L.A., the spirit of Jodo’s psychomagical healing emerged through the cards of just another regular person. The reading culminated with Soto selecting a seventh card, which Jodorowsky flipped it over: “Be a magician,” he said to the delight of Soto and the audience. “A magician can heal in his own way.”

The artist, who in Endless Poetry slings eggs and raw meat at Santiago’s literary elite, capitulated. Soon legendary actor Daniel Craig was in the chair, but, by then, I had left.

For the last draw, all pretense of fairness was abandoned, and Biesenbach asked Jodorowsky to recommend someone. And the artist, who in Endless Poetry slings eggs and raw meat at Santiago’s literary elite, capitulated. When it became clear that the curator’s chosen one was not present, Jodorowsky suggested “the famous actor.” Soon legendary actor Daniel Craig was in the chair, but, by then, I had left.

Biesenbach may have succeeded in ensuring that the elite, the stars, got their moment on stage. Still, Jorodowsky’s psychomagia, which he describes as “liberating the bird of spirit from the rational cage,” flourishes off-stage, where the rest of us live. The following night, I received a text message from a first-time date who I met hours earlier, Fetzum, who called himself an actor and trainer but later admitted he mainly works as a bouncer. In the text, Fetzum wrote that the SoHo lounge where he works was the venue for a film event. Perhaps I had heard of the artist? Two photographs followed—the promotional posters for Endless Poetry. He was working the door and would let me in. An hour later, I was downtown.

Inside the dimly lit basement, Adan Jodorowsky clapped in ecstasy on a tiny stage as Miami-based musician Simon Jano unleashed a passionate, rock-flamenco rendition of “Maldita Mujer” (“Wicked Woman”). Then, alone on stage, Adan quietly told the crowd that playing his father had been the greatest challenge of his life. Later, as Adan began to leave, the date-slash-bouncer ushered him to where I was speaking with Jano. I asked Adan what he meant about the challenge. A light came over Adan’s face, and he responded that he had become truly himself. As we stood there in an ecstatic moment, one not orchestrated by an art-world curator but a bouncer who tapped into psychomagic, I almost felt like a butterfly of pure light.

*For its part, MoMA disputes that the draw wasn’t random and offered no further comment.

Michelle García is a journalist and essayist. She is working on a nonfiction book about borders and she is a contributor to the forthcoming anthology, Trumpism, Mexican America, and the Struggle for Latinx Citizenship. She tweets at @pistoleraprod. 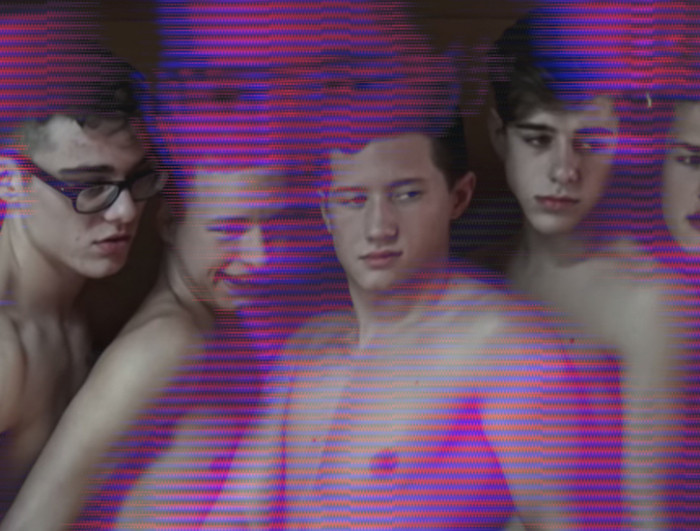 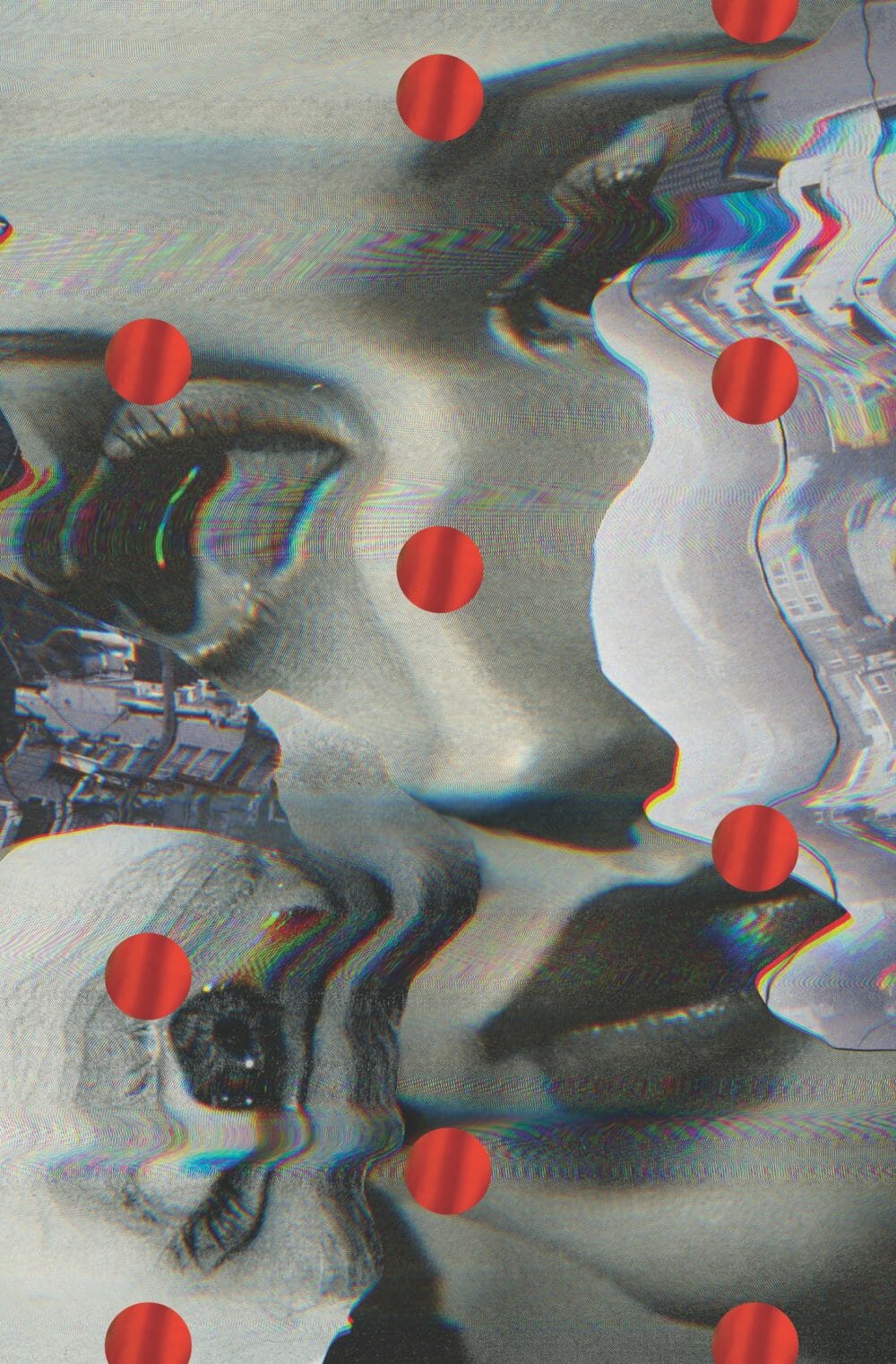 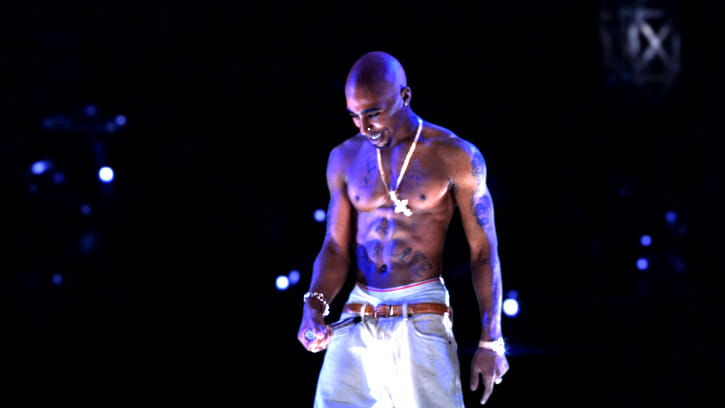