For far too long in America, health care policy has been diagnosed by the numbers alone. Politicians and the media alike have subtracted narrative thinking from the national debate.

Most media outlets will report on the latest public approval ratings of the Affordable Care Act, the Medicaid coverage gaps, and the most outrageous remarks from Congressional debates. Life and death get reduced to flat, linear things: charts, graphs, and puppets of the state. President Obama will tell you in a speech what Sean Casey’s medical bill was in 2013, and what it is now. The rest of the patient’s story we do not know; the rhetoric, focused as it is on policy rather than personhood, is designed to make sure we don’t wonder. Individual experience begins to lose its importance when severed from a “whole” it’s supposed to resemble, or disassociated from a political party.

The narratives are there if you look for them. In the Internet ether, one can find no shortage of stories of mounting frustration from doctors and patients alike with the way health care is currently practiced in America. They bemoan the ways modern medicine policy eschews the interpersonal, the empathetic, for the bottom line. But their impact is that of mere comment—they’re much less likely to make the news than an anonymous academic survey.

Activists, authors, and medical schools across the country have begun to recognize (and some have known for a long time) the basic fact that the American media misses again and again: In order to tell a compelling story, and a true one, the walls that separate out these two ways of understanding health care must crack. A radically humanist dialogue must pass freely, though not necessarily neatly, between the two sides.

Case in point: some numbers for you. According to a recent Gallup poll, the proportion of uninsured in this country has dropped to 13.4 percent, the lowest it’s been since Gallup began tracking the number in 2008. Yet disapproval of the Affordable Care Act is at an all-time high, and polling suggests that the number one reason for this dissatisfaction, at 80 percent of all those who disapprove, is “too much government involvement in health care.” No doubt some of this movement in the polls has to do with political allegiance. But most people don’t become more republican in a given year. Perhaps there are other, less detectable, factors at play here too, for example, a general frustration with and mistrust of the way medicine is currently practiced. In spite of the vast improvement in the health care coverage gap, the way health care is administered in this country, funneled through the profit-making private insurance companies, won’t be changing anytime soon.

Here Gaffney makes reference to a long history of reform, which spans more than fifty years, but whose inflection point could be located in the early 1980s. The rise of health maintenance organizations at this time placed the needs of insurance companies at the heart of the vital doctor-patient relationship. Some of the consequences have been calculable, others less so. In the past three decades we’ve witnessed severely shortened consultations, astronomically expensive drugs and medical procedures, needless testing, high rates of burnout among doctors, and the deterioration of empathy and trust between doctor and patient.

Last month Leslie Jamison—who has worked as an innkeeper, a baker, a medical actor, and is now a columnist at The New York Times Book Review—published her first book of essays with Graywolf Press. The Empathy Exams, which features several pieces that directly and indirectly touch upon health care, has shattered expectations—it glowed in the good graces of reviewers far and wide; it’s been on the New York Times bestseller list every week since its release. The essays speak to a growing dissatisfaction with the level of empathy allowed into discourses of health care, both public, policy-oriented ones and in those that are private, that take place among doctors, patients, and loved ones.

“My job title is medical actor,” writes Jamison in the title essay of the collection, “which means I play sick.” To make a living as a medical actor, Jamison must exhibit the symptoms and psychology of one Stephanie Phillips, 23 years old, a character who is suffering from conversion order, fabricated. “My Stephanie script is twelve pages long,” writes Jamison. “I think mainly about what it doesn’t say.”

Her role-play is the medical students’ training in how to be a more effective doctor, which in many cases means a more empathetic doctor. Studies show again and again that doctors who act empathetically toward their patients get better patient outcomes and are less at risk of malpractice. The findings of a 2011 review of past studies, published in the journal Academic Medicine strongly suggest that “empathy decline during medical school and residency compromises striving toward professionalism and may threaten health care quality.” It behooves doctors to sharpen their interpersonal skills, to learn as much about their patients as possible, and to push against the grinding wheels of corporate interest.

Medical schools across the country are starting to think this way, at last. New policies in medical schools seem much more attuned to the importance of empathy in health care than most of our political leaders are. This trend has been evolving for a while, since the 1970s, when medical schools began slowly introducing literature, psychology, history, philosophy, and sociology classes into their curricula. Such coursework fell under the rubric of medical theory movements like bioethics, primary care medicine, professionalism in medicine, and George Engel’s famous “biopsychosocial model.”

Now a growing number of medical schools and accreditation programs make clear that they are actively looking for service-oriented candidates who are good with patients, not just on paper, but in person too. Practically every medical school in the country offers courses in the humanities and social sciences, many are part of the programs’ required curricula.

A number of medical theorists have been writing copiously about medical practice in more narrative terms, including Rita Charon, Howard Brody, and Linda Garro. Charon directs the first Narrative Medicine program in the country, founded in 2000, which offers required courses to all students at the College of Physicians and Surgeons at Columbia University as well as a masters program for those with a particularly keen interest (not necessarily medical students, but artists, educators, and activists as well).

The Alpert Medical School at Brown University offers scholarly concentrations, which may be completed in addition to regular coursework over a period of four years, in Medical Humanities and Ethics, Advocacy and Activism, and Caring for Underserved Communities. The Icahn School of Medicine at Mount Sinai medical school offers at Humanities and Medicine Program. Last year, Icahn also became the first medical school in the country to accept some college sophomores, no MCAT required, into a new program called FlexMed. Students with impressive engineering, computational science, social science and humanities backgrounds are particularly sought after for these slots.

The MCAT is also undergoing significant reform for the first time since 1991. The 2015 test will include a new section that will test potential medical school students on their knowledge of psychology, sociology, or community health. While a test can never be a replacement for actual interpersonal skills, the test appears to be reforming to favor candidates who think it’s worthwhile to understand how humans interact with on another and why.

By adjusting their admission policies, as well as by inviting more sociology and humanities-related courses in their curricula, medical schools are leading the way in ensuring that doctors are able to do their jobs with greater care and better results. Doctors, traditionally one of the least activist-oriented group of professionals out there, can lift a lot of their patients out of sorrow and sickness by injecting a healthy dose of the humanities and social justice into their practice.

It will take even more than that to change the story of health care in this country. In order to do so we need to break the old ways in which we’ve thought about care. We can’t go by the numbers alone or follow the partisan lines; health has no party or price tag. Statistics can be powerful motivators of the medical industrial complex if they are used to deaden dissent. But individuals and media outlets that spread personal healthcare narratives, and medical programs that include the elusive skill of empathy in their training, will help to challenge the status quo.

What comes next in the debate over the future of this country’s health care could be honest and egalitarian while still honoring the individual. As Jamison writes in The Empathy Exams, “Suffering is interesting, but so is getting better.”

Hannah K. Gold writes on social justice and literature for publication, and composes bad poetry and erotica for herself. She is based in Brooklyn. Follow her @togglecoat. 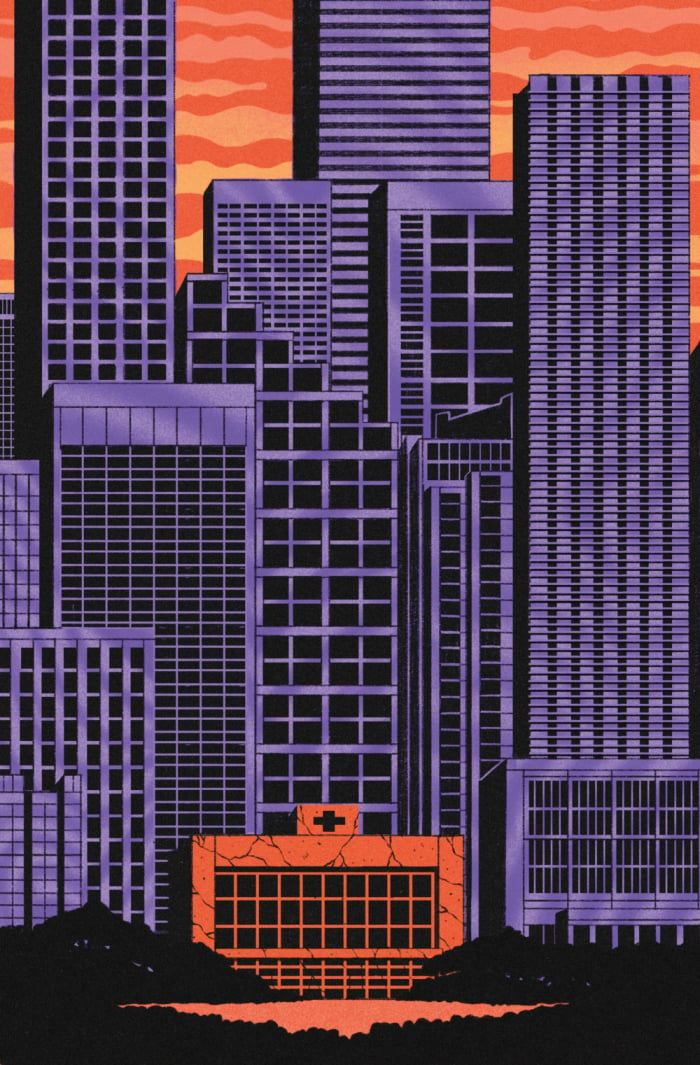 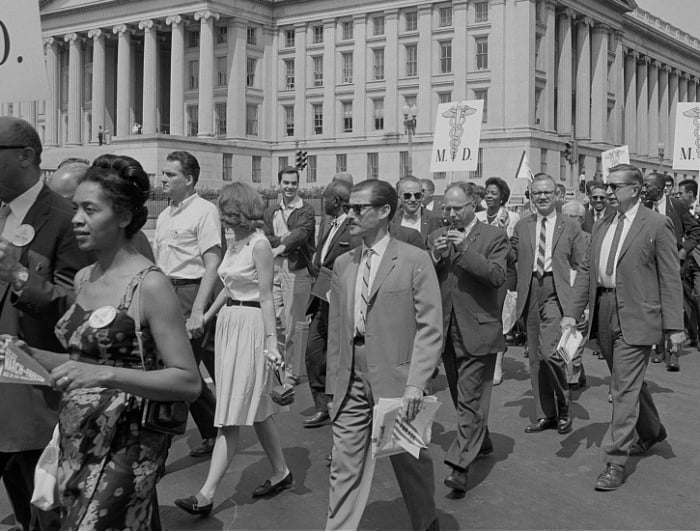 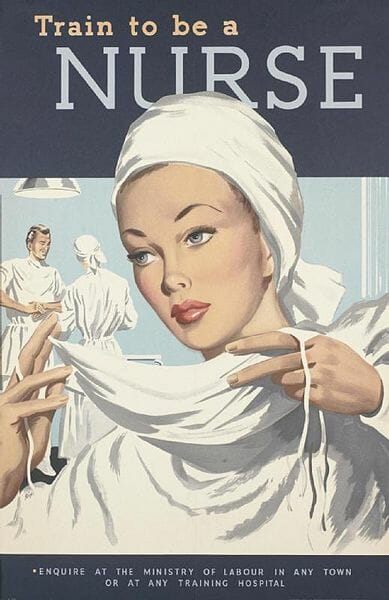