There is a peaceful mutiny swelling in the world of images today, roiling on smartphones, in the pockets of passersby. For now, it travels inconspicuously under the sign of a faceless ghost—that logo for the international communications phenomenon called Snapchat.

A leader in the emerging multinational tech fervor for “ephemeral” communications and data, Snapchat has cornered the market on vanishing images. Co-founder Evan Spiegel caused a stir in the tech community last year after brazenly stiff-arming Mark Zuckerberg’s $3 billion cash buyout offer, but the plot has thickened further since. Currently in negotiations with the venture capital firm Kleiner Perkins, reports from multiple sources indicate that the company was recently valued at a stunning $10 billion.

In spite of recent lawsuits (one with the Federal Trade Commission), a data-breach scandal, and the inevitable association with “teen sexting,” Snapchat’s user base continues to expand—estimates now place the number of active monthly users at more than 100 million. The 20th-century American poet Hart Crane once characterized the photograph as a “moment made eternal,” but Snapchat users have indisputably developed a palette for the image as a “moment made to expire.” The writing is on the wall: disappearing images are here to stay.

Scandals and soaring prices continue to inspire media headlines, but Spiegel has been laboring to slowly transfigure the app’s public image. He began by wiping the simpering face off the company’s ghost logo last summer. Then, to sway nonbelievers, Spiegel began speaking about a “philosophy of letting things go” at a talk in January.

Snapchat, Spiegel explains, is a tool for “self expression” that allows users to communicate “who we are today, right now.” As opposed to the digital-identity-constructing potentials of Facebook, which catalogs a lifetime of personal photos across a public “timeline,” Snapchat feeds on the metrics of the second-hand to relay transient emotional states. By operating exclusively in the “right now,” Spiegel contends, the app sutures an opening that other tech companies often fail to close. “We no longer have to capture the ‘real world’ and recreate it online–we simply live and communicate at the same time,” or so he claims.

With its simultaneous bid for reality-capturing and ephemeral communication, the app is a form of media designed to not mediate between its users—in other words, it is supposedly a non-mediating medium. Among philosophers and cultural theorists, many would call this non-mediating magic impossible. German media theorist Friedrich Kittler held that “Media determine our situation.” Kittler and many other theorists have relied on the fundamental belief that media, from writing to photography, irrefragably mediate our experiences of the world and ourselves. If they were confronted with Spiegel’s pitch that Snapchat could collapse the distinction between living and communicating, Kittler and company might be heard vexedly pounding on the doors of their coffins.

But Spiegel is not without his own intellectual ammunition. He hired a social media theorist named Nathan Jurgenson, a 31-year-old PhD student at the University of Maryland. Celebrated by some in the tech community for his takedown of “digital dualism”—the concept that draws a sharp distinction between the virtual-digital world and the “real”-analog one—Jurgenson was brought on board to inspire. That clumsy dualism, according to Spiegel, has stunted the imagination of countless tech companies, but Jurgenson might carry the oracular resources to mine the interstices of the analog/digital divide for future development.

Buttressed by Jurgenson’s ideas, Spiegel now declares that, with “ephemerality at the core of conversation,” Snapchat successfully employs technology to restore “integrity and context” to virtual conversation and “mirror[s] the expectations we have when we’re talking in-person.” With this, the company’s ghost logo no longer merely signifies the disappearing snaps but the very app as well, which, through some vanishing act, fosters virtual conversations that supposedly feel natural and unmediated.

With disappearing photographs as its primary currency, the app specifically challenges practices of seeing, scanning, and interpreting still images. Spiegel has even expressed that users are not resigned to communicating “around” images but can communicate “through” them, to focus on “feeling” rather than “the way that content looks.” By eviscerating aesthetic content and pushing feeling above all, Snapchat hollows out images and puts them in service of communication. The still image as we know it seems to be ailing.

Fledgling students of art history and visual studies today still learn the value of looking long and with a critical eye, however. Photography in particular, as theorized by thinkers such as Susan Sontag and philosopher Maurice Merleau-Ponty, has been prized as a medium that arrests moments, keeping them “open” to prolonged scrutiny. While Snapchat relies entirely on technologies of photography, those relished habits of extended viewing, so specific to the medium since its inception, give way to habits of fast looking and reading. Instead of presenting a suspended excision of time and space for prolonged examination, Spiegel and the app’s community relish closing images, those that “disappear,” “self-destruct,” “hide,” “evaporate,” and “expire.”

Snapchat was not conceived with the intention of devastating traditional approaches to photography, much less muscling out practices of extended seeing. It was explicitly developed as a “fun” alternative to social media giants, one in which images could function as a rapid means of communication instead of taking shelter eternally on servers and hard drives. Nonetheless, by its very nature the app determines the fate of countless photographs, most of which are irretrievably lost. Snapchat, so it seems, has struck a popular chord, appealing to some contagious desire for images that disappear. The international frenzy for the app has not just revealed an eagerness to buy into a “philosophy of letting things go,” but a willingness to enjoy the erasure of images.

In his celebrated 1936 essay “The Work of Art in the Age of Mechanical Reproducibility,” late German cultural critic and occasional soothsayer Walter Benjamin speculated that photographic technologies carried the dual potential to, at once, help foment democratically-inspired revolution and fascistically subdue people en masse. With the flood of images in cinemas and the media, Benjamin worried the public could become docile and “absent-minded” spectators, in the face of pictures of war for instance; he augured that people might become vulnerable to witnessing their “own destruction as an aesthetic pleasure of the first order.” A year later in his 1937 essay “A Short of History of Photography,” Benjamin even went on to intimate that the distractions of a photographic caption could also counter or abet this (what he would call) aestheticization of politics. At a moment when our own media outlets overflow with captioned images of atrocity, most of which fail to arouse sufficient care, much less action, Benjamin’s concerns are just as exigent still.

Though rarely a conduit for images of the overtly violent or political, Snapchat encourages attitudes of seeing—namely an uncritical, aesthetic pleasure derived from disappearing caption-based images—that recall Benjamin’s uneasiness with technologies capable of turning thoughtful observers into passive spectators. Participation shrouds a tacit contract that escapes the notice of many users. Snapchatters, with an order of delight, willingly hand over freedoms of choice—specifically, what they choose to pay attention to and for how long. The app governs the exchange between viewer and image by seamlessly simulating the mechanics of attention: the app brings into focus an image with no preview, specifies the time needed to view it, and discards it promptly, as if a feeling of distraction had spontaneously set in. The work of attention—wittingly bringing perception to bear on some object—is done for the user.

To characterize Snapchat as a fast-paced medium that simply follows the blazing tempo of the digital times, pandering to our insatiable image-appetites, would be to marginalize its impact. Under the glitz of a ludic interface, images become containers for memes, selfies, and trending jokes, all metabolized by ironclad countdowns and vanishing pixels. Even art—that precious category of aesthetics coveted for its ability to draw our eye and focus—finds itself potentially imperiled by the company’s growing orbit. The renowned Los Angeles County Museum of Art (LACMA) just joined the app as a user, and almost immediately gathered a following with its witty snaps.[*] Now careening along after their forward-thinking competitor, the Blanton Museum of Art in Austin, the Georgia Museum of Art, and the Museum of Contemporary Art Chicago have followed suit.

While it remains to be seen what kind of future this bodes for habits of viewing inside museums and beyond, the prospects seem grim. Unfortunately, Snapchat rewards those very practices of rapid looking and reading that have so impaired our attention spans and hermeneutic dexterity in the Internet age. It not only convinces us that we have become good at seeing quickly, but that such practices are sufficient for the thoughtful interpretation of challenging and information-dense images. If users are determined to keep Snapchat in their lives, let them routinely resort to the under-employed screenshot—assuming fingers can scramble in time. This would be the best resource for quick-witted eyes wanting to prove they have seen a ghost. 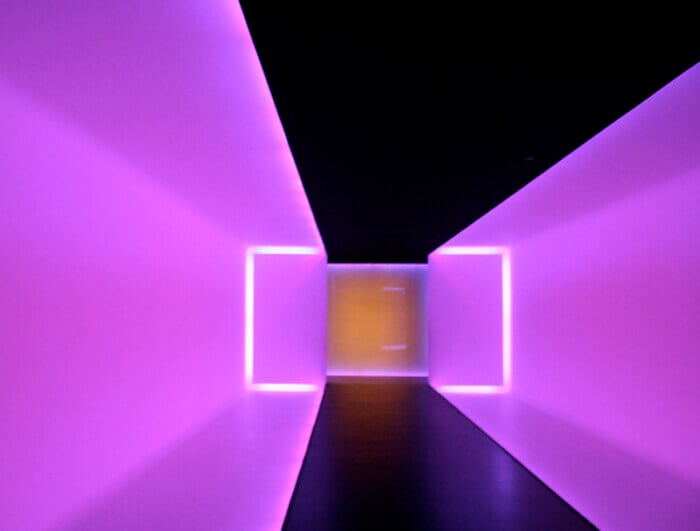 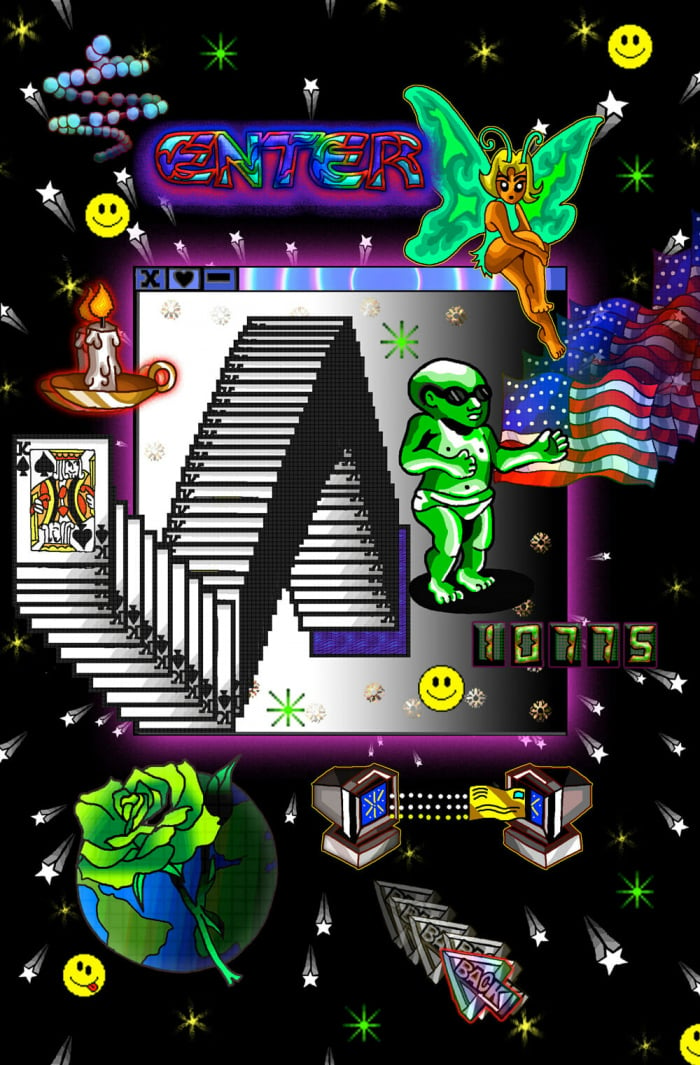 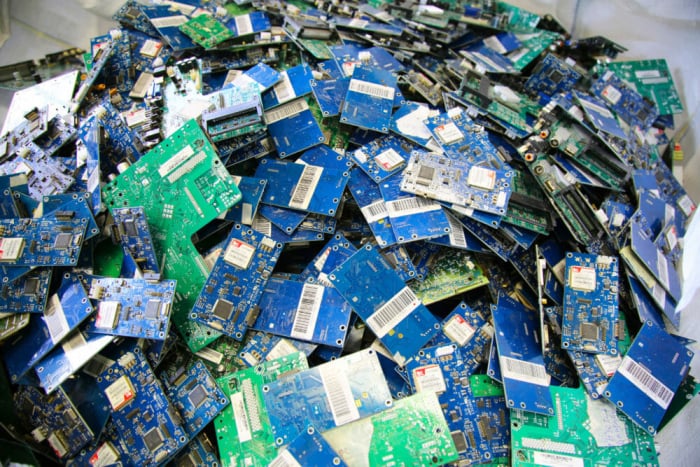