The Democrats seem to be absolutely obsessed with those evil brothers Koch. Charles and David Koch are the “industrial tycoons” who, through their advocacy group Americans for Prosperity and other networks, are throwing tens or hundreds of millions of dollars into attack ads against vulnerable Democrats. Senate majority leader Harry Reid has been leading the charge, hilariously, calling the Koch brothers “un-American” and “against everything that’s good for America today” in a series of floor speeches and press conferences. The Democrats’ Senate Majority PAC has begun airing ads tying Republican candidates to the Koch brothers’ “outside money” in states like Louisiana where Americans for Prosperity itself has been airing ads attacking incumbent Sen. Mary Landrieu (D-LA). And so on.

Is yelling at the Koch brothers all they’ve got in their arsenal, as they desperately (and probably futilely) try to hold onto their Senate majority? The Washington Post‘s Greg Sargent theorizes that the Dems’ Koch obsession is “all about creating a framework within which voters can be made to understand the actual policy agenda Republicans are campaigning on.” Sargent continues:

This is what the Bain attacks on Mitt Romney were all about: Dem focus groups showed voters simply didn’t believe Romney would cut entitlements (per the Paul Ryan plan) while cutting taxes on the rich. The Bain narrative made Romney’s actual priorities more comprehensible.

The Koch attacks are designed to do something similar. They aren’t really about the Kochs. They are a proxy for the one percent, a means through which to tap into a general sense that the economy remains rigged in favor of the very wealthy.

Okay, so the strategy is about “creating a framework” to depict the ideological choice in a Democratic-friendly way. But how effective will that be? Liberal blogger Steve M. at No More Mister Nice Blog doesn’t think it will get very far among the undecided masses:

Maybe if there’s a lot more Koch-bashing—Harry Reid is certainly trying to raise the Kochs’ profile—then the number of voters who respond to the anti-Koch message will increase. But I think it’s a message that works only with committed voters. You’ll notice that George Soros gets talked about a lot in the right-wing media, but not so much on the campaign trail, except perhaps in GOP primaries. This stuff is for partisans, not for mass consumption. But Democrats do need more motivated partisans.

Neither of these explanations are necessarily wrong. But from my vantage point, as the recipient of dozens and dozens of unsolicited fundraising emails from the Democratic Party and affiliated advocacy groups, this focus on the Kochs is mostly about raising money for the Democratic party.

The Kochs have been popular Democratic punching bags since 2010, when the Brothers K. greatly expanded their financial commitments to conservative candidates following the Citizens United decision. Jane Mayer’s lengthy New Yorker article revealing the scope of their reach was what made most people start paying attention to them. When Wisconsin governor Scott Walker was trying to break the state’s public-sector unions in early 2011, the Kochs were major supporters. This sure does anger those “committed” Democrats that Steve M. referenced. In fact, they anger them right into opening up their wallets!

It’s completely true, of course, that Koch-affiliated groups are spending vast sums of money to unseat Democrats in this election cycle. But this arms race works both ways. As Alex Jaffe writes in a piece for The Hill, “Could Koch brothers help Democrats?,” the Kochs may be the best thing that could happen to Democrats in a midterm cycle—when, if history is any guide, their partisans wouldn’t otherwise get too involved:

Democrats are making the billionaire Koch brothers the boogeymen of the left this cycle, trying not only to neutralize attacks from their conservative groups, but to ultimately turn them against Republicans as well.

“It’s clear we’re a target” reads a breathless fundraising plea sent in December from Rep. Bruce Braley, the presumed Democratic Senate nominee in Iowa, warning supporters to donate to fend off attacks from the wealthy siblings.

From the defiant to the desperate, Democratic candidates in competitive and even safe races are warning in fundraising emails of Koch money pouring into their races. As they lobby for money to fight back, they’re pledging to fight the outside influence of special interests, of which the Kochs has become a personification for Democrats.

I can say firsthand: those fundraising emails really are something else. They effectively say, if you don’t shell out to help elect Democrats, the Koch brothers will fucking kill us. On behalf of the DSCC, Harry Reid himself sent out an amazing pitch to 800,000 “prospective donors” recently, with lots of exclamation points and bold text. After a full four-page attack, the letter even includes a postscript reiterating everything he had just written. “The Koch brothers and their Super PACs are already dumping millions of dollars into Senate races in a blatant attempt to take total control of Congress and derail progress,” the letter reads. “We can’t let them get away with it! Please return the most generous contribution you can today. . . .”

Let’s have a look at some of the other emails in my inbox from the last few months:

From: Megan Hannigan, DLCC
Subject: “This is bad”

Excerpt: “Friend, in just a few hours, everyone’s going to find out whether we’ve hit our goal to defend Democratic legislators or allowed Karl Rove and the Koch Brothers to seize the advantage. If just 671 Democrats each pitch in $10 by midnight, we can still hit that goal – but it’s going to take a big-time show of grassroots support!”

Excerpt: “The Koch brothers, on the other hand, have been funneling money through dozens of shell organizations they’ve created with their uber-wealthy Republican allies. The scheme has been nicknamed the ‘Kochtopus,’ and it was responsible for over $400 million in contributions in the 2012 cycle. Worst of all, we just found out about this money. That means voters were kept in the dark all the way through election day and beyond. We can’t let the Kochs drown out our messages with their anonymous money during this critical election year. Will you chip in $5 a month so we can expand our tools to handle the millions of small contributions that Democrats will need to beat the Kochs in 2014?”

Excerpt: “If you wanted to run for office, but you knew the Koch Brothers would spend millions flooding your district with attack ads, would you run? What if you thought no one would be there to defend you? That’s a sinking feeling. Sixteen key 2014 battlegrounds have candidate filing deadlines in March, which means Friday’s deadline is our last chance to show potential Democratic candidates that we’ll have the resources to defend them. Chip in $10 or more now to help reach our $50,000 goal by Friday – hundreds of potential candidates are watching for a strong grassroots showing!”

From: Jordan Kaplan, DNC
Subject: “Your 2013 record of support”
[Note: it was zero dollars – Ed.]
Excerpt: “P.S.—Really though, I don’t want to type at you in ALL CAPS and try to scare you and tell you that the Koch Brothers are gonna buy the election next year unless you chip in RIGHT NOW or whatever (though I’m not saying the Koch Brothers aren’t up to some shady business). You’re smart—you probably know how important it is for Democrats to be on sound financial footing before we enter an election year. If you can, please pitch in to help elect Democrats.”

And it continues. This is an arms race, heading right into the fall, just as it was when Democrats attacked Karl Rove’s outside spending in 2010. The difference being that, in 2010, right after Citizens United, Democrats were also calling for passage of the DISCLOSE Act, which would have shed light on anonymous donors. They’re not doing that anymore. This time around, they’re all about competing for all the money in the world, $5 or $10 at a time. 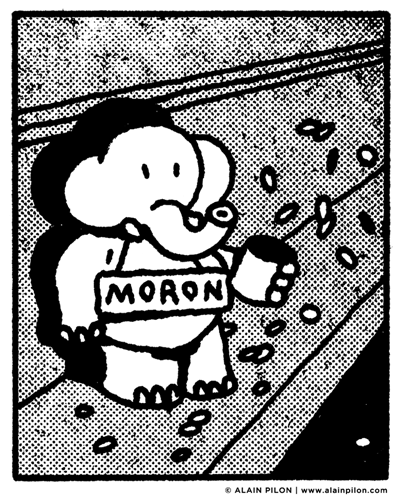 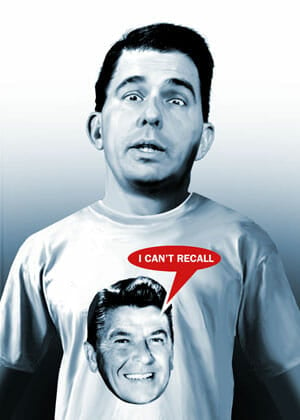 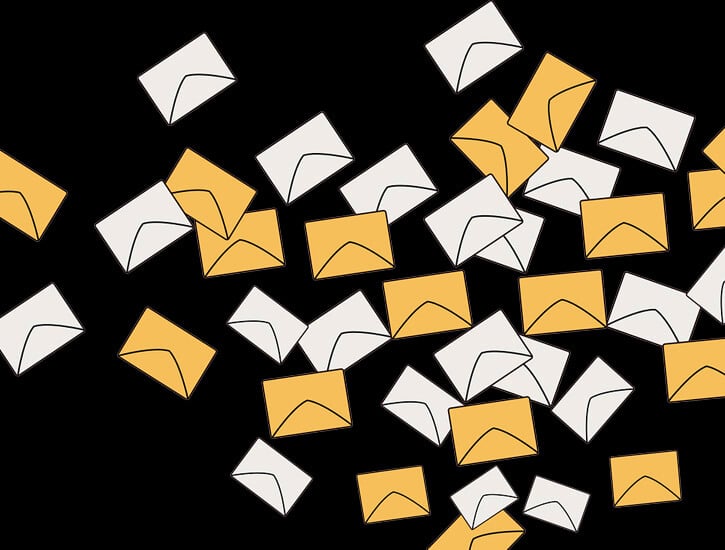