Joy Williams’s darkly comic stories and novels leap from the hazard of daily life to the mystery it arises from with the same agile precision as her prose. To read Williams is to move dazed between the mundane and the profound: pages flash like mirrors in the sun, and the world of appearances is swallowed by light. Tin House’s reissue of a fortieth anniversary edition of Williams’s second novel, The Changeling, offers an opportunity to celebrate this confounding quality, pitched against familiar ideas of literary realism, which overwhelmed its first critics in 1978.

The novel, which begins as the story of a young mother fleeing her husband, and becomes something else, was burned by Anatole Broyard in the New York Times upon its publication, and it sank. “Nothing works” in The Changeling for Broyard, who accuses “Miss Williams” of bad writing. The terms of his denunciation are telling; the novel doesn’t “work” on the grounds that its characters are not “believable,” the “story line” is “an arbitrary muddle,” and some of the images Williams proposes are difficult to “visualize.” Essentially, the book fails to convincingly reflect reality—at least according to the conventions of literary realism. But The Changeling, which borrows the form of the novel but doesn’t wholly resemble one, is, as Karen Russell warns readers in the prologue, “not a mirror, but a window.” Rather than reflect the world we’ve grown accustomed to living in, the novel “creates a portal to see beyond it,” allowing us to glimpse in moments, as the protagonist Pearl does, “a chaos so complete, so ordered” that it may well be “the lunatic face of God.”

The Changeling wants to crack the carapace of realism rather than reinforce it, to see past the world of appearances

The “story,” if we’re to call it that, begins with Pearl drinking in a bar with her infant son, having fled her husband, Walker. But within the first paragraphs Williams shatters the illusion that this will be a book about domestic drama. (Human drama is, for Williams, more often than not, a scaffold for demonstrating its insignificance.) With characteristic agility, she springs from the visible to the visionary:

Outside it was Florida. Across the street was a big white shopping center full of white sedans. The heavy white air hung visibly in layers. Pearl could see the layers very clearly. The middle layer was all dream and misunderstanding and responsibility. Things moved about at the top with a little more arrogance and zip but at the bottom was the ever-moving present. It was the present, it had been the present, and it was always going to be the present. Pearl was always conscious of this.

Pearl is impaled on the present, transfixed by what Russell calls “the tyranny of time.” Stranded between shifting memory and the illusory future, Pearl lives “by sensation rather than intention,” and greets her circumstances with a mix of fatalism and paralyzing insight. Things, she believes, turn out badly in this world: “Even if one had no desires and made few decisions, one’s shadow fell in the paths of others and their shadows fell all over you.” Pearl and Sam are soon apprehended by Walker, who prepares to take them back to his family’s private island. When the plane crashes, killing Walker and replacing, Pearl believes, her son with a substitute, his face “like a mask, like a small animal’s,” Walker’s brother Thomas takes the widowed Pearl back to the island instead, the three of them “limping into the heat . . . an unholy of souls.”

Still on the island, Pearl’s drinking increases and she becomes immersed in the world of twelve children, mostly adopted by Thomas, who live there. If the children, who, “even with their many charms seemed like deadly little flowers to Pearl, budding Satans,” had driven her to drink, it was Thomas and not Walker who had driven Pearl from the island. Thomas is “a man of the world,” an empiricist who educates children to satisfy his curiosity. Pearl believes he ruins their minds. He “encourages their fantasies,” urges them to burn brighter, and does not care if they are consumed. Pearl wants Sam to escape the influence of a man “who could snap a child’s mind as though it were a twig.” Still, despite their “werewolf talk” and their murderous games, Pearl prefers the lives of the children to those of the adults: Thomas, a tyrant with a cruel streak that runs “from armpit to hip”; Lincoln, a married misogynist who jerks off in the sauna; Miriam, the sister-in-law equal parts despair and domesticity, who bakes cakes and sews scraps from other people’s disastrous lives into terrible dark skirts.

In The Changeling, it is the children who are “one with the magic and unutterable images”; adults, by contrast, are like “angels cast from heaven. Magic envelops you as a child and then the magic vanishes.” When one of the girls on the island, Sweet, gets her period, Pearl confides to her that “it’s a wonderful thing to become a woman.” But privately she admits: “To become a woman was to become a question when as a child one was all swift and shining answer.” Pearl understands growing up as a banishment that is “the beginning of death.” Children become burdened by memory and checked by convention; they “acquire their faces” and leave the animal world, the world of the spirit, behind. In The Changeling, to become an adult is to become fully human, and to be human is “to be homeless, furthest removed from the blessing of God.” God is shot through The Changeling like golden thread, but the glimpses Pearl catches offer her no comfort. She sees not the God of her mother’s “faulty and romantic vision,” but “a God of barbaric and unholy appearance,” unconcerned with human lives or human thinking. It is the relentless spirit that animates and transfigures the world, and its project is not progress but the metamorphosis that transforms and extinguishes every living thing.

It is a project that Pearl comes to believe Sam, her changeling child, shares, and one the novel ushers to a terrible close as it approaches the children’s birthday, celebrated jointly each year. While Pearl drinks and dreams, Sam shows the children how to find their animals: “their other, stronger, and more magical selves.” Though Pearl knows it is “improper to think that a child could offer her any salvation whatsoever,” still she wonders: “Could she be like one of them? She hoped so. The animal was inside her too, the little animal curled around her heart, the beast of faith that knew God.”

In his review, Broyard compares Pearl unfavorably to the protagonist in Williams’s first novel, State of Grace, writing that while Grace “transcends the natural,” Pearl “falls below it.” She fails our expectations of the real. But nature is changeling, “forever being fashioned into endless and impending transformations,” and for Williams it is we who have become unnatural, cut off from the nonhuman and our place in a dynamic, annihilating whole. Pearl’s thoughts and visions are a provocation to the limits we’ve placed on thought and vision, to protect ourselves from death and permit the relentless exploitation of nature. The Changeling wants to crack the carapace of realism rather than reinforce it, to see past the world of appearances to the world that “slumbers beneath . . . the same world, both painful and boring at once, savage and playful, radiant and hideous, benignant and inspired.” Literary realism implies that reality is independent of our conceptual and linguistic schemes, and revolves around a purely human (and usually middle class) center. But fixed conventions for “truthfully” representing the world risk stripping it of revelation. We are trapped by our attachment to what we see, and too often we see only what we recognize. The appearances of things, as Pearl says, “were like scabs upon her soul, a crust which kept her soul from light.”

Williams, for her part, has refused to scrape back the forms of her fiction.

In the beginning of the novel, Pearl recalls that the children once told her that “the sun was called the sun because the real word for it was too terrible.” Pearl feels she knows “all the terrible words but none of their substitutes.” She lacks the “appropriate euphemisms” that “[make] civilized conversation possible.” Williams is a writer who understands that words are always substitutions, and that they are, as Pearl says, “inadequate for anything but human concerns.” She is refreshingly uninterested in dramatizing those concerns, or indeed in civilized conversation. Civilization, Williams feels, has a lot to answer for: the systematic degradation of the natural world, the ruthless appropriation of its resources, the dishonor of the unknown. In an interview with Vice magazine, she relates that an essay commissioned by one publication was killed because in it she maintained that trophy hunters were psychopaths. In a culture that values only human gain and human goodness, Williams too lacks the appropriate euphemisms.

In her adroit and unsentimental essay “One Acre,” Williams describes the progressive transformation of Florida wetlands into condos and concrete. She parses it, in part, as a semantic issue: land becoming property. Land, as conceived by Aldo Leopold as a fountain of energy flowing through a circuit of soils plants and animals becomes land for development, which is divided into tidy parcels, scraped back and valued in square footage. Depth is traded for surface, and meaning is lost in the transition. Williams, for her part, has refused to scrape back the forms of her fiction. In The Changeling, as in the rest of her work, things flow up from dark, living places.

Forty years after The Changeling’s fretful first reception, Joy Williams is accepted as one of our most original and important writers. Still, it is notable how often she is described by critics, with a kind of distancing respect, as ruthless, belligerent, or cold. But if Williams refuses to kindle the golden glow of humanism, she invites instead a kind of radical empathy that permits, in her words, “a more generous conception of the whole.” Hers is the most daring and necessary invitation: to incorporate and be changed by that which we do not understand.

Olivia Parkes is a writer and painter based in Berlin. 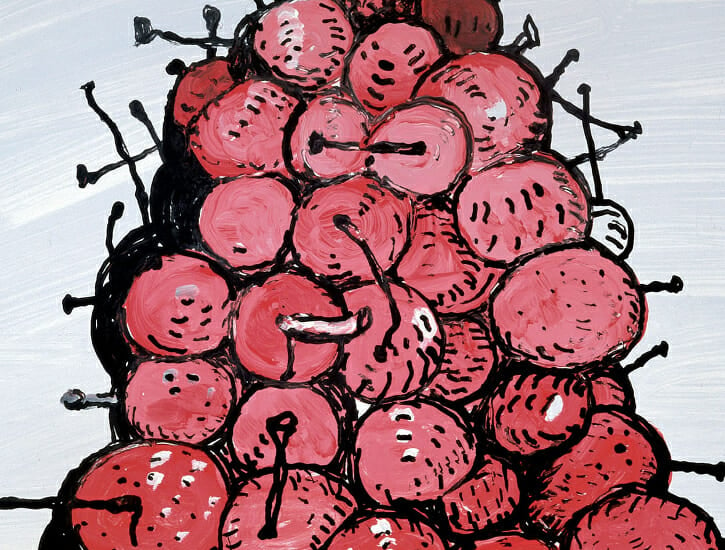 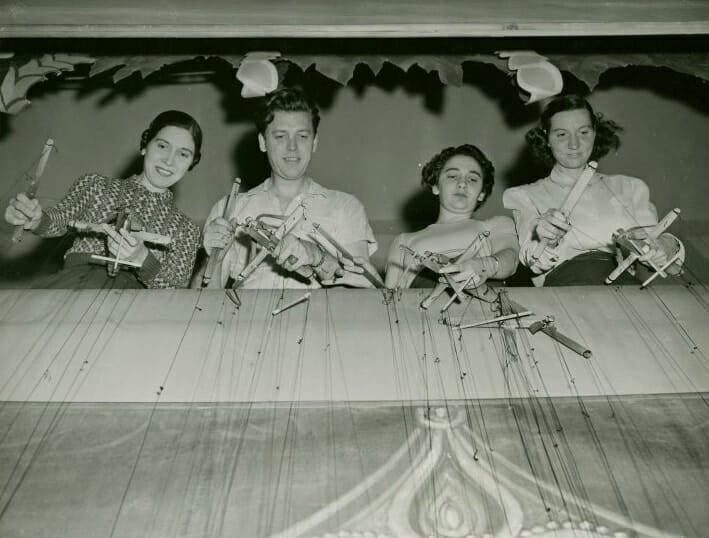 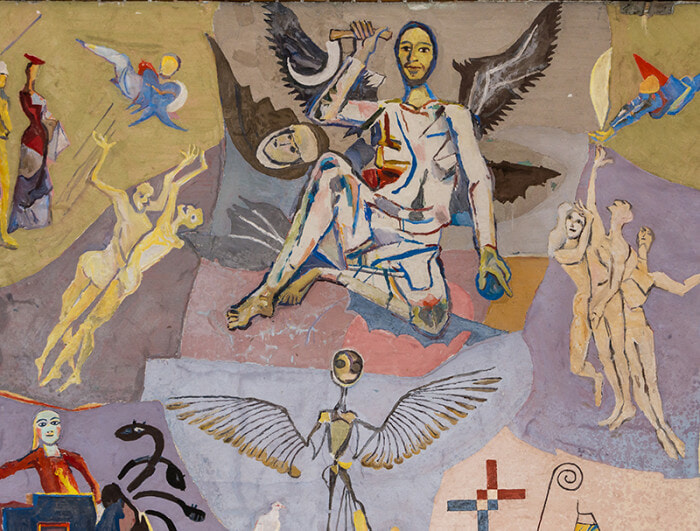