Elizabeth Holmes says she is a battered woman. Holmes, the former CEO of Theranos, a company that claimed to be able to perform complex diagnostic tests with just a pinprick of blood, is now alleging that she lied and defrauded investors and employees because she was under the control of her then partner and Theranos executive Ramesh “Sunny” Balwani. “Mr. Balwani is more than Elizabeth Holmes’ co-defendant,” according to the pleading Holmes’s legal team filed last year asking the U.S. District Court for Northern California to try the pair separately. It goes on to say that “for over a decade, Ms. Holmes and Mr. Balwani had an abusive intimate-partner relationship, in which Mr. Balwani exercised psychological, emotional, and [redacted] over Ms. Holmes.”  Such is the fear that Balwani invokes in Holmes, we are told, that she cannot effectively participate in her own defense if Balwani is in the courtroom. Their argument succeeded in separating the two trial proceedings. The trial of Holmes for fraud began August 31; Balwani’s trial is expected to start next year.

That is not the end of it. Holmes is also apparently planning to allege that she is not guilty because Balwani effectively made her lie by using the manipulative power he had over her. Holmes’s lies to investors, her subterfuge with employees, and her claims that Theranos had developed game-changing technology all took place, we are to believe, because of intimate-partner abuse. As one law professor writing on his blog put it, “I’ve been in this business for a long time and this is the first time I’ve heard of the mental disease or defect defense being used in a securities fraud case.”

The more common use of the defense is in criminal cases where a defendant facing criminal charges must prove that they cannot be criminally liable for an act because of a “mental disease or defect” which then prevented them from being able to “appreciate the nature and quality or the wrongfulness of his acts.”

In Holmes’s case, the introduction of this defense relies on the testimony and declaration of a Dr. Mindy Mechanic, who trial records say spent approximately fourteen hours evaluating the defendant at the behest of Holmes’s lawyers at the high-powered law firm Williams and Connolly. Mechanic’s actual report, which was attached to Holmes’s motion to sever her trial from that of her co-conspirator Sunny Balwani has been redacted. To find out how and why Mechanic decided that Holmes was a battered woman who should not be found guilty for her part in the vast scam that was Theranos, we will have to wait for Mechanic and Holmes (who is also expected to testify) to take the stand themselves.

It is necessary to take a minute here to appreciate how on-brand such a defense is for Elizabeth Holmes. Holmes has always been a master of illusion and stagecraft and her trial is merely one more opportunity to present a persona that jurors will exonerate. To look the part of someone who could pioneer a technology that would make blood tests almost bloodless, Holmes created a signature appearance. She dyed her hair blonde and wore black turtlenecks a la Steve Jobs, procuring the exact Issey Miyake ones that Jobs himself wore.  And then, because she likely still sounded like an average white woman with grand ambitions, it is said that she also allegedly changed her voice. Her supposedly new Theranos voice is a baritone, low and distinctive and perfect for the role that she had made out for herself.

Just as Holmes constructed a persona that aligned with investors’ mental image of the next great prodigy, she is now creating a persona that is meant to play on the sympathies of a jury.

Inhabiting this very particular aesthetic, the blonde, blue-eyed, and black turtle-necked Holmes positioned herself as the next Silicon Valley wunderkind; a female Jobs whose brilliance was so cosmic that she should never be asked stupid questions like does this technology work? or even where is my money? Choosing these particular attributes was a brilliant calculation, banking on the prejudices of mostly white Silicon Valley. Venture capitalists had seen many young white men peddling fantastic ideas, but Holmes created new excitement: her woman-ness just different enough, her whiteness just re-assuring enough to raise the hundreds of millions of dollars.

Just as Holmes constructed a persona that aligned with investors’ mental image of the next great prodigy, she is now creating a persona that is meant to play on the sympathies of a jury—that she was Sunny Balwani’s abused girlfriend, not a driven marketer for a fraudulent product. Astute as she is, Holmes realizes that people are no longer interested in distinguishing between the actual and the performative. For her, a studied impersonation of the brilliant entrepreneur, in charge of a large facility with brilliant workers, developing a machine that looks like it could change the world—not to mention a low voice, blonde hair, whiteness, and black turtlenecks—were all props, meant to dazzle a world obsessed with performance.

Now she will play the battered woman whose brilliance was appropriated by a foreign interloper. Is she capitalizing on Silicon Valley’s deep-seated but unarticulated racial prejudice? The brown man as abuser lives rent-free in the moral imaginations of most Americans; fed and fattened by routine depictions of brown men as inherently misogynistic. Holmes knows she doesn’t need to “prove” Balwani is that man, she merely needs to allude to it, whet the racist hackles in just one juror, to upend the prosecution’s case.

Then there is motherhood. Holmes, who just had a baby with her partner Billy Evans (who is conveniently an heir to small hotel fortune in San Diego) may well benefit—if not in the trial perhaps in the sentencing—from new motherhood, according to some legal analysts. Holmes herself has ditched black turtlenecks altogether and will be able to spend courtroom breaks in a “quiet room” in the courthouse with her baby. At one point or another, it wouldn’t hurt Holmes’s defense team to make sure the jury catches wind of this devoted mother’s precious quiet moments, that story exerting its own maternal pull on the mothers in the jury box.

In the un-redacted portion of her report, Dr. Mindy Mechanic (who Holmes is relying on to substantiate her transformation from a fraudster to battered genius) makes much of noting that battered women come from all socio-economic classes. Holmes’s wealth, Mechanic is trying to say, is no deterrent against abuse. She is entirely correct about this and her point illustrates the new complexities of holding Holmes responsible for anything at all.

Intimate-partner abuse, far more often than not, inhabits the unseen spaces of life in our hyper-visual and aesthetically obsessed society. Intimate-partner violence is empowered by its relative invisibility, and it makes sense that efforts such as the #BelieveWomen campaign have been a mainstay of recent feminist organizing. The premise of the hashtag is to encourage women to trust women when they do speak up about the invisible emotional violence that exist in the parts of lives that are not represented on their social media accounts. The insidious nature of coercive control that men exercise over women is slippery and hard to prove. It is this particular characteristic of it that Holmes has harnessed. If a feminist must believe all woman, then why not her?

One way to look at United States v. Elizabeth Holmes is as an illustration and an indictment of a society where everything has become a representation to the extent that millions of people only do things to create shareable content. An image master like Holmes could only exist in such a society where the impression of doing something original and groundbreaking is happily embraced based on how well it meets aesthetic expectations of what such a person, such a company, would look like. Just like reality television stars, who with their producers intentionally create a reality that people will believe is unscripted and hence true, Holmes is using our reliance on what looks true and our relative disinterest in the actual truth to her advantage. In so doing, she has left us with what she likely knows is an impossible task; unearthing the real, the culpable, the knowing and the fraudulent Elizabeth Holmes, from the many other versions she has created precisely to confound and confuse those who must decide her fate.

As if on cue, a peculiar moment of performance art made this point on the very first day of trial. That morning four blonde white women, dressed as Holmes, complete with messy buns and blazers identical to those Holmes prefers, appeared at the district courthouse. One legal outlet reported they made it into the courtroom, and yet one can imagine that at the time when the defendant was called, it was still not entirely clear whether the real Elizabeth Holmes would ever show herself. 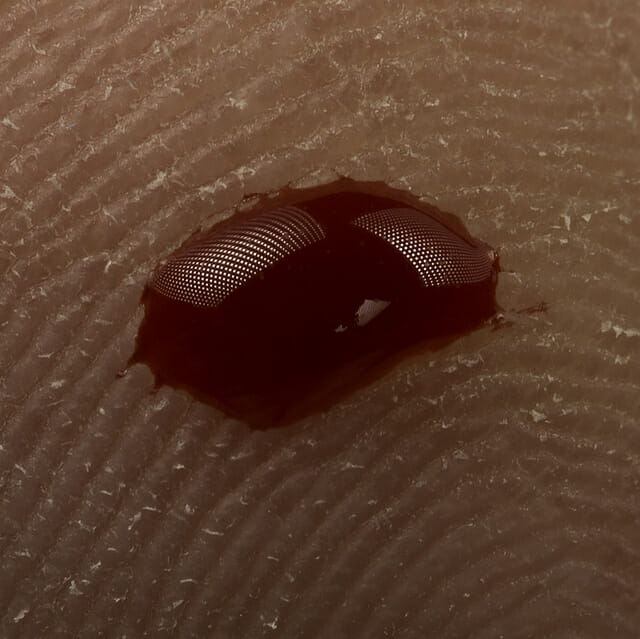 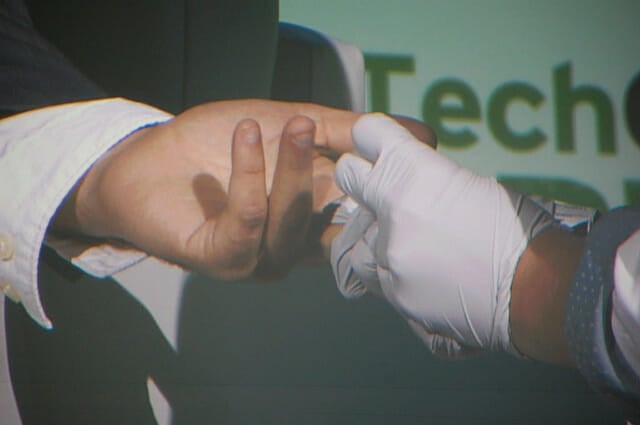 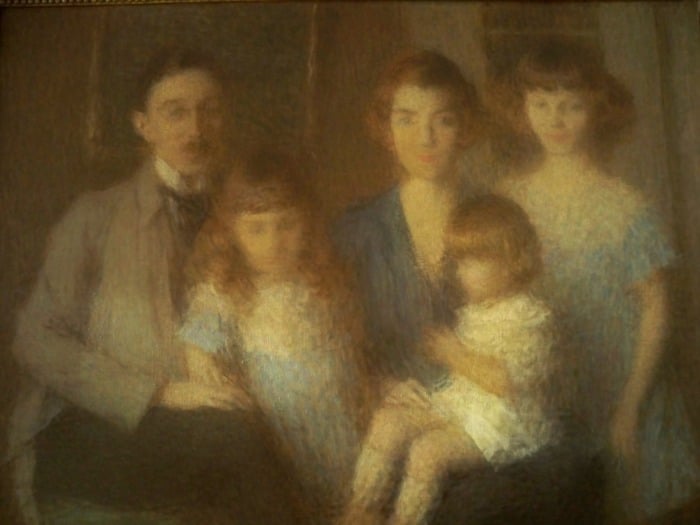