The New York Times published a story this week about one of those searing episodes in the life of working people in America that lately seem to occur with distressing frequency.

This particular story concerned an Arizona woman named Shanesha Taylor who, desperate for a job and unable to find child care, left her two young children in her car to go on a job interview. Her children were removed from her custody and she was charged with felony child abuse. Her tear-stained mug shot made national headlines.

There were many systemic failures that contributed to the economic pressures that led to Shanesha Taylor’s drastic act. These include her crap wages (despite her steady work history, Taylor, 35, was making approximately $12 an hour) and shockingly high student debt ($30,000, and she hasn’t yet earned a degree). But Taylor’s most urgent need on that particular day, was of course, child care.

So why wasn’t it available to her? Why did leaving her kids in the car and hoping for the best seem like her most viable option? There was a time when child care was a high-priority item on the feminist agenda. But after Richard Nixon vetoed a comprehensive child care bill in 1971, the dream of universal child care began to die. These days, it’s not even a blip on the national radar, except in the guise of a Bill de Blasio-style universal pre-K program. That’s an important policy, but it’s not the same as universal child care, full stop.

Indeed, it’s remarkable how completely women’s economic issues have dropped off the map in recent decades. The last major advance was the Family and Medical Leave Act (FMLA), and that was enacted over twenty years ago. But the leave granted by the FMLA is unpaid, and it fails to cover many part-time workers and employees of small businesses. Women’s economic issues have made limited progress locally—paid family and medical leave, and its more limited cousin, paid sick leave, have been enacted in a few states and a handful of cities, for instance—but they haven’t even budged on the national level. The era of neoliberalism pretty much put the movement for women’s economic equality into a deep freeze.

That’s why it’s so exciting that this election season, the Democrats have begun talking up women’s economic issues in a big way. The Dems have finally noticed something extremely important: of the various demographic groups that make up its base, the largest, in sheer numbers, is unmarried women. In 2012, unmarried women comprised 23 percent of the electorate and they voted overwhelmingly for Barack Obama, by a margin of 67 to 33 percent.

A perennial problem for the party is that midterm elections tend to produce an older, whiter electorate than the presidential kind. In order to avoid another electoral debacle like the Tea Party triumph in 2010, the Democrats need to strike themes that will not only turn out the base, but might also have crossover appeal to undecided voters and some Republicans. This is by no means an easy feat. But credit where credit is due: at long last, they’ve stopped vainly chasing after the votes of those conservative white dudes who were never into them in the first place. Thus, the emphasis on women’s kitchen table economic issues. Feminists and economic populists—and particularly those of us who are both—are thrilled.

Or rather, we’d like to be thrilled. But I’d suggest keeping that celebratory champagne on ice. A closer look at what the Democrats have on offer reveals that it’s actually less than meets the eye. On Monday, the White House hosted a much-ballyhooed Summit on Working Families, and while the President gave a nice speech, the event was short on substance. The speakers and panelists included, by my count, approximately five times as many CEOs as labor movement types (PDF). When I tuned in, MSNBC’s Mika Brzezinski and BET CEO Debra Lee were trading empowering tips on salary negotiation. 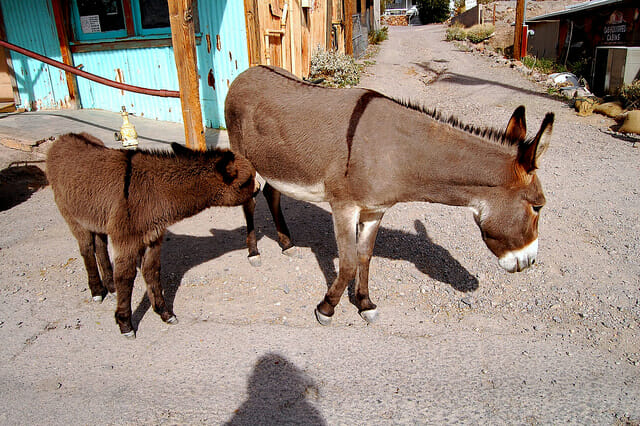 What will the Democrats do that will bring American work-and-family policies into the twenty-first century? Let’s get real: the existing policies are disgraceful. There are only three countries in the entire world that offer no paid maternity leave, and the United States is one of them (PDF). (The other two, in case you were wondering, are Oman and Papua New Guinea. Oy!) American women’s labor force participation is declining relative to women in other economically advanced countries. One study found that the main culprit is our terrible work and family policies (PDF). Another pair of recent studies found that the demand for long work hours (PDF) and the lack of flexibility in American workplaces (PDF) are the chief causes of the gender pay gap.

The main women’s economic policies the White House supports are the following: an increase in the minimum wage to $10.10 an hour, the passage of the anti-discriminatory Pregnant Workers Fairness Act, (exceedingly modest) increases in funding for child care and job training programs, expanding a few of those ever-popular tax credits for working families, and the usual terrifying-sounding public-private “projects” and “initiatives.”

And by the way, there’s also “Making Progress Toward Solutions for Paid Leave.” You’ll notice that the latter doesn’t include actually enacting a national paid leave policy. As White House senior adviser Valerie Jarrett explained earlier in the week, a paid leave program would require raising taxes. For Obama and other anti-paid-leave Democrats like Hillary Clinton, such an action would be unthinkable, apparently.

Other national Democrats are bolder. Late last year, Rep. Rosa DeLauro (D-CT) and Sen. Kirstin Gillibrand (D-NY) introduced a paid family and medical leave bill in Congress. But on the whole, the Democrats’ economic agenda for women is disappointingly tepid. There are many economic policies the Dems could be advocating, but are not—including pay equity legislation, an executive order to improve low-wage federal contractor jobs, and yes, a comprehensive child care system.

Unfortunately, given the anti-feminist, anti-labor extremism of today’s Republicans, it’s unlikely that even the mildest items on the Democrats’ work-and-family agenda will be enacted any time soon. That the Democrats are loudly talking up work-and-family issues after over twenty years of neglect is a hopeful sign. If they talk the talk, then maybe eventually they’ll walk the walk.

But before then, many more Shanesha Taylors will confront agonizing choices that pit their employers’ demands against the well-being of their families. Those are choices a decent society wouldn’t ask anyone to make.

Memoirs from Beyond the Grave

Art for No Man Is an Island.

No Man Is an Island

Martin Eden rails against the cult of individualism.

Art for Hanging by a Strand.

Hanging by a Strand

On providing therapy for agents of state violence.