Conservatives nervous about the “partisan chop” of the Trump administration, wrote Derek Robertson in June at the European Edition of Politico, have recently jumped on the wheelbarrow of “classical liberalism.” “I really call myself a classical liberal more than a conservative,” said Paul Ryan ahead of the 2016 election, before Trump stuffed his stocking so thoroughly he forswore all future Christmases. For his part, pundit Jonah Goldberg is right there with the Speaker. Classic liberals are people, Goldberg told Politico, “who are culturally liberal in the sense that they come from that world, from that tradition, and yet . . . they’re pursuing intellectual honesty to places where they run into the guild of academic liberalism and political correctness, and they feel the pinch of illiberalism up close.” Apparently, this pinch didn’t come earlier, when these self-reformers might have experienced the paradox at the heart of “classical liberalism”: that, as James Madison himself admitted, its rise was curiously coterminous with an era of slavery.

Yet the problem for might-have-been (or has-been) libertarians, traditional conservatives, and more classical “classical liberals” who swerve from Trumpism is the same, and it doesn’t involve the antinomies of political philosophy: the halls of classical liberalism are now crowded with personae non gratae of the new and newer variety. More specifically, “classical liberalism” is more and more filled with the dregs of the alt-right.

Clap your eyes, if you dare, on Paul Joseph Watson, idiot prince of the YouTube basement-dwellers, whose “classical liberalism” has led him to endorse the United Kingdom Independence Party. “You really want to know why I joined UKIP?” he asked the void, through his un-trademarked rictus, in a video uploaded to his channel at the beginning of July. “You’re either for or against free speech. Me being in favor of it doesn’t make me an extremist. It makes me a classical liberal.” Watson feels compelled to continue: “UKIP is the only major political party in this country that supports free speech.” The next day he tweeted a link to the party’s registration portal.

Paul Joseph Watson once worshiped at the altar of an alt-right imagined by Steve Bannon to be a riposte to the establishments, but now he calls himself a classical liberal.

The specifics of Watson’s politics-as-performance-art have long been clear: he has campaigned against multiculturalism; he has repeatedly diagnosed online feminism as a refuge for “fat ugly women”; and he has attempted to lay the blame for police brutality at the feet of Black Lives Matter. He serves as an editor-at-large of Alex Jones’s notoriously unhinged Infowars.com—which was recently demoted on, of all things, the internet—and he found early fame as one of the shrunken heads involved with 2014’s #GamerGate. He is, in other words, UKIP material.

And though he has claimed himself a classical liberal since at least 2015, it is only recently that his assertion has gathered the apparent intensity of a held conviction. This is strange insofar as you don’t have to jump back far to find Watson, basking in the schadenfreude of Trump’s election, baptizing his conservatism “the new counter-culture,” or else placing himself at the vanguard of the alt-right. Today, though, he rejects his birth out of the amniotic fluid of white male anxiety that nourishes the alt-right. Instead, Watson has embarked upon a rebrand:

[Joining UKIP] makes me diametrically opposed to the alt-right, who now brazenly admit that they’re against free speech . . . And yet, a dozen or more mainstream press outlets just called me alt-right. . . . If you really think meme lords, and center-left classical liberals are far-right extremists, what does that say about you?

Watson isn’t alone. Among his ideological cohort is a man named Carl Benjamin, more famously known by his YouTube handle, Sargon of Akkad. Sargon is, like Watson, a pundit who peddles a suite of reactionary twaddle: that it was the unjust social humiliation of Elliot Rodger that motivated him to kill; that a racist lawyer intimidating workers at a deli was “defending American culture”; that the movie Black Panther was black supremacist dogma. And, like Watson, Sargon identifies as a classical liberal. At the end of June, he too joined UKIP.

There is also the Canadian pseud Jordan Peterson, who has sold out lectures about the elemental necessities of masculinity, garnering both reverent and mocking appraisals from the New York Times. You guessed it: Peterson, in January, called himself a “classic British liberal.” And there is Dave Rubin, a commentator who refers to himself as a classical liberal and serves as a conduit for these personalities. Peterson, Watson, and Sargon have all made appearances on Rubin’s YouTube talk show, alongside Trump liaisons like Sebastian Gorka and white nationalist figureheads like Lauren Southern.

Of course, Watson would like you to believe that he is a disciple of an Enlightenment tradition, and he would like to position his opponents as enemies of the First Amendment—a swan song belted out by many sub-comedians who have run out of content. But, in Watson’s case, this is all more likely a rebrand born from a mutation in the Meme Wars. Watson once worshiped at the altar of an alt-right imagined by Steve Bannon to be a riposte to the various establishments; it was an insurgent faction armed with a 4chan patois its adversaries, it claimed, couldn’t yet process. Now—outmaneuvered and outmemed by a left making measurable gains—Watson and his ilk are dabbling in cosmetic changes. Whatever it takes to maintain a platform of gender and racial and economic hatred. The same applies to Ryan and Goldberg—they just have different kinds of friends, different people to please.

But it is also true that certain YouTube reactionaries never totally gelled with conservative orthodoxy, if only because they count among their forbears and peers both Enlightenment-core and New Atheists trolls, such as Steven Pinker and Richard Dawkins, who steadily spiritualized their faith in (a cartoon of) Enlightenment values. This conflict-of-belief exposes vulnerabilities in recent classical liberalism: namely, that supporting the First Amendment—or just producing memes—is not by itself a coherent or actionable political platform. And yet Dawkins, in an effort to deal with Trump’s First Amendment-ite “religious liberty” scam, which exploits this very problem, has resorted to—what else?—both.

It’s fair to wonder what will become of those, like Pinker and Dawkins, who find the domain of liberalism extended beyond their control. Will their shared faith in magical liberal self-correction guide them through this bog? Or will they stand idly by as right-wing “classical liberals” like Watson speak on their behalf at, say, universities? Will they oppose UKIP’s attacks on socialist bookstores? Or will they all, eventually, join hands? If you really want to know, you can probably find out on YouTube.

Luke Winkie is a writer and former pizza maker from San Diego, currently living in Brooklyn. In addition to The Baffler, he contributes to Vice, PC Gamer, Kotaku, Rolling Stone, Polygon, and Mel. 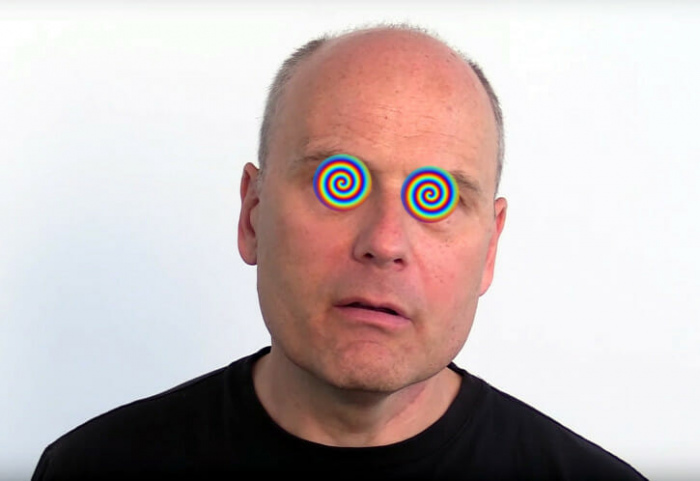 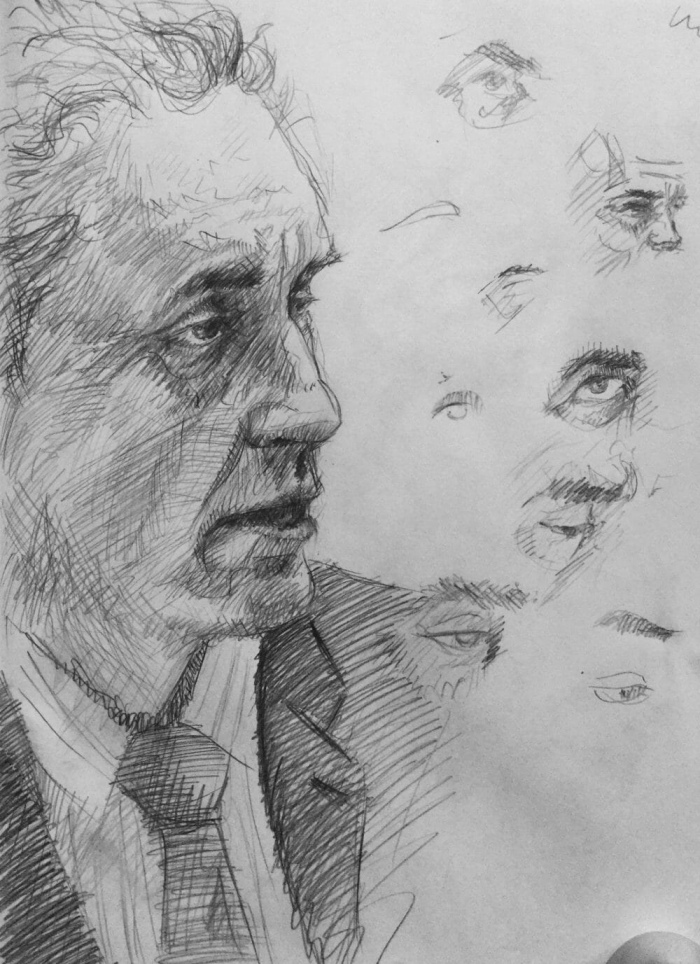 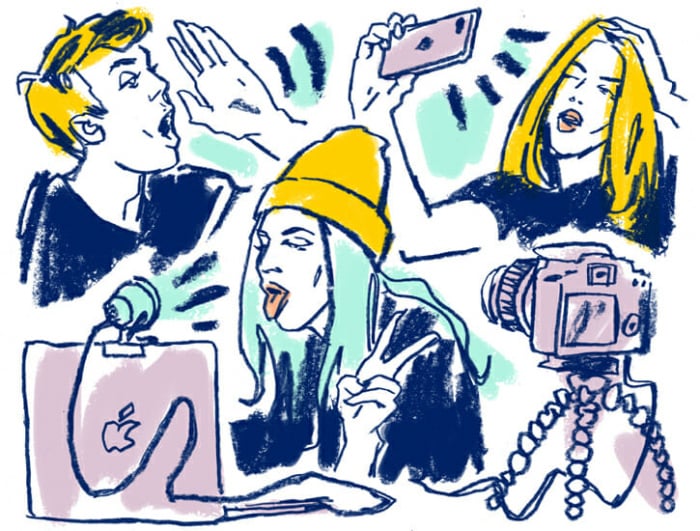