Earlier this month, America woke up to another mass shooting. The venue was a baseball field where members of the House GOP were practicing for the Congressional baseball game that was to be held that Friday. The target—or one of them at least—was House Majority whip Steve Scalise. In the gasping moments that followed, the faces of television anchors were splayed with magnified horror, their voices raised in that special post-terror volume of alarmism as they waited for the denouement.

Then, as soon as the demographic and domestic details of the shooter emerged—a white man with a political gripe who had been hanging out at the YMCA and living out of his van for the past several days—interest in James T. Hodgkinson of Belleville, Illinois began to recede. Even while the condition of his victim Steve Scalise remained critical, the fickle attentions of news anchors turned elsewhere. Without a brown and Muslim terrorist, the panegyrics lacked the flavor that is the staple of the fear-foddered American palate. A white gunman is code for business as usual, no terror experts, and no back-to-back coverage for days on end. When the New York Times ran its profile of Hodgkinson, three days later, the authors omitted the word “terrorist” entirely, going instead with the more home-spun “mass-shooter.”

Such sleights of semantics have become the basis for what is a larger and largely accepted rubric, one that holds only those violent acts committed by the brown and Muslim terrorists as terrorism at all. Had the racist and Islamophobic dimensions of this kind of categorization not been widely accepted, other commonalities between, say, Hodgkinson and Khalid Masood, the man who attacked Westminster Bridge—or even Mohamed Lahouaiej-Bouhlel who killed eighty-six people in Nice, or Dylann Roof, the Charleston shooter—would have been noted, traits that are of particular interest to feminists.

First among them is the fact that many terrorists and mass shooters reveal an early proclivity toward “intimate terrorism” the violent abuse and victimization of the women in their lives. Evidence is everywhere, including the Times profile of Hodgkinson, which details how Hodgkinson dragged his grandniece (who is also his foster-child) by the hair and choked her. In previously filed court papers, the same girl had described Hodgkinson as an alcoholic and complained that he repeatedly beat her. When a neighbor tried to come and rescue the girl, Hodgkinson took a shotgun to the intervening neighbor. In a separate event, Hodgkinson’s foster daughter Wanda committed suicide by dousing herself with gasoline.

The failure to call a white shooter a terrorist ends up defeating the attempt to link intimate terror to all terror.

Similar stories fill the background of other terrorists. Relatives of Farzana Isaq, the ex-wife of Westminster terrorist Khalid Masood (born Adrian Elms) said she was abused and controlled by the Masood until she finally fled from him. Omar Mateen, the man who carried out the attack at Orlando’s Pulse nightclub held his first wife, Sitora Yusufiy, hostage but was never held accountable for that crime. Last year another terrorist, Cedric Ford, shot and killed four people and injured several more after taking an assault rifle to his workplace. He had been served a restraining order on behalf of his girlfriend just an hour and a half earlier. Finally, Boston bomber Tamerlan Tsarnaev was arrested in 2008 on a domestic violence charge after a 911 call from a woman who said he had struck her on her face.

Feminists have called out this obvious and recurring link, the easy justification of violence against women and violence against strangers. In the trickle of articles and think pieces that were written in the aftermath of the Virginia shooting, many noted the link between the two by citing FBI data that shows that 54 percent of mass shootings include an intimate partner and that 16 percent of all mass shooters have a previous conviction for domestic violence. But such feminist analysis stops short of noting how the terms “mass shooter” and “terrorist” are deployed based on the racial and religious identity of the perpetrators. Yet this is important because what masks a little often also ends up masking much more. The failure to call a white shooter a terrorist ends up defeating the attempt to link intimate terror to all terror.

It is also true that most feminists who have tried to establish the link between the toxic masculinity that insists on violent dominance over women and then graduates to the brutal elimination of innocent strangers have been white. Jane Mayer writing in the New Yorker last week and Rebecca Traister and Amanda Taub who have commented on the issue earlier, have perhaps been unaware of—or reticent to dig into—the racial dimensions of mass shooter versus terrorist distinction or expose its coded meanings.

But the task isn’t much easier for brown feminists whose eagerness to draw out the link can be misconstrued (or correctly construed) as a willingness to inform on brown men, and substantiate before whiteness the long-loathed private brutishness of brown men. Some brown feminists such as the authors of a June 11 letter published in the British newspaper The Sunday Times seem to be angling to inhabit just that role, capitalize while they can on white fears. Offering themselves up as having specialized community knowledge, they imply that terror charges could be considered for all the brown men found accused of domestic violence. In this way, they too can gain admission into the grant-rich and funding-laden terror industrial complex and its gain their bit of bounty of the lucrative task of catching terrorists.

A less lucrative but more urgently feminist truth is that toxic masculinity—whose illogic may begin as the justification of the violence inflicted on women in a man’s life and then expand to strangers anywhere—can afflict not just Muslim men or British men but rather anyone who seeks to control, using an easy, violent solution to life’s complicated problems. The vexations that otherwise would require us to understand and tolerate and forgive are instead solved from behind the barrel of a gun, an explosive belt, militarized trucks driving up and down city streets. The glib creation of categories that imply a difference between the mass shooter, usually mentally ill and white, and the terrorist, always Muslim and nearly never white, cannot and should not mask the misogynistic root of the terrorist act.

Nor should it mask the fact that the “security measures” put in place following terrorist attacks on non-Muslims leave a disproportionate burden on Muslim women, who are seen as visible pawns on which the state can assert its own power. This state-sanctioned version of toxic masculinity includes French police pulling off burkinis off the bodies of Muslim women on French beaches and school guards pulling off headscarves from Muslim teens. In the latter case, the girl had approached the guard because she was being harassed by another student who was calling her a “terrorist.” It is a cruel twist, and one least noticed and rarely commented upon by feminists or others: the agents of a brutish state, its coffers fed and full, enact its own tableaus of toxic masculinity when it makes Muslim women’s bodies the playgrounds for its projections of power. 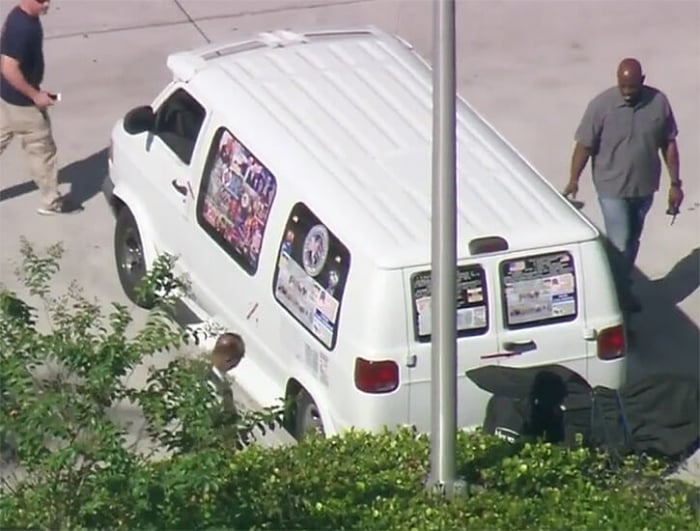 Having it Both Ways
David Neiwert
Word Factory 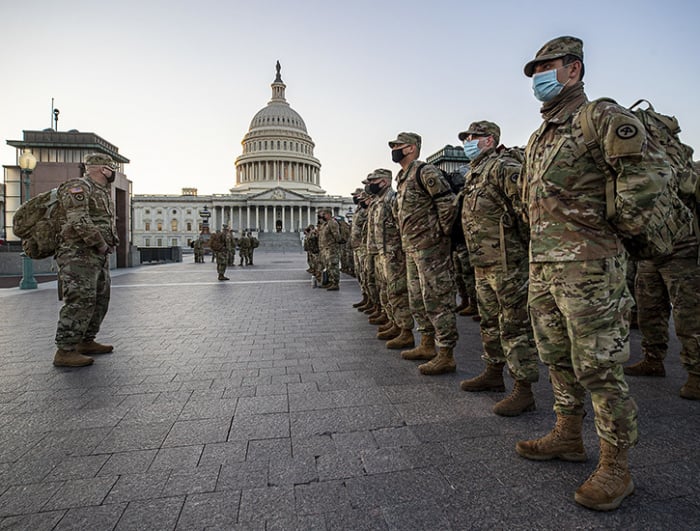 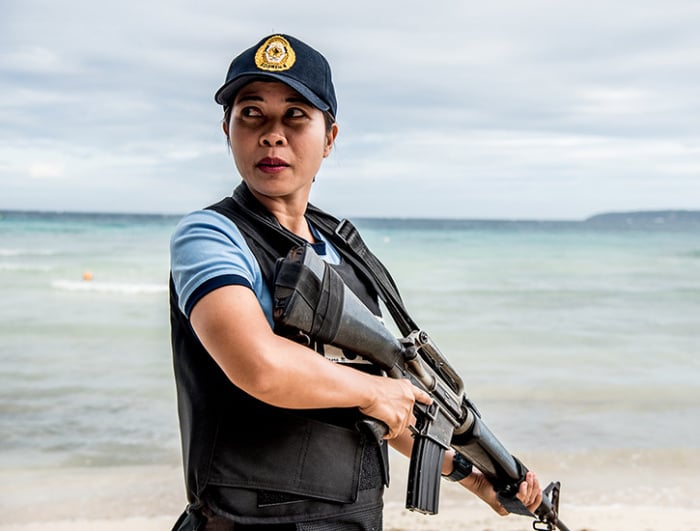